The celebration of giving thanks

For the Native Americans, the apocalypse is not in the future, but has been their present since their mass extermination began; In the face of our global apocalypse, this year I celebrate Thanksgiving, because it helps to survive better 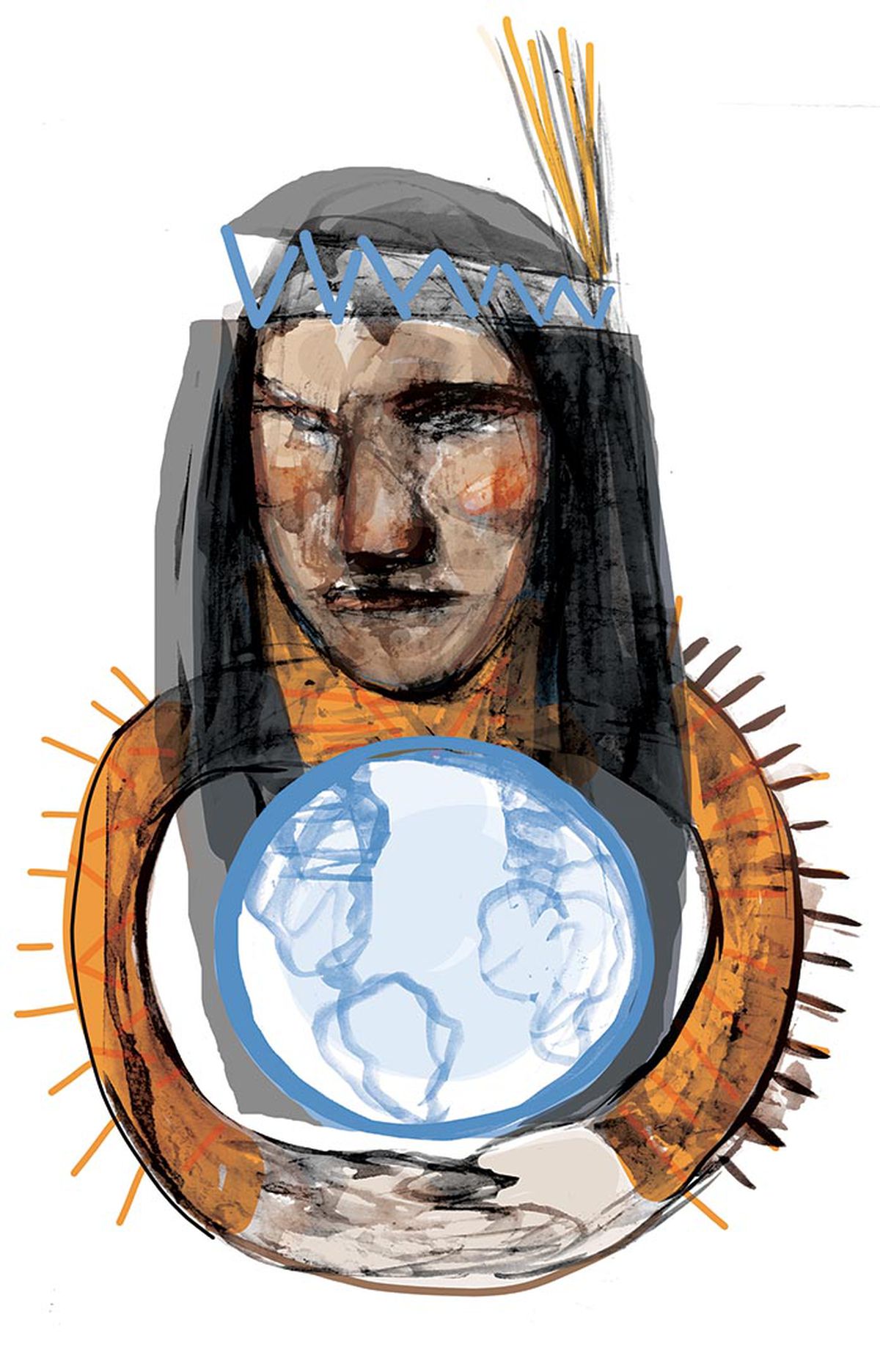 Thanksgiving is one of the most important holidays in the United States, although controversial due to its origins: the gratitude of the colonists for the help that the Native Americans offered them, the same natives whom they practically exterminated.

Beyond ideological reasons, I have never celebrated any party.

Thanksgiving coincides with my daughter's first birthday and this leads me to unexpected reflections.

This morning I carefully chose her first candle, and at that moment I noticed a detail that only now seems important to me: of all the birthday celebrations that I remember from when I was a child, none were mine.

My parents never celebrated my birthday.

I don't celebrate holidays, but I did learn to give thanks, and perhaps in its beginnings it was a form of defense.

When my mother's lentils burned a bit, my father would throw the plate on the ground and I, eight or ten years old, immutable, would take the spoon to my mouth while saying: "I think they are very good."

Of course I was lying, but it was my way of saying thank you for that meal that my mother, for better or worse, had cooked for us, and of course through that gratitude she was trying to alleviate my father's violence.

I don't know at what point my sense of gratitude was released from its function as a defensive weapon and was left with no more (or less) purpose than to say thank you.

My daughter was born in New York, and my gratitude and concern for the situation of Native Americans in the United States appears to me as something less disinterested than pure solidarity, if that is complete purity in concern for the

I know that in this defense of the land of birth, of the ancestors, I see the risk of losing my own land.

I think about what it means for me to have spent half my life in a foreign country, to have put my daughter in the world far from the world that welcomed me, and at what point did I begin to forget certain features of Seville, my city native.

The last time I went I didn't know how to walk it.

When I wanted to recreate the path from my house to the conservatory where I studied piano for eight years, I hesitated.

I thought my city would wait for me forever.

When did the point of no return happen?

How long could I have returned so that her map remained intact in my memory?

Not returning to your land is like spending a long time without looking at yourself in a mirror: your face is not going to blur,

On April 1, 2016, LaDonna Brave Bull Allard, a Sioux woman from the Standing Rock Reservation, set up a sacred encampment to protest a gargantuan feat of engineering: a nearly 1,300-mile-long pipeline that would begin in North Dakota. .

As construction began to approach the vicinity of Lake Oahe, protests began at Standing Rock.

This work, in addition to a human and environmental catastrophe for the Missouri River water reserve, involved passing through burials and sacred grave goods.

By the end of September, more than 300 Native Americans from different tribes had settled in the camp.

For the first time, the different Native American tribes met in the same place to fight for a common cause.

This meant a necessary hope for a group whose suicide rate is 3.5 times higher than that of other ethnic-racial groups.

The Dakota Access pipeline hired a private security company, and while the machines

removed the lands where the ancestors of the natives rest, the complaints were silenced with dogs that, incited against the unarmed population, appeared before the television cameras with their fangs drooling blood.

In addition to the attack with dogs, the natives were handcuffed, pointed with assault rifles, with halogen reflectors, grenades, acoustic weapons, tear gas, and spiked batons were used.

In front of their famished horses, the military trucks, the

from the Dakota National Guard;

In front of the raised fists of the Sioux, helicopters, airplanes and other technologies of social control flew overhead.

It seemed like a fight between two civilizations that belonged to different centuries, not only technologically, but also in terms of the very conception of the world.

According to the data of the Sioux historian Nick Estes, only in trying to silence the peaceful settlement, 17 million dollars were invested.

To want Standing Rock to win the battle is to take back part of my home in Seville.

My parents had bought it as a subsidized home in a neighborhood, La Alameda, which at that time was one of the main centers of prostitution in the city.

Some mature prostitutes chatted sitting on wooden and wicker chairs.

I noticed that at certain ages pubic hair falls out, that's why they dyed it.

They smiled at me as if they didn't carry the burden of being so bastard.

My house had seven balconies, all with carnations and geraniums, and on the corner there was a summer cinema —Cine Ideal— whose cinematographic dialogues resounded on the always hot nights of Seville, and whose screen I could see if I went up to the roof.

I started watching movies there.

I wasn't even 13 years old when once, on my way home from school,

a man stopped the car and asked me how much I would charge him.

Later many more came, but I got used to it, because my house had seven balconies, and a summer cinema on the corner.

In a conversation with Chase Iron Eyes, a member of the Oglala Sioux tribe, he reminded me of that notion in Native American thinking that the apocalypse is not in the future, but has been their present since the century their extermination began. massive.

A few years ago, perhaps the notion of a localized apocalypse, ignored by most of the planet, would have struck me, but I think that today we can all get an idea of ​​what the global apocalypse is like, the one that is coming and we already feel like putting the heard on the ground we perceive the vibrations of a nearby train.

The world has become tremendously hard, the prospects are not good, and living without a tribe saddens survival.

I often wonder what the consequences of living far from the tribe are, what are the effects of exile on people's souls.

I have not found many answers, but one of which I have no doubt: it is better to resist by saying thank you.

I give them for many reasons, but today I am especially grateful that I can and want to celebrate my daughter's birthday.

In this celebration I open for her the seven balconies of my childhood, the authentic candor of the prostitutes in my neighborhood, the summer cinema from the roof.

Yes, I already knew how to give thanks, but now I'm learning to give her thanks her due celebration.

She survives better that way.

And the next birthday candles I buy will be mine for the first time.

is a writer, author of

Six ways to die in Texas

Lighting the Christmas tree in the Armenian neighborhood of Homs 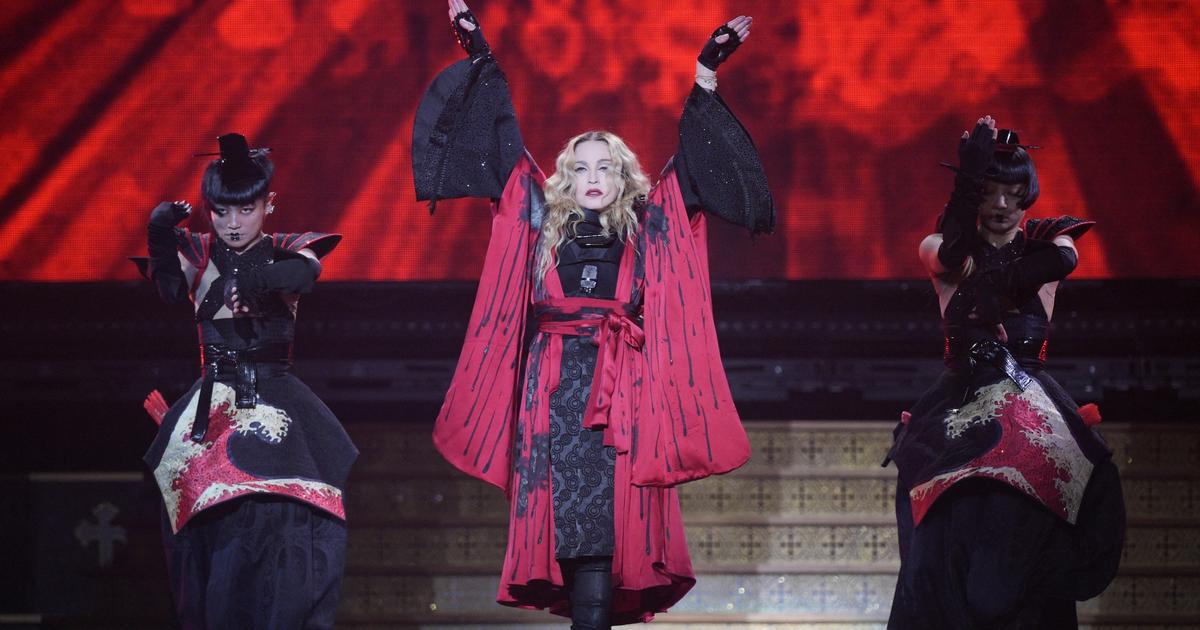 Celebration of the Tree Festival... Planting (200) forest trees in the Martyrs' Garden in Al-Hasakah Plan the perfect New Year's Eve party without the stress 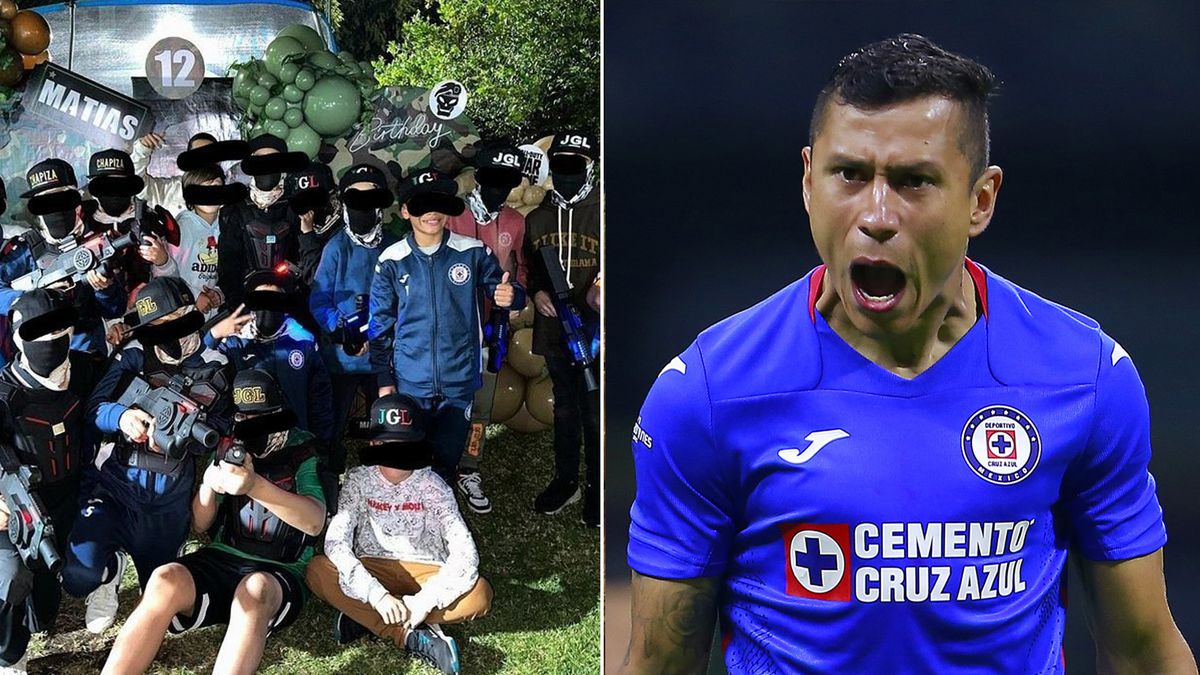