The people in the district of Miesbach: Actually healthy, it's just a problem with the liver Created: 11/30/2022 10:06 am Healthier than average: people in the Miesbach district are diagnosed with fewer diseases than in the rest of Germany. According to a study by the Barmer Institute for Health Systems Research, asthma occurs particularly rarely, but it looks a little different with liver disea

Healthier than average: people in the Miesbach district are diagnosed with fewer diseases than in the rest of Germany.

According to a study by the Barmer Institute for Health Systems Research, asthma occurs particularly rarely, but it looks a little different with liver diseases.

The incidence of illness in the district of Miesbach is sometimes far below the national average.

But there are exceptions.

This is one of the findings that Barmer draws from her recently presented morbidity and social atlas (we reported).

The district of Miesbach, with its population that tends to be well off – but also above average age – ranks fifth among the healthiest districts and urban districts in Bavaria.

Outside of Bavaria, only three Württemberg districts make it into the top ranks.

A slightly deeper look into the data set.

As reported in the national part, the relative number of people affected by skin diseases in the district of Miesbach is particularly low: 116.2 out of 1000 people means second place in Bavaria with a value that is 24 percent lower than the national average (152).

The district of Miesbach is even the best in Bavaria when it comes to nutrition-related diseases.

It is lower only in the Zollernalb district and in the Böblingen district.

The region is also far ahead – 22 percent below the national average – when it comes to gastrointestinal diseases (esophagus, stomach, intestines, but also fungal diseases).

In Bavaria there are only three less affected regions.

Adiposity (obesity) is diagnosed particularly rarely in the district.

Miesbach shares the top spots with other wealthy areas such as Tübingen, Baden-Baden Starnberg and Heidelberg, which undercut the national average by around 50 percent.

Asthma is rarer in the Oberland than almost anywhere else in Germany, 44 percent below the national average.

Miesbach is also far ahead when it comes to diabetes, and quite good at multiple sclerosis and strokes - everything is diagnosed much less frequently than in the rest of Germany.

So the district is in good health?

The district has higher values ​​than the national average for three disease categories examined by Barmer: The district was two percent above the average for acute severe stress reactions/adjustment disorders and eating disorders.

Prejudices could be substantiated with the diagnoses of liver disease: six percent above the national average with 55.4 affected per 1000 inhabitants (Federal: 52.2).

Whereby the district ranks well below the German value for drug and alcohol abuse (minus 31 percent with 12.7 victims per 1000 inhabitants, nationwide: 18.4).

Liver diseases are also one of the rare cases in the study, in which large parts of southern Bavaria perform below average.

But the same applies to the other regions around Munich: according to the study, this is not due to alcohol or drug abuse.

Taxi driver films wild animal on federal highway in Upper Bavaria: was it a wolf?

Video of taxi drivers in Upper Bavaria continues to cause guesswork

The district scores only slightly better than the national average for diseases of the muscles and skeleton (minus four percent), for diseases of the blood vessels of the brain (minus one, except for strokes, see above), for gout and arthritis (minus five) and about blood poisoning (minus two) off.

When collecting the data, Barmer used and extrapolated data from its own insured persons, taking into account that the group of customers is structured differently than the German population as a whole. Fight for existence: bakers in the district of Miesbach feel a shortage of skilled workers Children with fatty liver: One in three is affected – the reason is improper nutrition 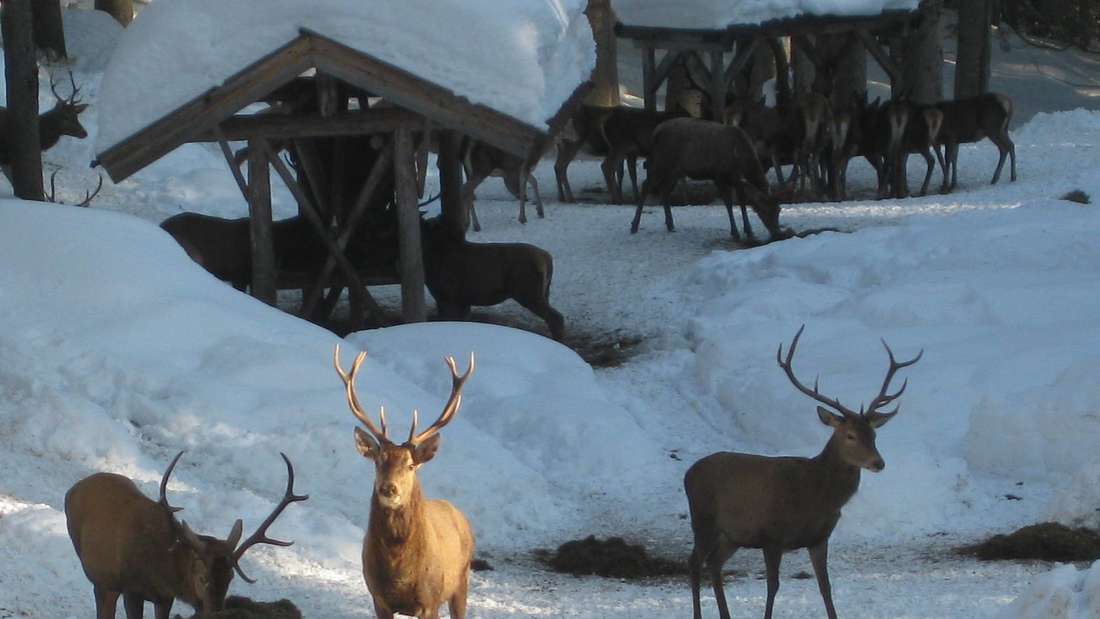