Yolanda Díaz bets on "reaching out" to the Mexican Government

The second vice president concludes a three-day official visit also marked by current Spanish politics and defends that the term "rape culture" used by Montero is an "academic concept recognized by the UN".

Spanish politics is abuzz and escaping from its current affairs is an impossible mission.

Not even during her official visit to Mexico, the second vice president, Yolanda Díaz, has been able to isolate herself from the tension experienced this Wednesday in the Congress of Deputies, where the accusation by the Minister of Equality, Irene Montero, of a PP that she has accused of "promoting the culture of rape" has caused a new dispute in the Hemicycle.

In statements to the media after signing a memorandum with the Secretary of Labor, Luisa María Alcalde, Díaz has defended the use of an "academic concept recognized by the UN", although he has qualified that, due to the time difference, he has not been able to follow the discussion.

On her last day of work in Mexico,

“The Minister for Equality has referred to an academic concept that is recognized by the UN and the EU equality bodies.

It is good in politics to do pedagogy ”, Díaz has supported, who immediately added.

"I have not been able to follow the debate, therefore prudence", she commented in relation to the context and tone of the statements.

The vice president did refer to the controversial campaigns of the PP in Madrid and Galicia that have given rise to Montero's words.

"A campaign in which women are held responsible for different forms of violence is deeply incorrect, it should have been withdrawn immediately (...) I do not share it at all," she criticized.

Also questioned about the explanations in Congress of the Minister of the Interior, Fernando Grande-Marlaska, for the tragedy on the Melilla border on June 24 in which at least 23 immigrants and refugees died, the vice president has once again excused herself for not knowing the details.

“I have followed it very poorly.

I want to be prudent.

I anticipate that the facts are serious.

Respect for human rights is not questionable and we have the right to know what happened to correct what would have happened ”, she has settled.

Díaz has concluded this Wednesday a three-day tour of Mexico, which began with his participation in the Guadalajara International Book Fair.

After the visit of President Pedro Sánchez in 2019, his meetings with Foreign Minister Marcelo Ebrard, the head of the Government of Mexico City, Claudia Sheinbaum —who is emerging as the main candidate to replace López Obrador in the 2024 elections— and Mayor are the highest level between the two countries and arrive after complex months.

The Mexican president asked to “pause relations” in February, although a month later the Spanish Foreign Minister, José Manuel Albares, traveled to meet with his counterpart and agree to “accelerate” them.

“We are two countries that we cannot explain without reaching out.

I'm here to lend a hand like I always do.

I only have, on behalf of the Government of Spain, thanks to this country", Díaz defended before recalling the Republican exile welcomed by Mexico and appealing to "ties" and "shared history".

“There are 7,000 Spanish companies in Mexico, we have more than 60,000 Mexican people in our country, more than 161,000 Spaniards in Mexico, common ties, and governments that defend the people.

Therefore, here where I am, in what is useful, as I just told Claudia [Sheinbaum], of course I am going to facilitate all relationships ”.

The head of Government of the capital has revealed on social networks that during the meeting of her Díaz and she have talked about gender equality and work.

“Claudia is a progressive and feminist reference who is leaving her skin for her city.

We continue to build international alliances that protect the majority of our countries”, stated the vice president.

We received the Spanish ambassador in Mexico, Juan Duarte Cuadrado, and the second vice president of the Spanish Government, Yolanda Díaz Pérez.

We address issues about the world of work and gender equality.

After signing a memorandum to encourage collaboration in social and labor matters with her Mexican counterpart, which coincided with the start of the team's match against Saudi Arabia that has paralyzed the city, the Galician leader has also defended the "shared roadmap". between his ministry and the Secretary of Labor and the “need” to have “strong unions”.

"It is no coincidence that unionization is being fought from the right and the extreme right," Díaz has also warned, who in the last year has raised his international profile while building his own political project, Sumar, with his sights set on the generals.

Over the next month and a half, the vice president will arrange her institutional agenda, which includes a tour that will take her to Argentina, Uruguay and Brazil,

with the tour of the territory to present its platform.

All, in addition, leading Unidas Podemos within the coalition at a time of strong tensions between the partners, with several laws delayed or blocked in Congress and the open battle with Podemos for its role in the future project. 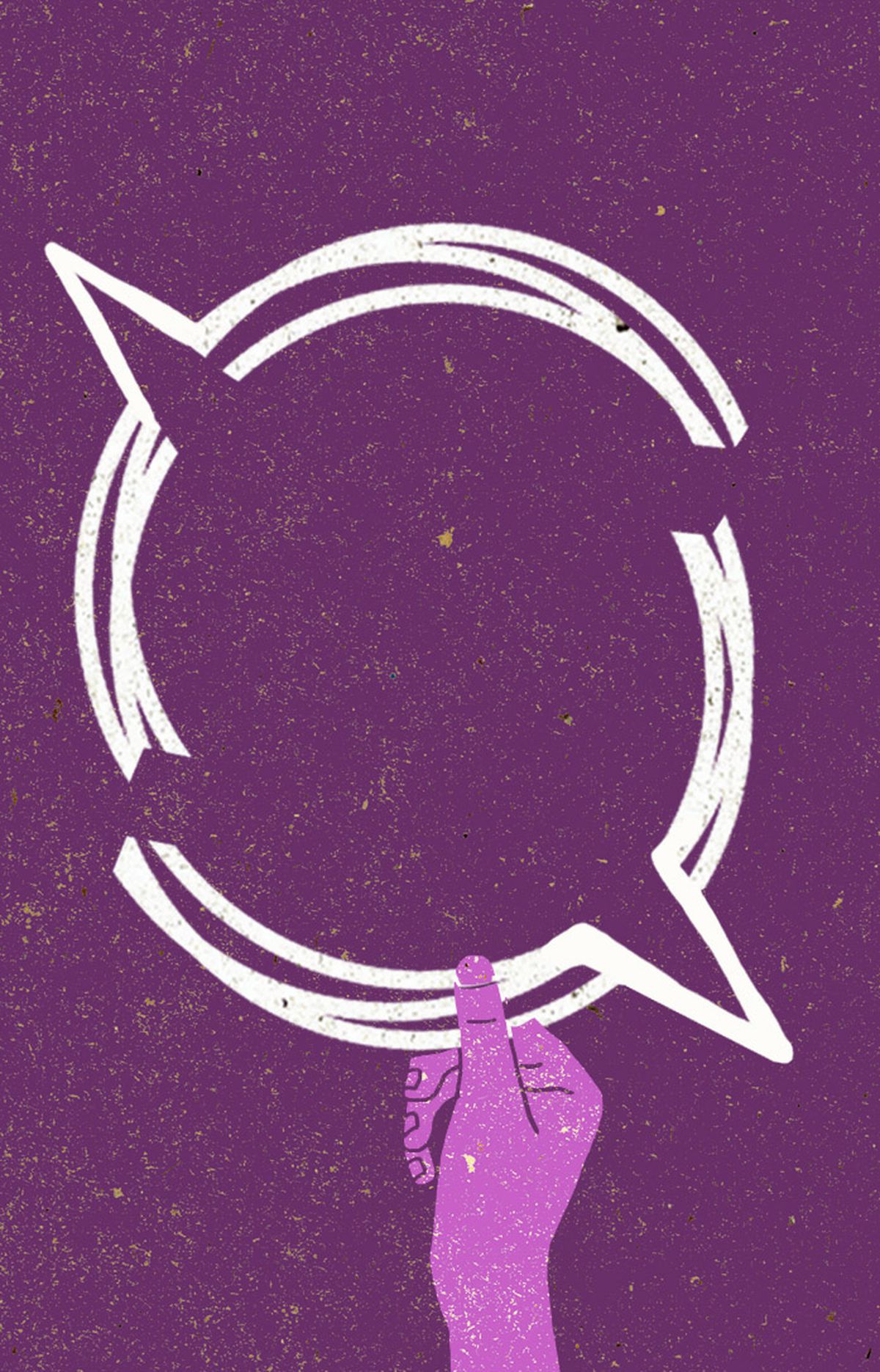 Yolanda Díaz and the advice of the Pasionaria 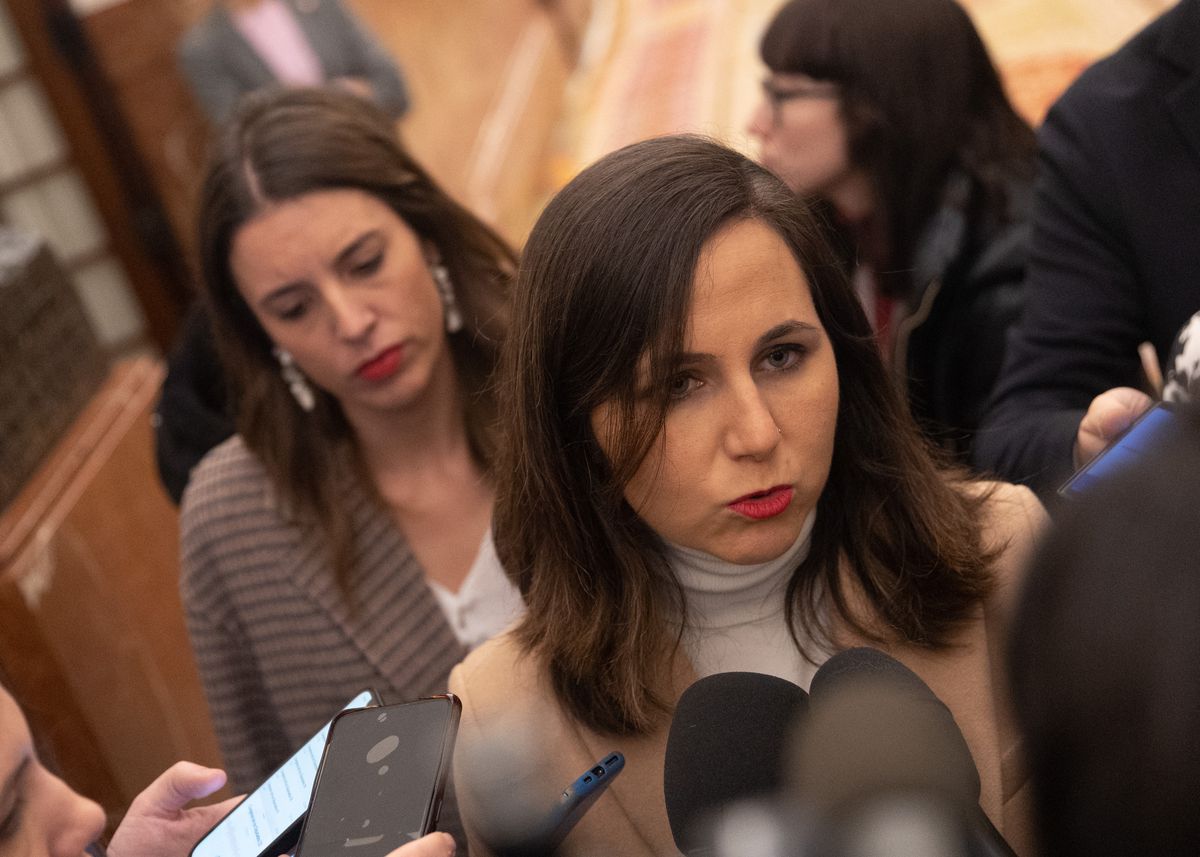 Belarra wants Yolanda Díaz to campaign for UP in May and urges her to define her candidacy: "We now need certainties" 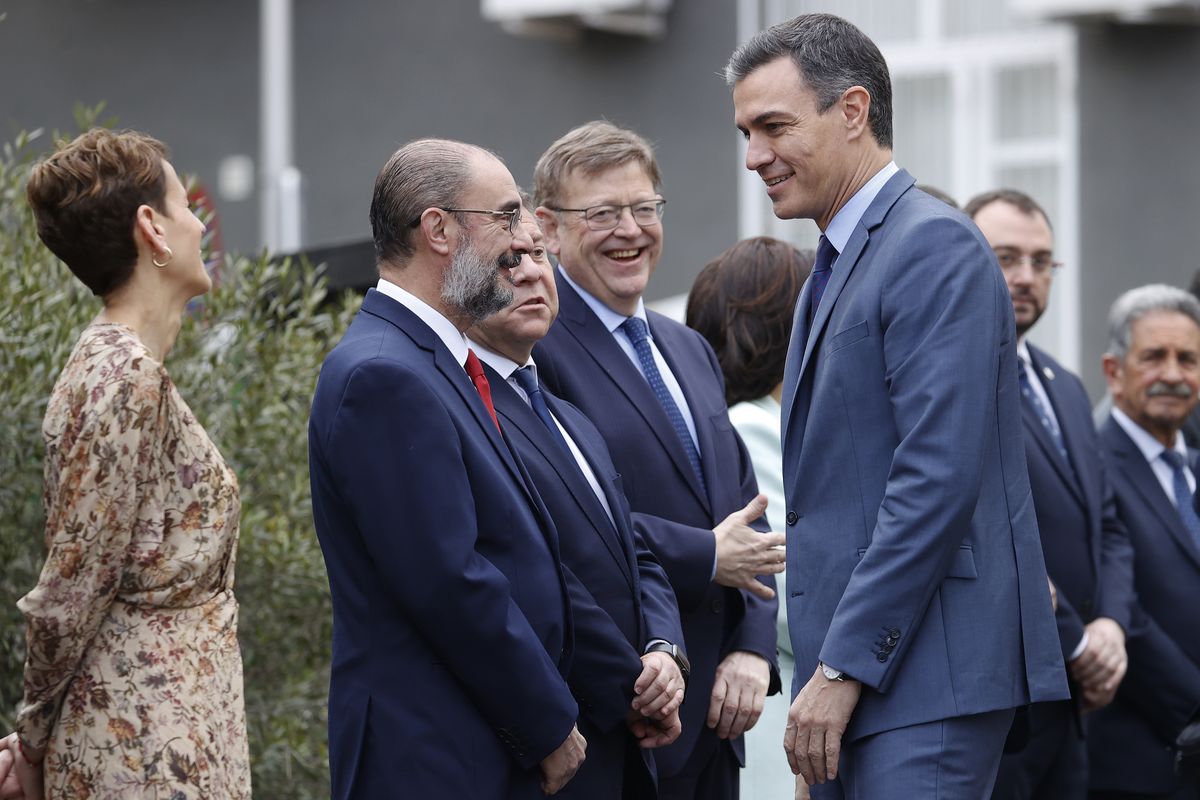 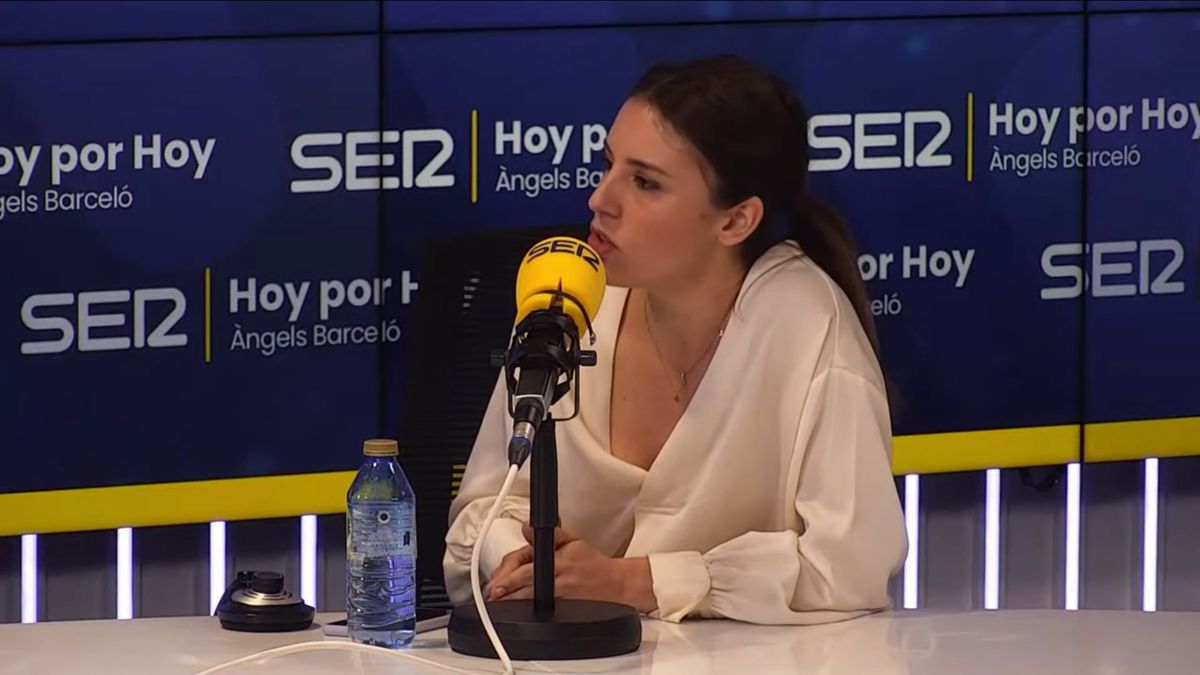 Irene Montero, about Yolanda Díaz's game: "I hope I finish it as soon as possible"

War of the left in the Canary Islands: Alberto Rodríguez announces that he will lead a list and Podemos urges him to "join" his 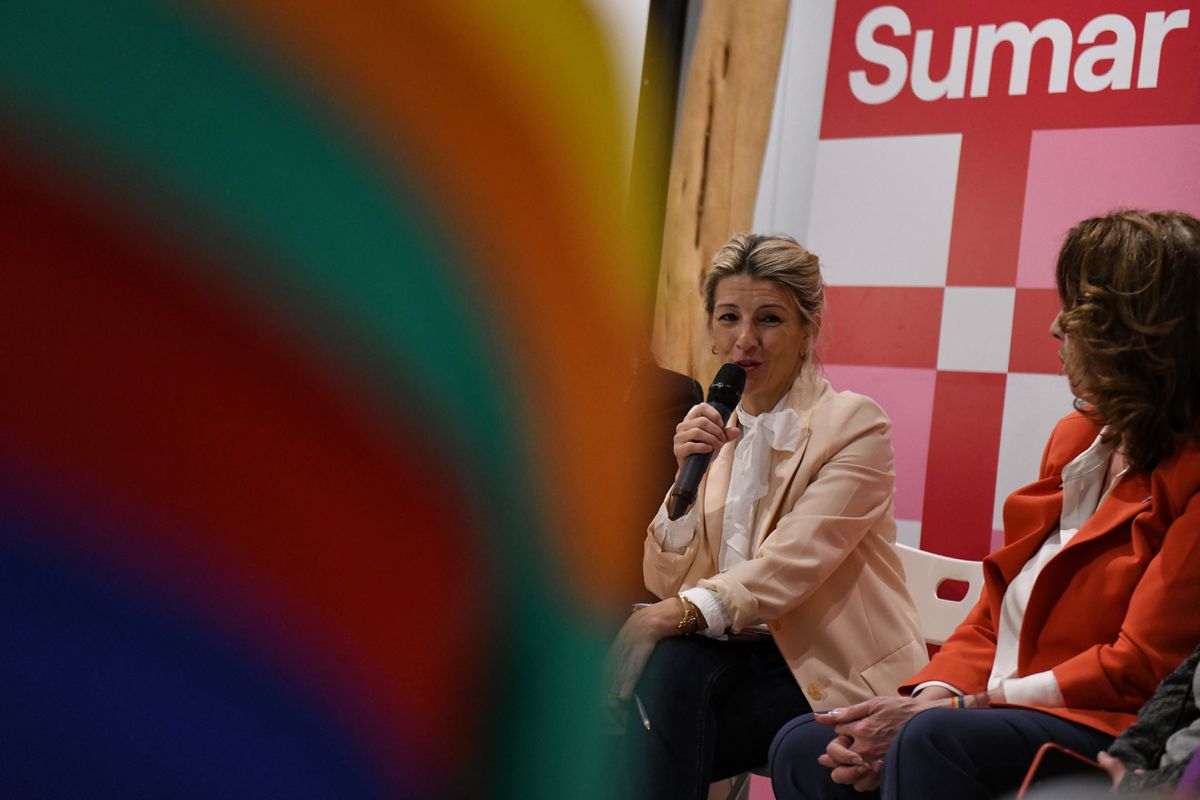 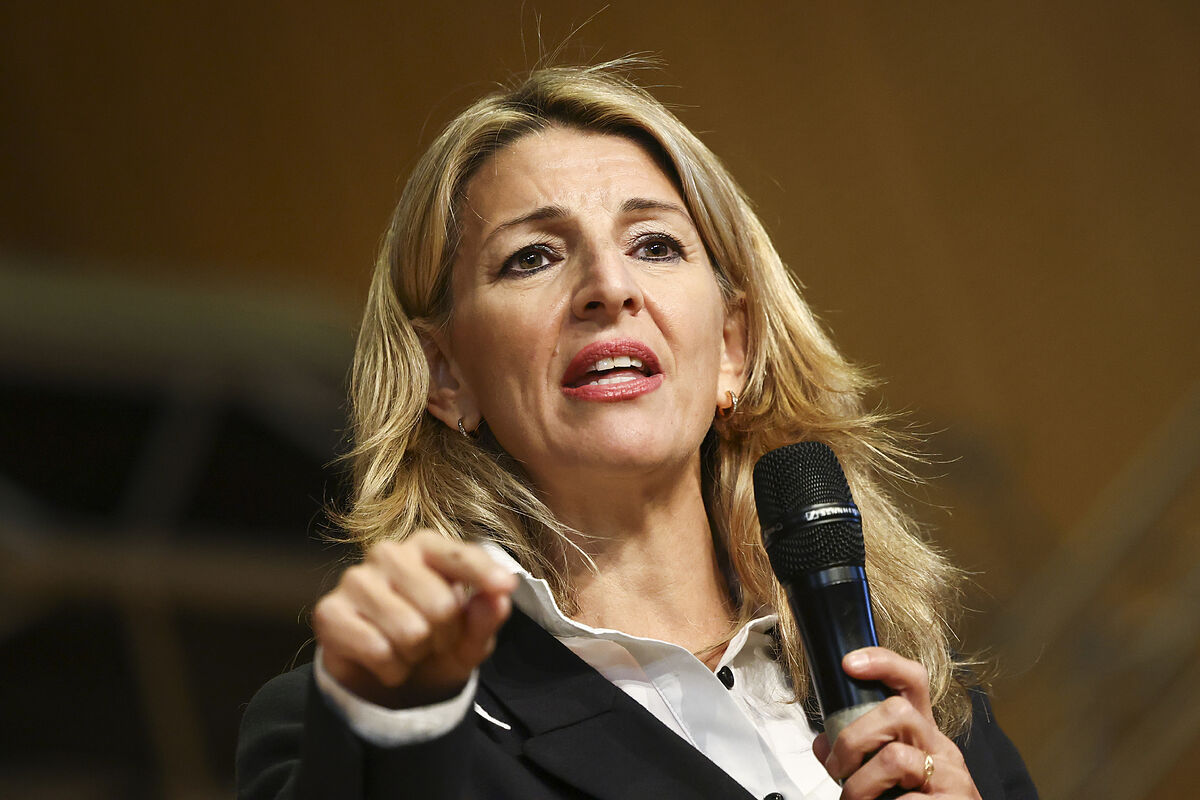 Díaz's group of experts defends raising the Minimum Wage between 4.6% and 8.2% as of January 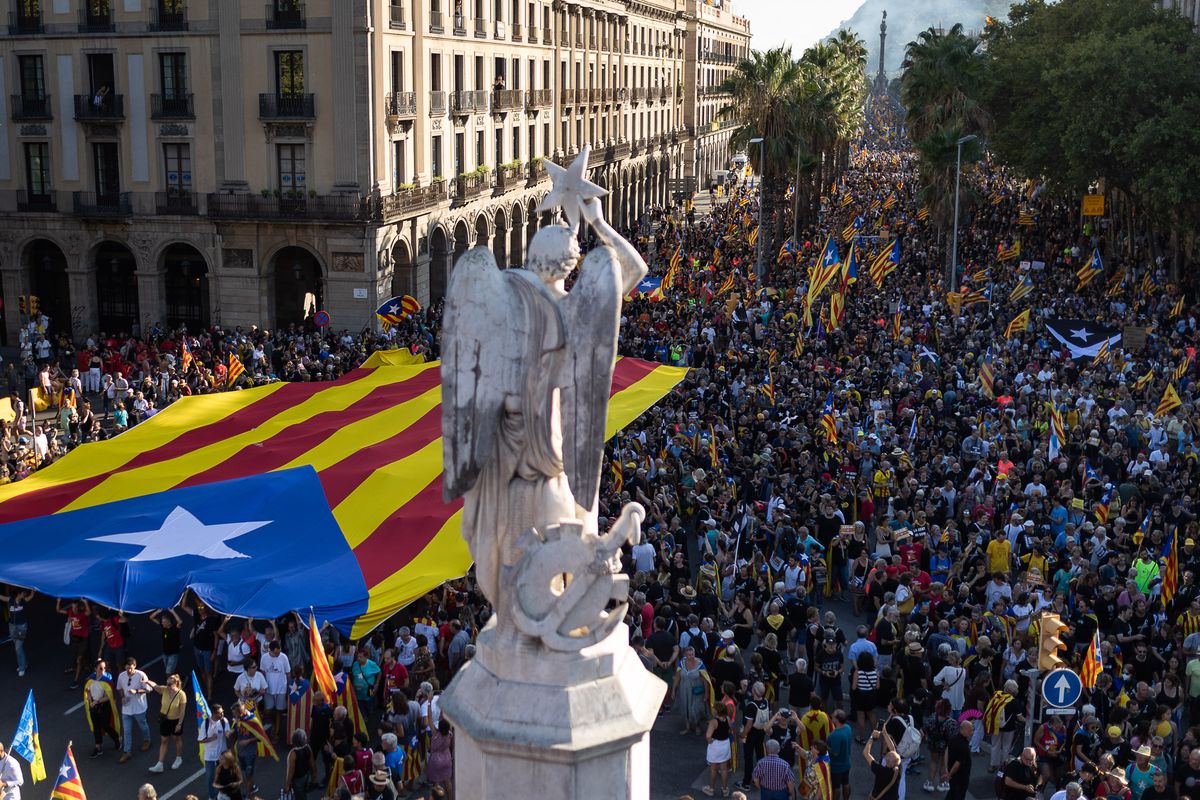 Only 4.2% of Catalans believe that the 'procés' will end independence, according to a survey