Donald Trump had appealed to the US Supreme Court against the release of his tax documents - and lost. At least one congressional committee is now gaining insight into the potentially sensitive papers. 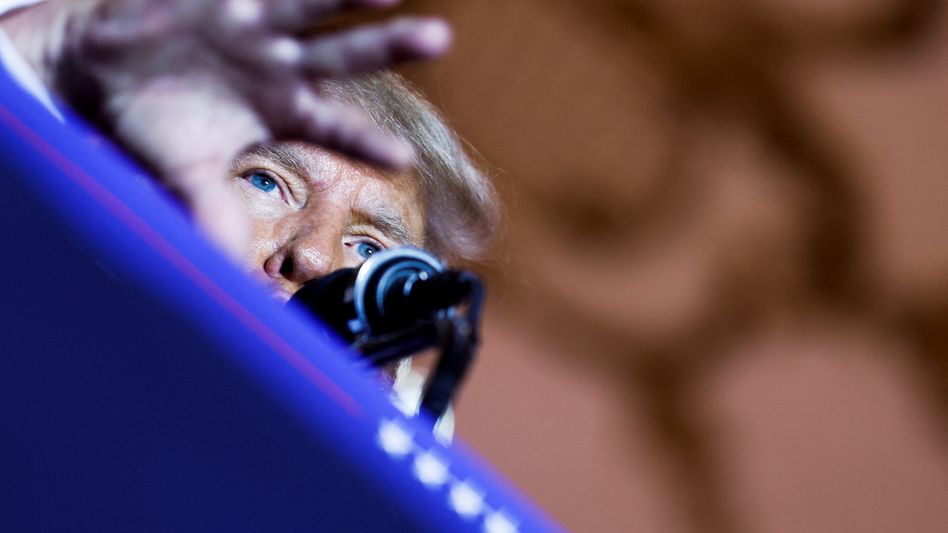 According to media reports, the US Treasury Department is making the tax documents of former President Donald Trump available to a congressional committee.

"The Treasury Department has complied with last week's court decision," US media quoted a ministry spokesman as saying on Wednesday.

Trump had refused to use legal means to release the documents for years - and finally failed in the country's highest court last week.

The Supreme Court had dismissed a request by its attorneys to stop the transmission of tax documents to the Democratic-led Treasury Committee in the House of Representatives.

Contrary to custom in the United States, real estate entrepreneur Trump did not make his tax returns public either as a presidential candidate or after moving into the White House.

Critics therefore suspect that the Republican has something to hide.

Among other things, the Democrats want to check whether the documents reveal conflicts of interest on the part of the entrepreneur and whether he has used questionable methods to save taxes.

Two weeks ago, Trump announced that he would run again as a Republican presidential candidate in the 2024 election.

According to the reports, the documents are not expected to be released to the public immediately.

It also remained unclear whether the members of the committee could already view the documents.

For the committee, the Supreme Court's decision was a last-minute success: With Republicans winning the US midterm elections and set to rule the House of Representatives by early January, the Democratic-led body has little time left, a little to align in the matter.

Trump is currently involved in various legal disputes - including because of taking secret government documents to his private estate after leaving the White House.

His role in the deadly storming of the Capitol on January 6, 2021, when a mob wanted to overturn Joe Biden's election victory with a violent coup, is the subject of several proceedings.

A special committee of the House of Representatives made up of seven Democrats and two anti-Trump Republicans has been investigating the course and background of the attack since 2021.

The US Department of Justice under Secretary Merrick Garland is also examining Trump's role on January 6th.

In the middle of the month, Jack Smith, an independent special prosecutor, was appointed.

He should investigate in both strands.

The appointment of an independent special counsel is likely to pursue the goal of weakening allegations of political instrumentalization of the Justice Department - especially after Trump's declaration that he wants to run for the White House again. Trump's Tax: Donald and Melania have barely paid any taxes in six years