If no new scandal prevents him, the former Hollywood star plans to direct and star in 'Lethal Weapon 5' next year, after having acted in six other feature films released in 2022.

While Will Smith timidly returned to public life last week, keeping a low profile and apologizing for the umpteenth time for slapping Chris Rock in the last edition of the Oscars, Mel Gibson (Peekskill, New York, 66 years old) has just released his sixth feature film of the year 2022. It is called

in Spain it has reached Movistar Plus+ directly, and in it he embodies an old radio star who, impervious to the effects of his many controversies, resists on the air.

At the same time, he is preparing the shooting as director and star of the fifth installment of

, scheduled to launch on HBO Max, and has signed on for

series , a prequel to the

Gibson's opinion of the Smith incident is unknown (and, judging by the abrupt cut of his representative to an interview where he was asked about the subject, it can be assumed that it is forceful), but, for someone who in 2017 achieved a new Oscar nomination even after being recorded saying to a policeman "The Jews are guilty of all the wars in the world" or to his ex-wife "You deserve to be raped by a pack of blacks", hardly the reputational crisis of his colleague It must seem like a big deal.

That Best Director nomination for the ultra-Christian war drama Every

which remains his last work behind the camera, was interpreted by many as Gibson's official reinstatement to Hollywood.

The actor and filmmaker, who already has two Oscars as director and producer of

(1995), he had spent ten years in hiding, mostly in action movie roles, sometimes as a villain.

With the still recent memory of his scandals —which were not only verbal: he also admitted to having assaulted Oksana Grigorieva, mother of his eighth daughter, who was also heard threatening to kill him in some leaked audio—, predict that Gibson would be back behind a million-dollar project and aspiring to the highest recognition of the Academy was a bet that paid high.

In Vulture, journalist Kevin Lincoln analyzed: “For the right people, the Academy can be an incredibly forgiving bunch.

Despite spending decades in exile to escape a rape conviction, Roman Polanski won Best Director at the 2003 Oscars, to huge applause at the ceremony.

The last one, Lars Gerard, is only two years old, and is the result of his relationship with his girlfriend, Rosalind Ross, from 28.GTRESONLINE

Gibson's campaign to normalize the image had run its course up to that moment: at Christmas, he premiered the family comedy

with Will Ferrell and Mark Wahlberg.

During the promotion, the interpreter showed that he was very serious in his effort to be accepted again and, due to the accusations against Harvey Weinstein or Kevin Spacey, he gave unusual headlines for a person who is generally very reluctant to gestures. symbolic and look good.

“My heart goes out to the victims, I'm glad they spoke up.

And the rest of us are in trouble.

I really think we have to look at it.

A lot of light has been shed on places where there were shadows and that is something healthy", he went on to affirm in the presentation of the film, in addition to describing the abuses described as "painful" and wishing that the revelations were "precursors of a change". .

But, although the film worked at the box office, Gibson's great return was frozen and no big label dared to succeed Paramount (the distributor of that comedy) counting on the services of the

the saga in which, apart from that, he had already been dispensed with as the protagonist in 2015. Thus, the Australian-American resumed his secondary action film path, but in an even lower division than the one he had occupied in his previous stage of ostracism, with films conceived exclusively for domestic format and streaming, without large platforms behind it.

"The same thing happens to Mel Gibson as to many of his contemporaries, such as John Travolta or Bruce Willis," believes Erich Schwartzel, a journalist for

“They, too, have seen their careers move in a similar direction, straddling mainstream releases and low-budget productions that take advantage of the fading notoriety of actors.

Gibson's controversial past, however, complicates matters for him.

'People' magazine began naming the world's sexiest man in 1985. The first to hold the title was actor Mel Gibson.

In an article written with fellow journalist Ben Fritz, Schwartzel wondered why Hollywood had decided in 2017 to pardon Gibson.

In the text, he talked about how a large crowd chanted his name in the presentation of

"barely 11 years after the obituary of his career was written", and he collected how his own former agent, Ari Emanuel, had asked to boycott him. for his antisemitism.

However, Emanuel, according to an article in The Hollywood Reporter, decided to turn his considerations towards Gibson thanks to one of the stars he represents, Mark Wahlberg, whom Gibson gave a role in said Christmas comedy and this year in the drama religious The Miracle of Father Stu, released in theaters.

Half Tortured Artist, Half Holocaust Denier

, Gibson has El atraacador perfecto, a modest Canadian thriller in which he participates as a supporting actor, in a few Spanish theaters.

In the last month, not only several of his latest streaming productions have reached Movistar Plus +, but also a Belgian documentary dedicated to his legend, Mel Gibson: From Hero to Villain.

Complacent with him by presenting him in the narrative framework of the tortured artist who pays the price of fame, the hour-long program depicts the actor's controversies as something inherent in the development of his career from the beginning.

For example, in an interview in El País Semanal in 1991, when asked about his opinion on homosexuals, Gibson pointed to his ass and declared: "This is only for pooping."

After his words had an international impact, the star refused to apologize,

The documentary also delves into the figure of his father, Hutton Gibson, an ultra-Catholic Holocaust denier who died in 2020 at the age of 101, who did not recognize the authority of the Church after the Second Vatican Council, considering it "a Masonic plot orchestrated by the Jews".

In the extensive profile that Vanity Fair

(which, translatable as "The rude warrior", is a play on words with

, the title of the second part of Mad Max), the film historian Peter Biskind pointed out Gibson's great friends in Hollywood, such as Jodie Foster, Whoopi Goldberg, Robert Downey Jr. or his partner in Lethal Weapon Danny Glover, as keys to keeping him

The first, that, as a director, gave her the lead role in her drama

(2011), has spoken of Gibson as the man he loves the most in the world of cinema and has flatly denied that he is racist or sexist.

For his part, Downey Jr., at an awards ceremony in Los Angeles in 2011, asked for public forgiveness for the actor because "whoever is without sin is in the wrong fucking industry."

By then, the recordings where he yelled at her wife phrases like "I'm going to go there and I'm going to burn the house down, but first you're going to suck me off" were already known.

Gibson, however, had been one of Downey Jr.'s great supporters during the Iron Man star's addiction phase.

(2004) has also claimed to have been sober for more than a decade.

In 2012, as part of his ex-partner's abuse trial, he was forced to complete anger management therapy.

His progress seemed to be recorded by a hilarious appearance in 2019 on Asturian television (TPA), on the occasion of a Gibson tourist visit to Oviedo, where the actor's body expression, over a minute, announced an explosion on the way while , diplomatically, he did not stop insisting on how beautiful the city seemed to him and the desire he had to continue seeing it with his family.

The last significant controversy that the star has starred in took place in 2021, when a video showed him making a military salute to former President Donald Trump, after agreeing in a boxing match.

His action was widely celebrated in networks by American ultra-rightists, among whom Gibson is an icon for his positions and his policy of never backing down or apologizing.

Another controversy, although referring to a meeting in the nineties, arose when the actress Winona Ryder told how Mel Gibson made a joke about gas chambers when he found out that she was Jewish.

“The only thing that strikes me about Mel Gibson's comment is that it implies that he believes in the Holocaust,” fellow Jewish comedian Seth Rogen quipped.

"It may be time to stop publishing op-eds about the power of 'cancel culture,' because if he can continue to find money and approval in Hollywood, 'cancel culture' simply doesn't exist," he mused. actor Joshua Malina in a gallery at

apropos of the announcement of Lethal Weapon 5. Meanwhile, if the return of the franchise falters, Gibson has a fitting second card:

that he has been wanting to develop for a long time and that, according to actor Jim Caviezel, already has a script.

The first installment marked the origin of the controversies about the anti-Semitism of Mel Gibson, by showing the Jews as the main responsible for the death of Jesus.

"Whether or not he's hired to voice him in an animated film is something that doesn't matter to me," essayist Frank Rich told

in reference to the expulsion of Gibson from the sequel to

Chicken Run: Escape on the farm

(2000), in whose first installment he participated.

For Rich, the problem lies in the influence that, from a position of real power, the actor can have: "A film with an anti-Semitic bias is released all over the world and that is serious." 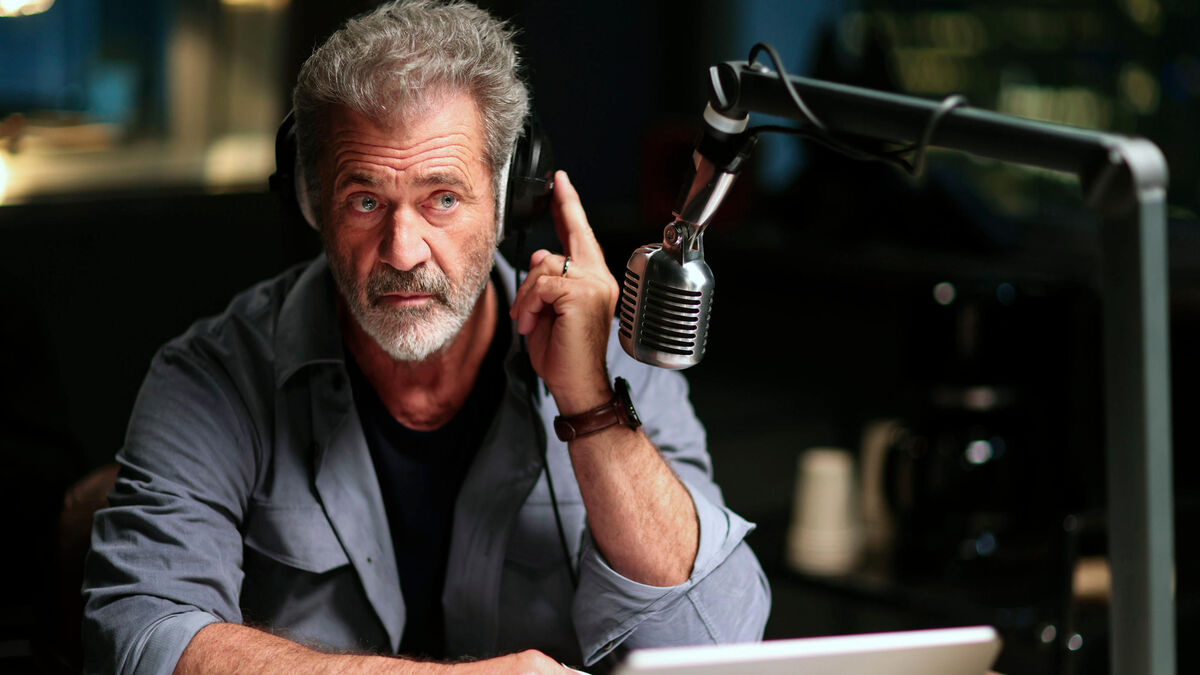 "On The Line" on Canal +: how Mel Gibson shot a film in Paris... taking place in Los Angeles 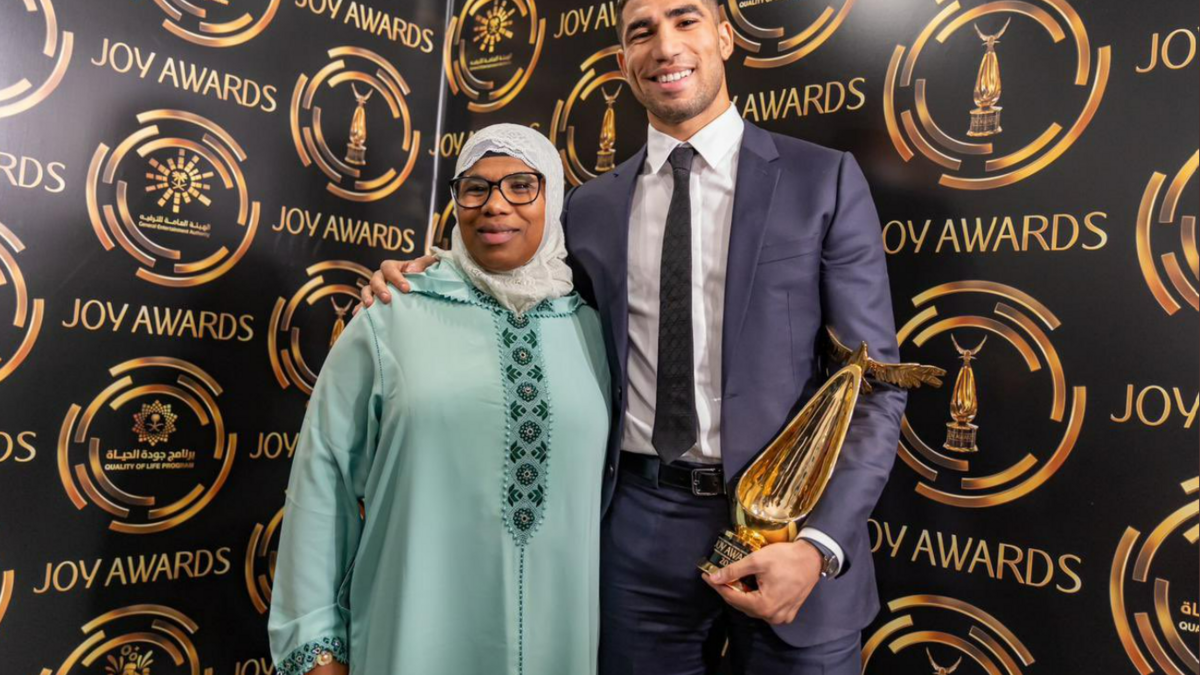 PSG: Achraf Hakimi named Arab sportsman of the year during a sumptuous ceremony in Riyadh 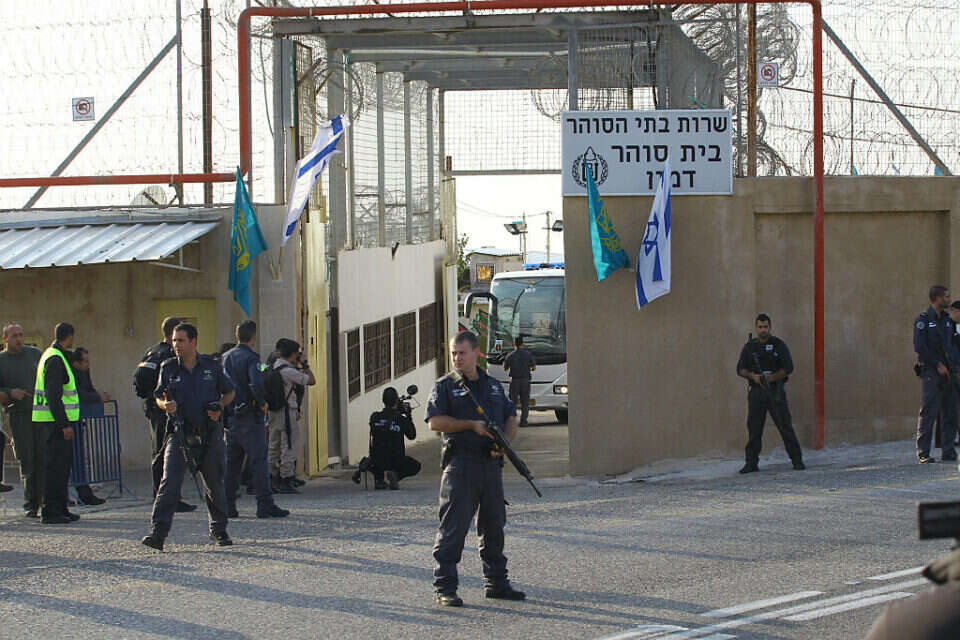 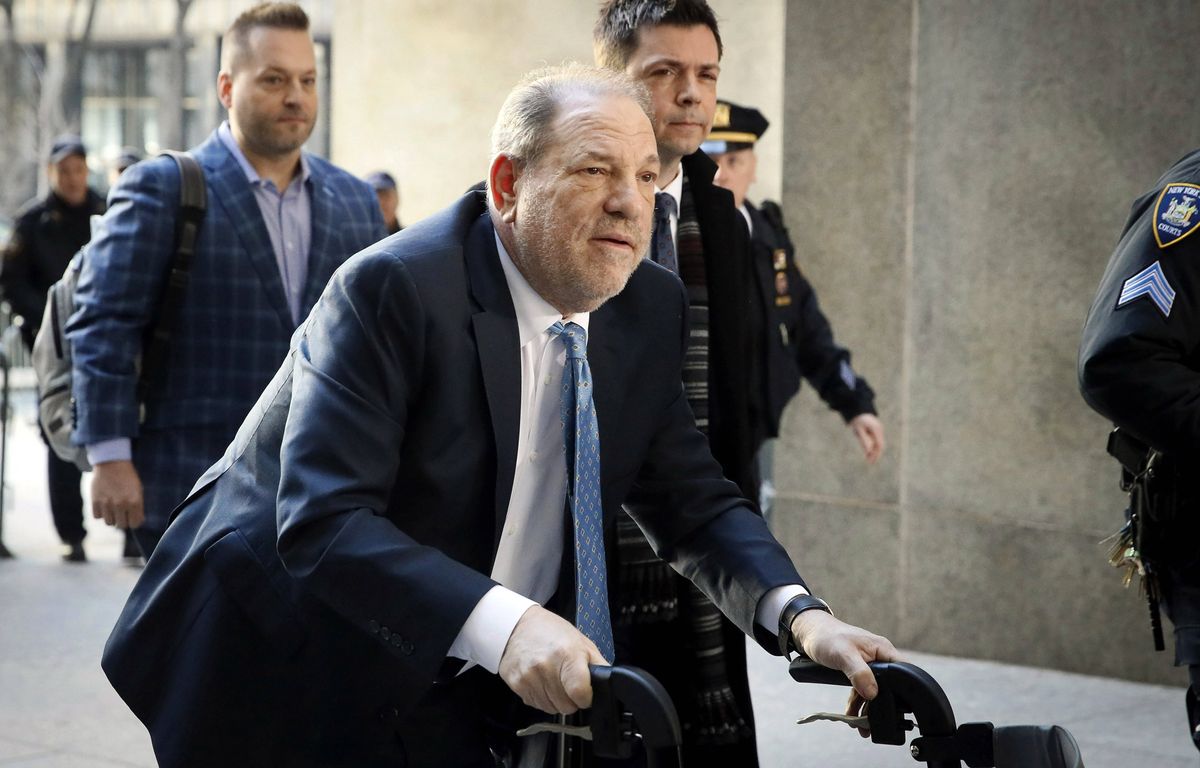 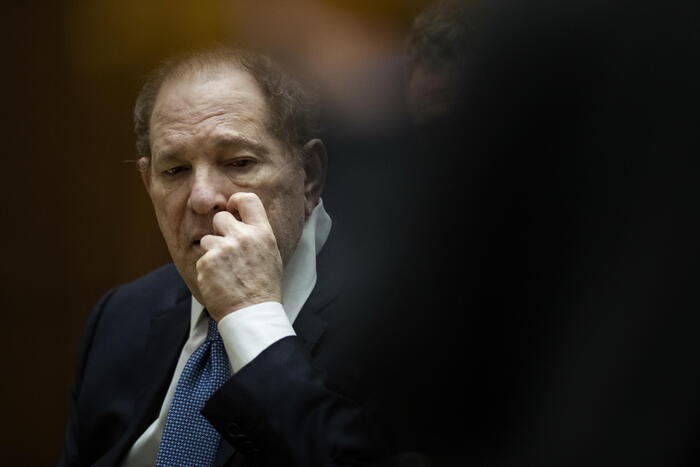 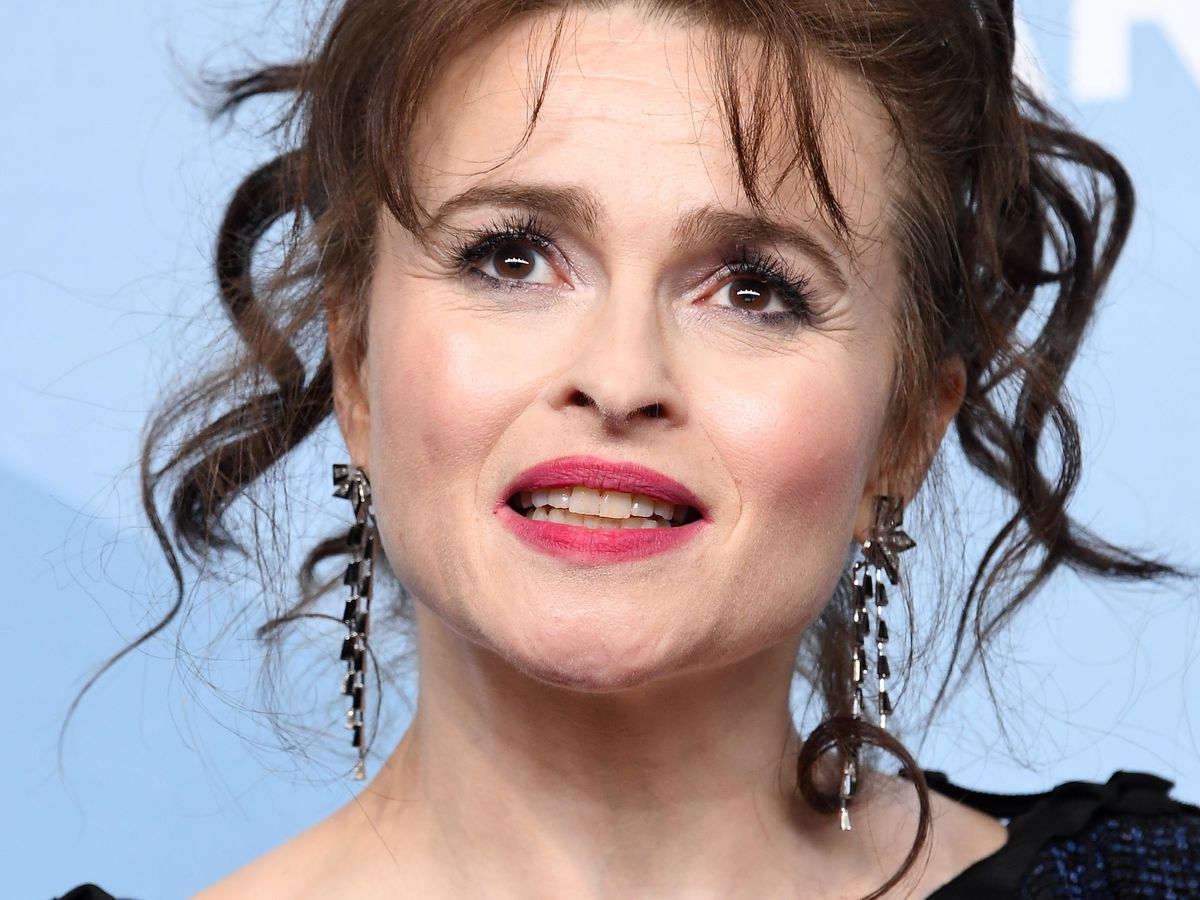 Helena Bonham Carter, the rebellious actress who is not cut when talking about Johnny Depp, JK Rowling and Harvey Weinstein 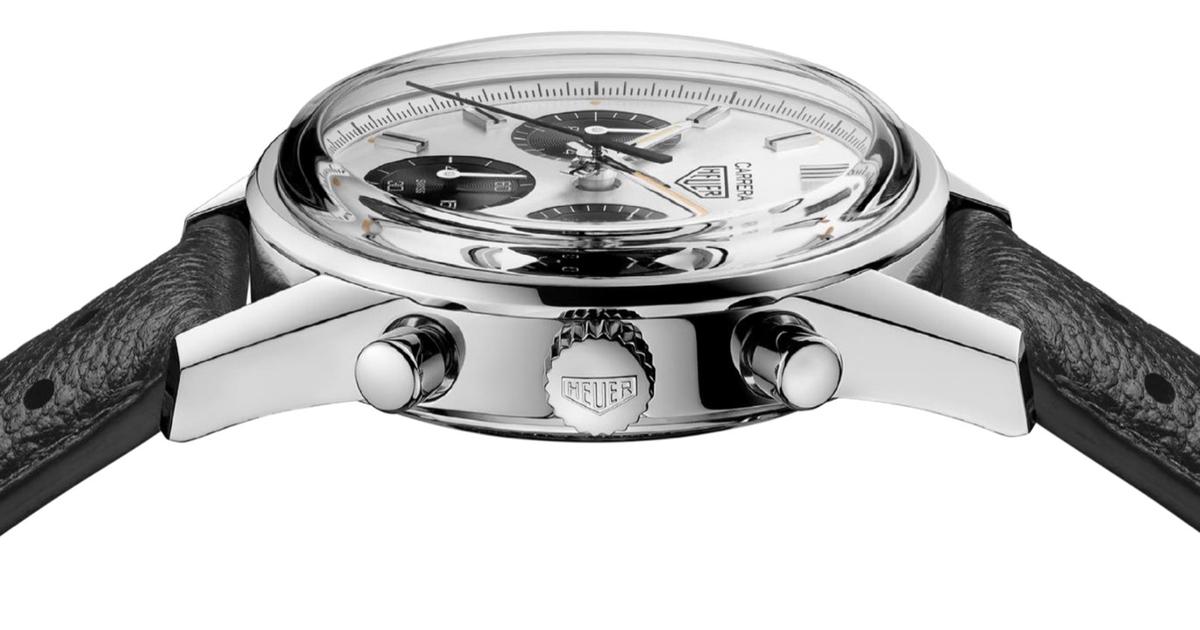