A 29-year-old man fell off the track and died at Tai Wai Station on the East Rail Line. The train service was once blocked

At 10:50 am today (7th), a 29-year-old Indian man fell off the track at Tai Wai Station of the East Rail Line and died on the spot. East Rail Line services between Kowloon Tong and Sha Tin stations are suspended. Firefighters remove body from tracks, MTR in middle 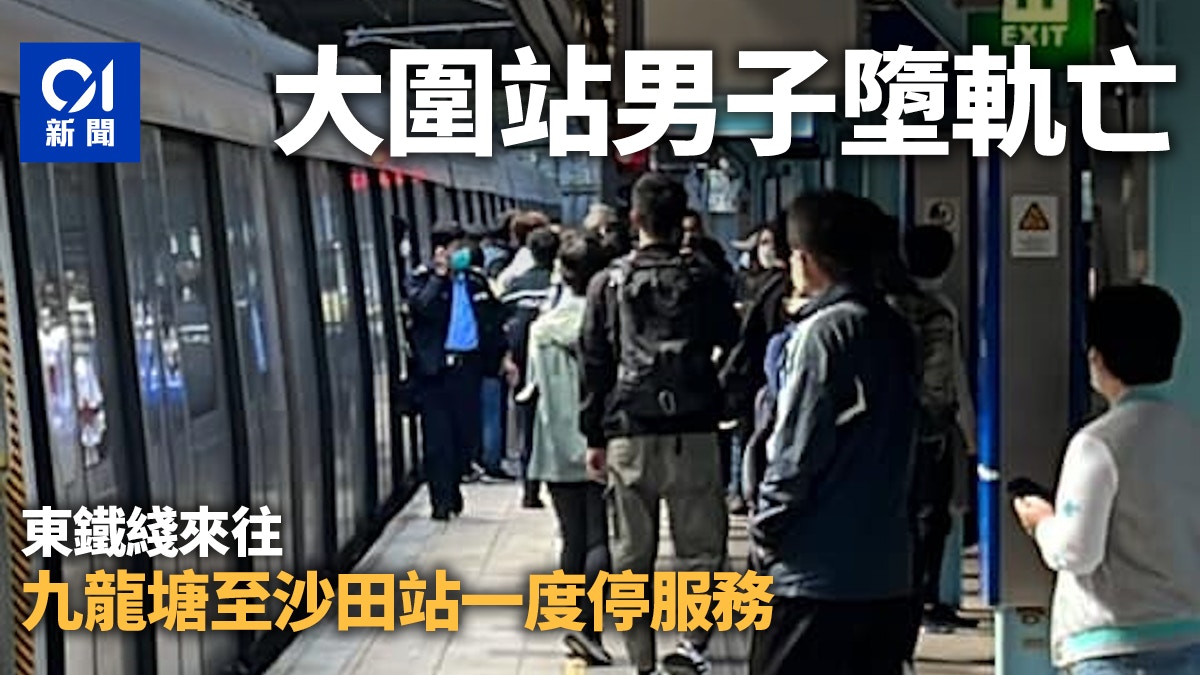 Firefighters removed the body from the track, and the MTR announced at 12:10 noon that train services were gradually returning to normal.

At 10:50 a.m. today (7th), a man fell off the track at Tai Wai Station on the East Rail Line. The MTR announced that the service between Kowloon Tong and Sha Tin Station on the East Rail Line will be suspended, and the travel between Admiralty and Kowloon Tong Station will last for 6 minutes. The shuttle bus runs every 6 minutes between Sha Tin and Sheung Shui Station.

The MTR has arranged free shuttle buses from Kowloon Tong to Sha Tin Station, and KMB has also strengthened its services.

According to the police, a man fell off the track in the direction of Sheung Shui from Tai Wai Station, and rescuers were on the scene to assist.

By 11:17 a.m., the man was rescued by firefighters, and he was confirmed dead after examination.

The police did not seize a suicide note at the scene; it is understood that the deceased was of Indian origin and held a street certificate. The cause of death remains to be investigated, and an autopsy will be conducted to determine the cause of death later.

After the accident, there was a crowd at Sha Tin Station. The platform and bus stops outside the station were crowded with people. Some passengers took other buses, and some people were waiting for the MTR feeder bus. MTR staff were present to assist.

At the same time, there were also passengers queuing up outside Kowloon Tong Station to take the MTR feeder bus, and the scene was in good order.

Reader Ms. Weng took the East Rail Line train from Sheung Shui to Admiralty to work. When the train was about to "buried" at Sha Tin Station at about 11 am, she was asked to get off by the staff, but there was no broadcast to inform the passengers of the shuttle bus arrangement , and did not explain why he had to get off the car and transfer to other means of transportation.

Ms. Weng noticed that both the platform and the lobby of Sha Tin Station were understaffed, and the staff were unable to deal with a large number of inquiries and manage the flow of people in case of emergencies.

There were only a few staff members on the platform, and a large number of citizens flocked to inquire, and were told to arrange boarding on the opposite platform.

Then the next train stopped at the station. At this time, Ms. Weng heard the announcement that the East Rail Line was suspended. Passengers of the two trains rushed to the lobby to inquire but couldn't find the answer. She transferred to the bus, but still saw people continuing to wait for the train on the platform.

KMB stated that in response to the suspension of services between MTR Sha Tin Station and Kowloon Tong Station, it will strengthen services and deploy additional manpower to assist passengers according to passenger needs.

Passengers can call the KMB Customer Service Hotline at 27454466, or use the KMB website at www.kmb.hk and the smartphone app App1933 for more information.

Reader Ms. Weng took the East Rail Line train from Sheung Shui to Admiralty to work. When the train was about to be "buried" at Sha Tin Station at about 11 am, she was asked to get off by the staff.

She noticed that both the platform and the lobby of Sha Tin Station were understaffed.

She ended up taking a bus across the sea to work.

The MTR issued a press release in the afternoon stating that when the incident happened, the train captain saw passengers entering the track area from the platform and stopped immediately.

The staff on the platform immediately pressed the emergency switch to prevent other trains from entering or leaving the station.

CCTV footage from the station's platform shows the male passenger jumping onto the track as the train entered the platform. 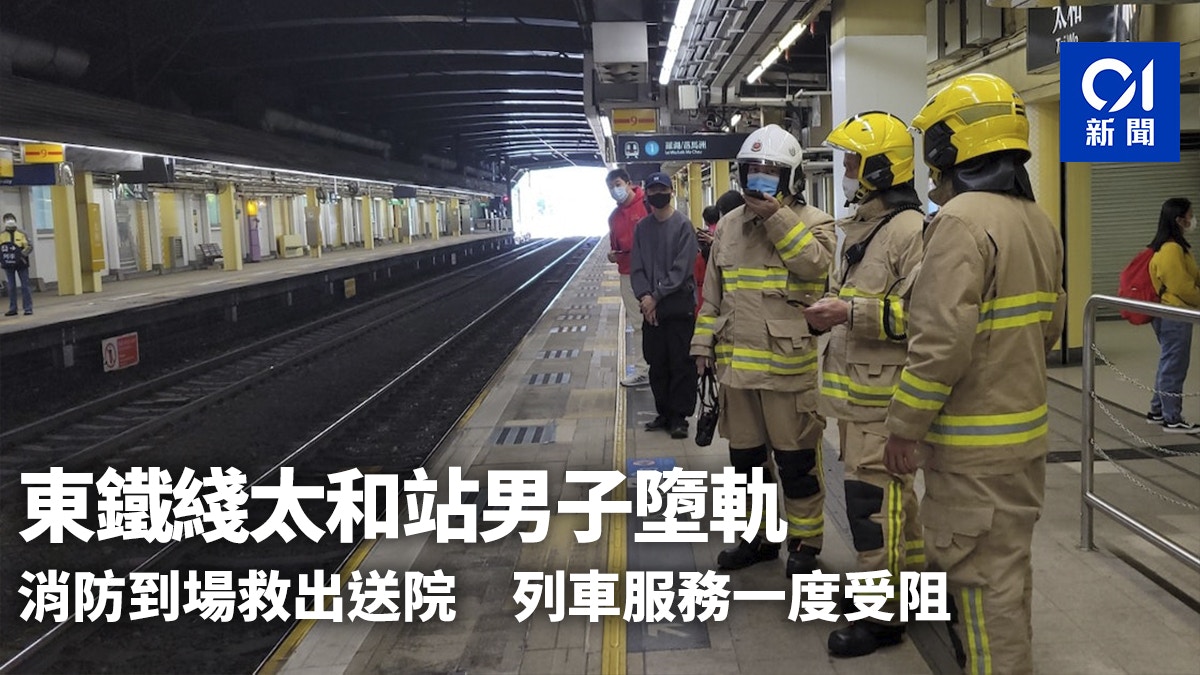 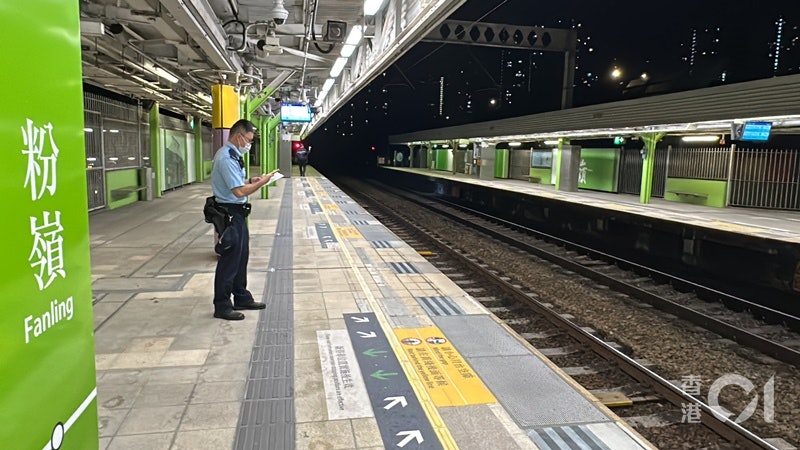 MTR Fanling Station woman fell off the rails and was rescued, the train service was once blocked

An MTR Fanling station fell off the rails and the injured were sent to the hospital for rescue. The train service is gradually returning to normal 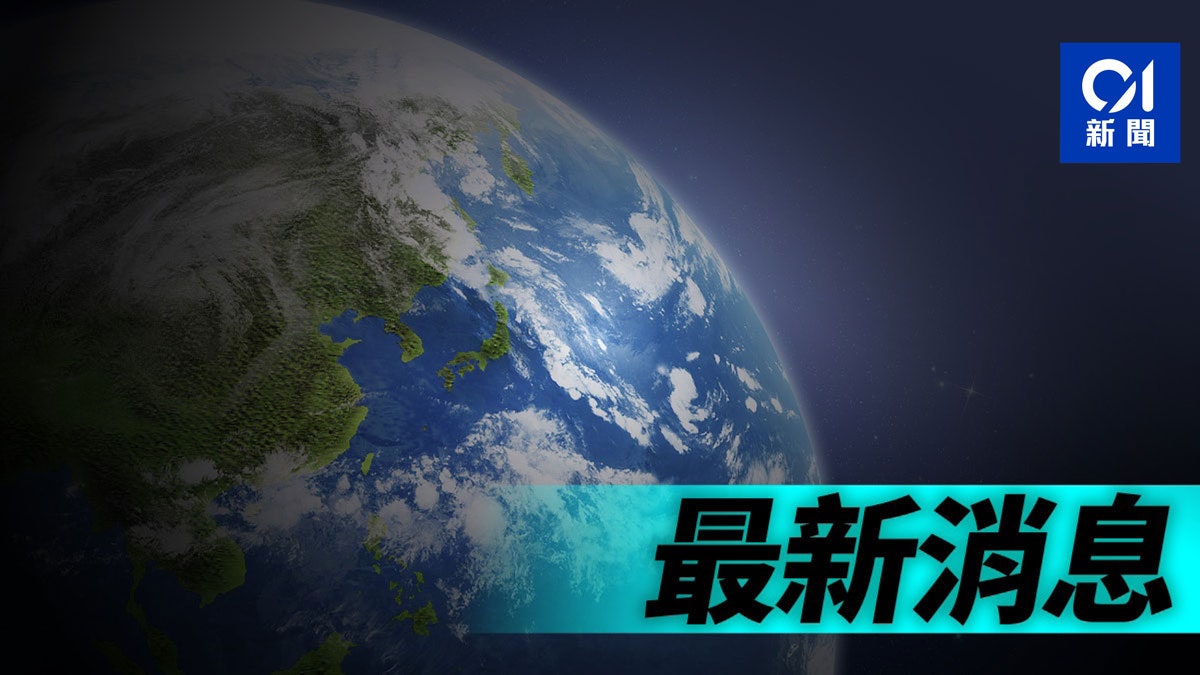 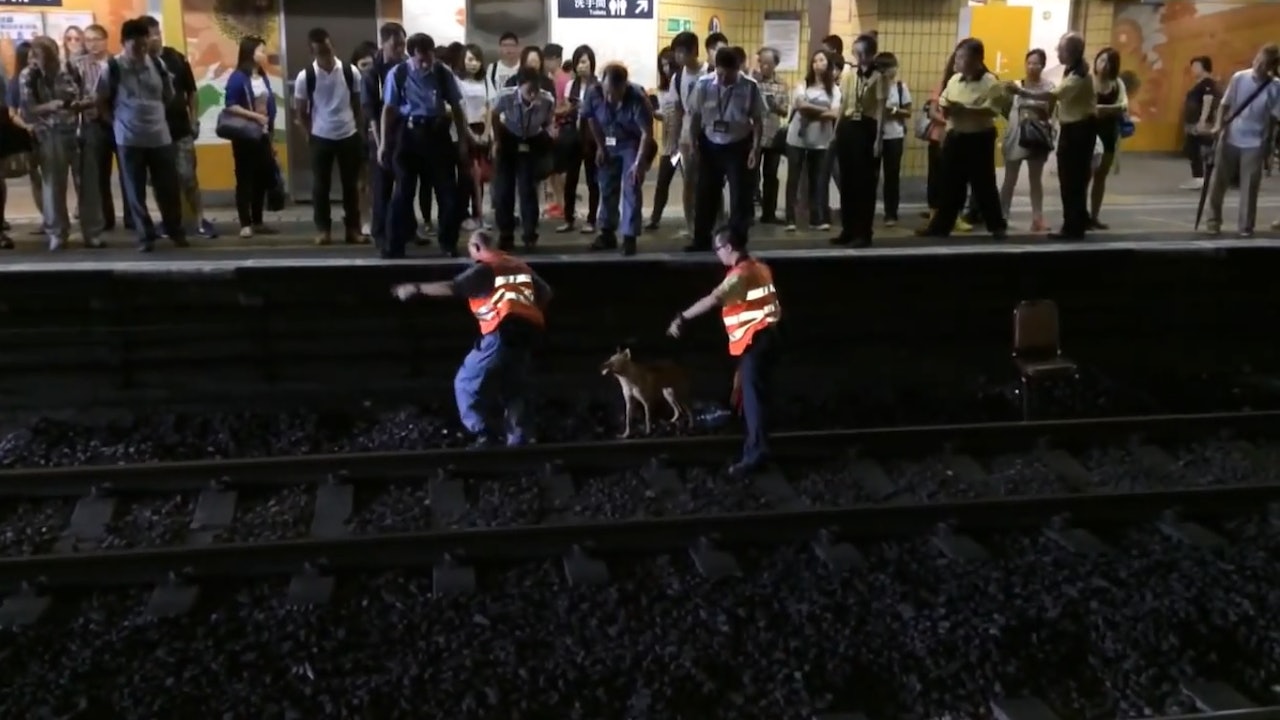 Stray dog ​​ran into the track｜Tang dog "Wei Xue" was killed and the most sensational 70,000 people signed a petition to urge the MTR to explain 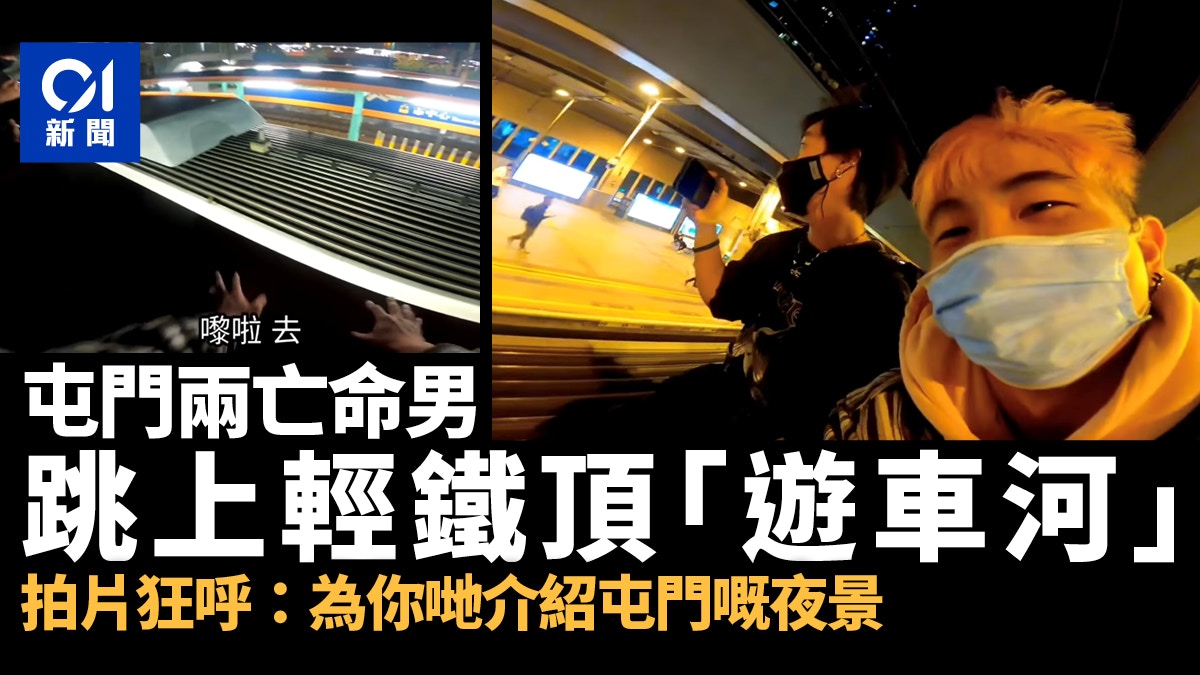 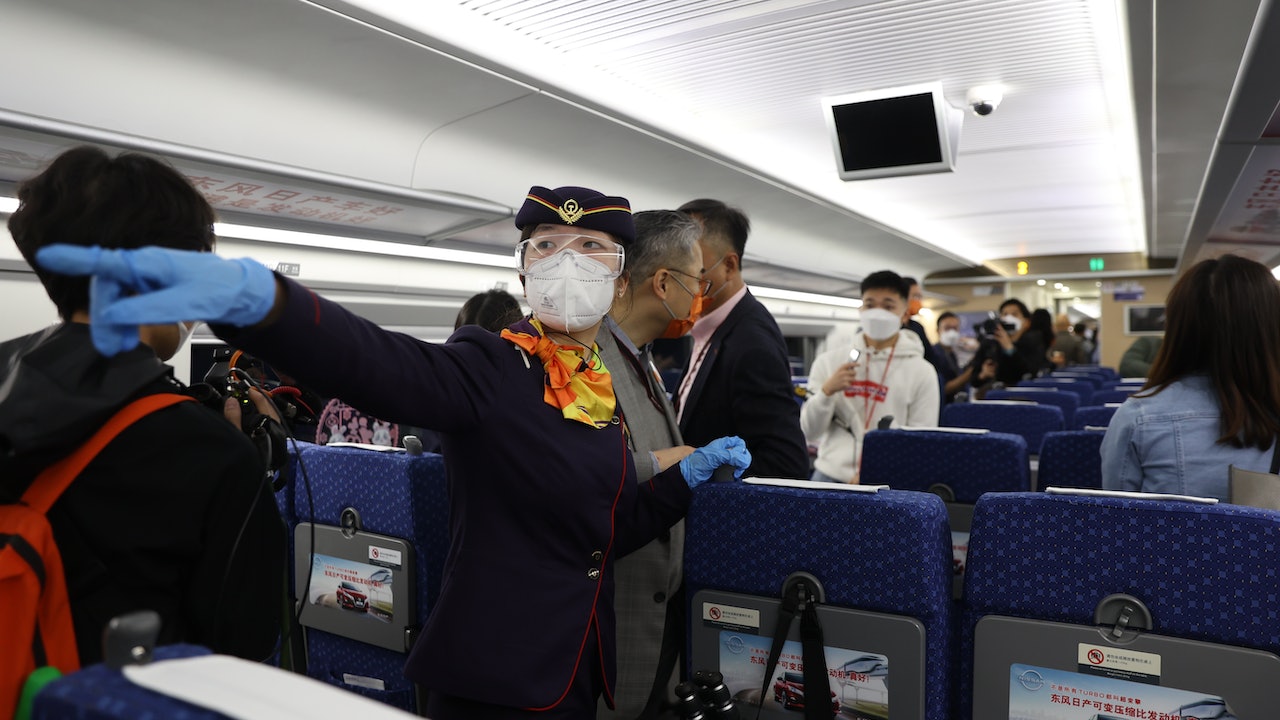