Because something always breaks: pensioners (79) fight against speeders and trucks in Abersdorf

Because something always breaks: pensioners (79) fight against speeders and trucks in Abersdorf Created: 07/12/2022 07:03 By: Helena Grillenberger Since 2018, Ludwig Loibl (79) has been tirelessly fighting to change the traffic situation in his small home town of Abersdorf. So far without success. We don't want any redirects or anything like that. Ludwig Loibl, Abersdorf © PETER KEES For many Because something always breaks: pensioners (79) fight against speeders and trucks in Abersdorf

Since 2018, Ludwig Loibl (79) has been tirelessly fighting to change the traffic situation in his small home town of Abersdorf.

So far without success.

We don't want any redirects or anything like that.

For many years, Ludwig Loibl has been tirelessly fighting to change the traffic situation in his home town of Abersdorf.

He feels left alone by politics.

– Packed in a thick winter jacket, Ludwig Loibl is standing on the pedestrian path next to the bus stop at the Abersdorf town exit.

Since 2018, Loibl has been fighting tirelessly to change the traffic situation in his home town.

On the one hand, there is already a sign that forbids trucks with a length of more than ten meters to drive through in a northerly direction – but Loibl thinks that there should be in both directions.

Trucks really have no place in the small town of Steinhöring, after all there is a bypass just a few kilometers away, near Albaching in the neighboring district of Rosenheim, according to the 79-year-old.

And then there is the issue of speed: because there is a tight and sharp curve in the middle of town.

It's not easy to see, explains Loibl.

And even at 50 km/h you can hardly drive it.

Posts and signs are regularly driven around

Two trucks don't fit next to each other anyway;

But even a truck and a car hardly have room next to each other on the street, which hasn't had a central reservation since it was renovated a few years ago, Abersdorfer complains: "The trucks have to switch to the sidewalk or private property if there is oncoming traffic." Speeds are regularly driven around posts and signs.

At the bottleneck, Loibl points to the adjacent house – a good piece of which has broken out of the corner.

A battered road border directly in front of it.

"It has to be replaced so often, you wouldn't believe it," he says.

In general, the street is too narrow, there is no space for pedestrians.

At least part of the town now has a sidewalk.

There is no crossing aid such as a zebra crossing - it is particularly dangerous for children who have to use the school bus stops at the respective town exits.

Not enough space for a traffic island

The pensioner has therefore already written to everyone who is of rank and name in the district.

He organized a meeting with the Ebersberg district administrator Robert Niedergesäß, the mayor of Steinhoering Martina Lietsch and a representative of the Rosenheim building authority.

The Rosenheim district administrator was not there, as Loibl notes - he is dependent on the support of the neighboring district: Because in Ebersberg what was in the power of the district or the municipality was done.

Speedometers were set up at both ends of the town.

However, there is not enough space for a traffic island, explains Martina Lietsch, Steinhöring's mayor.

Before the municipality can consider a zebra crossing, a traffic census must first be carried out.

But Loibl has been waiting for that for two years, as he says, although he doesn't think it's the solution - "it's not about how many drive, but how fast and where they meet," he emphasizes.

In wind and weather, the 79-year-old stood on the street to count cars

The pensioner has already spent days standing on the street in Abersdorf and counting cars himself - in bright sunshine or with an umbrella in the pouring rain - from four in the morning to half past six in the evening he can present tally lists.

Finely broken down how many cars, trucks, trucks with trailers, agricultural vehicles and motorcycles drive through the town.

In addition, he has made dozens of videos and photos of speeding and critical traffic encounters in town.

On Thursday, roof sirens sound the alarm in the district - in one community it remains silent

The building authority refers to the Ebersberg district office when asked.

Loibl remembers that during an on-site visit, the people from Rosenheim told him not to get too upset, after all nothing was going to happen.

"Are we glad that nothing happens," says the 79-year-old, stunned by this statement.

"I don't want to know how many times things have only just ended well."

Despite collecting signatures, no support from the district office

"We don't want any detours or anything like that," he assures us.

"That's not the point." All the Abersdorfer want is that at least the long trucks are kept out of town on both sides.

Nevertheless, Loibl has been waiting for further support for a long time – and in vain.

The district office in Rosenheim explains that a section of the road in question, via which traffic would be diverted near Albaching, has already been routed several times as an accident frequency route.

"If there were appropriate signs, heavy traffic would then also be routed over this route." The neighboring district fears that the rest of the route could also become a route with such a high accident frequency rate if traffic on the road increases.

In addition, according to the Rosenheim district office, smaller towns in Rosenheim would have the same problem as Abersdorf.

District road has a national function

Sobering news for Abersdorfer also comes from the Ebersberg authority: Between 2010 and 2015, traffic has decreased significantly, the Lower Traffic Authority speaks of a “gratifying” relaxation.

And Ebersberg also refers to the national function of the road.

"A displacement of heavy goods traffic would shift it to other locations."

The one-sided passage restriction for trucks longer than ten meters has existed for 22 years, the office also notes, to prevent “two heavy goods vehicles from meeting in the village”.

All his life he was professionally involved in accident research.

"I see the problems because I've had to fix them all my life," he explains, shaking his head.

"But no matter what, I'm not giving up." 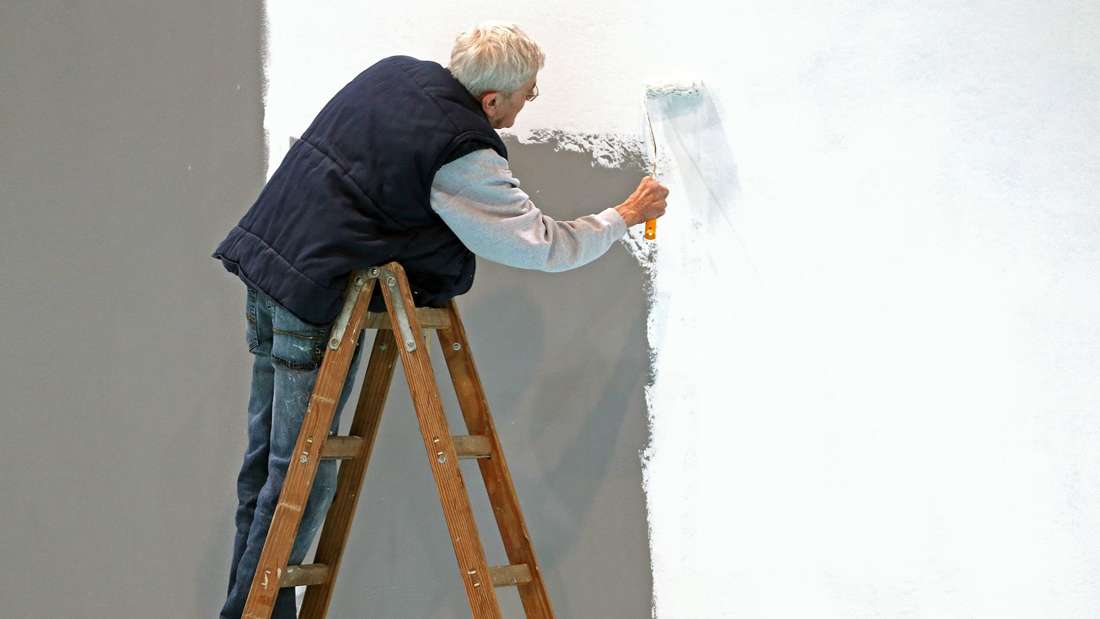 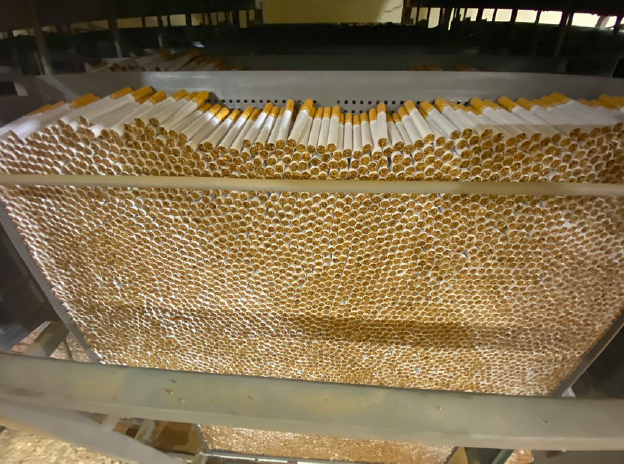 Dismantling near Rouen of a major factory of counterfeit cigarettes