Do you work in high-tech? Check what your insurance states regarding loss of working capacity - voila! Sentence

What can high-schoolers do to make sure their insurance policy protects them against disability? When you find yourself in a complex medical situation, it is recommended to hurry and consult with a lawyer who deals in the field (Photo: ShutterStock) Y., a high-tech worker in her fifties, could not believe that this was happening to her: suddenly in mid-life, after working for two decades as a programmer and earning high salaries, she fell into a complex medical condition, had to be hospitali

When you find yourself in a complex medical situation, it is recommended to hurry and consult with a lawyer who deals in the field (Photo: ShutterStock)

Y., a high-tech worker in her fifties, could not believe that this was happening to her: suddenly in mid-life, after working for two decades as a programmer and earning high salaries, she fell into a complex medical condition, had to be hospitalized, undergo a series of surgeries and stop working.

Y. was sure she had nothing to worry about.

After all, over the years she paid monthly premiums of thousands of shekels as part of her pension fund for insuring the loss of working capacity.

And indeed, after contacting her insurance company, they paid me compensation for the loss of working capacity, without any special problems.

But two years later, everything changed.

"The insurance company decided one bright day to stop paying Y' the benefits she deserves and determined, based on a doctor's opinion on her behalf, that she had recovered," says attorney Ram Sarfati, who specializes in enforcing rights against insurance companies, who represented Y. "Basically They decided to exhaust her and drag her around the court in order to discourage and subdue her."

As a result, I had no choice but to file a lawsuit against the insurance company at the labor court.

In the lawsuit, which was filed through attorney Ram Sarfati, Y. demanded that the insurance be required to continue paying her the benefits she deserves, as well as release her from continuing to pay the monthly premiums.

The insurance company waived all of Y's demands and relied on the opinion of an expert on its behalf, who determined that Y is fit to return to work.

"During the process, the insurance company unsuccessfully tried to engage private investigators who tried to prove that Y. could return to work," says a French attorney.

According to him, those investigators followed Y.'s daily conduct, but found out that she indeed could not work. The insurance company made claims, the whole purpose of which was to take time and discourage Y. in order to make her give up on exhausting her rights," says attorney Ram Sarfati.

For example, the insurance company tried to rely on the fact that at a certain point Y. tried to "stand on her feet" and established a business, from which she earned meager sums in the first stage, while being in a temporary bankruptcy arrangement.

"The insurance company tried to take advantage of this and claimed that this meager salary should be relied upon for the purpose of determining the amount of the monthly rewards, and not on the basis of the high salary that she earned during all her years of work as a programmer, until her illness, and according to which she retired and paid Y the monthly premiums. This was a claim "The whole purpose of which is to empty the policy, and the temporary insurance in particular, of any content, what's more, the attempt to rehabilitate failed, and the compensation she received for the attempt to work idle was sixty compared to her monthly salaries amounting to tens of thousands of shekels," notes attorney Sharfati. In the end, the parties resorted to mediation and the case ended In order.

According to Attorney Sarfati, from Y's story there are some insights that everyone - and especially high-tech workers who earn high salaries - should apply in relation to their disability insurance policy: "First of all, it is important to maintain the continuity of the insurance and make sure that the determining salary is your highest salary .

This means that if you got sick and then returned to work at a lower salary, you must contact the insurance agent and make sure that you are covered according to the high level of salary you had, at least until your employment situation stabilizes or you return to full working capacity."

Another important tip from a French attorney is "Precise the definition of occupation in your policy. It is important that the policy stipulates that you will be entitled to benefits in a situation where you can no longer work in your specific occupation, for example programming, and not in any one reasonable occupation."

In conclusion, Attorney Sfarfati says that when you find yourself in a complex medical situation that causes you to lose your ability to work, it is recommended to hurry up and consult with a lawyer who deals in the field. "Beyond the importance of contacting a skilled and experienced lawyer, you also need to know who to contact in the medical establishment and how to do it without infringing on rights The employee".

Have you found yourself in a complex medical situation and you want to know how to activate your disability policy? Contact attorney Ram Sarfati to check your rights The databases that will reveal if you are being cheated in buying a used car - voila! vehicle Is your employer in trouble? You deserve a large compensation from National Insurance - voila! Sentence 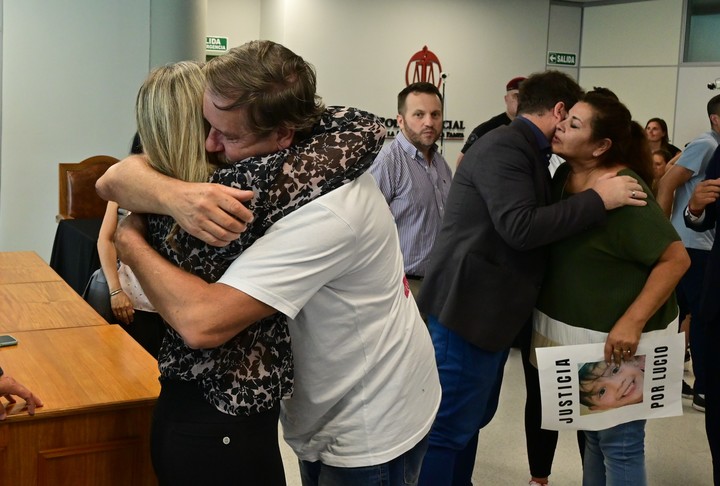