High-level mourning for Jiang Zemin What does the Communist Party of China want to convey to the world?

After the death of Jiang Zemin, the core leader of the third generation of the Communist Party of China, Chinese officials spoke highly of him and carried out high-level mourning activities. The official position of its history is: our party, our army, and the people of all nationalities in our country recognize the enjoyment of 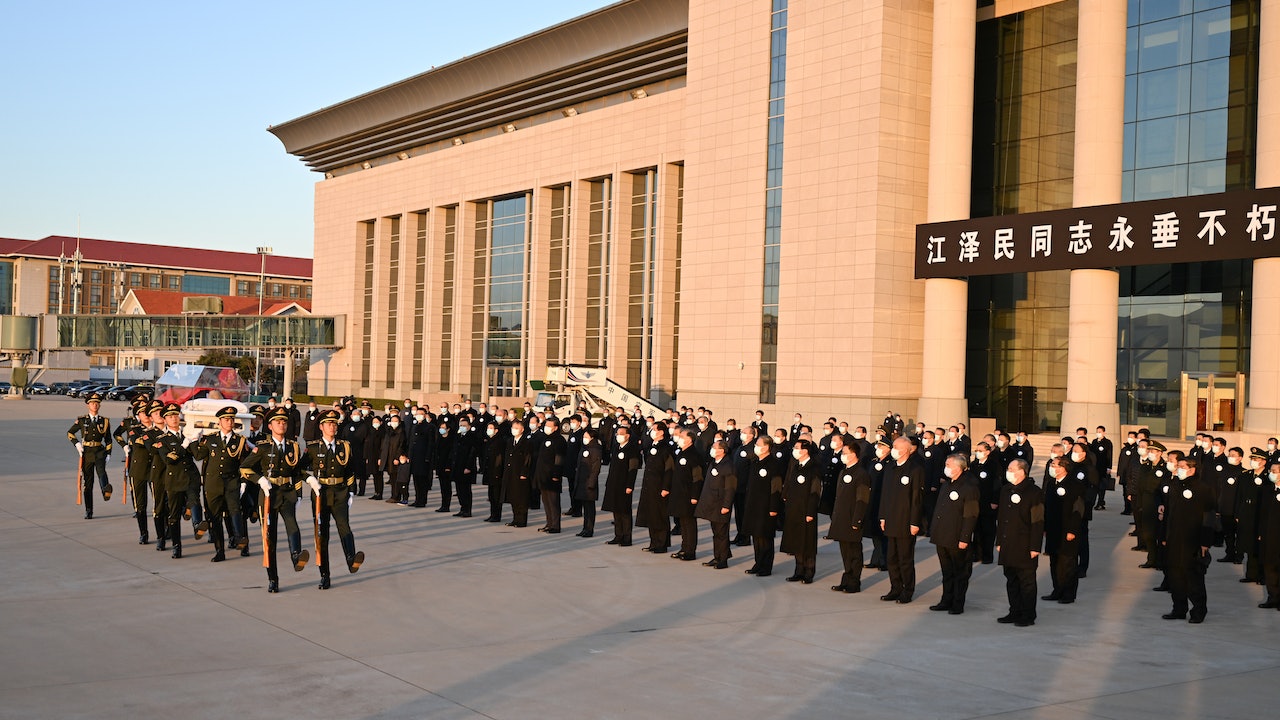 After the death of Jiang Zemin, the core leader of the third generation of the Communist Party of China, Chinese officials spoke highly of him and carried out high-level mourning activities.

The official position of its history is: Our party, our army, and the people of all nationalities in our country recognize the outstanding leaders with high prestige, the great Marxists, the great proletarian revolutionaries, statesmen, military strategists, and diplomats. A communist fighter, an outstanding leader of the great cause of socialism with Chinese characteristics, the core of the party's third-generation central leadership, and the main founder of the important thought of "Three Represents".

At the level of mourning activities, from Xi Jinping leading a group of high-level airport welcomes to the farewell ceremony for the remains, and then to the memorial meeting on December 6, the specifications were higher than outside expectations.

Why does the CCP mourn Jiang Zemin with such a high standard?

This is the doubt of many people.

Specifically, the CCP has conveyed at least three key messages domestically and internationally by mourning Jiang Zemin with a high standard:

After the 20th National Congress of the Communist Party of China, high-level personnel arrangements and unexpected episodes have increased the outside world's imagination of the internal political struggles of the CCP's top leaders. However, in this memorial event for Jiang Zemin, senior officials who have left office and are in office have appeared one after another. It also rekindled the consensus within the party.

Through such collective mourning, the CCP also told the world: The CCP in the new era is not only outdated, but also cannot really understand the CCP and China today by following the traditional theory of power struggle.

Xi Jinping and others bowed three times to Jiang Zemin.

Unlike the Communist Party of the Soviet Union, the CCP’s political succession and continuity were also best demonstrated in this mourning event.

The official media Xinhua News Agency published a long article "Jiang Zemin's Great and Brilliant Life" on December 2, in which he spoke highly of the "Three Represents" and wrote, "The important thought of the "Three Represents" not only adheres to the basic principles of Marxism, but also It reflects the new requirements of the development and changes of the world and China for the work of the party and the country, and inherits, enriches and develops Marxism-Leninism, Mao Zedong Thought, and Deng Xiaoping Theory with new ideas, viewpoints, and conclusions.” Combined with Xi Jinping’s eulogy, and the CCP’s It is not difficult to see the strong political succession and continuity among the three historical resolutions introduced in different historical periods.

Fang Ning, former director of the Institute of Political Science at the Chinese Academy of Social Sciences, said in an interview with Hong Kong 01, "Looking back, the disorder and deinstitutionalization of political succession were the political roots of the disintegration of the Soviet Union. The possibility and opportunity to adjust and reform the various problems of the Soviet Union was completely lost.” In China’s reform and opening up, under the auspices of Deng Xiaoping, a new method was formed: the political core transitional system.

This system not only ensured the stability and continuity of political succession, but also avoided repeating the mistakes of the CPSU and the Soviet Union.

This is also the key to the success of China's reform and opening up and the failure of the Soviet Union.

Secondly, despite the intertwining of century-old changes and century-old epidemics, China will continue to focus on economic construction and unswervingly continue to advance along the road of reform and opening up.

At the memorial meeting on the 6th, Xi Jinping detailed Jiang Zemin's outstanding contributions and political legacy in his eulogy, such as determining the basic program of the party in the primary stage of socialism, establishing the reform goals and basic framework of the socialist market economic system, and contributing to the comprehensive construction of Jiang Zemin. A well-off society and the realization of the third-step strategic goal have carried out forward-looking strategic thinking, joined the World Trade Organization, implemented the basic strategy of ruling the country according to law, realized the return of Hong Kong and Macao, and promoted the "1992 Consensus" between the two sides of the Taiwan Strait to embody the one-China principle. Carried out a major struggle against separatism and "Taiwan independence", Beijing successfully bid for the Olympic Games, established the Shanghai Cooperation Organization, promoted the new great project of party building, promoted military reform with Chinese characteristics, and voluntarily proposed to no longer hold the leadership position of the central government to promote a new high-level leadership of the party and the country old alternate...

Former President Jiang Zemin passed away on November 30. On December 4, many citizens still went to the Liaison Office of the Central Committee of the Communist Party of China to place flowers in mourning. Some parents brought their children with them.

In addition, Xi Jinping also emphasized in his eulogy, “At this important historical juncture that determines the future and destiny of the party and the country, Comrade Jiang Zemin led the party’s central leadership, closely relied on the entire party, the army, and the people of all ethnic groups in the country, and unswervingly adhered to economic To build this center, we must clearly adhere to the four basic principles, adhere to reform and opening up, resolutely carry out governance and rectification, comprehensively strengthen ideological work, carry out in-depth efforts to build a clean and honest government and fight corruption, strengthen the relationship between the party and the people, and actively carry out diplomatic struggles. Resolutely safeguard the independence, dignity, security, and stability of the country, and defend the great cause of socialism with Chinese characteristics." Seek development." Such expressions echo the report of the 20th National Congress of the Communist Party of China, and once again clearly tell the world: China will never close itself off, but will continue to deepen reforms, expand opening up, and follow the path of Chinese-style modernization.

Finally, under the impact of the epidemic, China's economy is in a downturn, and the society is divided. However, China, which has experienced a series of risk tests, has the ability and confidence to overcome the current difficulties and obstacles, turn grief into strength, and look forward in unity.

Not long before Jiang Zemin's death, anti-blockade protests broke out in many places in China, especially the protests on the streets of Shanghai, which attracted people's attention in various ways. It is the third anniversary of the first case of pneumonia of unknown cause reported in Wuhan.

Today, three years after the COVID-19 pandemic, in the face of internal and external challenges, although the decision-makers are full of confidence and are prepared to withstand the severe test of high winds and even turbulent waves, at the public level, the mood of public anxiety is spreading at all levels .

Based on such a social atmosphere and background, the collective remembrance and high-level mourning for Jiang Zemin, a leader who is deeply affectionate, dedicated and contributed a lot, is more conducive to re-building social consensus and resolving the crisis of mutual trust between the government and the people caused by the epidemic prevention.

Therefore, both the Xinhua News Agency article and Xi Jinping’s eulogy mentioned how Jiang Zemin took orders in the face of internal and external difficulties in 1989, and how he resisted internal and external risks and challenges to push China’s socialism forward. We can start again in 1989. As long as we are united, today's risks and tests will eventually "turn bad things into good things."

With the loosening of the epidemic prevention policy, various parts of China are beginning to restore the past fireworks. The meeting of the Political Bureau of the Central Committee of the Communist Party of China held on the 6th also returned to the emphasis on economic construction. "Come down", "Slow down", but this Politburo meeting is calling for how to "live up" - "to stimulate the entrepreneurial vitality of officials in the whole society, so that cadres dare to do things, local governments dare to break through, enterprises dare to do things, and the masses dare to be pioneers." .

This is a positive signal, and it is also a more direct and clear message from the CCP to the world besides Jiang Zemin as the carrier.

Jiang Zemin and Reform and Opening: Merit politics is the key to China's past and future 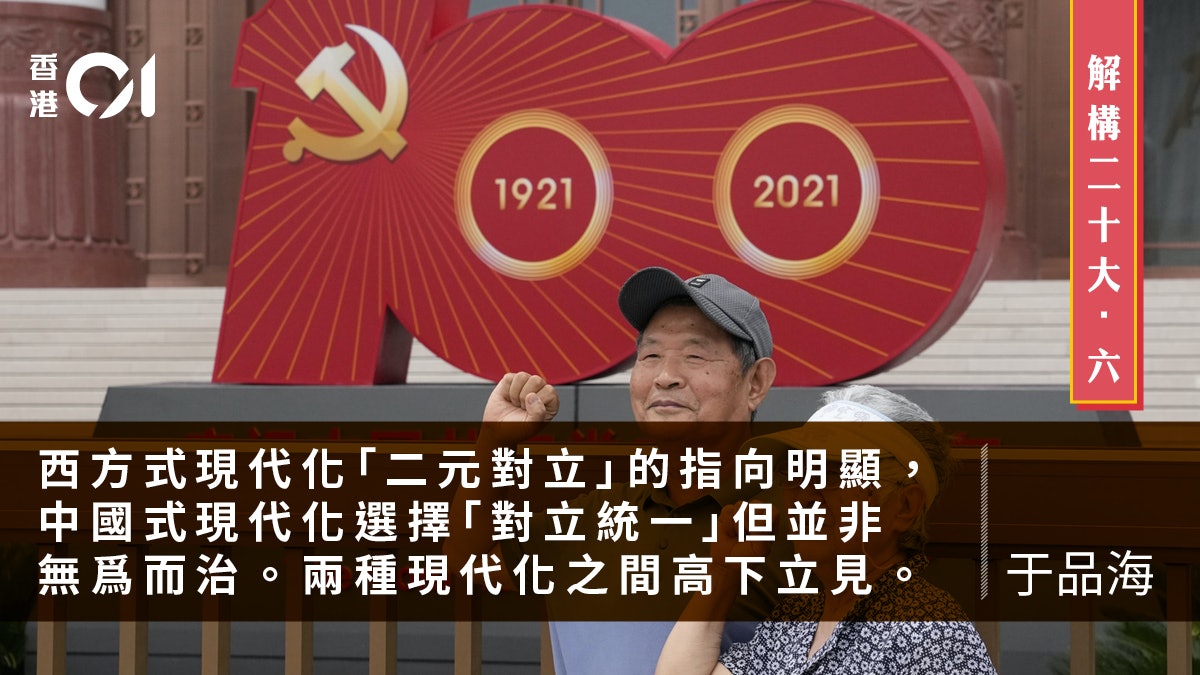 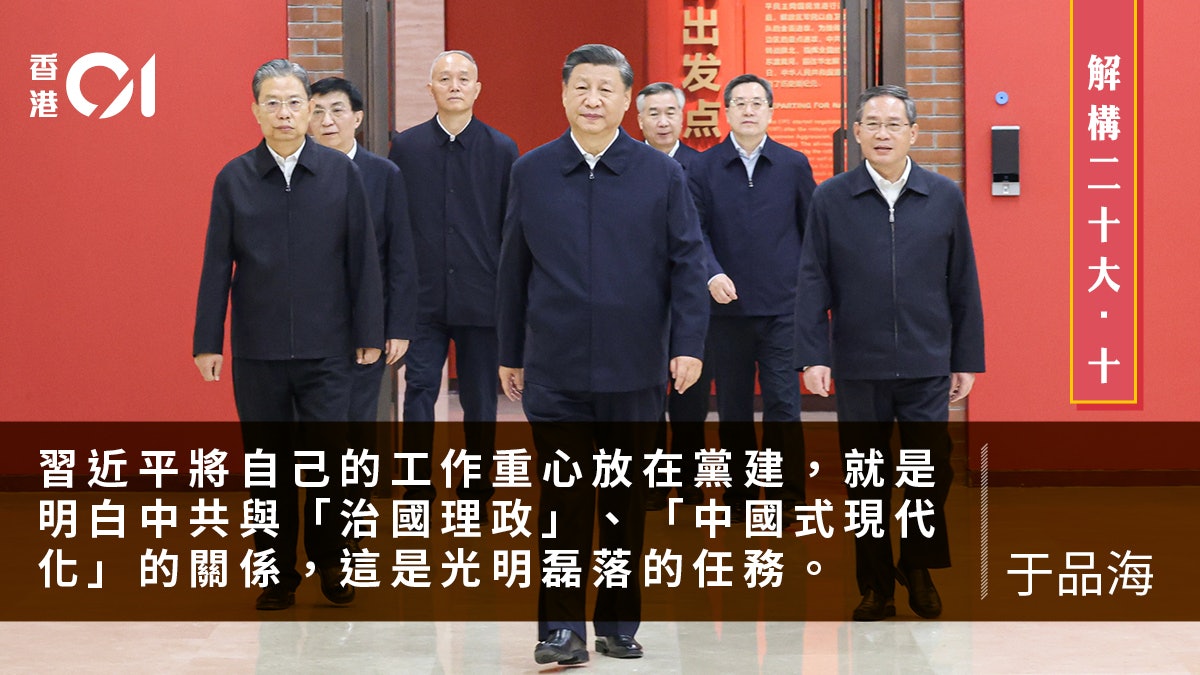 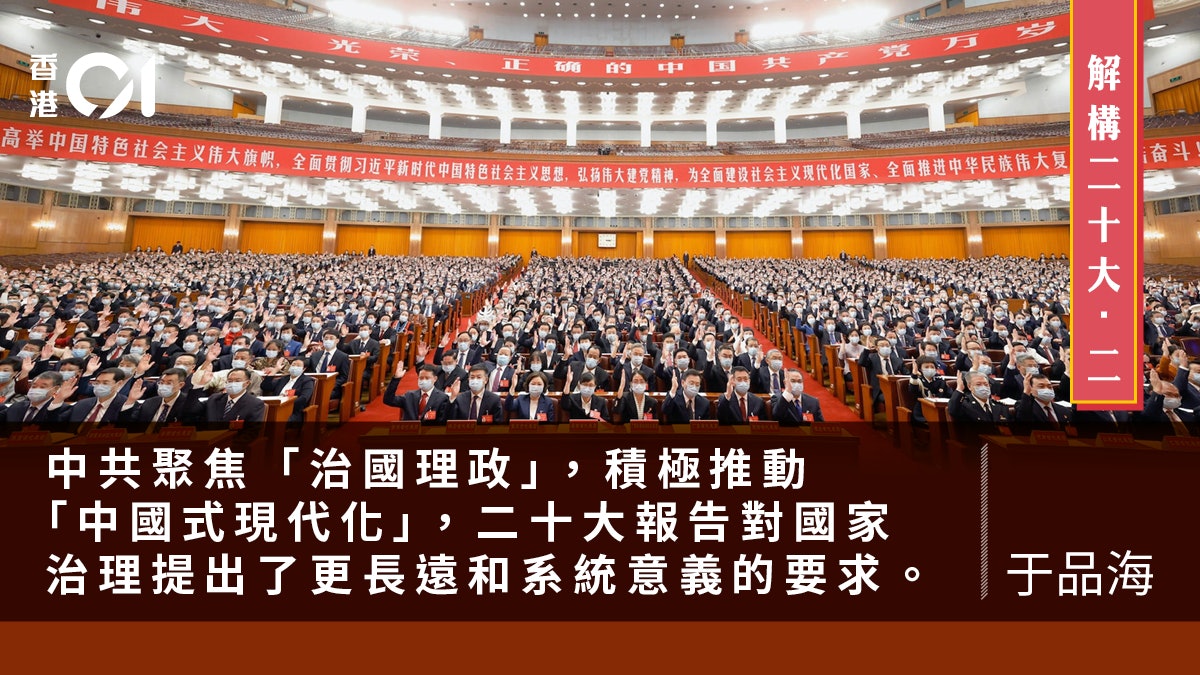 Deconstruct the 20th National Congress. 2｜Sort out the overall context from the structure of the report 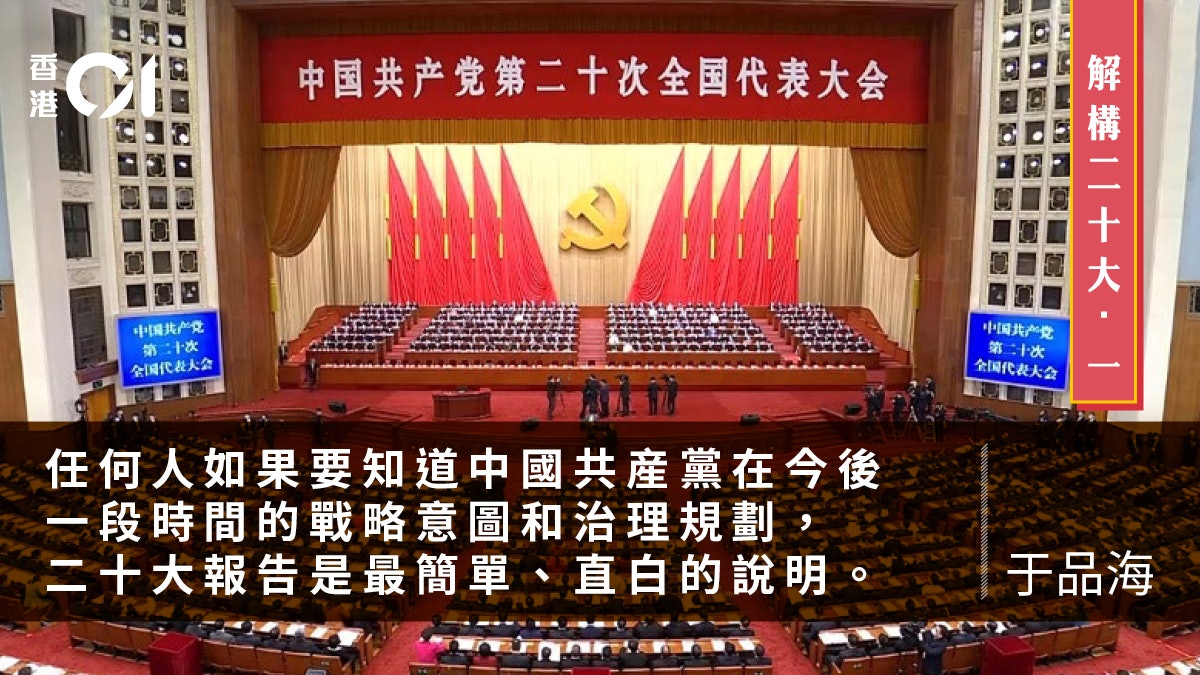 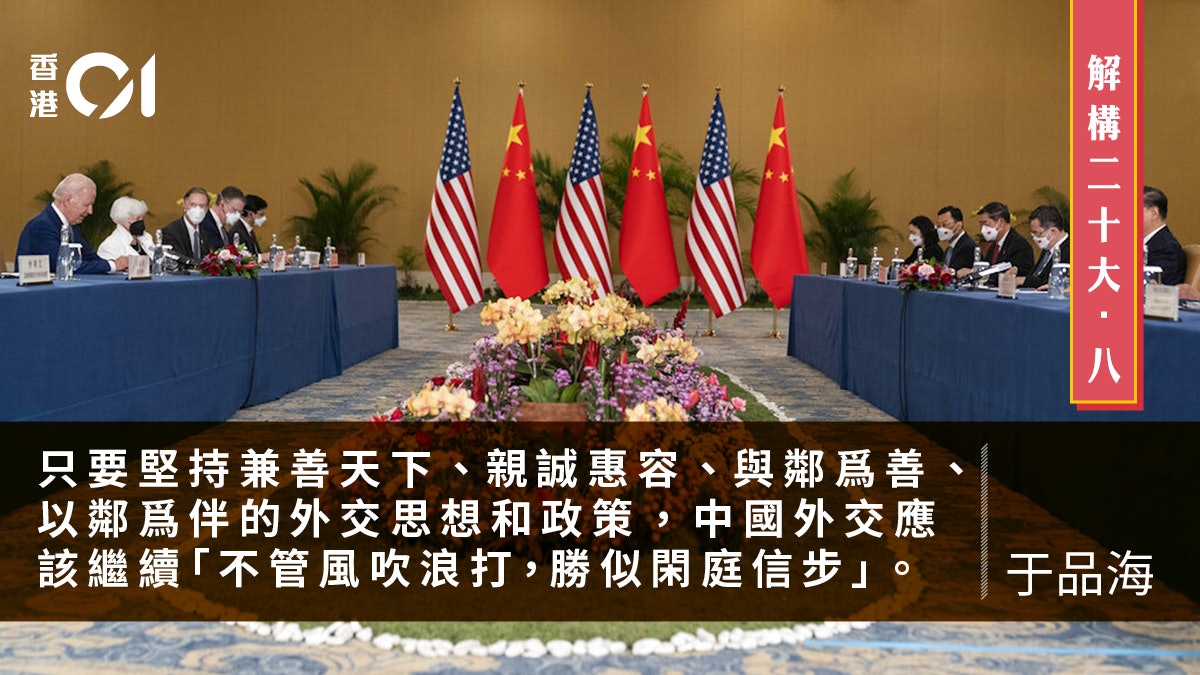