Our five favorite hotels in Strasbourg for the Christmas market

THE FIGARO SELECTION - After a Christmas stroll between the fourteen squares and squares of the old town, it's good to get warm. Here are five hotels to sleep on both ears, while dreaming of Santa Claus. 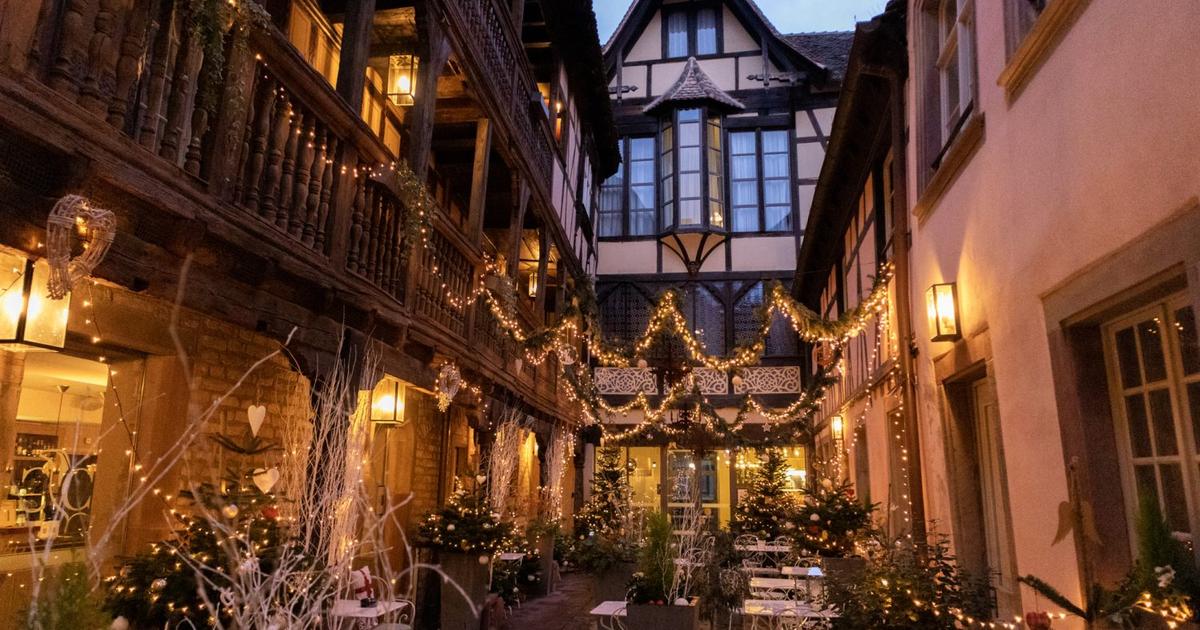 It is a building with a long history.

Built in the 16th century to accommodate passing travellers, it could whisper many secrets to us.

The Emperor of Germany, Joseph II, or the King of Prussia, Frederick the Great, sometimes went down there discreetly.

In 1852, the Ott Frères glass factory moved to the place of the inn and remained there for 130 years.

This means that we are well within these walls!

However, they were abandoned for a long time before being transformed into a hotel again in 2009. Since then, the Cour du Corbeau has attracted tourists in search of authenticity and history.

With 63 classic rooms and suites, the address is one of the city's must-sees, just a few steps from the cathedral.

The inner courtyard lives with the seasons.

the courtyard was filled with twelve fir trees of various sizes and magical illuminations.

On weekends, mulled wine is served at the bar.

All that's missing is Santa's hat sticking out of a chimney...

The whole decoration is inspired by the spirit of the 1920s sprinkled with Alsatian touches.

The name "Red House" appears in 1387. Since then, one suspects, the inn has had several lives (and buildings) and saw Victor Hugo, Rudyard Kipling and even Winston Churchill pass by.

At the end of 2020, a new chapter opened for the “Maison” which joined the Marriott group.

Going from four to five stars, it reopened at the end of 2021 after heavy work and now has 131 rooms (including seven suites).

It also has a spa dedicated to vinotherapy, the Salons Mistinguett (tea room) and the Bar-Restaurant 1387. The entire decoration is inspired by the spirit of the 1920s sprinkled with Alsatian touches. .

The hotel is a five-minute walk from Place Kléber, Petite France and the cathedral, and twelve minutes from the train station.

as the Grande Île in Strasbourg is closed during the Christmas market, the hotel offers to pick up guests' luggage at the station by cargo bike.

night from €200 (€300 during the Christmas market) excluding breakfast.

The People Strasbourg offers a wide choice of accommodation for all budgets.

This new lifestyle brand of hybrid hostels has the knack of settling in emblematic places.

In Strasbourg, it is in the Krutenau district, in the former 19th century Tobacco Factory, that it has set up its 262 beds in 2021. This former factory, whose rehabilitation is still in progress, should soon accommodate restaurants and will soon be a place full of life, the new

The People offers a wide choice of accommodation for all budgets.

So you can choose between private rooms with bathroom during a solo or romantic trip or family rooms (a double bed with two or four capsule beds) for your tribe.

Unless you prefer dormitories for 4 to 8 people with a shared bathroom.

Which is equipped with an hourglass of 3, 5 and 7 minutes to better control its environmental gesture in the shower.

Of course, there are the common areas, which are XL in size and decorated in an industrial spirit.

the hostel has created a wooden sled, a pretty

It offers mulled wine and a cinnamon-scented brunch… And even a day of the ugliest Christmas sweater!

On the ground floor, exposed bricks and a “concrete” effect floor under a ceiling of “stabilized” greenery evoke an urban passage.

Recently opened opposite the station, the Hôtel Tandem (4 stars) aims to be an "extension" of the street.

On the ground floor, exposed bricks and a “concrete” effect floor under a ceiling of “stabilized” greenery evoke an urban passageway leading to the common areas hosting a bar, a restaurant and a library.

So many pleasant places to rest, work, meet or chat.

The 70 rooms are bright and lively: L'Échappée and Tandem, solo or romantic;

Chasers and Peloton for small tribes, family or friends.

The ensemble has earned the hotel the prize in the CommerceDesign Strasbourg Eurometropolis 2022 competition (thanks to the Frög Architecture studio, which signed the establishment!).

But the great uniqueness of this boutique hotel lies above all in its eco-responsibility which goes far (zero chemicals,

At breakfast, the products are locavore and organic and in the evening, the wines and beers are organic.

As part of its environmental approach, the hotel also offers a tandem and bicycles.

The extra for the holidays:

each customer receives a bag of bredele, Christmas cakes.

The four-star hotel Les Haras offers a delicious break of calm in the historic buildings of a former royal stud farm.

A bit away from the city center, the four-star hotel Les Haras offers a delicious break from calm in the historic buildings of a former royal stud farm, brilliantly renovated by the Jouin Manku agency.

It is therefore "at a walk" and not "at a gallop" that we discover these incredibly charming places, equipped with a good table.

In 2020, the hotel expanded a bit more, adding 60 rooms (from the original 55) in a main building across the street – a tunnel connects them directly to the main building.

These new cocoons, with a refined decoration and cut from noble and natural materials, are inspired by well-being, spirituality and ancestral medicines.

This red thread continues in the breakfast room with its bas-reliefs by the artist Pierre-Louis Dietschy.

Imagined as a botanical board, they represent plants from the pharmacopoeia.

But the most beautiful surprise is undoubtedly the spa in marble, white Corian and wood where everything is pure curves and lines.

Spectacular, the indoor swimming pool (18 meters) is bathed in natural light coming from the garden.

There is of course a sauna, a hammam and Nuxe treatment cabins.

the bar offers mulled wine on weekends and Christmas surprises are available in the rooms. 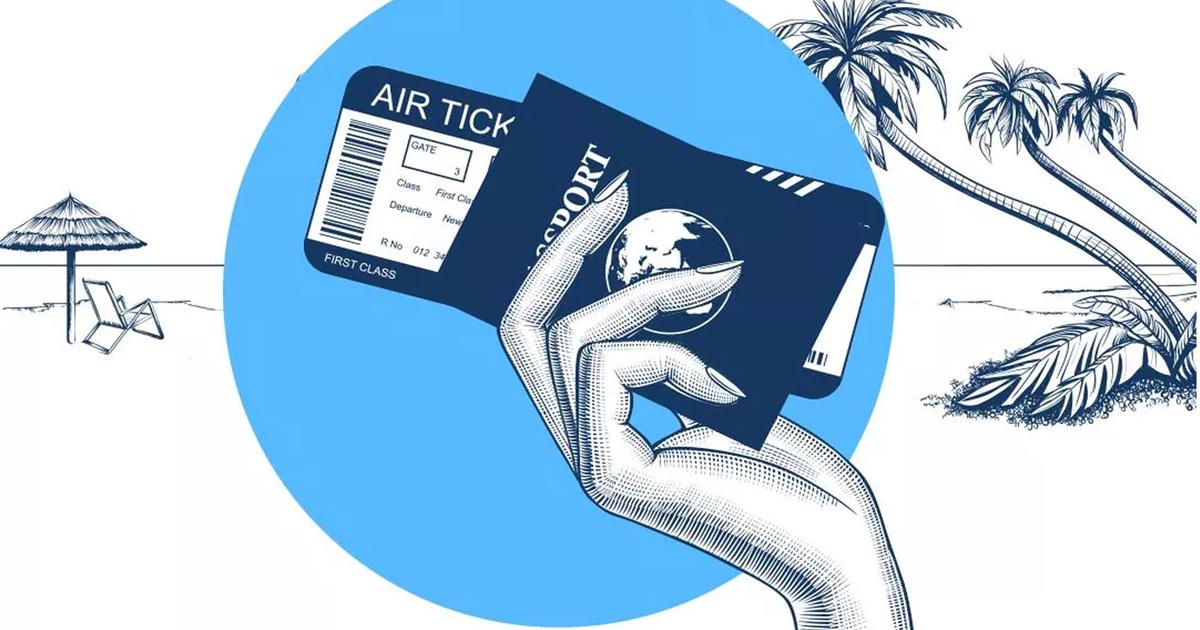 Valentine's Day, our best hotels to get away for two 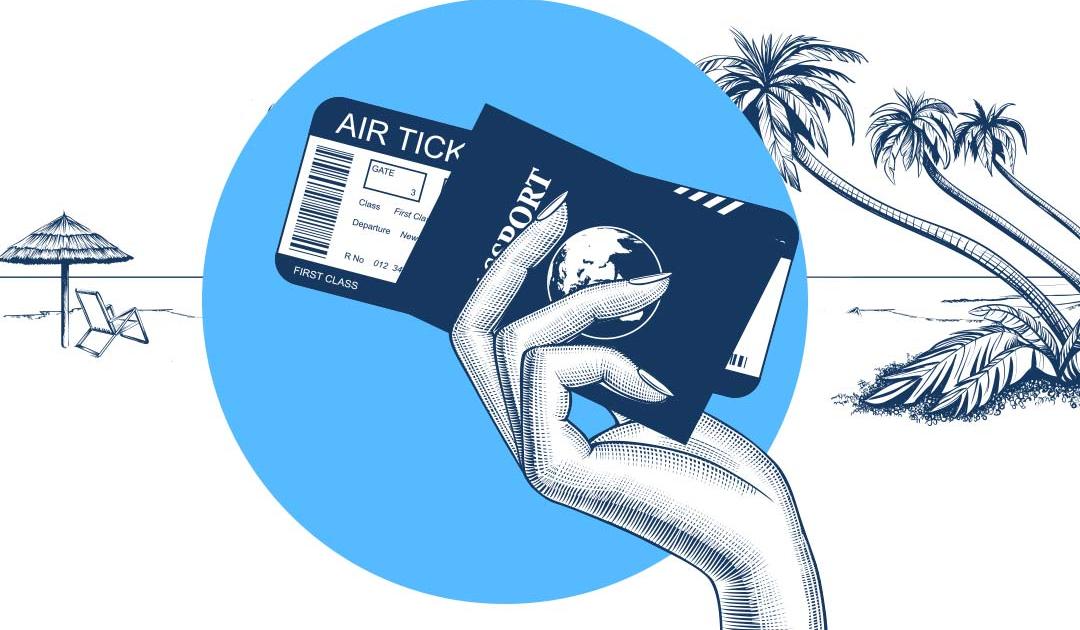 Your future favorite hotel is here 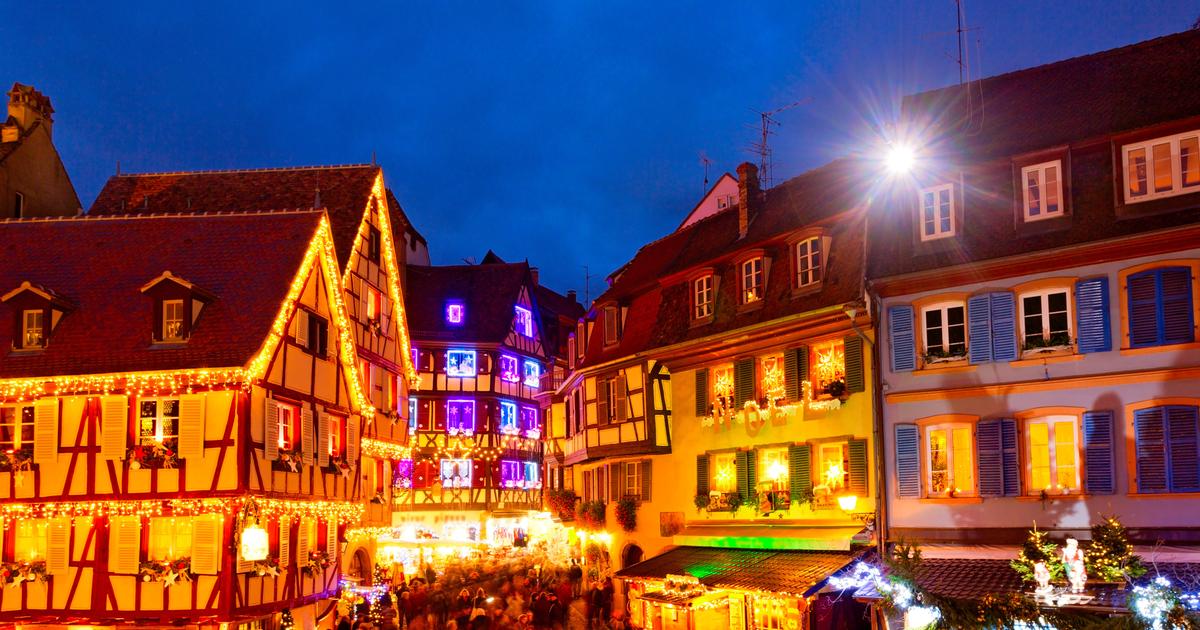 “Record” attendance in 2022 for the Strasbourg Christmas market, with 2.8 million visitors 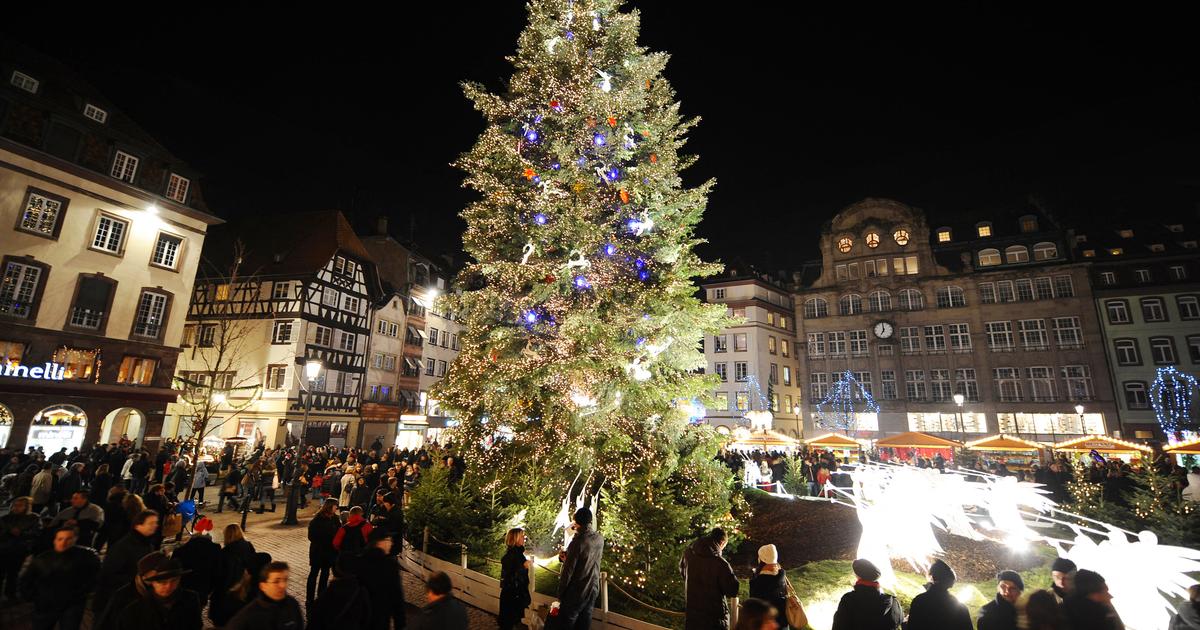 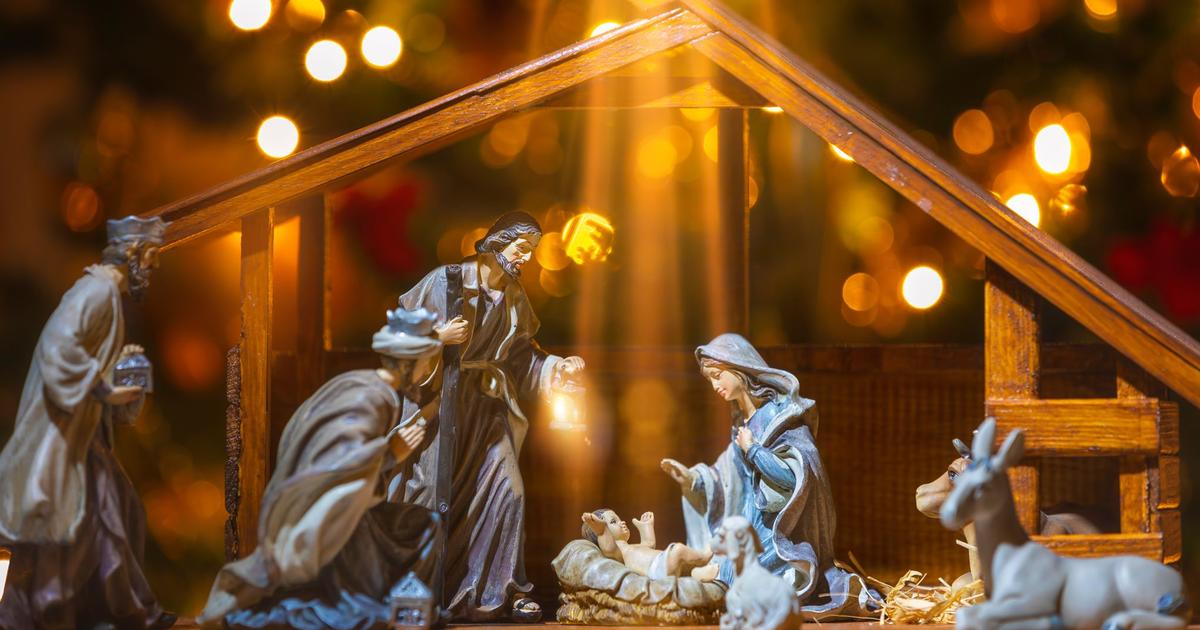 “Christmas”, “Jesus”: why these words disappear at Christmas time 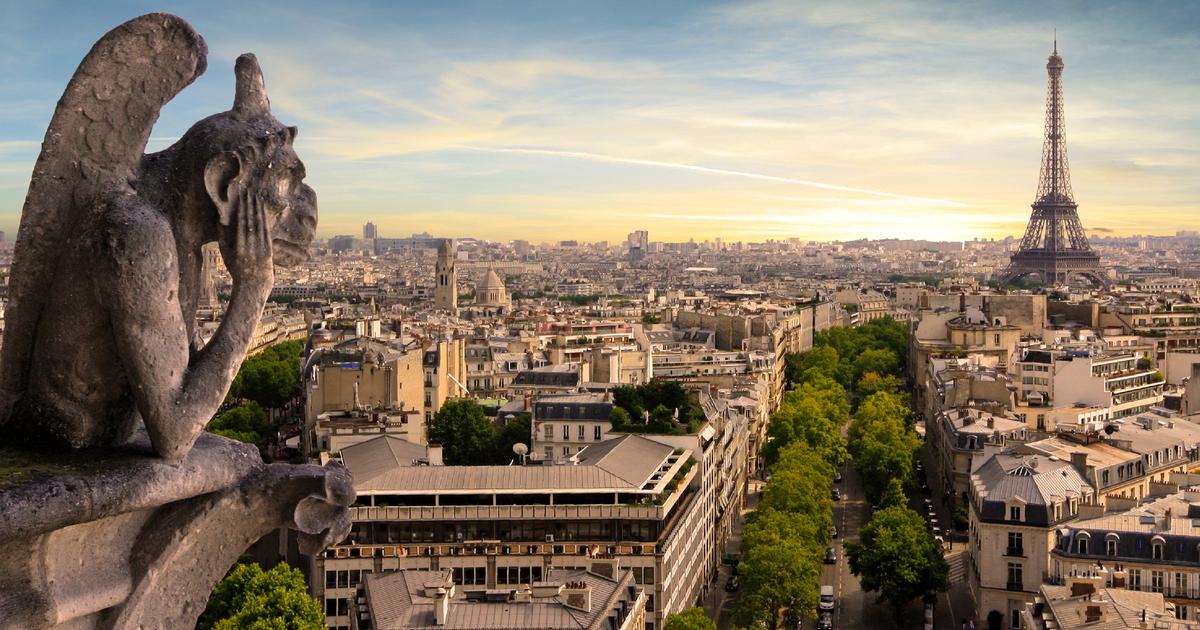 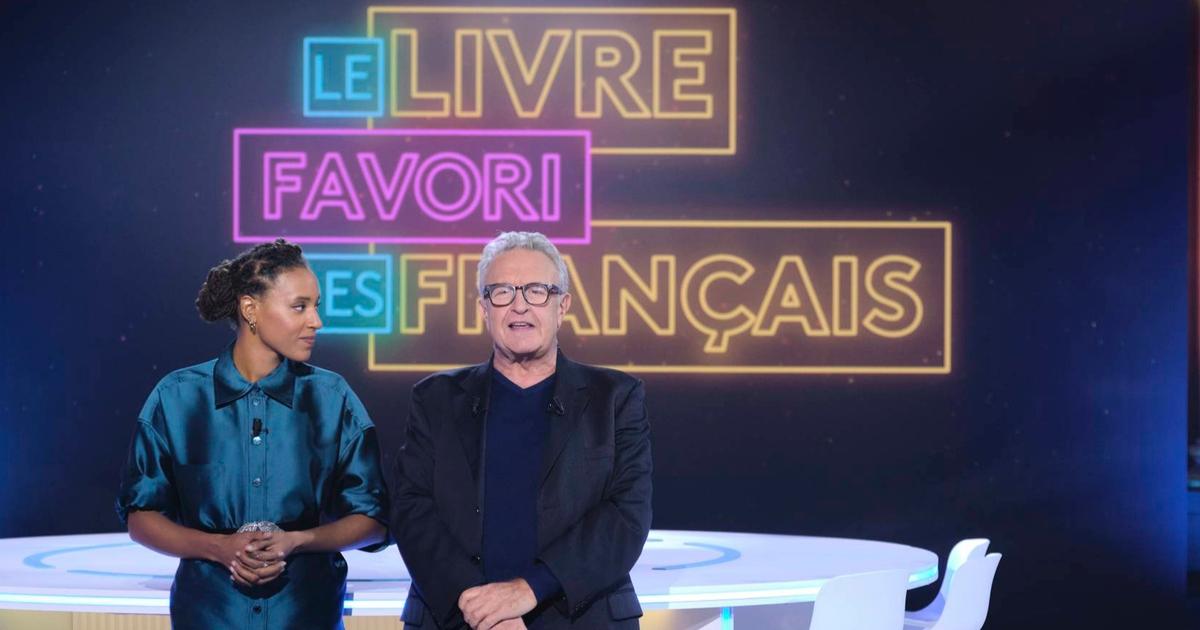 What is "the favorite book of the French?" France 2 unveils its ranking 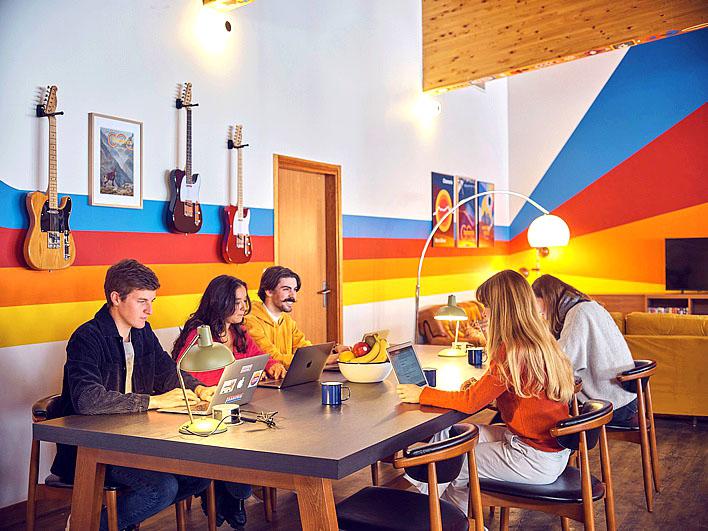 In Marseille, Lyon and Chamonix, three new hotels that want to appeal to young people