"I have a man's balls inside me": the "intersex" revealed what her sex life looks like - voila! Sheee

A young Australian girl who grew up as a girl tells of the shocking moment at the age of 16 when they discovered they had testicles that 'grew inside them': 'It was scary for me to hear.' They have since adopted the intersex identity

Blumi has never had a period and has both male and female genitalia, but she has learned to live with it and take advantage of it: "I have no hair on my body and I have never used deodorant because I don't sweat."

And what about sex life?

Have you ever wondered how intersex people navigate their lives in the world of dating and sex?

Actually, maybe we'll take a step back - do you even know what intersex is?

So let's first start with an explanation: broadly, intersex are people who were born with two genitals, male and female, that is, intersex is a concept that describes those whose physical characteristics of their sex do not correspond to the accepted division into male and female.

Intersex can be expressed in a mismatch between different characteristics by which the gender of the newborn is determined. e.

What is meant by "mismatch"?

We all learned that humans are divided into two: male and female.

This division includes characteristics such as chromosomes, hormones, appearance, genitals and reproductive systems.

so whats the problem?

In many countries, and even in Israel, when an intersex person is born, his parents are required to decide what will be recorded on the identity card - male or female.

This usually entails, on the recommendation of doctors, both complex and dangerous surgical intervention in the baby's body (even without medical necessity) and raising the child exclusively as a boy or a girl, in combination with prolonged medical interventions throughout the child's life.

These are women on whose bodies an invasive external intervention is imposed, people whose surgeries they underwent when they were just born become complicated in their adulthood and require additional treatments, and whose sex and gender are seen as a real medical problem and not as a personal decision that their basic right is to make on their own.

You'd probably be surprised to hear how common it is: according to official medical estimates, one intersex baby is born in every 1,500 to 2,000 births.

According to other estimates, but disputed, the scope of the phenomenon is about 2% to 4% of the population.

The definition of intersex, or in the medical terminology DSD, has undergone many upheavals over the years and therefore there is still no exact determination of the size of the group in Israel, but the average estimate is that 1:4000 births in Israel are of intersex.

So much for definitions and numbers and now - life itself. Bloomy, who is defined as intersex and asks to be addressed in the plural, participated in Andrew Bucklow's podcast called I've Got News For You and told what it's like to be born and live without a clear sexual identity.

@blumekind_ Sharing my story hoping to educate and reach my Inters3xy siblings!!

"I was born with something called androgen insensitivity syndrome," Bloomy told the podcast.

"Basically, I was XY and I was ready to be a boy, but because my body doesn't respond to androgens, I had to basically stay as this little default baby that we all start out with. So basically, I came out looking just like a typical female. And then once I hit puberty, I found out that I don't have a female reproductive system. I actually had eggs inside me, believe it or not."

Blumi found out at the age of 16, when they went to the doctor for an unrelated reason, but were told that they had not yet started to go through puberty.

The doctors checked it out and it turned out they were intersex - something Bloomy had never heard of before either.

Her parents who were in the room when she was diagnosed and the doctors asked her not to tell anyone because it is very dangerous to share it with people and even with friends.

And she is not alone

, not a man, not a woman: the dilemma of those born with two genitals

A successful model breaks a taboo and reveals: "I was born both a man and a woman"

Israel versus the world: Will antibiotics not be more effective in the future?

"All the secrecy and shame around it made the whole story much worse, but luckily I didn't listen to them. I felt like I wanted to share it with everyone anyway," said Bloomy.

Friends and family supported Blumi and despite the talk about him at school, most took it well.

Blumi never had an operation to remove the testicles, or to create a typical female vagina after being born without it.

Instead, the doctors recommended that Blumi undergo a process called "dilation", a process in which sticks are inserted to stretch the vagina, which would make it easier to insert a tampon or have sex without suffering severe pain.

In the end, Blumi went through this process and says that her relationship and sex life is not affected by the fact that they are intersex - since they are members of the queer community, there is an open approach, but even other friends that Blumi has who are intersex have no problems in this area.

People who are exposed to the fact that they are intersex, accept it with astonishment at the first stage, but over the years they learn to live with it and there are no less intersex people in the world than redheads for example.

"When you're a teenager, you try to be as less unusual as possible," Blumi claims, "but it changed my life for the better. I met amazing people, I learned so much about myself and all the benefits of it."

What advantages you ask?

Bloomi are complete with themselves and happy, but if there is something they would like, it is that people who were born this way would not be forced to change their gender if they don't want it and that the community would be more open to this phenomenon that is not in awareness, just as gays and lesbians were not in the past.

"I caught my boyfriend pleasuring my best friend - and they said I was bothering them" - Voila! Sheee

The "king" who slept with 17 women a week advises 18-year-old men: this is how you will get "equal girls" - voila! Sheee 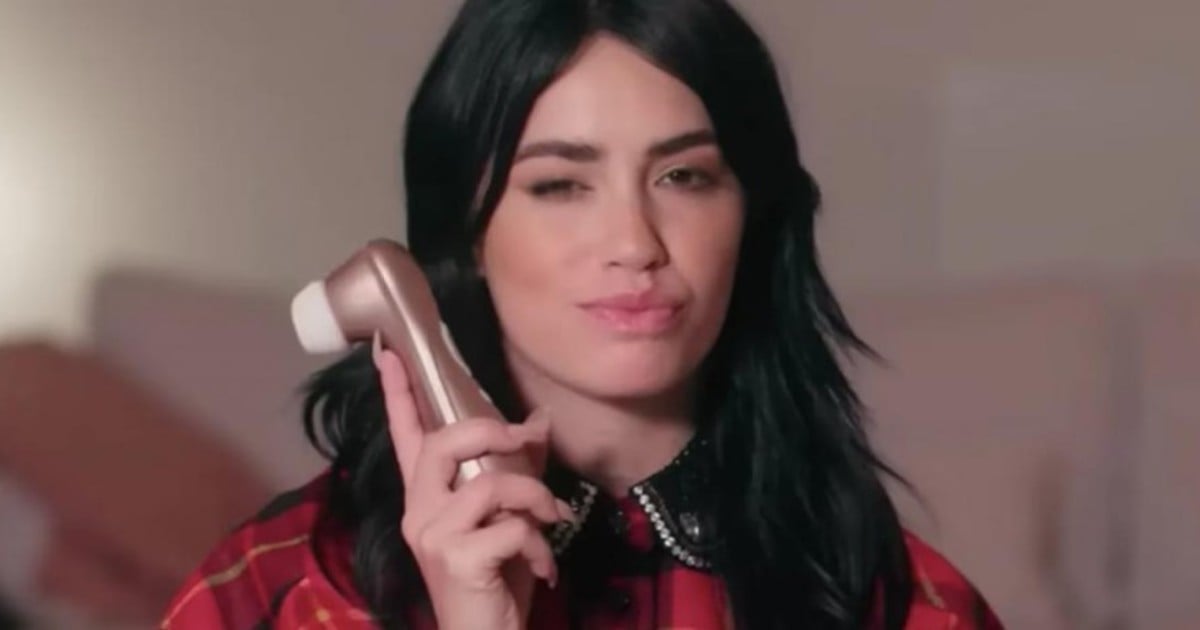 Lali Espósito's confession: she said that she always carries a sex toy in her bag

Sexy 2023: You won't believe the four types of men that women love the most - voila! Sheee

"For the first time in my life at the age of 34 I went to a sex worker. It was a terrible experience" - voila! Sheee

Come see what you missed - the Chinese bride invited her ex to the wedding - voila! Sheee

This is the average number of times couples have sex - are you keeping up? - Walla! Sheee

"This is my husband, and I also have a boyfriend. They call me egotistical, and I don't care" - voila! Sheee