Klima-Kleber in Munich – Dispute over the role of the KVR: FDP man accuses the city of “sabotage of police work”.

Klima-Kleber in Munich – Dispute over the role of the KVR: FDP man accuses the city of “sabotage of police work”. Created: 2022-12-08 12:51 p.m By: Sascha Karowski, Marc Kniepkamp, ​​Regina Mittermeier Again and again, climate demonstrators stick themselves to the streets with glue. © IMAGO/Aaron Karasek After the road blockades of the past few days, four members of the "Last Generation" are a Klima-Kleber in Munich – Dispute over the role of the KVR: FDP man accuses the city of “sabotage of police work”.

Again and again, climate demonstrators stick themselves to the streets with glue.

After the road blockades of the past few days, four members of the "Last Generation" are again in prison - the district court ordered them to be held in custody.

Meanwhile, the dispute over the role of the district administration department is intensifying.

Munich - There are harsh allegations that Martin Hagen, the leader of the FDP in the Bavarian state parliament, raises against the Munich district administration department: "The green-led KVR appears here as an extended arm of radical climate activists," he told our newspaper yesterday.

The background: On Monday, activists of the "last generation" stuck to the Stachus on the street and caused chaos in the morning rush hour.

The climate stickers had already announced this action on Friday, with precise information about the place and time.

The KVR then acted on its own initiative and imposed conditions on the climate activists for their “assembly”, including prohibiting them from sticking to the road.

Klima-Kleber in Munich: CSU makes a request - "KVR must not make itself the henchman of the activists"

“With its proactive approval, the KVR stabs citizens and law enforcement in the back.

The CSU city council faction sees it similarly: “The KVR must not make itself the henchman of the climate glue.

It needs to be clarified if and why the disruptive actions were proactively declared a gathering.

One consequence of the classification as a "gathering": Under these circumstances, the sticking action was not considered a criminal offense as before, but merely a violation of the demonstration requirements.

The liberal Hagen thinks that meetings of climate activists should no longer be approved in the future.

"Since it can be assumed that the 'last generation' will continue to ignore assembly requirements in the future, their actions may no longer be approved." For Hagen, dealing with the protest against the measures to combat the pandemic could serve as a model here.

Klima-Kleber in Munich: Mayor Reiter says the authority will “take all necessary measures”

Mayor Dieter Reiter (SPD) also sought talks with the authorities after what happened on Monday.

The result: "The KVR assured me - also in coordination with the police - that I would take all legally permissible and necessary measures to prevent this type of protest, which deliberately massively hinders people and may even endanger them."

The authority itself also reacted yesterday to "the criticism of the KVR that has recently been made by individual members of the state parliament of the FDP, the CSU city council group and the State Chancellery".

A brief digression into the Basic Law and the right of assembly is required for this.

The KVR can limit this at most if public security or order would be directly endangered if the meeting were held.

"That's exactly what the assembly authority did," says the spokesman, pointing out that sticking to the roadway was explicitly forbidden and the assembly itself was moved to the green strip.

Klima-Kleber in Munich: KVR says meetings are not approved, only noted

But why did the KVR take action at all, even though the activists themselves had not registered a meeting with the authorities?

According to the KVR spokesman, the authority was forced to act after the public announcement with precise information about the place and time.

"The mere fact that a meeting (whether reported or not) takes place means that the responsible meeting authority must take action," the KVR clarifies.

In addition, the police were able to block the road before the blockade and divert traffic with the announcement.

More underground in Munich: U5 is to be extended to Freiham - but the station is to be built earlier

"Dependency in old age would be the worst": Munich TV star provides for traumatic loss

Meanwhile, four of the climate activists are back in Stadelheim – two of them are even allowed to spend Christmas and New Year's Eve there.

After the blockade on St. Nicholas Day at the end of the Lindau Autobahn (A96), the police had applied for five-day custody for all four men in order to prevent further crimes.

However, the judge went beyond the requested period and ordered that two of the men, Wolfgang M. (48) and Winfried L. (63), each be held by the judiciary for 30 days until January 5 without a trial.

They could only be released earlier if they announced a break in the protests.

According to the police, this is the first case in connection with the activists in which the judge has ordered a significantly longer detention than requested.

According to the district court, custody is ordered to "prevent an imminent inspection or continuation of an administrative offense of considerable importance to the general public or a criminal offence".

The activists of the "Last Generation" all want to continue taking to the streets.

A court spokesman explains why some of them are in prison longer than others: Each case is examined individually by an independent judge.

In addition, the judge checks whether the announced acts can be limited in time.

The length of detention depends on the time when the activists announce further actions. 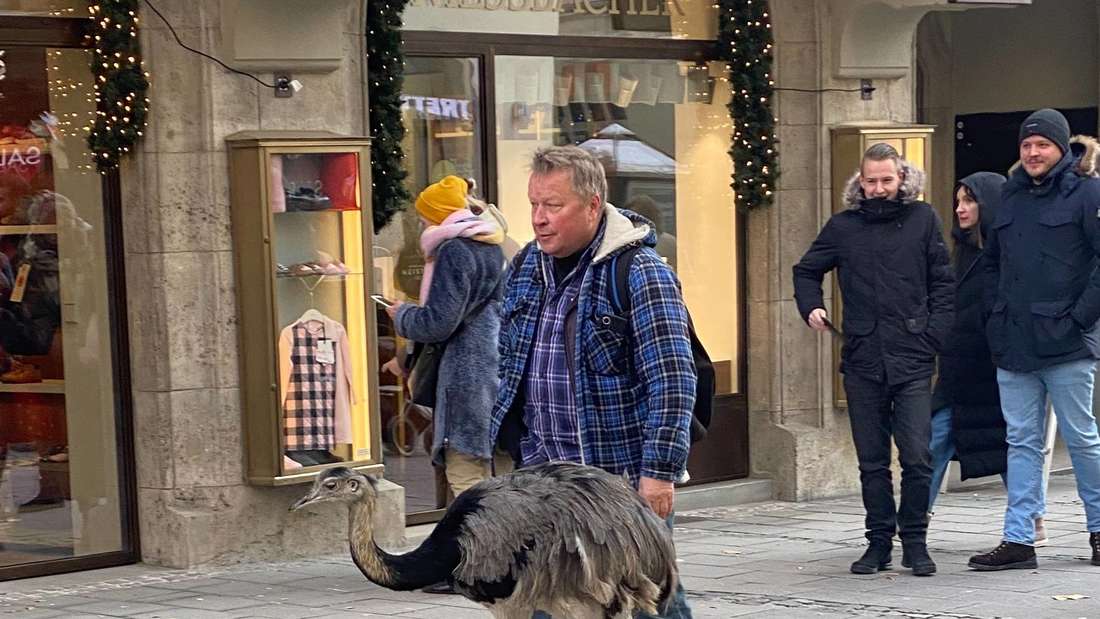 Just the calm before the storm? Munich streets free again for the climate stickers

General decree expires: are the climate stickers coming back to Munich's streets?