In a viral TikTok video, Denisha Montgomery's family assured that her death on a base in Germany was not by suicide, as the Army maintains. The soldier had denounced that she feared for her life. Now a senator demands that the Armed Forces clarify what happened.

A viral video on the TikTok social network has uncovered a new scandal in the heart of the United States Army.

A young US soldier who had reported sexual assault inside a military base in Germany died there in August of this year.

The Army says she committed suicide, but her sister maintains that she was murdered

inside the base and has posted at least 100 videos on that platform—some with millions of views—demanding that the Armed Forces clarify the circumstances of the death.

, died in Germany in August, shortly after telling her family that she had been nearly suffocated by four of her fellow military base mates during an attack, said her sister Brooklyn Price, who also serves in the Army in a Kentucky base.

The body of Private Denisha Montgomery upon her arrival in the United States.

Price said on TikTok that on July 19, a few days before her sister's death, Montgomery told family members that her classmates tried to suffocate her in a vehicle as they were returning from a water park.

The soldier shared a room with one of them, according to her sister.

"He made a video call on FaceTime and asked us to record it,

," Price said in a video with more than six million views in which he denounces inconsistencies with the Army's version and demands answers.

That clip is just one of nearly 100 he's posted since August.

According to his relatives, a week before the incident in the vehicle, Montgomery reported to his superiors that another soldier in his platoon was raped and sexually assaulted.

Chuck Grassley, a Republican senator from Iowa and a member of the Congressional Judiciary Committee, sent a letter on December 6 to the director of the Army Criminal Investigation Division (CID) raising inconsistencies in the reports about the death of the soldier and demanding answers for the family.

According to the letter, the soldier's account of what happened on July 19 to her family does not match the CID's version, which maintains that two individuals "who did not belong to her platoon" attempted to sexually assault her in the bathroom. from the water park and that her classmates defended her.

"The clear conflict between the description of the video of Private Montgomery and the CID requires an explanation," claimed the senator, who asked the Army for a full report on the case before December 20, including interviews with those involved in that attack and the status of the complaints that she said she made to her superiors.

"This has to end"

Montgomery's sister claimed that she did not commit suicide and was instead looking forward to returning to the United States.

"This has to end, we have to get a change, it can be your sister, mother, aunt," she claimed in another of her videos.

According to her complaint on the networks, after the death of the soldier, the Army ordered its members not to speak or publish anything about the case.

Only one of them did and, according to his version, he died shortly after.

"They said she died from a seizure but she had bruises and bump marks," she claimed.

The family of the Latina soldier Vanessa Guillén who was murdered at her base is suing the US government.

The Montgomery family's complaint comes more than two years after the murder of Latina soldier Vanessa Guillén at the Fort Hood military base.

Her case sparked criticism against the Army and the culture of silence around abuses inside military bases.

Guillén had told family members and colleagues that she was sexually harassed on the base, but her complaint was ignored.

She disappeared on April 22, 2020. Her remains were not found until June 30 in an investigation riddled with errors.

The main suspect, Aaron Robinson, committed suicide before being arrested and his accomplice, Cecily Aguilar, pleaded guilty in late November 2022.

His murder led to the approval of the law #

that seeks to protect victims of sexual violence in the armed forces and that independent investigators take charge of their complaints.

A report this year estimated that more than 8% of female soldiers experienced sexual harassment in 2021. In total, at least 7,260 complaints were counted, out of an estimated 35,900 such incidents.

Many continue to go unreported for fear of retaliation.

The investigation of the death of a kafir fighter: the fighters used to take grenades into the rooms - contrary to the procedures - voila! news

"We didn't get any answers from you": the family of the intelligence officer found dead in prison appeals to the outgoing Chief of Staff | Israel Hayom 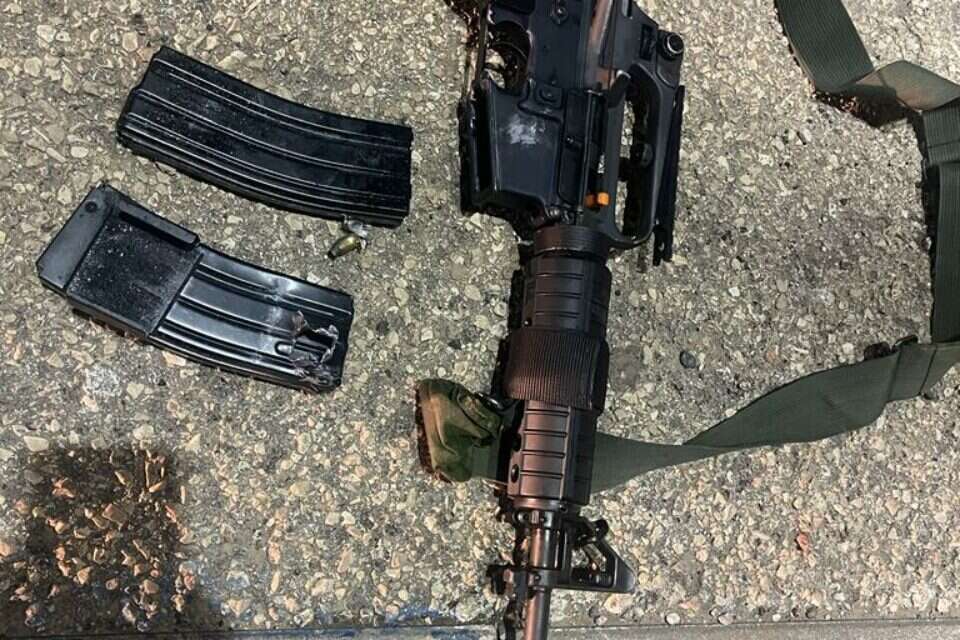 Disaster at a base in the center of the country: an IDF soldier was killed by a weapon | Israel Today

The IDF will recognize the intelligence officer T. who died in prison as a space "in retrospect and before the law" - Voila! News

The soldier suspected of accidentally shooting his friend claimed in his investigation that he tried to manipulate a malfunction in the weapon and did not play with it - voila! news

An unusual incident: a soldier was killed and three others were injured by a non-standard fallout explosion - collected contrary to procedures | Israel today

"They climb over corpses": Wagner's advance is reminiscent of a zombie film