Sara Doorsoun: "And there is still something to complain about"

Main player in the national team, in Wolfsburg only on the bench: DFB star Sara Doorsoun is dissatisfied with the situation in the club. She talks about her mistakes at the World Cup - and the claims in Germany.

For Sara Doorsoun and the DFB team is on Saturday the first international match since the quarter-finals at the 2019 World Cup on. In the European Championship qualification (12.30 clock live ticker SPIEGEL ONLINE, TV: ARD) is the opponent Montenegro - with a clear victory wants to continue coach Martina Voss-Tecklenburg the started at the World Cup development.

Doorsoun, one of the few players with a migration background in the national team (mother Türkin, father Iranian), belongs again to the squad, even though she started hesitantly in her club VfL Wolfsburg in the season. On the first matchday, she was not used, after all, came in last weekend. VfL coach Stephan Lerch sees strengths in Doorsoun in the speed and the defense behavior, but also weaknesses in the opening of the game. In an interview, Doorsoun talks about starting in Wolfsburg - and draws a self-critical World Championship record.

SPIEGEL ONLINE: Ms. Doorsoun, did you think the World Cup was the regular place at VfL?

Sara Doorsoun: I switched to Wolfsburg last year and wanted to first get to know the philosophy of the coaching team. Since it was completely ok, if I have not played from time to time. Now my claims have changed.

SPIEGEL ONLINE: What are these ambitions?

Doorsoun: I come from a World Cup where I played every game. I know that you can not compare the national team with Wolfsburg, but in principle I have the claim to make every game at VfL Wolfsburg.

SPIEGEL ONLINE: How was the preparation in Wolfsburg after the two-week break following the World Cup?

Doorsoun: At first I thought: Oh God, I have to get back on the training ground? The first week was very hard for the head. For that reason, I allow myself many rest periods. Nevertheless, it may be that I will have a low someday.

SPIEGEL ONLINE: What is possible with the VfL this season?

Doorsoun: We have strengthened ourselves in the width of the squad again. The competition is insanely great. With this team, all three titles are possible.

Doorsouns World Cup conclusion: "The goal must never fall like that"

SPIEGEL ONLINE: What do you think about the involvement of many European top clubs in the men's field?

Doorsoun: Of course it's attractive if Manchester United or Real Madrid have women's teams. And it's great that Lyon and Paris Saint-Germain are so successful, but the rest of the French league does not sound so appealing. If I have three top games in the league at the end of the year, and - I do not want to offend any team - the rest is like training games, that would not irritate me.

SPIEGEL ONLINE: That's not different in the Bundesliga with Wolfsburg and Bayern.

Doorsoun: We only drew against Essen last season. Potsdam is always unpleasant. Freiburg has over 40 points two years ago (twelve teams in the Bundesliga, d. Red) fetched. Sure, there are always two or three teams that are not good enough, but the Bundesliga is not a self-runner.

Sara Doorsoun talks about what players can do better in public:

SPIEGEL ONLINE: National coach Martina Voss-Tecklenburg has announced that they want to pull together with the players the World Cup conclusion, and she explicitly wishes criticisms from the World Cup riders. Have you already thought about something?

Doorsoun: It's not my job to comment on the coaching team's decisions. That's what the team council has to do. We should therefore consult honestly and critically internally, and the team council players should pass that on.

SPIEGEL ONLINE: What is your personal record?

Doorsoun: I got into the tournament relatively hard. Overall, I found my performance against China (1-0 win in the first group game) ok, but of course my mistakes stuck.

SPIEGEL ONLINE: Why was your start so slow?

Doorsoun: I was very nervous. It was my first big tournament where I was in the starting lineup. In the club I did not play that much before the World Cup. That's no excuse, but in the late games against Nigeria and Sweden, my performance was as it should have been at the beginning of the tournament.

SPIEGEL ONLINE: In central defense, the national coach has not changed. How do you rate your interaction with Marina Hegering?

Doorsoun: We get along very well. Sporty, we complement each other well. Marina is good for the ball and I can protect with my speed behind it. That did not work against Sweden, when Marina lost the header duel before the 1: 1 and I was too far advanced. This gate must never fall like this.

SPIEGEL ONLINE: Why did this first goal of the tournament unsettle the team?

Doorsoun: When the game started, I was absolutely sure that we would not lose. The first 20 minutes against Sweden were our best performance of the tournament. After the equalizer we had a lot of possession, but we did not score any more chances. I can not answer why the gate made us so outrageous.

SPIEGEL ONLINE: How did you perceive the media coverage during the World Cup?

Doorsoun: That was good - there was a lot of interest in us. We have a very young team. I was in a room with Lena Oberdorf, the youngest player in the squad, trying to help her: What can you say in interviews, what better not to say.

SPIEGEL ONLINE: Is the coverage in women's football too uncritical?

Doorsoun: I do not think so. Especially in Germany you are already very critical with us. There we win 3-0 against Nigeria, and there is still something to moan about. Criticism is part of it, but we always have to create something very special. The Dutch women are a good counterexample: They win only 1: 0 or 2: 1, do not play good football, and still is reported totally positive. And we have the feeling that we are only satisfied when we win 7-0.

SPIEGEL ONLINE: In November, Germany denies a friendly match in the Wembley Stadium against England. More than 50,000 tickets have already been sold. In the European Championship qualifier against Montenegro in Kassel (Saturday 12.30 pm live ticker SPIEGEL ONLINE, TV: ARD) threatens against it again a sparse backdrop. Does the early World Cup lead to a downward trend in women's football?

Doorsoun: I was at the European Championships two years ago. Since I had in the quarterfinals after the out a bad feeling. This year, the attention was much larger. People like to participate in the process we are involved in.

Sara Doorsoun tells in the video how she came to football:

Sara Doorsoun: "And there is still something to complain about"

Sara Doorsoun: "The goal must never fall like this"

Draw in the top game: Rekördchen in the women's Bundesliga 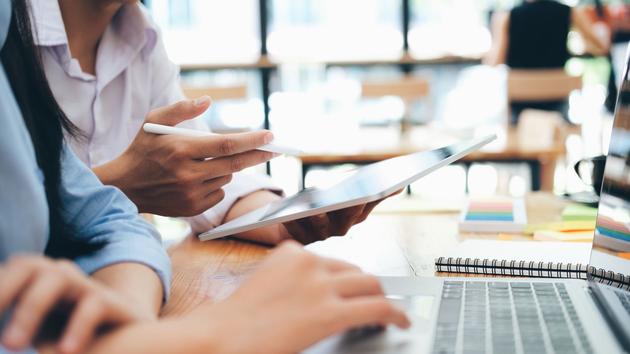 Are you well-lit in the office?