From the title defense is nothing: against the Austrian Dominic Thiem the German tennis pro Alexander Zverev had all break opportunities unused.

Alexander Zverev retired from the ATP's annual finals in London. In the semi-final against the Austrian Dominic Thiem last year's winner lost 5: 7, 3: 6. For Thiem, who is known as a clay court player, it is the greatest success on hard ground so far. In the group stage, he had prevailed against Roger Federer and Novak Djokovic.

As the first Austrian Thiem reached the final of the ATP Finals, where he meets on Sunday (19 clock, TV: Sky) on the Greek Stefanso Tsitsipas, who had won the generation duel with Roger Federer.

Both players made only a few mistakes with their own service. Zverev earned four break opportunities, but he left all unused. Thiem, on the other hand, hit on two out of five occasions, the first time at the end of the first set, looking for a tiebreaker. At the score of 5: 6 Zverev made his serve game, whereupon he hurled his racket on the floor during the sentence break.

In the second set, Zverev took the break at the score of 2: 4. After 1:34 hours, Thiem turned his first match ball with a forehand that Zverev did not reach.

The moment @ThiemDomi secured his place in the #NittoATPFinals championship match

The ATP Finals are after the four Grand Slam tournaments the most important competition in the men tennis. At the end of the season, the first eight players in the world ranking list are invited annually. Overall, the tournament is endowed with a prize money of nine million US dollars (about 8.15 million euros). Defeat against Djokovic for Zverev on Adria tour

Despite Corona: US Open should take place as planned Still in the dark, the world of tennis begins its recovery 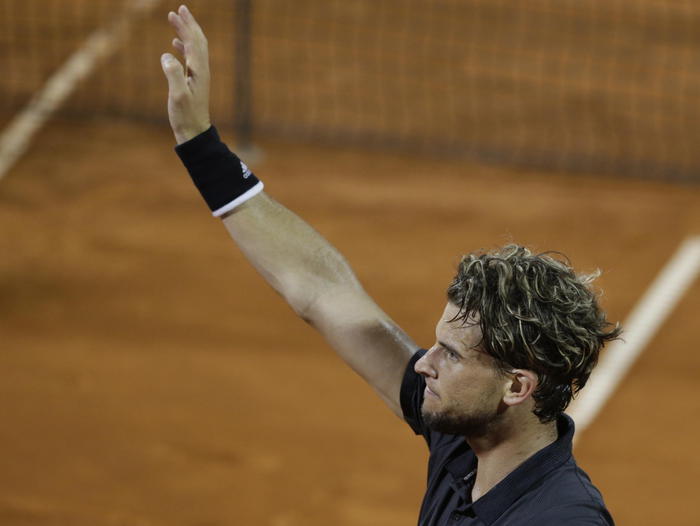