Regular place against substitute bank: Schalke number one, Alexander Nübel, will be playing at Bayern from summer. The 23-year-old wants to develop into Manuel Neuer's successor - in Munich and the national team.

It is one of the most unusual changes in recent Bundesliga history: Schalke captain Alexander Nübel, 23 years old and one of the greatest goalkeeper talents in Europe, swaps his regular position in Gelsenkirchen for the substitute bank in Munich. At least for now.

What was speculated shortly before Christmas is now official: Nübel is transferring to FC Bayern free of charge for the 2020/2021 season. The Munich now announced. Nübel, who did not want to extend his contract with Schalke, which expired in the summer, has signed a contract with the German record champions until 2025. The goalkeeper, who became vice-European champion with the German U21 team at the end of June 2019 and was one of the best goalkeepers of the tournament, is to be built in Munich as the successor to regular goalkeeper Manuel Neuer.

Newer’s current contract runs until 2021. The 33-year-old is to be extended until 2023. Nübel wants to develop in the shadow of the 2014 world champion so that he can inherit Neuer sometime in Munich and possibly also in the German senior national team. According to SPIEGEL information, his contract with FC Bayern does not include an exit clause.

One of the big questions with this transfer is the extent to which Nübel should be deployed to the Munich team in a timely manner. Neuer is known for being very ambitious and wanting to play every game. That came out most recently in the discussion about Marc-André ter Stegen, his competitor in the national team. According to "Sport-Bild" Neuer is said to have rejected a possible job sharing with Nübel in a conversation with Bavaria's sports director Hasan Salihamidzic.

With the transfer, Bayern want to prevent a similar vacancy in the Munich Gate after Neuer's career end as after Oliver Kahn's departure in 2008, when neither Michael Rensing, Thomas Kraft nor Hans-Jörg Butt were able to meet the high demands in the long term ,

Nübel is still relatively new to the Bundesliga. Only a year ago he had pushed Ralf Fährmann out of the Schalke goal and has played 35 Bundesliga matches since then. When Neuer switched from Schalke to Bayern in 2011, he had already played over 150 Bundesliga games, won the DFB Cup and was in the semi-finals of the Champions League. Although promoted to captain at FC Schalke in summer 2019, Nübel is still at the beginning of his career.

Therefore, there appears to be a great risk of not being able to get past newcomers, thus not being able to collect practice and endangering a positive career with this early move to Munich. It is not yet known that Nübel was promised a certain number of games.

The 1.93 meter tall goalkeeper wants to get used to the high standards in Munich, you can hear from his surroundings. A loan to another club is not planned. Nübel wants to develop at Bayern to become Neuer's heir. Whenever that will be.

There will be no clash with his new club in the second half of the season. The Schalke game on Matchday 19 against Bayern missed Nübel. After a hard foul in the game against Frankfurt on matchday 15, he had seen the red card and was then suspended for four games.

FC Bayern: President Hainer justifies Nübel transfer: "... that would have been negligent"

Matthäus criticizes Nübel for FC Bayern transfer - "Do not believe that ..." FC Bayern: President Hainer justifies the Nübel transfer: "... would have been negligent" 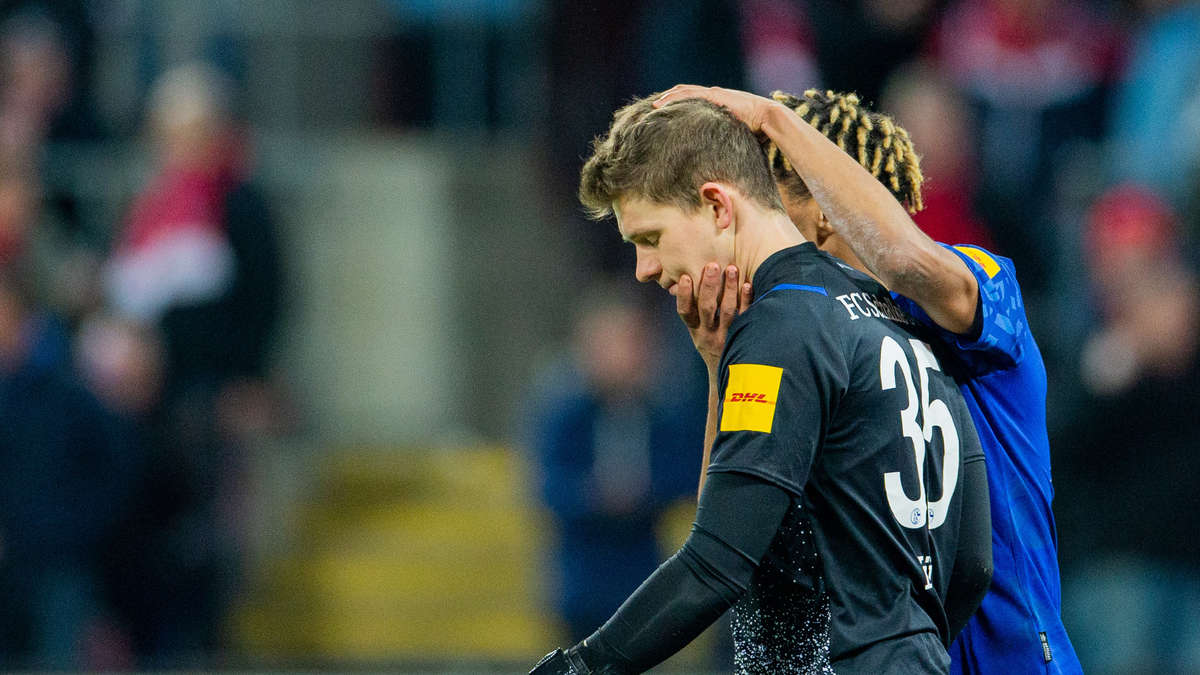 FC Bayern: President Hainer justifies Nübel transfer: "... that would have been negligent"