The Polish Susser striker goes into the interface, is superbly served and creates the ball over the horn in the mesh.

2. Minute: First free kick from the half field for Bayern. But the Cologne clear the scene.

3.20 p.m .: The mood is magnificent. Football lives in Müngersdorf - today also in the game 1. FC Köln against FC Bayern . It's starting soon!

15:14: Cologne manager Horst Heldt also expresses himself at Sky and hopes for the support of the audience, he demands the "interaction between team and fans".

Heldt continues: “In the home games we managed to get people back to our side through a committed approach. We have a very sensitive, good audience that gets in straight away. Bayern will try to take the lead quickly for the first 20 minutes. ”

1. FC Köln versus FC Bayern in the live ticker: Flick bases his choice on Coman

15.09: Hansi Flick speaks at Sky : “He is good in one-on-one, can prepare well. As long as it goes, he will be on the pitch and give everything, ”explains the Badener of the Kingsley Coman lineup.

Flick apparently has a cold, explains why everything stays the same in defense: “On the defensive it is important that you are well-rehearsed. So far, things have gone very well in the second half of the season. Lucas ( Hernández, d. Red. ) Is incredibly important, very confident. We will build in successively. "

3 p.m .: Effzeh coach Markus Gisdol is at Sky am Mirko: “We have to play football the way we did in the past few weeks. This is a stress test against the currently best team. It is important to us that we play good football, that we find solutions under pressure. I watched so many Bayern Munich games. My team should play football bravely, even if the pressure seems great. We want to get Bayern's incredible high back four into trouble. ”

2:45 pm: Bayern's line-up is here: Hansi Flick puts Leon Goretzka on the bench and brings Kingsley Coman for it from the start.

Philippe Coutinho is once again not in the starting XI. Lucas Hernández does not get a stake from the start.

2.30 p.m .: Polarizing news even before the game of Bayern in Cologne : David Alaba, whose contract expires in 2021, has expressed change ideas.

"We will see. I'm not thinking too much about it at the moment, ”said the Austrian of the English Daily Mail :“ But I can imagine playing somewhere else in the future. ”

2:15 p.m .: Welcome to the live ticker for the Bundesliga away game of FC Bayern at 1. FC Köln - don't miss anything here!

FCB has already arrived in the cathedral city and the FCB stars were greeted by numerous fans here too:

Update from February 15, 5:30 p.m .: FC Bayern under pressure! Before the Munich away game at 1. FC Köln , the champions rivals presented in the Bundesliga .

After BVB had already won 4-0 against Eintracht Frankfurt on Friday evening, RB Leipzig made a 3-0 win against Werder Bremen on Saturday afternoon - and (at least temporarily) took over the championship lead again.

The results of the 22nd game day on Saturday (before the evening game):

1. FC Köln - FC Bayern in the live ticker: ARD is once again in the second row

Update from February 15, 12.20 p.m .: The game of Bayern tomorrow in Cologne can of course be seen on Sky . The ARD will (once again) only be able to show highlights of the game.

When it comes to betting on TV rights , public service providers are now lagging behind Deutsche Telekom, DAZN and even Amazon Prime.

And at ARD there is now also a personnel rally: WDR sports director Steffen Simon will mainly retire to the second row, instead of which Florian Naß will increasingly comment on football games - those that have actually remained the first.

1. FC Köln against Bayern is at least not one of them. At tz.de * you can find out where and how you can watch the Bundesliga match live on TV and in live stream.

Update from February 15, 11.55 a.m .: Bayern goalkeeper Manuel Neuer can play in Cologne on Sunday. That was announced by coach Hansi Flick at the Spieltags-PK on Friday.

The goalkeeper of the German champions had missed the training on Thursday due to illness, but was back on the lawn on Säbener Strasse just a day later.

Update from February 15, 8.21 a.m .: Bayern compete against 1. FC Köln on Sunday. In addition to concentration, Munich also has fun playing football. The criticized Jerome Boateng, whose new girlfriend published a kiss photo on Valentine's Day, is currently clearly enjoying being a defender and showed his Brazilian side in training: Press conference in the live ticker: Big Bayern comeback at the showdown against RB Leipzig? 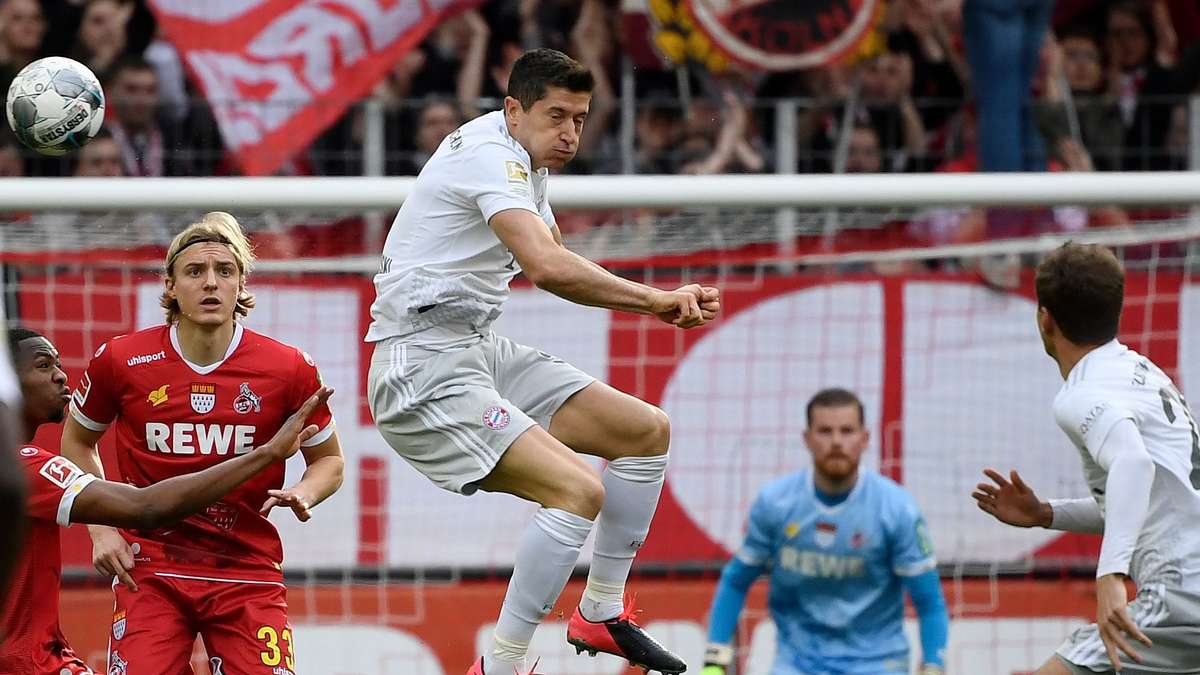 PK in the live ticker: Which returnees are there again against Augsburg, Mr. Flick?