Nations League: Hammer group for DFB-Elf is certain even before the draw

The Nations League groups will be drawn on Tuesday. Germany is in pot 4 - heavy chunks are waiting for Joachim Löw's team.

The Nations League groups will be drawn on Tuesday. Germany is in pot 4 - heavy chunks are waiting for Joachim Löw's team.

5:03 p.m .: The first games of the new Nations League season take place during the international breaks in October, November and December - after the European Championship in summer.

Update at 4:41 p.m .: Germany had actually relegated from the A-league for sporting reasons. However, because Uefa reformed the Nations League, the team of national coach Jogi Löw can continue to compete in the highest league. The European Football Association increased this from 12 to 16 nations .

First announcement: Amsterdam - The Nations League draw is due tonight! And for this ceremony, draw professional Jogi Löw needs strong nerves. Because heavy opponents threaten the German national soccer team for the second edition of the Nations League . In the group draw for the UEFA competition, which takes place in Amsterdam on Tuesday from 6 p.m., the selection of national coach Löw is only placed in pot 4 of league A. Thus, as in the European Championship in summer, there could be duels with European champions Portugal and world champions France. The team around his superstar Cristiano Ronaldo is in pot 1 after the premiere success in 2019 as well as England, the Netherlands and Switzerland.

In addition to the Équipe Tricolore, Spain, Belgium and Italy are also in the second pot. In Pot 3 are the promoters from the B-League from Bosnia-Herzegovina, the Ukraine, Denmark and Sweden. Together with Croatia, Poland and Iceland, Germany is only in pot 4 .

The four relegation teams from the first edition only remain in League A, as the top class was increased by UEFA from 12 to 16 participants. Two group games take place in September, October and November. The Nations League winner will then be chosen in a tournament of the four group winners in June 2021 in one of the participating countries.

Nations League: Draw in the live ticker - Germany in pot 4

At the premiere of the competition, which Löw also viewed with skepticism, the DFB selection was victorious in their group behind the Netherlands (0: 3/2: 2) and France (0: 0/1: 2) in last place. Thereupon Löw decided to make a radical change and from then on did without the three ex-world champions Mats Hummels , Thomas Müller and Jérôme Boateng .

However, the Nations League currently plays no role for Löw in the daily planning. The national coach focuses his entire focus on preparations for the European Championship in summer. Then France (June 16), Portugal (June 20) and a winner of the playoffs in March (June 24) are waiting as group opponents in the Allianz Arena * in Munich.

Meanwhile, the fans are looking forward to the DFB Cup. The quarter-finals will be held on Tuesday and Wednesday, we will report on the cracker between Schalke and FC Bayern in the live ticker. 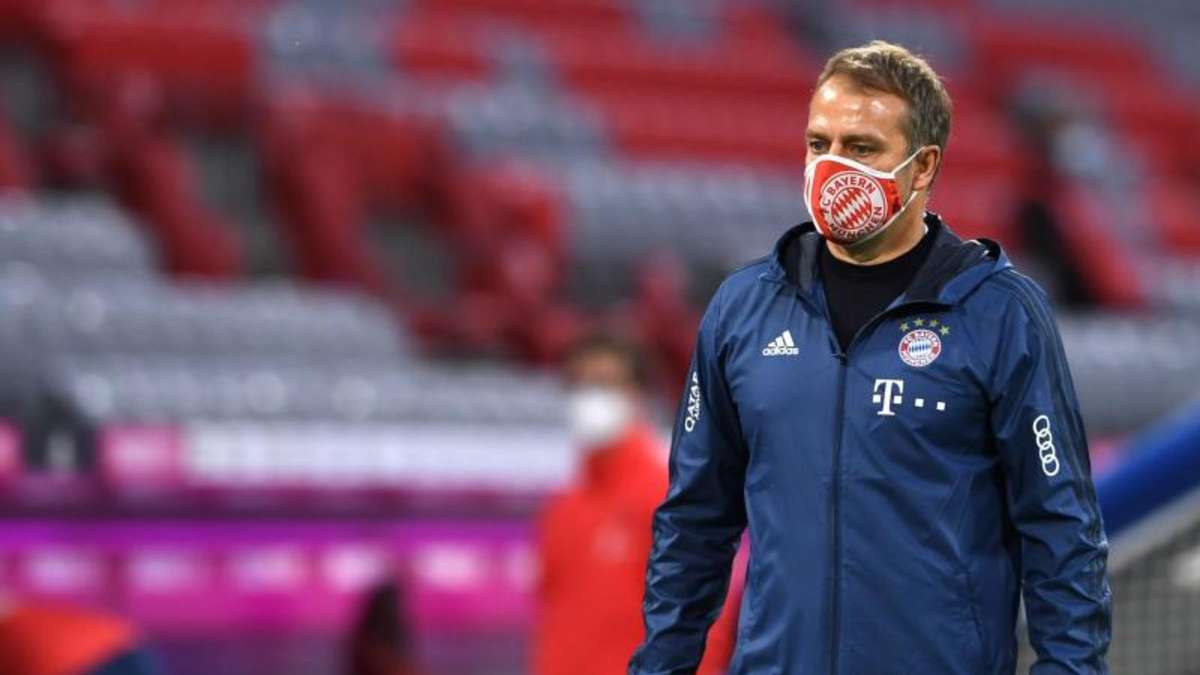 Flick thinks "zero" of the masterpiece: goal guarantors are missing

Bayern vs. Gladbach in the live ticker: Flick finds Lewa replacement - and has a mega surprise ready