Update of June 9, 7.30 p.m .: Bayer Leverkusen  has to do without its most important player at 1. FC Saarbrücken : game designer Kai Havertz (20) is unable to play in the Saarland due to knee and muscle problems.

Apart from this game, the German international is in an absolute transfer focus. In addition to Bayern Munich, Chelsea from the Premier League should now also strive for the dangerous offensive player.

Saarbrücken - Leverkusen in the live ticker: All eyes on Daniel Batz

Update from June 9, 7 p.m .: Bayer Leverkusen  is focused and focused on the big chance of the DFB Cup final - probably because of the role as a clear favorite against the regional league club from Saarland.

# Dragović: "Our big goal is to reach the final clearly."

"We must not and will not underestimate Saarbrücken . We have to go into the game with 100 percent - we'll lose with 90 percent, ”said Austrian defender Aleksandar Dragovic before the game in Völklingen.

In the quarterfinals against Fortuna Düsseldorf (7: 6 iE), the 29-year-old goalkeeper parried four times. The goalkeeper had already held a penalty from the Rhinelanders in the regular season. Is there a crime story against Bayer 04 today ? Batz would be well prepared.

Saarbrücken - Leverkusen live: Bayer was last in the DFB Cup final in 2009

Update June 9, 17:20: The 1. FC Saarbrücken is the latest with the DFB Cup semi-final tonight back on the big football stage. The club last played in the Bundesliga in 1993 and in 2005/06 it played its last two league season.

In the coming season, the Saarlanders will be the first place in the Regionalliga Südwest in the 3rd division . Is there even a big sensation with the final entry to Berlin ?

Opponent Bayer Leverkusen could move back into the DFB Cup final for the first time since 2009 (0-1 against Werder Bremen) . In 1993, the Werkself won the trophy for the first time. In the semi-finals, the Rheinländer beat Eintracht Frankfurt 3-0 at the time, in the final there was a 1-0 against the amateurs of Hertha BSC.

1. FC Saarbrücken - Leverkusen in the live ticker: Bayer won the cup in 1993

That should actually be enough motivation, says coach Peter Bosz: “Cup final! If the players don't understand that ... "

For Peter #Bosz, the word "semi-final" is enough for the importance of the game tonight ...

Kai Havertz will not be there in Saarbrücken . Leverkusen probably does not want to take any risks and therefore foregoes the mega-talent. In addition to Bayern, Chelsea are now said to be hot for Havertz.

Update from June 8, 6.44 p.m .:  That other Bundesliga clubs keep their fingers crossed for FC Bayern is rare. It's different in the DFB Cup semi-finals. Several teams hope for the Flick-Elf to reach the final.

Update June 8, 16:55: The 1. FC Saarbrücken fever the DFB Cup semi-final against Bayer Leverkusen and thus the climax of the recent club history.

"Even if we complete work on the stop, completely beyond us grow and make the game of our lives, we still need a bit of luck that Leverkusen in one way or another scene just miss sometimes the post," said coach Luke Kwasniok on the press conference for the game in Saarland.

In order to overthrow the favorite, he and his team had worked out a "battle plan" in the past few weeks. "We have to get into the opponent's heads. We have to design the game so that Leverkusen leave the field and say that was the most disgusting opponent of the season, ”said the 38-year-old Pole.

Update from June 8, 3 p.m .: After six unsuccessful attempts, including a bankruptcy in the relegation against TSV 1860 Munich 2018, 1.FC Saarbrücken will return to the 3rd league for the coming season - whenever the new one Season in the Corona crisis starts.

At the time of the end of the season, the Bundesliga * founding member was the  league leader of the Regionalliga Südwest , with a six point lead over the local rival SV Elversberg.

The Regionalliga Südwest GbR had named the 1st FCS on May 26 as the season's winner and thus promoted.

Since the Ludwigspark Stadium in Saarbrücken has been newly built and extensively renovated since the beginning of 2016 - and construction work is continually being delayed - the 1st FCS has played  its home games in the Hermann Neuberger Stadium in neighboring Völklingen (40,000 inhabitants) since then .

The stadium, which only has 6,800 spectators for competitive games (originally), has gone somewhat out of fashion. It was built around 1930 and lastly modified in 2016 for the game operations in the Regionalliga Südwest - by the tenant 1. FC Saarbrücken .

In the previous DFB Cup  2019/2020, the provisional home that borders the Saar river has proven to be a real pledge for the blatant outsider.

1. FC Saarbrücken - Bayer Leverkusen in the live ticker: hosts as the first fourth division in the DFB Cup semi-finals

First announcement from June 7th: On March 3rd, 2020 the world was different. The corona virus had already spread, but mainly in the Asian region.

In Germany, on the other hand, a lot was still about football and on this special evening about 1. FC Saarbrücken . Because at that time the research regional league continued its triumphal march in the DFB Cup , knocking Fortuna Düsseldorf out of the competition 8: 7 after a penalty thriller.

Keeper Daniel Batz became a great hero, parried a Rouwen Hennings penalty in regular time and when the drama reached its climax Kenan Karaman, Kevin Stöger, Matthias Zimmermann and Mathias "Zanka" Jörgensen despaired. After Jahn Regensburg (3: 2), 1. FC Köln (3: 2) and Karlsruher SC (5: 3 nE) , the Düsseldorf team was already the fourth professional club to be crushed by the Saarlanders and was the first fourth division team to reach the semi-finals of the competition .

1. FC Saarbrücken - Bayer Leverkusen in the live ticker: outsiders have already risen - but without practice

A lot has happened since that late winter day. The corona virus * paralyzed public life in Germany . Professional football is played again, but before empty ranks * . And so the anticipation will also be clouded in Saarbrücken, if the festive day with the noisy fans in the back would have been a bit more special.

After all, the team of coach Lukas Kwasniok can now concentrate completely on the semi-finals in the DFB Cup. Because the regional league was canceled, the FCS was promoted to the 3rd league . However, this also poses a major problem: The team has not played a competitive game for a good three months , most recently on March 7 at FCA Walldorf for goals and points. It set a 0: 1 for the Saarbrücken.

1. FC Saarbrücken - Bayer Leverkusen in the live ticker: Werkself in good shape - but maybe without Havertz

Leverkusen, on the other hand, are in full juice before the DFB Cup semi-finals and had to face FC Bayern München * on Saturday as the most difficult opponent possible. The Werkself 2: 4 was their second home defeat in a row, but Bayer have also won twelve in a draw in their last 15 games .

The favorite role is clearly distributed before the meeting on Tuesday from 8:45 p.m. Before the appearance in Völklingen, Saarland, however, coach Peter Bosz fears for his best player: Kai Havertz, who is being courted by all sorts of top clubs, had to pass against FC Bayern due to muscular problems .

In the second semi-final, FC Bayern face Eintracht Frankfurt. How you see the DFB Cup semi-final between Saarbrücken and Bayer Leverkusen today on free TV *, we have summarized for you on tz.de.

After DFB-Pokal-Aus against Bayer 04: Saarbrücken coach blows on reporter - "That is mental thin whistle"

FC Bayern in Leverkusen in the live ticker: Havertz vortex before the kick-off

FC Bayern versus Eintracht Frankfurt in the live ticker: Do the Munich players play in a new jersey? 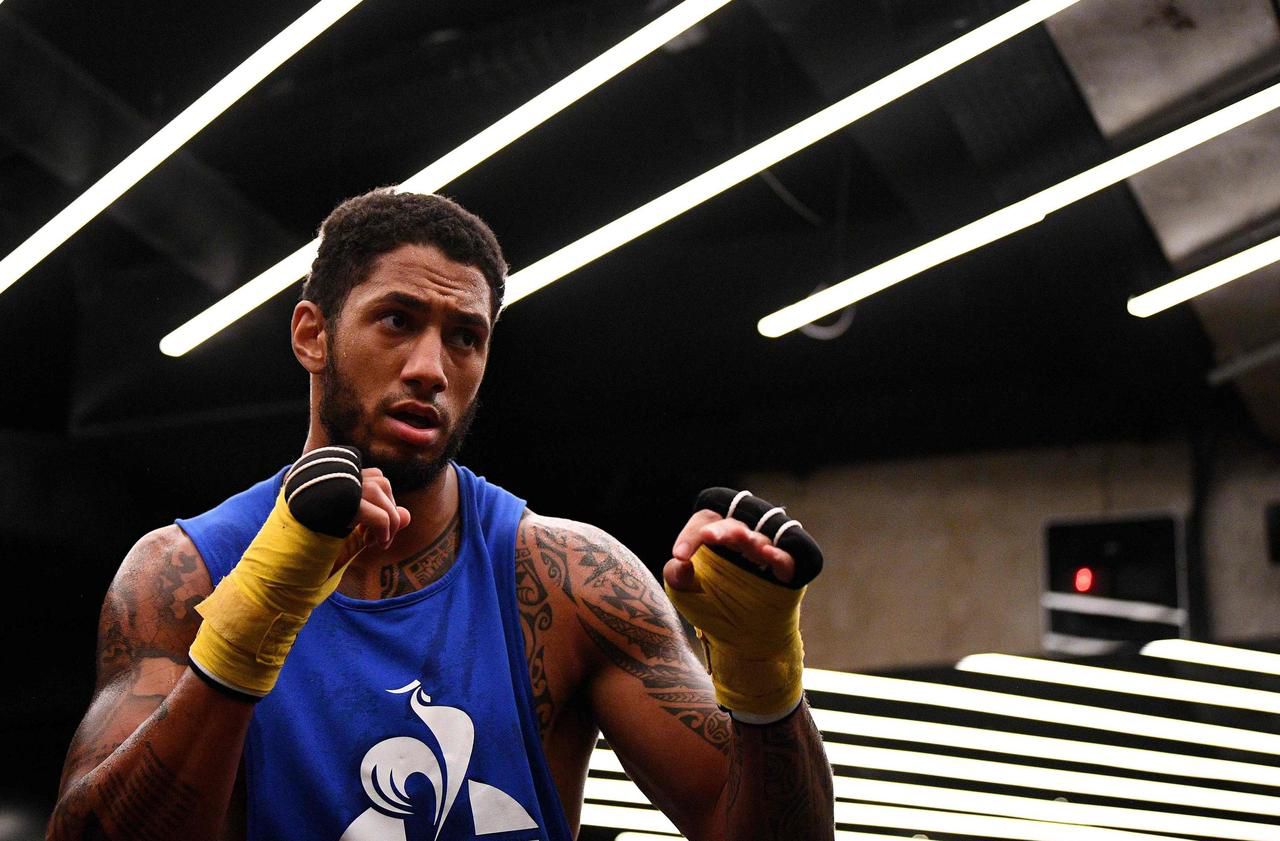 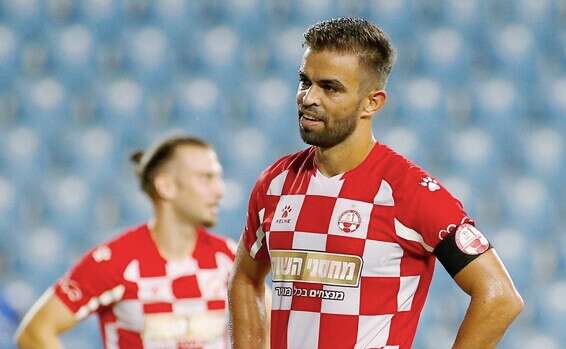 "We are close but Plzen is strong" Israel today OM will complete their transfer window with "pure talent" Luis Henrique, unless ... Europe is already over for Reims

The Syrian Special Olympics Foundation is showing an outdoor educational film for its players within a social event
2020-09-24T20:17:37.088Z 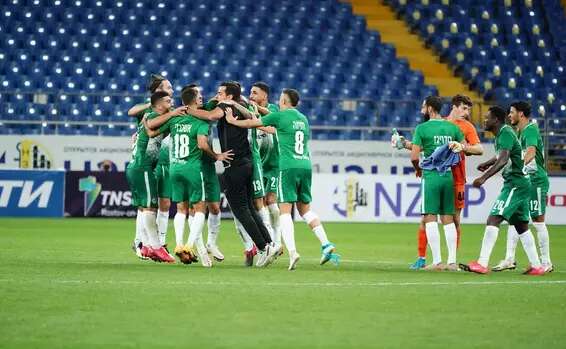 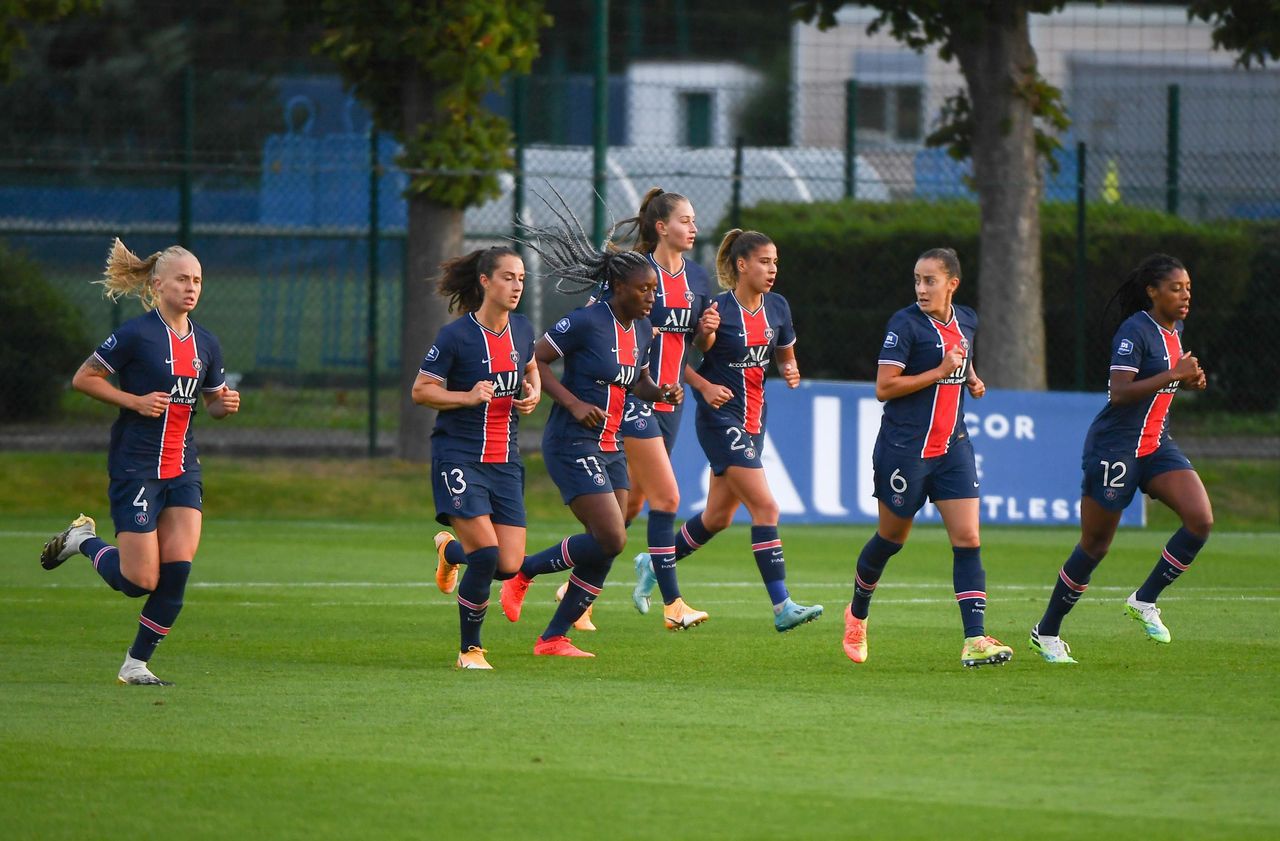 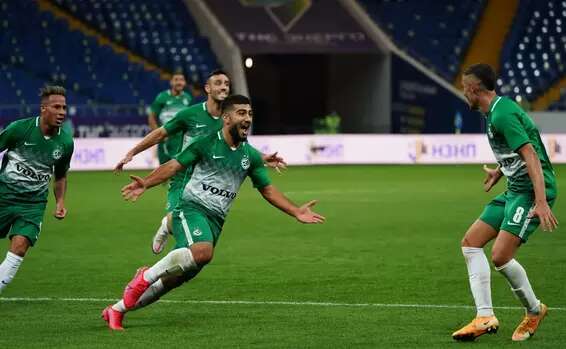