Update from August 16, 1:10 p.m.: In exactly two hours, the lights in Barcelona will turn green. But before Formula 1 starts, Mick Schumacher has put a small exclamation mark in Formula 2.

Michael Schumacher's son took his fourth podium this season on Sunday. In the sprint race in Barcelona , the 21-year-old Prema driver finished third behind the Brazilian Felipe Drugovich (MP Motorsport) and the Italian Luca Ghiotto (Hitech). In the main race on Saturday, Schumacher was sixth, with 79 points in the overall ranking in the chasing group.

“We brought it together well this weekend, especially in the second race, but of course we always want more and look forward to Spa,” said Schumacher. The Belgian Ardennes circuit is the next stop in Formula 2 on the last weekend in August.

Update from August 16, 11:41 a.m.: The Spanish Grand Prix starts in a good four hours. We are excited to see whether a team will succeed in breaking through the supremacy of Mercedes. Max Verstappen in the Red Bull is most likely to be trusted. But whether he has a chance of victory?

You probably don't have to reckon with Ferrari in Barcelona - the Scuderia's performance so far at the weekend has been too weak. But let's just let ourselves be surprised.

4:02 p.m .: Q3 is through! Hamilton takes pole from Bottas and Verstappen . Looks familiar to us, this constellation. Perez and Stroll follow in the Racing Points, Albon in the second Red Bull, the two McLaren with Sainz and Norris as well as Leclerc in the Ferrari and Gasly in the Alpha Tauri complete the top ten. The starting grid at a glance:

3:54 p.m .: Vettel is only two thousandths missing in tenth place and thus to Q3. The Ferrari driver is of course disappointed with the Sky microphone. He hits the reset button every time, but it just doesn't pay off. After all: in eleventh place, he will be the first driver to have a free choice of tires on Sunday.

3:41 pm: Oh no, Seb! Vettel is out, only eleventh place in Q2! The German, Kvyat, Ricciardo, Räikkönen and Ocon have to give up and can no longer slip into the top ten. Vettel is 1.155 seconds behind the leading Hamilton , Ferrari team-mate Charles Leclerc was eighth - around 0.2 seconds faster than the Heppenheimer.

Update from 3:02 p.m.: Those were crazy scenes that we saw at the end of the third free practice session. Will there be another crash in qualifying ? What is Sebastian Vettel doing ? The qualifying runs, we are in the live ticker here.

Update from August 15, 1:55 p.m.: What a dramatic end to the third free practice session! Estaban Ocon was on the track with his Renault and drove at top speed against an extremely slow driving Kevin Magnussen in the Haas. The Frenchman could not evade in time and hit the wall on the right. Ocon lost his front wing in the collision and caused red flags with his crash in the remaining minutes. Now the mechanics have to get down to work to get the car back into shape for qualifying at 3 p.m.

First report from August 13th: Barcelona - The sixth race weekend of the current Formula 1 season * starts on Friday at the Circuit de Barcelona-Catalunya . Ironically, the pilots go to the start in the corona risk area, where German vacationers are warned against a stay.

One of the favorites for the Spanish Grand Prix * is the current track winner, Mercedes driver Lewis Hamilton . But there was already a surprise last week at the 70th anniversary Grand Prix in Silverstone * when Max Verstappen from the Red Bull Team * left his competitors behind and secured first place. So there could be surprises again. In the drivers' standings * Hamilton is 30 points ahead of Verstappen, but the lead could continue to melt.

Who has absolutely nothing to do with the top this season is Sebastian Vettel *. The Heppenheimer is in a real epidemic season and attracted attention less with his driving style than with his ongoing conflict with the Ferrari * managers over Mattia Binotto and disputes with his team. But a positive trend could begin in Spain .

In view of Vettel's lap times, it was assumed that barely visible damage to the chassis was the main reason for his poor performance. Now the Italian racing team reacted and provided the four-time world champion * with a new frame for the race near Barcelona. The 33-year-old is now under particularly close observation . Should he end up well behind his team-mate Charles Leclerc again , a fault in the chassis can be ruled out.

But why is Formula 1 * making a detour to Spain, where even a driver was infected with the new virus? Apparently you feel safe. The Foreign Office warns against traveling to the Catalonia region again, but the race weekend will take place as planned. “Corona doesn't only exist in Spain. We just have to be careful, ”said Max Verstappen. As part of Formula 1, 25,000 tests have been carried out since the start , three of which were positive. (ajr) * tz.de is part of the nationwide Ippen-Digital editors network.

Formula 1: bitter pill! Vettel disappoints in Mugello - and is outclassed by his teammate

Formula 1 in the live ticker: Bitter pill! Vettel disappoints in Mugello - and is outclassed by his teammate 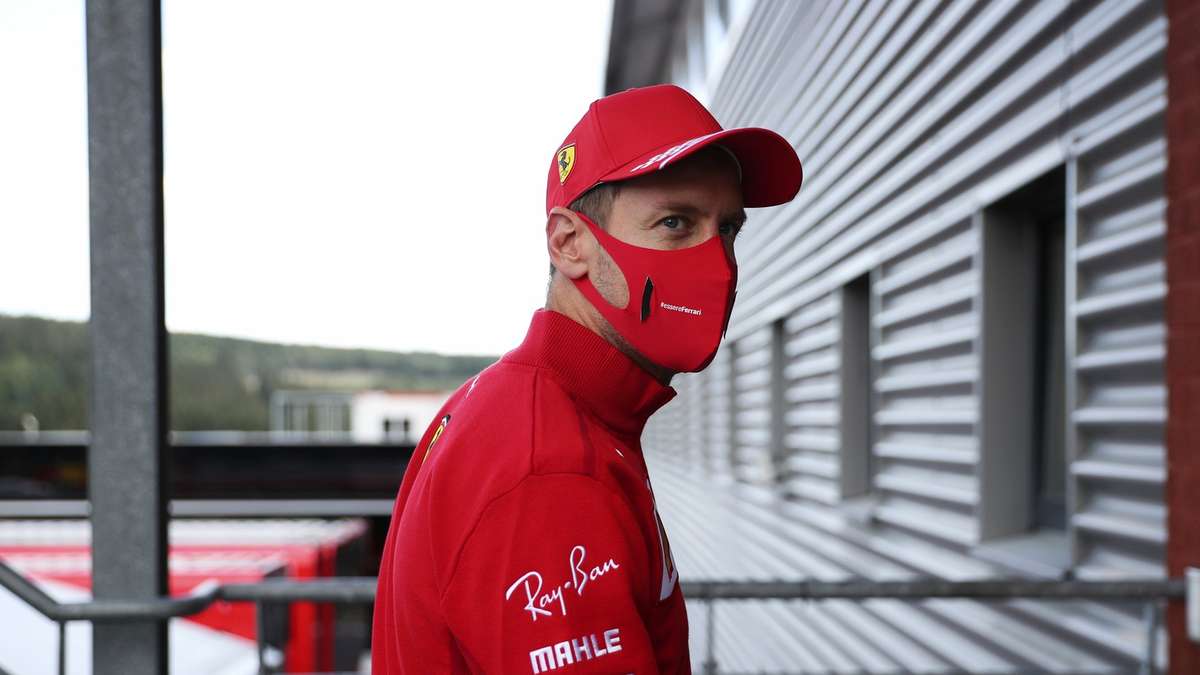 Formula 1 in the live ticker: next debacle for Sebastian Vettel - in Imola of all places 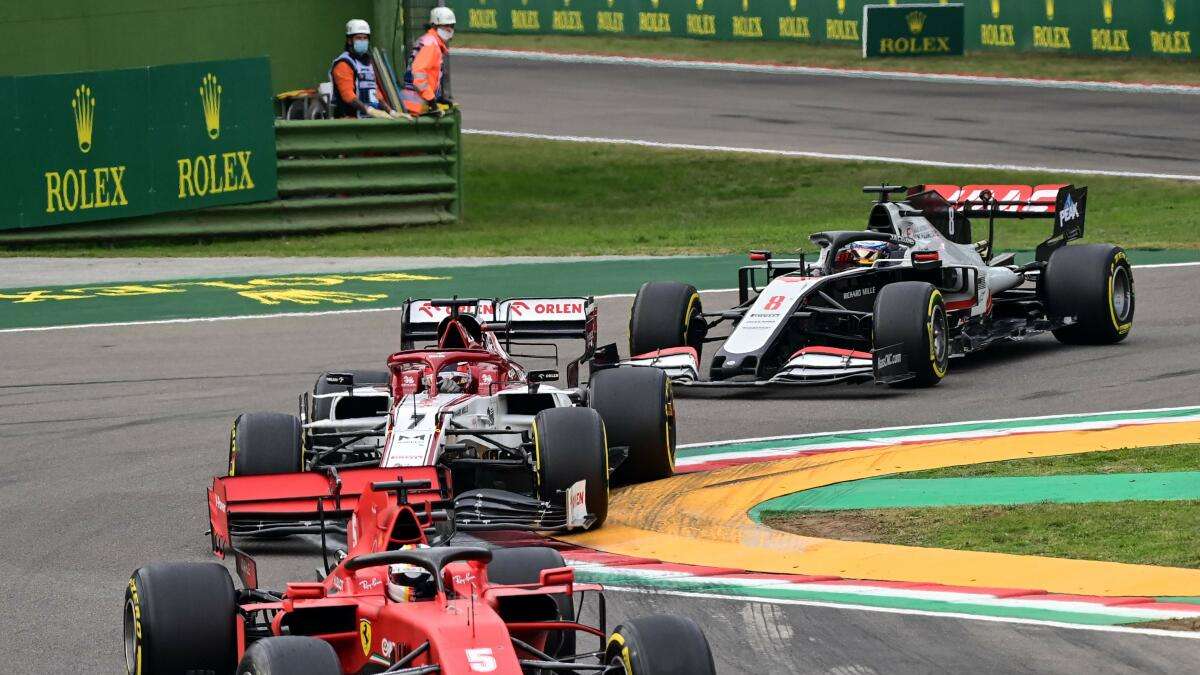 Formula 1: Vettel with the next debacle in Imola - disgusting moment at the award ceremony