FC Bayern Munich is in the final of the Champions League. Here you can find the international press comments on the victory against Lyon.

FC Bayern Munich is in the final of the Champions League. Here you can find the international press comments on the victory against Lyon.

Lisbon - Bavaria! The Champions League final * is fixed, for the first time in seven years, the Munich team made it into the final of the premier class * perfectly. The 3-0 win over Olympique Lyon reads clearly. In the end it was a tough job, as Bayern star Joshua Kimmich had to experience.

Nevertheless: At FCB, of course, the joy prevails. Serge Gnabry's dream goal was the door opener *. The national player also revealed afterwards why he took heart from a distance. Much to the delight of coach Hansi Flick *, who is now making Bayern dream of a triple. Will he be wearing the lucky charm jacket of assistant coach Hermann Gerland * again in the final? After the game he confidently said: "I don't think it's necessary."

What does the international press say about Bayern's entry into the final ? A familiar picture: Martial language, a lot of violence and death. We have summarized the reactions.

L'Équipe : “The end of the dream. Bayern Munich * threw Lyon out of the Champions League thanks to a brace from Serge Gnabry (3-0). "

France Football : “Gnabry, that killer. Despite the promise of Hell to Lyon, especially after the incredible 8-2 win against Barcelona, ​​Lyon had the opportunity to advance to the final. "

Le Parisien : “Bayern, Lyon conquerors, initiated a dream final against PSG. The Germans took their first bite out of Lyon in the semi-finals on Wednesday evening. "

Marca : “A great FC Bayern * makes for a great final. Now there are already 42 goals in the premier class. "

Sport : “Gnabry brings Bavaria to the final. The triple - 90 minutes away. "

Guardian : “Gnabry's brace fires Bayern into the final against PSG. Hansi Flick's team is packed with so many assault weapons that it feels inevitable that if one of them doesn't stab, then another does. Today it was Serge Gnabry who inflicted the deadly cuts on Lyon to secure the delicious final with Paris Saint-Germain on Sunday. "

Independent : “Brutal Bavarians show Lyon the limits. 58 seconds separated snapping from killing the big dream. The line between heroism and reality can be very fine. The growl and beauty of this Bayern team are currently unparalleled in Europe, like a Swiss Army attack knife that can punish an opponent in dozens of ways from just as many directions. The cracks in their armor - namely the huge space behind their high-level defenses - were nevertheless revealed. ” (Akl) * tz.de is part of the Ippen-Digital network.

The international press sees Gnabry as a “murderer” and, despite the triumph, criticizes the Bavarians, sometimes sharply 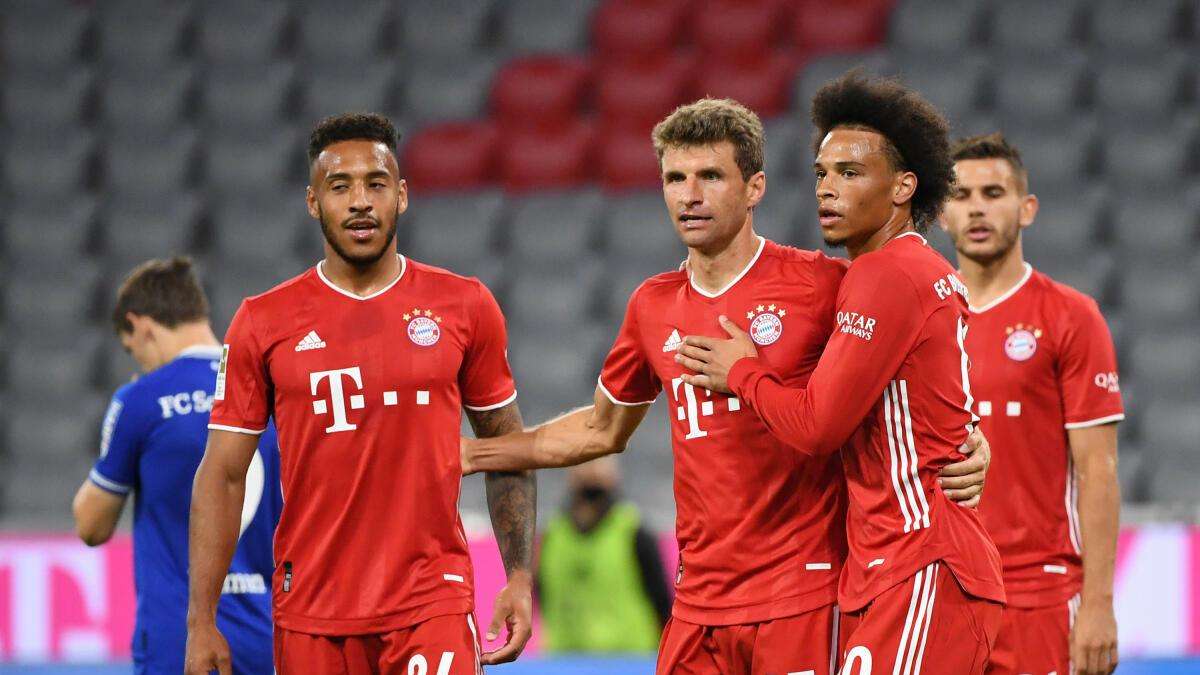