At Mainz 05 they are trying to limit the damage after the strike on Wednesday. The main fault is "aggressive reporting". The team has been fermenting for a long time. 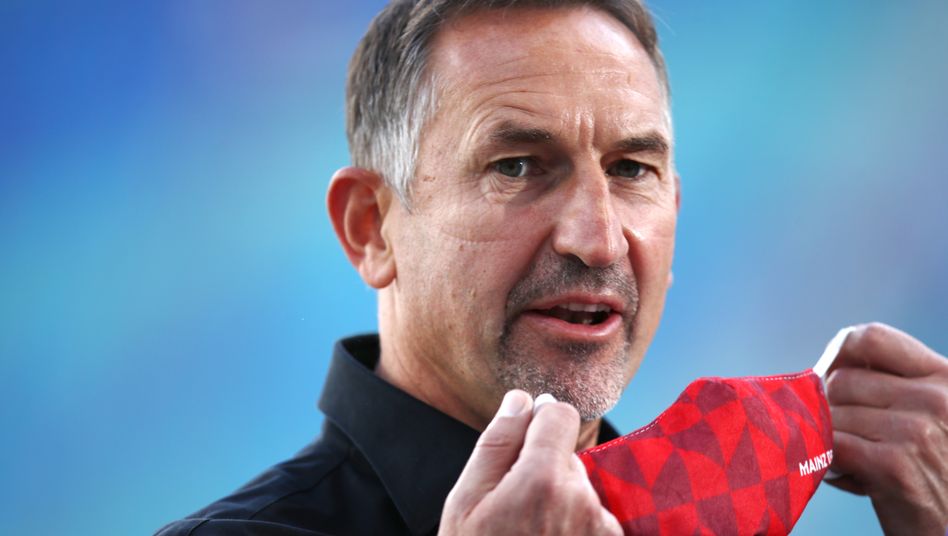 At the very end of the press conference, sports director Rouven Schröder was asked how big the damage to the club's image was - for club Mainz 05, which likes to call itself family, as a small idyll in the tough Bundesliga business.

"The topic of player strike will now always be associated with Mainz 05," that is "an escalation level," replied Schröder.

The ideal world in Mainz, it didn't exist before this Wednesday, but now it is completely gone for everyone to see.

Schröder knows that the professionals refused to train on Wednesday afternoon out of solidarity with striker Adam Szalai, who was released by the club. He knows that he has been with the club since 2016 and has a reputation for being one in Mainz Acquired a functionary who tends to seek compensation.

But his skills as an arbitrator have never been in greater demand than at the moment.

There is talk of a falling out between team and coach Achim Beierlorzer, the thing with Szalai was just the spark that set the whole thing on fire.

Schröder is doing his best to put out this fire again on Thursday.

In the morning they "discussed things with each other and made it clear", the team would "naturally train" in the afternoon, and they agreed "that we will deal with everything else internally".

And since showing a certain self-criticism always contributes to de-escalation in such foaming situations, he admitted that "this consistent and unpopular decision" was unhappily communicated in relation to Szalai: "We misjudged that."

Responsible for the fact that everything could build up, however, was above all "an aggressive reporting in the past few days".

This was obviously based on statements made by Szalai consultant Oliver Fischer in the "Bild" newspaper, who after the suspension of his protégé had spoken of the association's behavior making him "stunned".

However, it was also part of this supposedly aggressive reporting that the authority of the trainer is now clearly in public doubt.

Discrepancies between Beierlorzer and individual players could already be read in the second half of the preseason, and this seems to continue to smolder in the early stages of the new season.

"I do not notice a rift," asserts the coach, instead he speaks of a "debate in the preseason that was urgently needed".

However, that just sounds like different formulations for the same thing.

Adam Szalai, here in the game against Schalke 04 in February

It was made clear to Szalai weeks ago that the club no longer counts on him, but on younger people, that he will hardly ever get any working hours, say Schröder and Beierlorzer.

The inconsistency of the athletic management, on the one hand not signaling any prospects for the 32-year-old, but on the other hand still using him in the first round of the cup, not only caused headshakes in the team.

Beierlorzer was asked why Szalai had to be demonstratively excluded from training when he appeared on the club premises on Wednesday despite his suspension.

The coach said they "wanted to avoid a conflict".

There was talk of a lack of team spirit at Mainz 05 in the past season, at least that doesn't seem to be the issue anymore.

Beierlorzer found it "understandable" that the players showed solidarity with Szalai, not to appear for training, "but something like that would never have crossed my mind".

He still has "no understanding" for this.

Now it is "full pot against VfB Stuttgart", says Beierlorzer, praising the "strong opponent", the "football must be in the foreground again".

Two days before the game against VfB, the truce was established, and there were no comments from either the team or Szalai himself.

The consultancy agency of 05 captain Danny Latza only informed SPIEGEL on request that they were in "constructive dialogue", and the association of contract players VDV, the players' union, asked SPIEGEL "for understanding that we are currently not making the issue public can evaluate ".

Nevertheless, it is clear: What happened on Wednesday will hang on the Mainz 05 club for a long time.

"Things like that don't go away from one moment to the next," admits Schröder.

In the background, there is also the subject of waiver: the club had deferred the players' salaries during the time of the corona lockdown, but assured according to media reports that this would be paid out in better times.

It is said that the club now wants to refrain from it.

Schröder emphasized several times in front of the press that the Szalai personnel had nothing to do with this topic, it was "also the team's wish to discuss all economic issues in connection with the corona virus internally".

Szalai adviser Fischer had previously indicated that the Hungarian's suspension was also related to this.

Szalai is said to have campaigned vehemently in the team council for the repayments.

That also triggered the wave of solidarity in the team.

The consultant last appeared in public in May - at the time, however, on a completely different topic.

Fischer had been upset about the SPD politician Karl Lauterbach, who had suggested that professionals should stay away from training on their own in order to avoid the risk of corona infection.

Fischer at the time: Lauterbach "seems to have forgotten that the football professionals are all employees who under labor law have no choice but to show up for training". 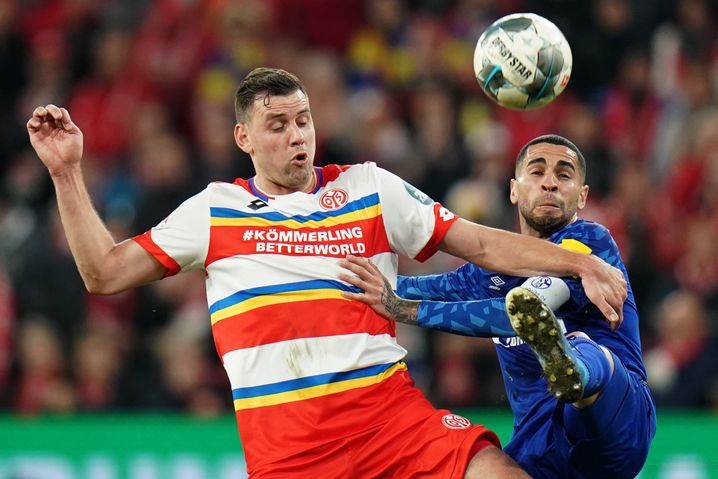 The next coach quake! Bundesliga club separates from their coach after 1: 4 - and slides deep into the crisis 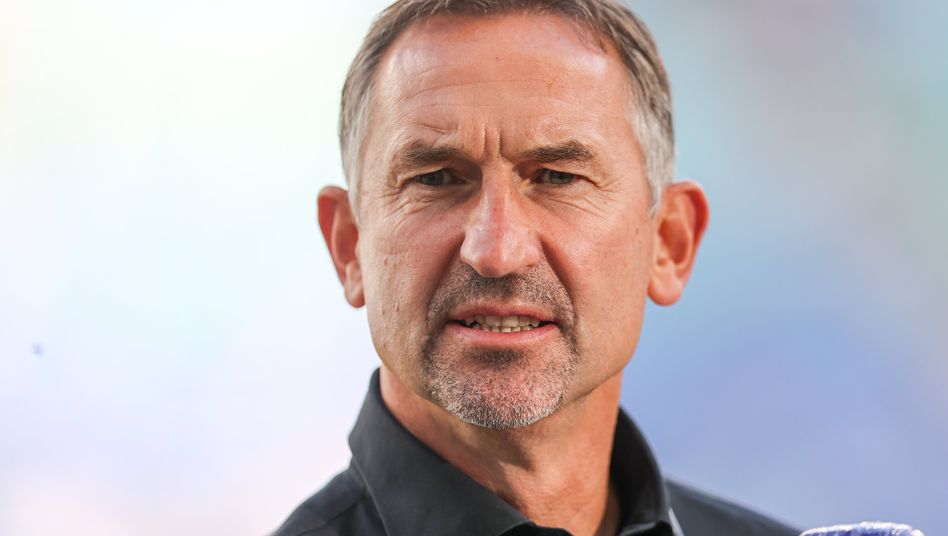 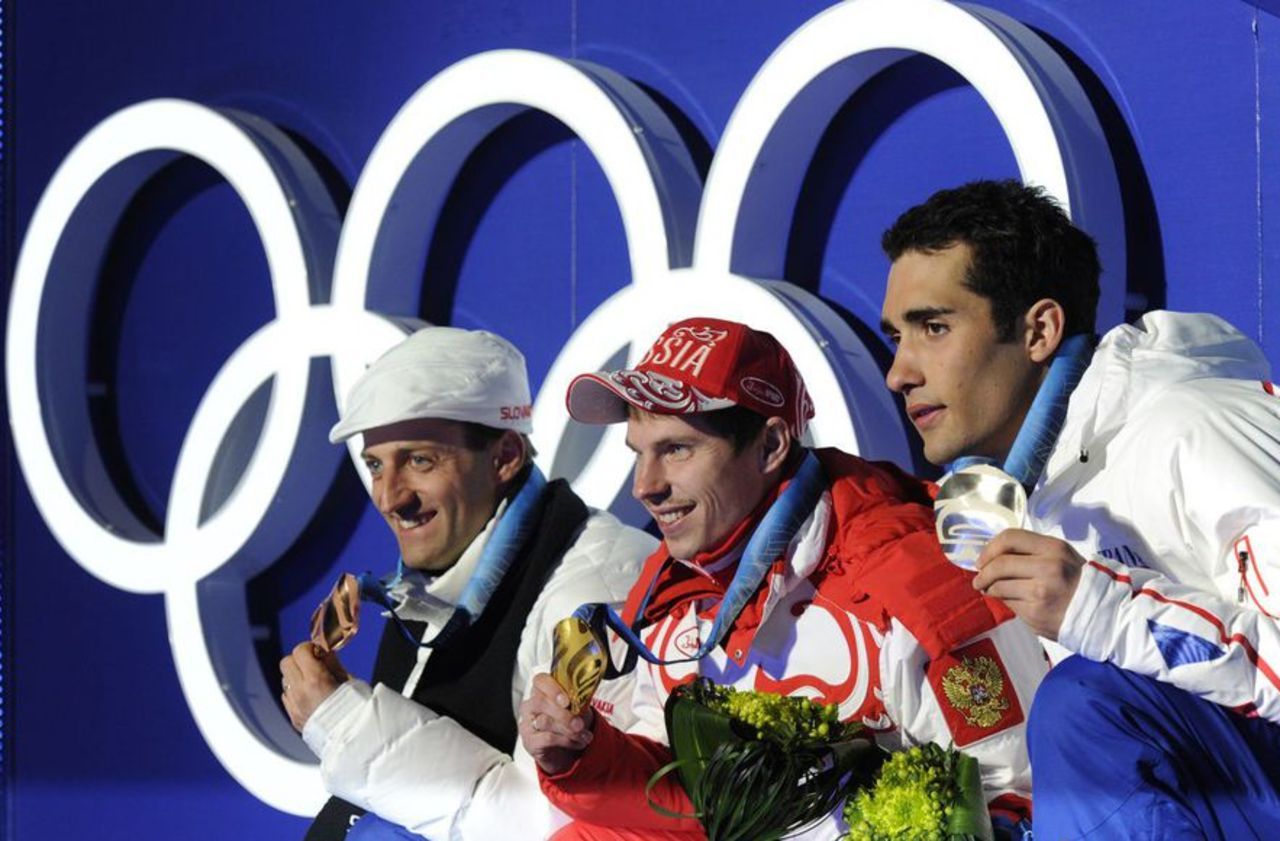 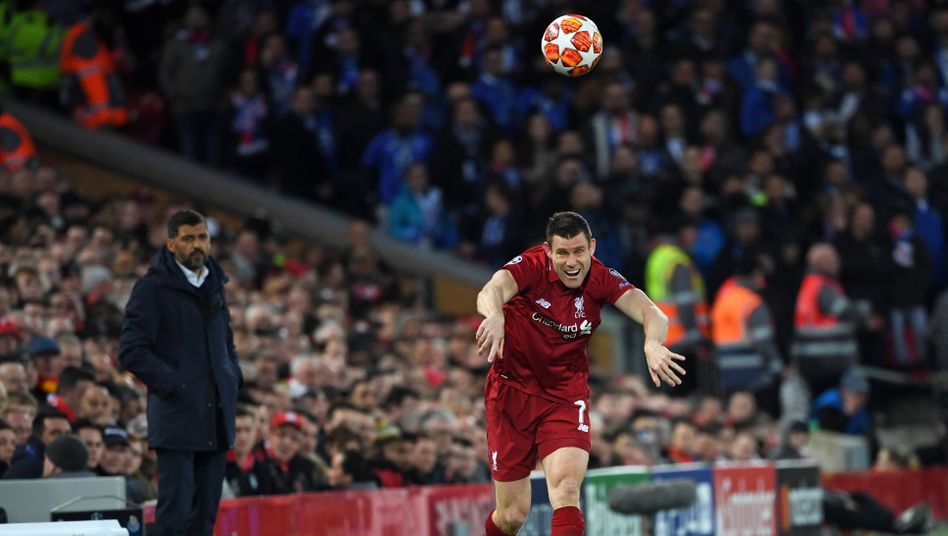 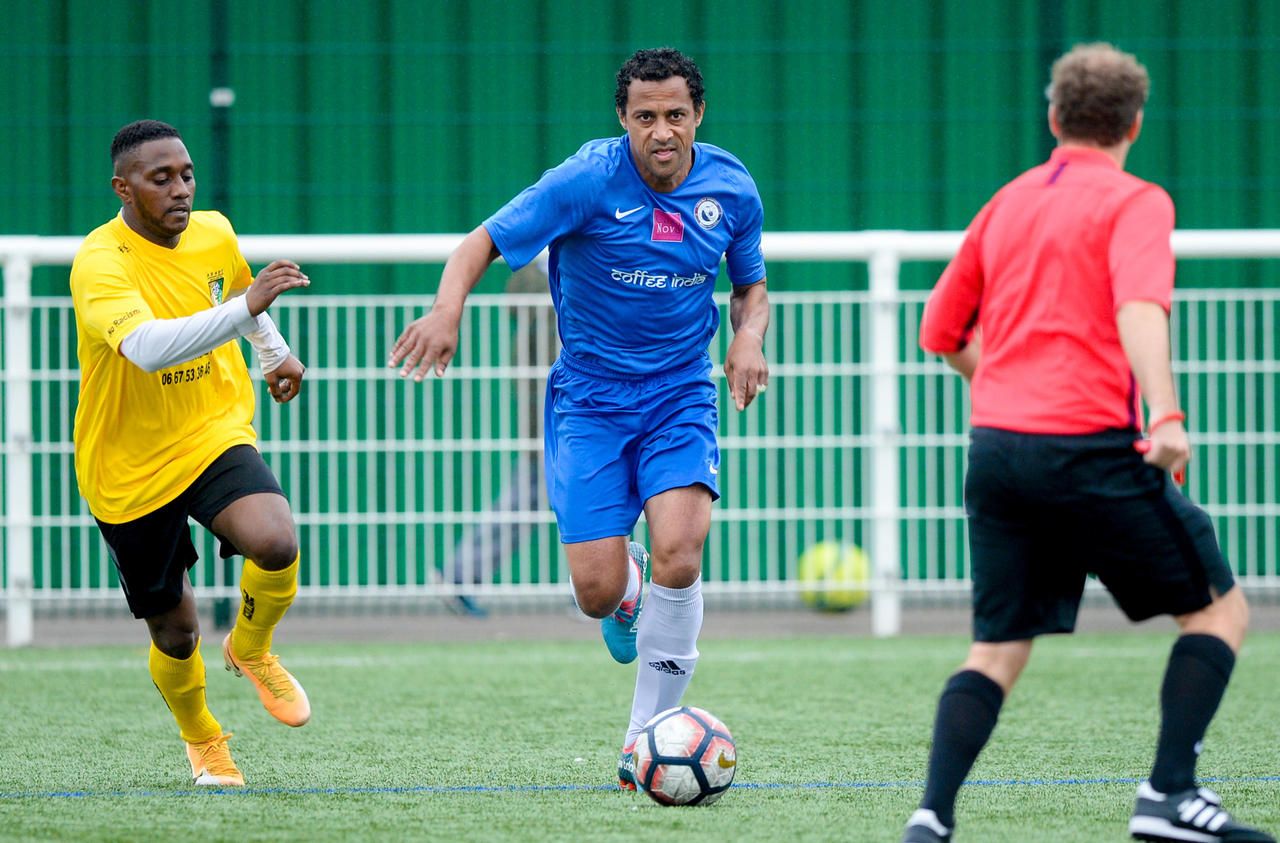 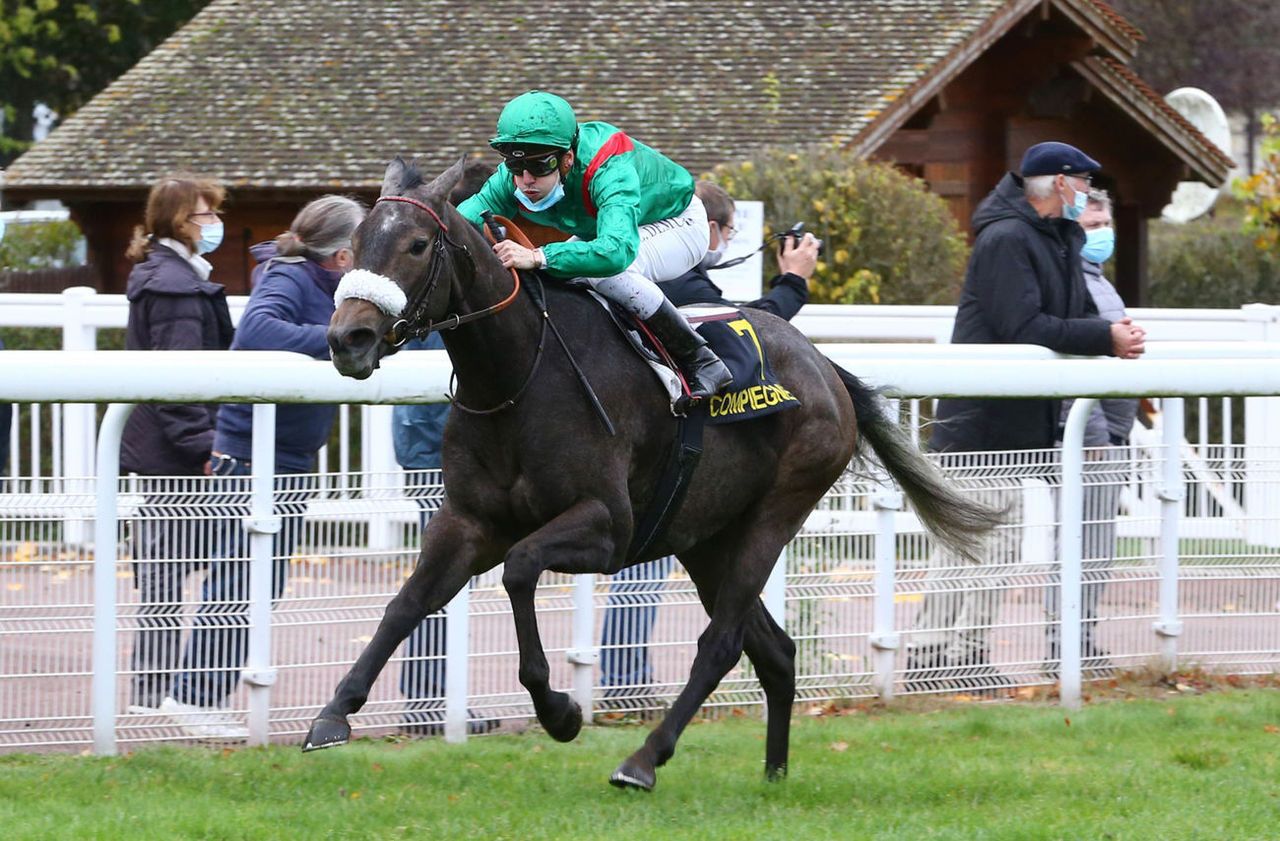