Liverpool FC in the Champions League: As if their hearts had been ripped out of their chests

Virgil van Dijk was a key figure at Liverpool. His failure takes the team of coach Klopp the balance. Before the Champions League start against Ajax, criticism of its purchasing policy is loud. 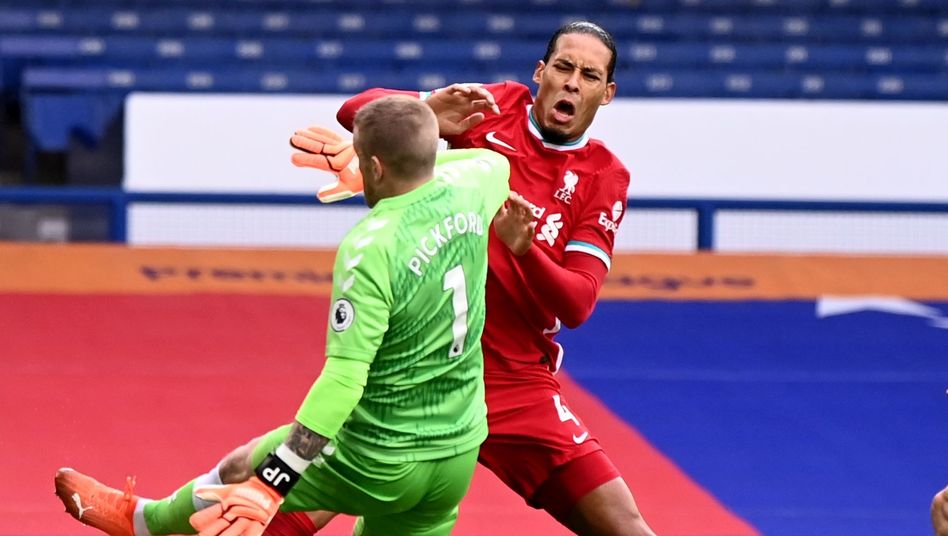 After this action in the game against Everton, Virgil van Dijk (back) will be absent from Liverpool FC for months

"We don't want to defend our title, we want to attack again," Jürgen Klopp exclaimed before the start of the season.

The unshakable look ahead is Klopp's parade perspective.

But shortly before the Champions League opener against Ajax Amsterdam in the evening (9 p.m. / Stream: DAZN), it was difficult for the 53-year-old not to look in the other direction full of pain.

Because there, deep in the Liverpool hinterland, Virgil van Dijk (cruciate ligament injury) has been missing since Saturday afternoon.

The rude foul by Everton keeper Jordan Pickford on the Dutchman in the derby (2: 2) tore the champion's heart out of the body.

Van Dijk's failure until the end of the season hits Liverpool hard not only in terms of sport.

Even Klopp, who knows how to reliably convert his worries into belligerent slogans, let his footballing lovesickness shine through for a moment.

"We will wait for Virgil like a good wife waiting for her husband who is in prison," he said.

The "sentence" is probably at least eight months.

And the matter is not made more bearable by the fact that in this case it was not the perpetrator but the victim who was deprived of his freedom.

The competent authority - the video referee - said it had simply forgotten to prosecute Pickford for his inconsiderate double tackle at knee height.

Thiago will also be absent on Wednesday evening.

The injury to the former FC Bayern strategist is far less dramatic, but it increases other staff shortages.

Midfield colleague Fabinho is now needed as an auxiliary central defender, as the former Schalke Joel Matip has to pass due to a hardened muscle.

Liverpool can compensate for these domino effects for a few weeks, but in the long run the burden will become very great.

Last year's success was not least the result of a very sophisticated rotation and recovery program for the thirteen or fourteen most important players.

Just five weeks after the start of the season, the pressure on the permanent staff is already considerable.

The fast-paced, labor-intensive Liverpool game can only be reproduced in this particularly densely packed game plan with the necessary freshness at the level of the two previous years.

Ex-Munich Thiago is also missing from Liverpool due to injury

On the outside, Klopp very definitely rejects the suspicion of a potential structural defect: "Three weeks ago everyone said that we were going to run away from the field, and today they say we are no longer competitive and cannot cope with the situation. This is how it works World, "he said defiantly.

He doesn't want the topic to get stuck in the minds of his people and gnaw at their self-confidence in the dark.

Unsurprisingly, Klopp cannot do anything with criticism of Liverpool's purchasing policy either.

Ex-defender Jamie Carragher, now a TV expert, carefully noted that the club should have signed a fourth man for the defensive headquarters.

"That's the reason why you don't do the coaching job, you do the other (on TV)," Klopp's response broke out.

"You can't have solutions until the problems are there."

In fact, van Dijk's complete retirement was not to be expected.

The 29-year-old had only missed thirteen of 143 games with minor complaints since arriving in Anfield in December 2017.

However, it cannot be denied that Matip is quite susceptible to injury, and that only England international Joe Gomez was on the squad as the second really reliable specialist.

Dejan Lovren moved to Zenit St. Petersburg in the summer.

Without Van Dijk, Liverpool would have significantly less control of the airspace.

Both Everton goals came with a header on Saturday, set pieces were one of the Liverpool team's major weaknesses until his transfer from Southampton.

Due to his organizational skills and literally superior presence, he quickly rose to the position of general secretary of the red collective and, like no other player, ensured that Klopp's five-year championship plan worked out: his positional play and his strong duels made it much easier for the team to get the opponent up to attack while staying in control.

Liverpool's attack, which also includes full-backs Trent Alexander-Arnold and Andrew Robertson, remains the measure of all things on the island and should also shine against Ajax.

But the balance that characterized Liverpool's almost perfect season last year is gone for now.

Much now depends on how Klopp's elf deals with this shock.

One thing is certain: Without van Dijk, winning the title again will be very difficult. 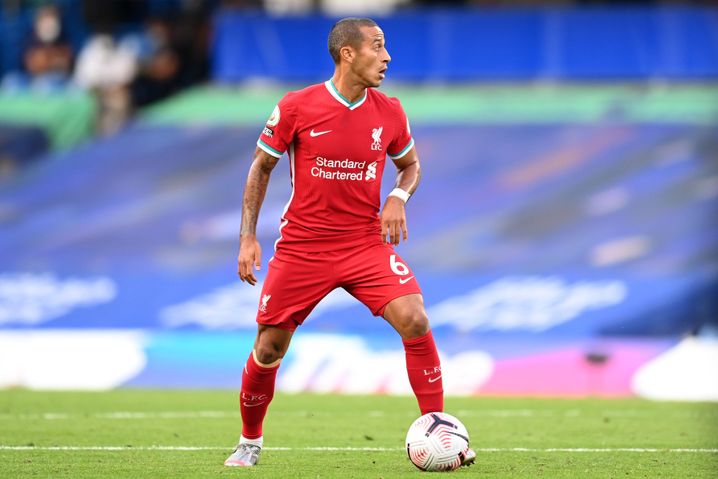 Liverpool FC in the Champions League: As if their hearts had been ripped out of their chests

Premier League: To be continued, date has already been set - may Klopp and Liverpool celebrate soon? 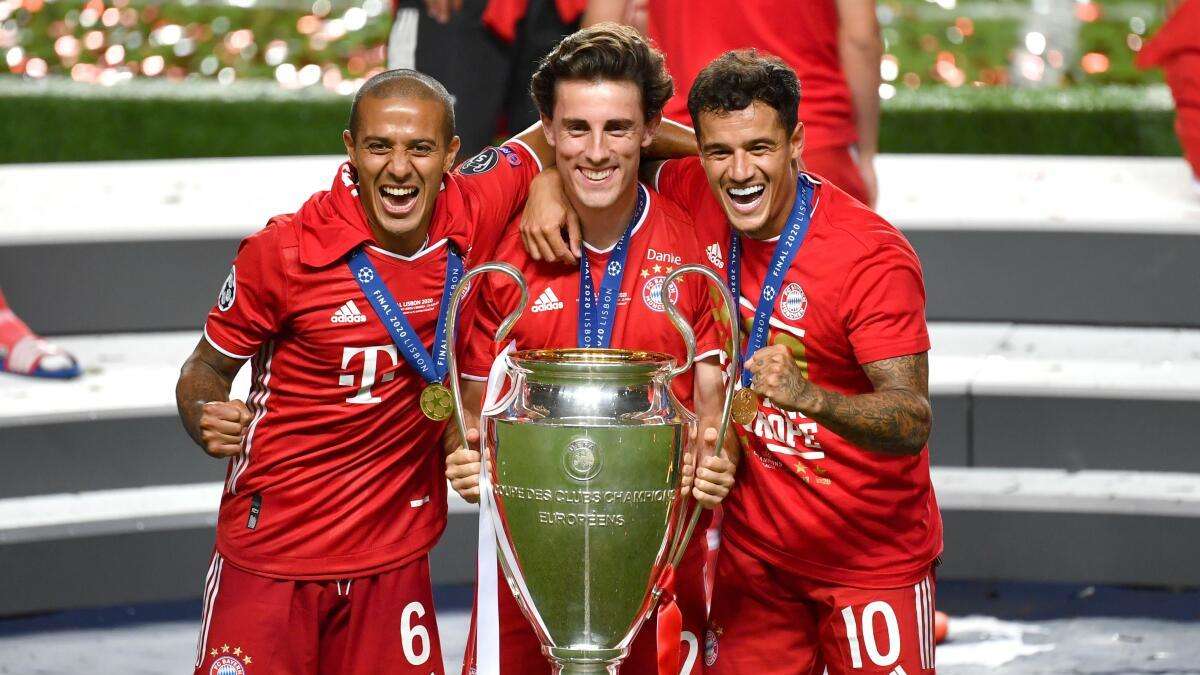 Possible Thiago transfer: will he never come back? Bayern star gets special leave

Possible Thiago transfer: will he never come back? Bayern star gets special leave