Should we be happy about it now?

They weren't outstanding, but led into the final minute: Gladbach struggled after a late 2-2 at Inter. At the Serie A club, the corona virus is first the topic of conversation - and then Romelu Lukaku. 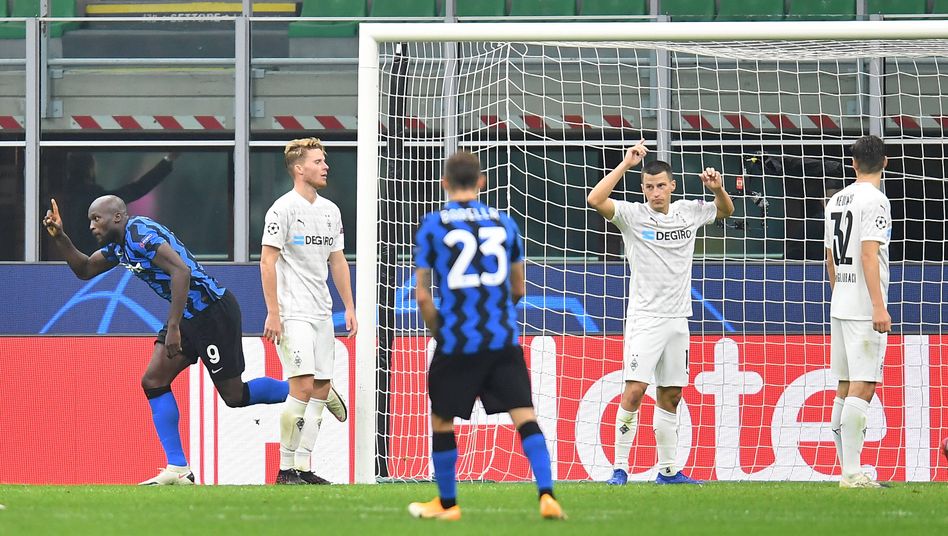 In the 90th minute the equalizer: Romelu Lukaku shocked Gladbach

The action by Ramy Bensebaini in the 63rd minute did not fit the game.

The professional from Borussia Mönchengladbach shot the ball into the right corner of the goal precisely and hard, Samir Handanovic stretched, but the Inter-keeper could not reach this shot.

The precision work on the penalty, which was 1: 1 in the meantime, was noticeable because there was a lack of precision in many of the other actions of the Bundesliga team and the Serie A club.

The football phrase "Fehlpassfestival" was invented for such games.

The start of the Champions League Group B between Real Madrid and Shakhtar ended in a spectacular bankruptcy for the Spaniards, the group opponents Inter and Gladbach showed the contrast for a long time - it was a weak game.

Then the final phase began: Six minutes before the end Jonas Hofmann scored the surprising 2-1, in the 90th minute answered - who else?

- Romelu Lukaku with his second goal that evening.

"That is extremely bitter," said Hofmann at DAZN.

Borussia Mönchengladbach leaves the legendary Giuseppe Meazza Stadium in Milan with one point - the final score was 2: 2 (0: 0).

In a difficult group and given a long period of passive performance, that's a decent result for Gladbach.

"We can live with the point in two or three hours, but it doesn't feel that good at the moment," said defender Matthias Ginter.

also raging in professional football, and the development at Inter can be observed particularly well.

At the beginning of this Champions League week, the club had already reported six corona infections (four in the team, two in the supervisory staff), and the seventh was added shortly before kick-off: ex-Dortmund Achraf Hakimi tested positive.

The full-back apparently showed no symptoms and is now said to be in quarantine.

Uefa's security protocol stipulates that a game will take place when at least twelve field players and one goalkeeper have tested negative.

The Hakimi case is delicate because it occurred at Inter in an environment where the chain of infection has not yet been broken.

And because Hakimi was in contact with his teammates until the very end and was only isolated on matchday.

Further infections are not excluded.

: During eight Champions League qualifying games, coach Rose was already on the bench during his time as coach in Salzburg, but the game in Milan was the first

: He was now in the "concert of the greats" (DAZN commentator ) arrived, and for the debut, the newcomer to the coach relied on a particularly offensive ensemble: with Breel Embolo, Marcus Thuram and Alassane Pléa, three attackers were allowed to start;

they just weren't dangerous - hardly any access in midfield, too many bad passes, Borussia didn't make it into the last third.

Almost ten years after the last Champions League victory (against Bayern Munich), Inter is back among the top teams in Europe.

Smart transfers, a tactically excellent trainer (Conte), outstanding individual talent (Lukaku) - something can be built on such a foundation.

But the topping-out ceremony has not yet taken place: After the defeat in the Europa League final against FC Sevilla at the end of August, the Serie A season started poorly, conceding eight goals in four games, bankruptcy in the Milan derby against AC - and also against Gladbach the impression fell into the "expandable" category.

Inter were playfully superior, but did not seem really determined and initially only became dangerous with a shot from Lukaku in the 41st minute.

You saw that more often in the first half: Elvedi before Lukaku

The man at Ginter's side:

Lukaku's one conclusion was synonymous with his only contact with the ball in the penalty area in the first half.

There is a lot of talk at Borussia Mönchengladbach about national player Matthias Ginter, but the absence of the Belgian attacker in the first 45 minutes was more related to the second Gladbach center-back: Nico Elvedi defended against Lukaku carefully and with foresight, at least until the break.

Raising it for a moment:

How much quality Inter has was shown at the beginning of the second half: Lautaro Martínez, surprisingly only on the bench, came into play, market value: at least 70 million euros.

After a dream pass from Arturo Vidal (yes, he is now also playing at Inter), the Argentine striker headed sharply in front of the goal, at the end of a long scene the ball fell from a few meters in front of Lukaku's feet - 1-0.

After 34 competitive goals in the preseason (51 appearances), Lukaku has six goals in five games this season.

The tight schedule in times of the corona crisis does not allow for long breaks.

Gladbach will receive Real Madrid next Tuesday (9 p.m., live ticker SPIEGEL.de), on paper that seems to be the strongest opponent.

But after defeats against Cádiz in the league and Shakhtar in the Champions League, Los Blancos seem ailing.

Borussia Mönchengladbach may already have the toughest game in their group behind them. 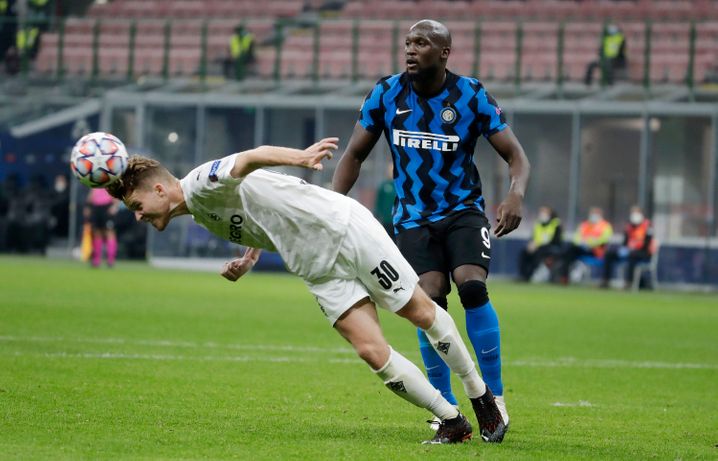 Should we be happy about it now? 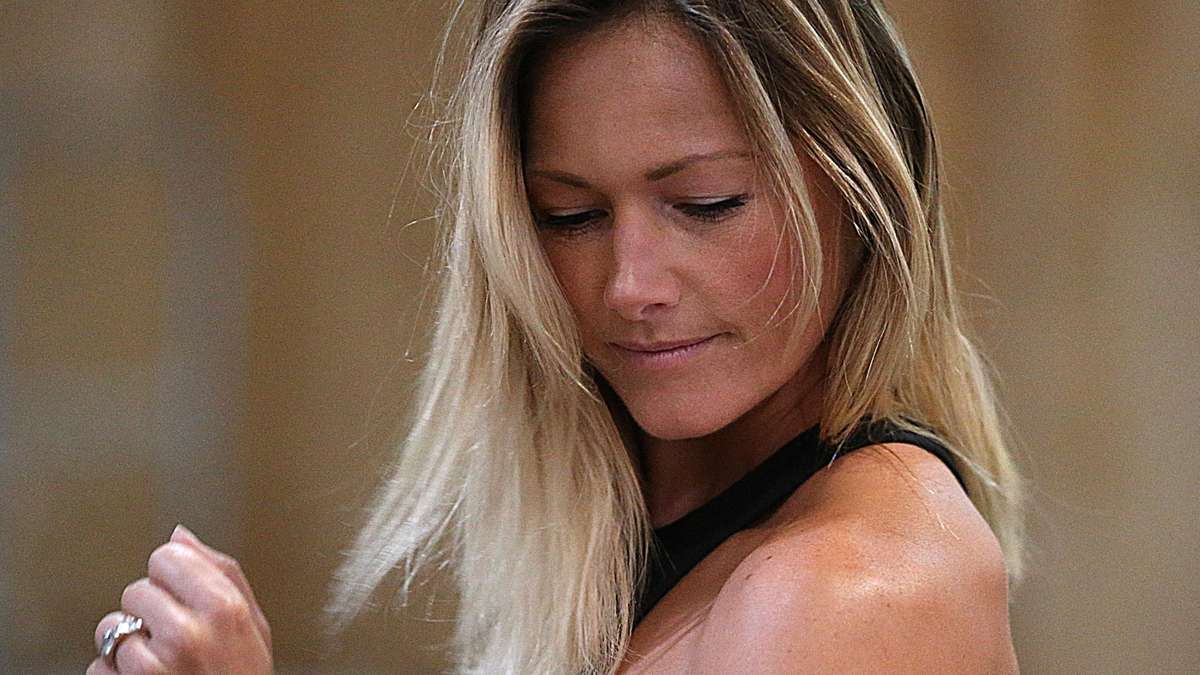 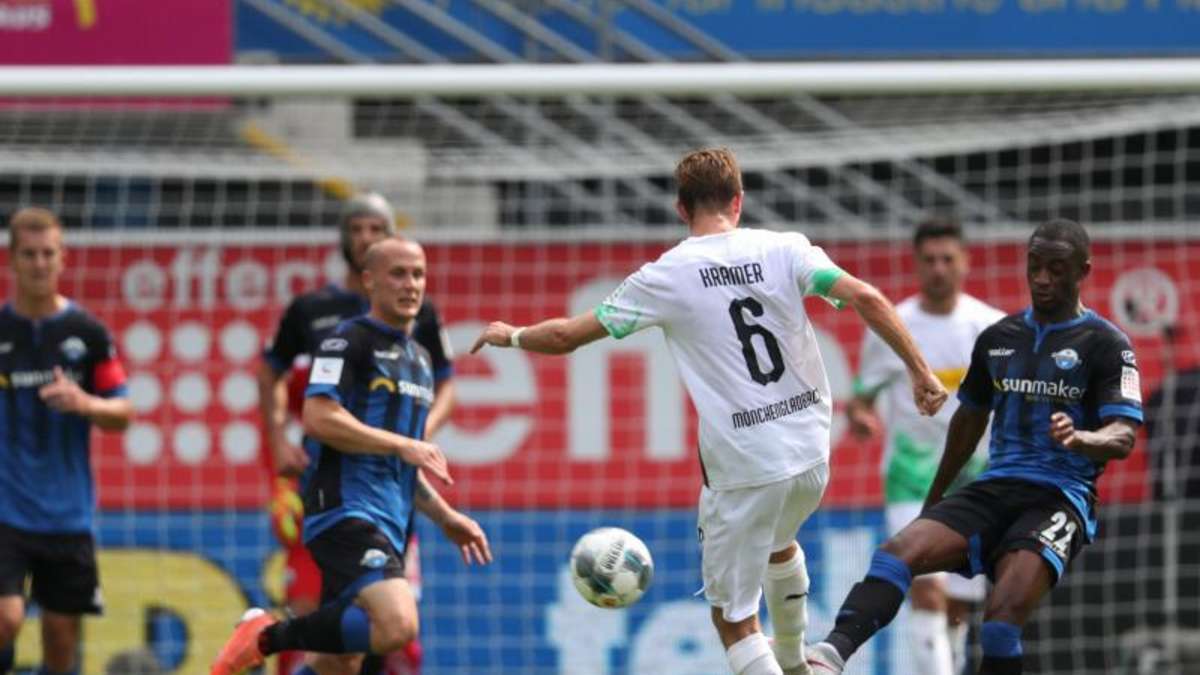 Helene Fischer hammer! Now it seems clear how she uses the Corona time: your fans will go nuts

Helene Fischer hammer! Now it seems clear how she uses the Corona time: your fans will go nuts Should we already be worried about PSG?