Liverpool's Dutch midfielder claims the team is having a hard time coming to terms with the injury and blames Pickford: "Stupid, unacceptable offense". Klopp admits: There will be a problem in defense against Ajax

Vinaldom: "Liverpool are still upset by Van Dyke's injury, none of the players slept at night"

Liverpool's Dutch midfielder claims the team is having a hard time coming to terms with the injury and blames Pickford: "Stupid, unacceptable offense".

Klopp admits: There will be a problem in defense against Ajax

Liverpool are still upset by the injury of Virgil Van Dyke.

Team midfielder Georginio Vinaldom says the tackle suffered by the Dutch stopper in the Merseyside derby last Saturday is "unacceptable", saying the players failed to fall asleep at night after seeing the captain and their leader suffer an injury that could end his season.

Vinaldom made the remarks ahead of the opening of the Liverpool Champions League, tonight (Wednesday, 22:00) in Amsterdam against Ajax, and made it clear that his team is still involved in the derby, in which Thiago Alcantara was also injured following a Richarlison foul.

"It's different than usual, the way it happened is really hard for us.

$ 6 billion: "Liverpool and Manchester United are in talks to form a new league"

"I think everyone still has a bad feeling following what happened. When we talked after Saturday, I think none of the players slept at night because of what happened to Virgil and the way it happened. It was really hard to deal with it, it's hard for the team."

Vinaldom, as is well known, is close to Van Dyke because he is also a member of the Dutch national team.

"Of course we'm upset - the way Pickford got into this mess was stupid in my opinion," Vinaldom continued.

"I believe he did not want to hurt Virgil, but the way he came in was like he did not care what would happen after the game.

" We had a lot in games against Everton.

I think they take it too hard in games against us.

We know it’s a derby, and everyone wants to win a derby;

Sometimes you do over and over, but it was too much.

This is not only Pickford's tackle but also Richarlison's tackle on Thiago was ugly.

"That's what bothered me and the other players the most - injuries can always happen in football, you can be unlucky with a foul where you hurt someone, but the way they did it was unacceptable. It makes it even harder, when Pickford is not punished after Who see the videos. "

Jürgen Klopp said the club had not yet received a response to a request to review the VAR decisions from the derby, and claimed Liverpool were starting to come to terms with Van Dyke's long injury and the aggressive tackles the team had suffered.

"A few days ago something happened that shouldn't have happened in a football game. I see it as my players. Both setbacks were hard to accept, I'll put it this way," Klopp said.

"It can no longer change. It's really hard for us, because Virgil is our friend. It has nothing to do with Virgil's quality. Yes, he's a world - class player and we will miss him, and injuries happen in football. Often both players go on The ball and injuries. But that was not the case in those two offenses, and it's hard to deal with.

"Michael Oliver has not seen it - and he is an excellent referee - but why he did not see it, I do not understand.

Because he had the best chance of seeing it.

And VAR forgot the rules.

But as a person, it's not that I want an Everton player to be punished - but if you do something wrong, you have to deal with the results.

" According to him, it is not clear how long Tiago will be out due to the injury he suffered against Everton.

Van Dyke released from hospital with crutches: "Liverpool are preparing for the worst" - Walla! sport

Pickford will not stand trial: "He should be suspended until Van Dyke returns" - Walla! sport 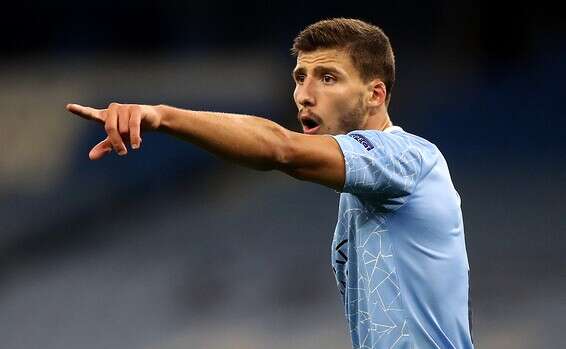 Klopp explained the triple exchange: "My strikers struggled in the face of Ajax's pressure" - Walla! sport