The sovereign 4-0 win against Atlético Madrid shows how much Thomas Müller has internalized the role of chief driving force at Bayern. Trainer Flick also praises him as his "extended arm". 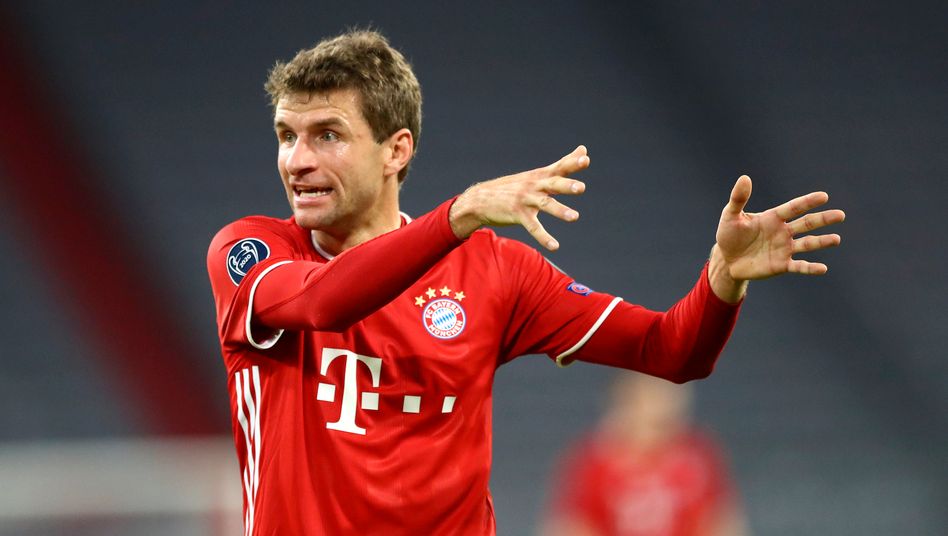 After 82 minutes it suddenly became quiet in the Munich arena.

It seemed like someone had turned off the speaker.

Thomas Müller has been replaced.

The 4-0 win against Atlético Madrid was an extremely successful and surprisingly relaxed start into the new Champions League season for Bayern.

The game also showed the current importance of Müller for the team.

That he has internalized his role as a driver on the pitch, that, as coach Hansi Flick later said, as his "extended arm" on the pitch, he "coaches the team".

That evening he was the undisputed leader of the FC Bayern team.

And you could hear it well too.

Müller had to step in in an unloved position

Another teammate, Kingsley Coman, earned the "Man of the Match" award because of his two goals and his assists for Leon Goretzka in the 2-0 win.

In the end it went on like the previous season ended with the triumph in the final in Lisbon.

As with his winning goal against Paris St. Germain, Coman scored the first goal after a cross from Joshua Kimmich.

Everything as usual, and for those who, as a superstitious fan of statistics, would like to have more good omens for the mission to defend their title: Bayern also won their first group game confidently last year, 3-0 against Red Star Belgrade.

After the game, Coman gave one of his rare interviews on "Sky", he seemed very happy that the conversation was soon over.

Coman is a very calm and silent player.

Exactly the opposite of Thomas Müller.

Müller had to step in for Serge Gnabry, who was infected with the corona virus, in the actually unloved right wing position.

Gnabry's positive diagnosis on Tuesday caused great excitement and finally relief when the other Bayern players got their negative results after new tests on Wednesday and the game could take place.

Role of the "spatial interpreter"

So Müller was right in front from the start, at least officially.

In fact, Müller was standing everywhere for the entire 82 minutes.

Müller rotated across the square, with great determination to where there was a need.

Always in the exact gap that mattered, both offensively and defensively.

The game was suitable as an exemplary lesson for all those who had always wondered what Müller actually meant when he defined himself and his role on the pitch as a "interpreter".

And as oppressive as it felt at the start of the new season to hear the musical Champions League intro echoing through an orphaned stadium, this ghost game also gave the opportunity to follow Thomas Müller not only visually.

Rotated across the square to where it was needed: Thomas Müller

"Watch out, let's start", so Müller's first announcement after half a minute at the guests' first corner kick, as if he had to remind the teammates that they were already in the middle of the game.

Or after a quarter of an hour in a free kick by the Madrilenians, from right midfield.

"Hold high, hold high," he shouted as an instruction, not so that someone runs back too early and ends up picking up an offside.

Or after 25 minutes, when his cross in the penalty area found no takers.

"You have to occupy the box," he whispered to his teammates.

Self-criticism, on the other hand, after 70 minutes of a missed shot next to the goal: "My God, it sucks."

Of course, Müller delivered the saying of the evening after 21 minutes when he saw yellow after a rather harmless duel with Kieran Trippier.

"It's crazy, what's going on here," he grumbled at the English referee Michael Oliver, and continued: "We're playing against Atlético Madrid, they're the biggest bullies in European football and I'm getting yellow here."

Goal assist as the crowning glory of the evening

Of course, Müller has no good memories of Atlético either, his fatal penalty miss in the 2016 semifinals was one of the darkest moments of his career - and the beginning of rather mixed years.

Müller did not play a good European Championship after that and never found his old strength back under the new coaches Carlo Ancelotti and Niko Kovac.

Last weekend it was the first anniversary of Kovac's saying that you could always use Müller - when there was an emergency.

In the meantime, the quote from its discoverer and sponsor Louis van Gaal has come true again: "Müller always plays."

Incidentally, Müller crowned this evening with a nice assist to Comans 4-0.

Maybe Flick will set him up as a six soon, or as a central defender or on the left defensive.

Actually, it doesn't really matter with Thomas Müller, this all-purpose weapon at Bayern. 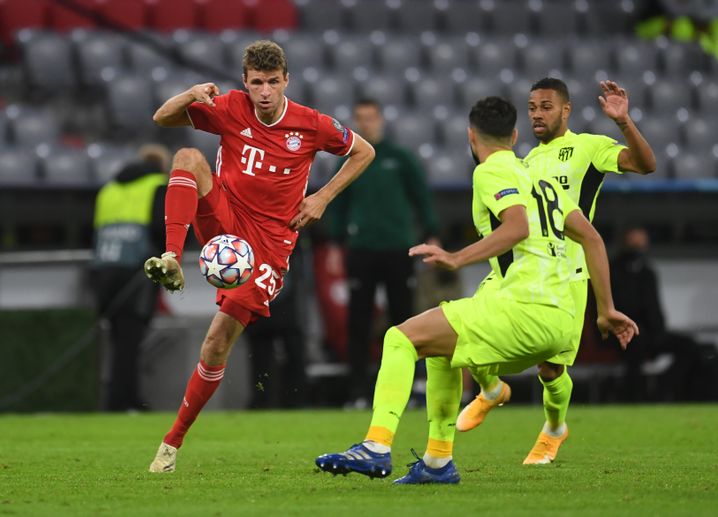 FCB-Transfer-Hickhack: Ex-Barca-Star completely confused - "Thought I would switch to Bavaria"

FCB-Transfer-Hickhack: Scandal-professional totally confused - "Thought I would switch to Bavaria" 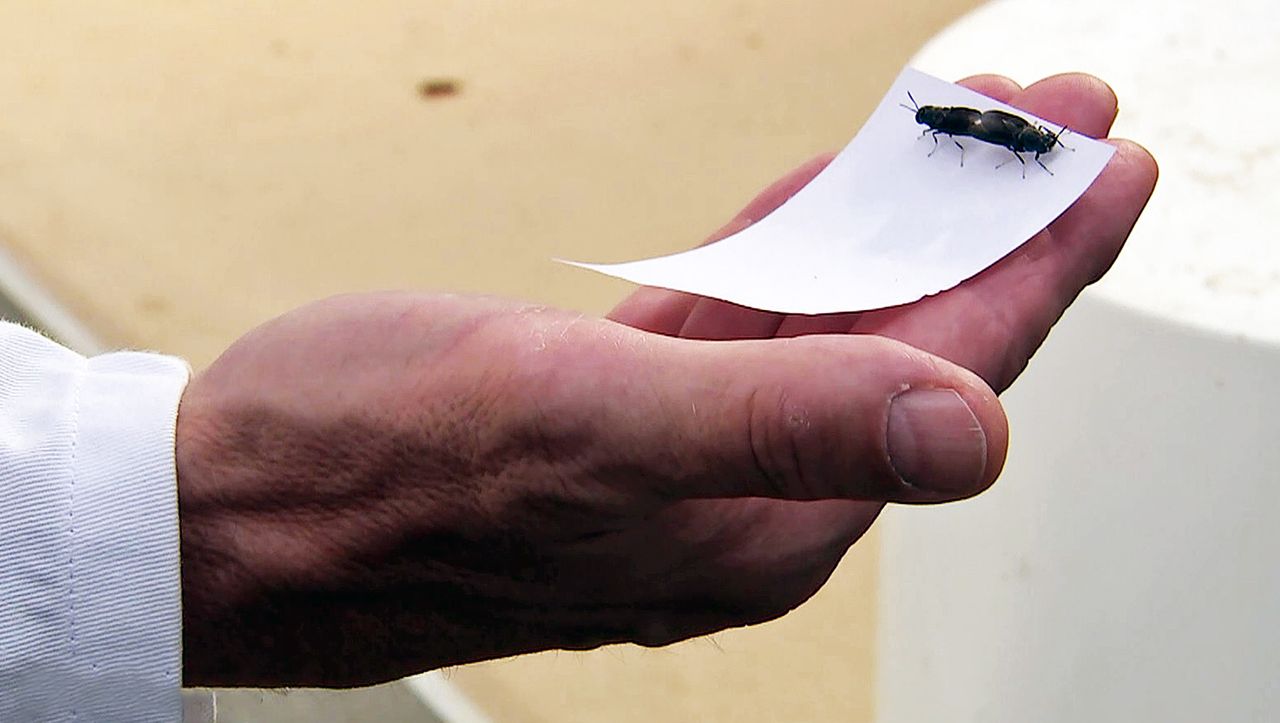 SPIEGEL TV: Making money out of crap - The advantages of the black soldier fly 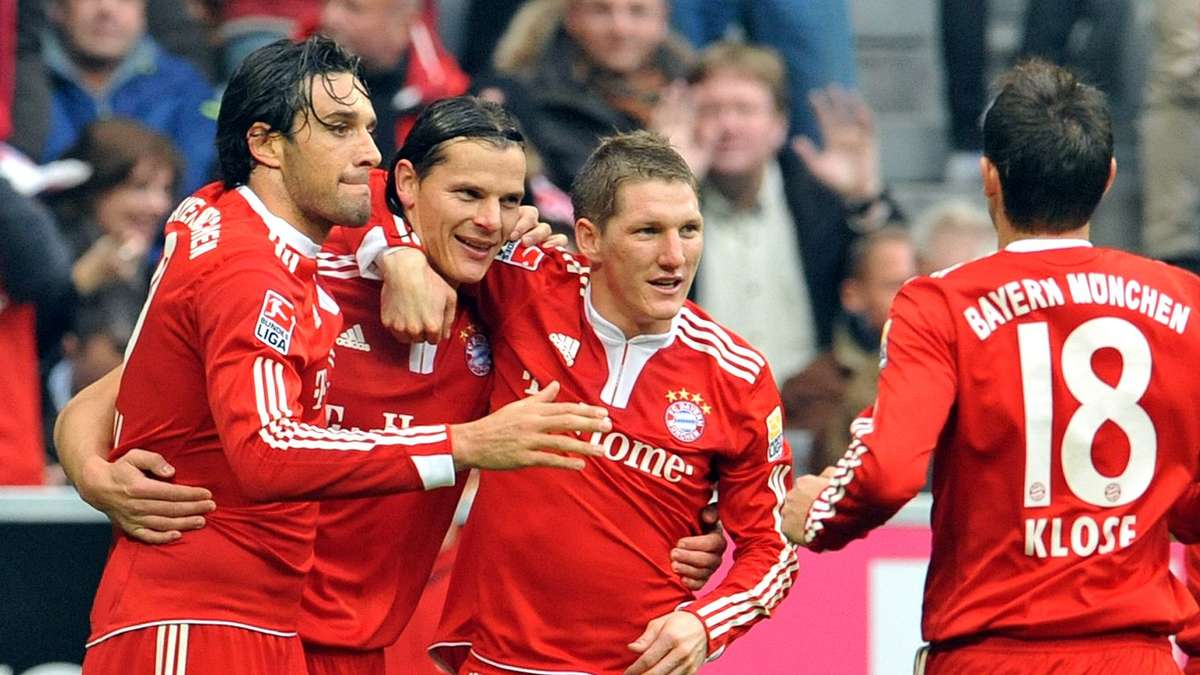 "Shock suffered": Ex-star of FC Bayern threatened and robbed when the villa was broken into