Noël Le Graët: "The enemy is not the State or the Federation, it is the Covid" 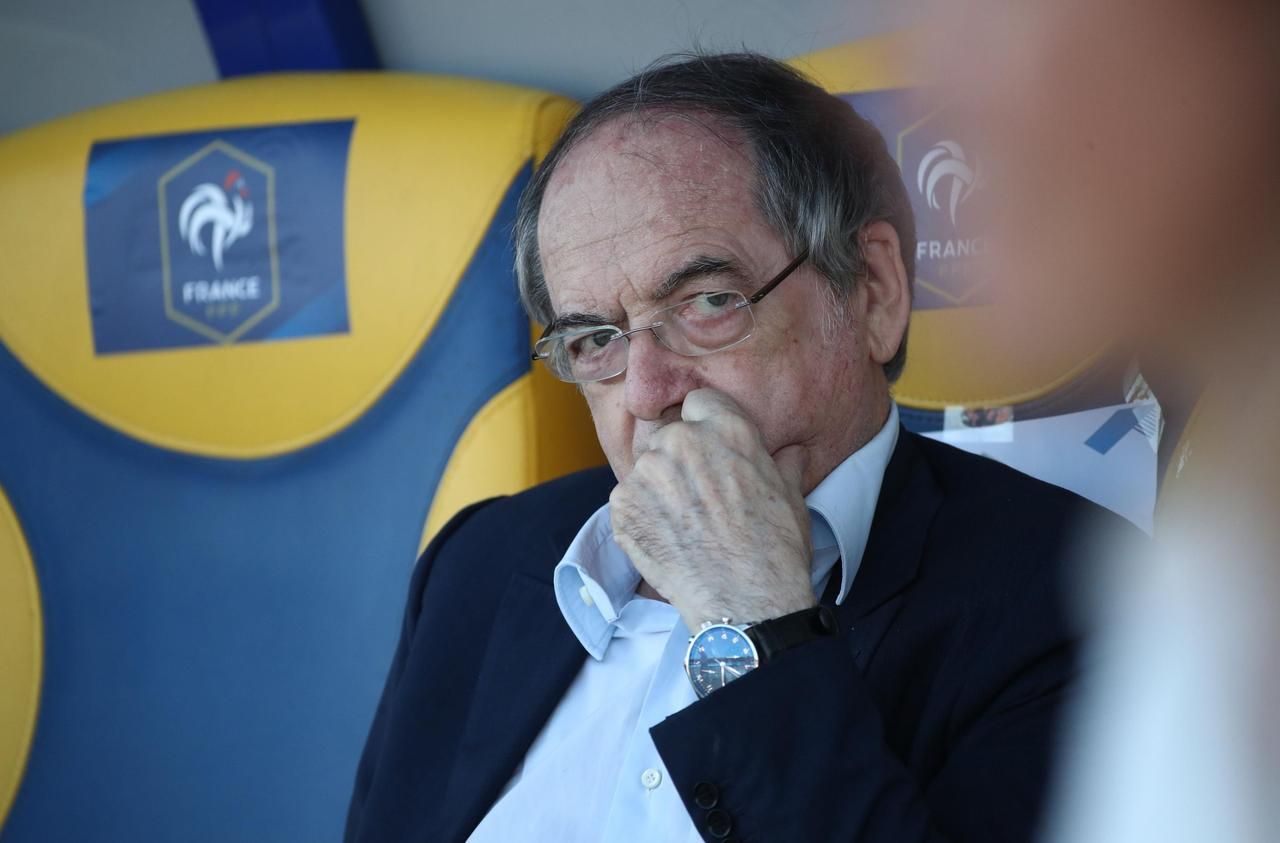 The president of the FFF Noël Le Graët returns, for the first time since the intervention of Emmanuel Macron, on the various decisions taken concerning the continuation of the professional championships and the stop among the amateurs.

It also takes stock of some hot issues in French football such as the broadcaster Mediapro or the tensions in the French women's team.

Isn't it paradoxical when the epidemic is stronger than in April?

I am president of the Federation and not a doctor.

I refer to the decisions of the State which have consulted people much more competent than us on these subjects and I apply them without criticism.

Editor's note: the end of all competitions

But since then, the situation has also changed because pro players are regularly tested and protocols have been put in place.

Among amateurs, the end of the championships caused some discontent.

Since Thursday, I have received a lot of calls.

Some congratulated me, others are unhappy because they wanted to continue playing.

In their regions, some feel the disease less.

But we couldn't do otherwise.

Of course, that upsets me.

But how do you get people who are not constantly monitored like the pros to play?

No, it was too dangerous.

The priority must remain with the disease.

National 2 (4th division) clubs have stepped up to regret that you allowed the National to continue playing and not them ...

We must stay serious.

In National, we have several clubs under pro status, the same in women's D1.

The N2 is an amateur division with a lot of disparities between the different clubs.

Why would I have favored the biggest to the detriment of the more modest?

I don't find it necessarily normal that some clubs have so many salaried players to play at this level.

Maybe a few cheat, but that's not the point.

In N2 and N3, we could not submit them to the same regular tests as the professional clubs.

I regret it as much as them, but we could not let them continue to play under these conditions.

Do you understand the disappointment of educators and their young people who are deprived of training when they can go to school?

You know, I am a grandfather.

Don't you think my grandchildren aren't mad with rage at the idea of ​​no longer going to train with their friends five minutes from home?

Of course they want to play.

It was also one of the requests of the Federation to be able to continue the activity of minors and our football schools.

But we only applied the state rules.

It is not easy for anyone.

But the enemy is not the State or the Federation, it is the Covid.

The end of the amateur championships will overload the calendar.

Are you considering the elimination of the Coupe de France for example?

It is not at all on the agenda at the moment.

We will find many solutions.

One of the hot issues currently concerns the non-payment by the broadcaster Mediapro of the payment due to French football.

What is your position ?

All this worries me ... Especially since in the global sum promised by Mediapro (

), part must go to the Federation and therefore to our amateur clubs.

If Mediapro does not pay or if Canal + recovers the rights and pays less, everyone will be in difficulty.

But it's not yet time to panic.

We still have a little time ahead of us.

Mediapro has yet to file for bankruptcy or say it will stop paying for good.

As president of the Federation, I therefore ask everyone to calm down and wait until the end of the match.

The professional clubs through the voice of Jean-Pierre Caillot asked for additional aid from the State including a deferral of charges.

Is French football in danger?

It is true that the concerns are legitimate.

The clubs made commitments, which was natural as resources had to come.

We have to be able to spend this bad time together.

But I will perhaps shock some by saying this: French football will rebound more easily than all these SMEs in big difficulties.

When everything starts up again, people will come back to the stadium and it will start again.

Strong tensions arose between coach Corinne Deacon and her players.

Isn't this the time for you to intervene?

I have already made this appeal for calm. Yes, I will call Corinne, the players and the presidents concerned. I know Corinne well. To say that the Lyonnaises are not the best would be a mistake. However, she never said that. There were certainly some bad-tempered reactions, but all that is not dramatic. I hear that the climate is heavy but it's because we want it to be ... We will discuss all this quietly. Whether Corinne's compositions like it or not, the France team is first in its group and has not lost a match since the World Cup. If we don't qualify for the Euro, things would of course be different. Now in the next two qualifying matches, including the decisive one for Austria, it will be necessary to have the best possible team. The tests are over. We will have plenty of time to do it afterwards because the Euro is in 2022. There will be the Tournoi de France and we will need big friendlies and adversity, because I am not always impressed when I see them. see winning 7 or 8-0 ...

Noël Le Graët: "The enemy is not the State or the Federation, it is the Covid" 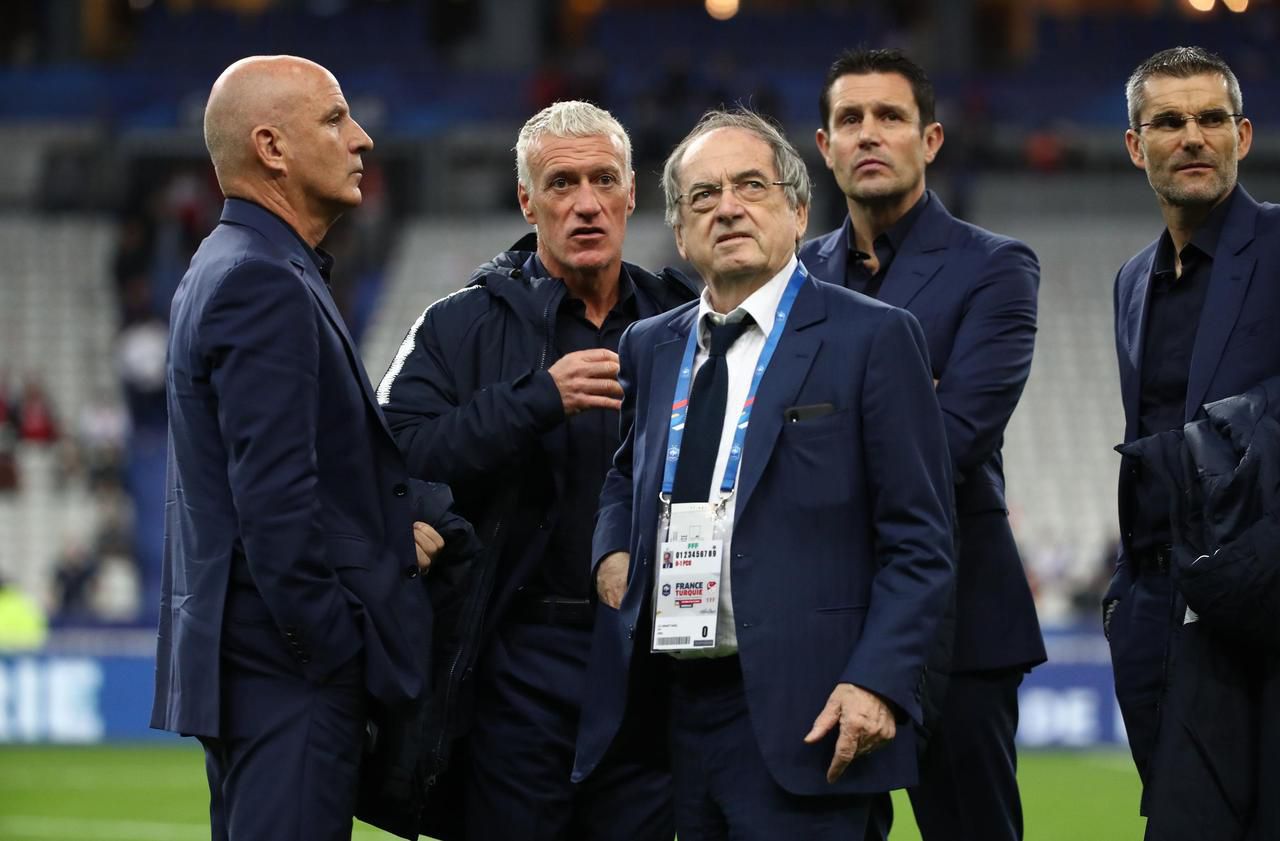 Algeria-France, it is not for now according to Noël Le Graët 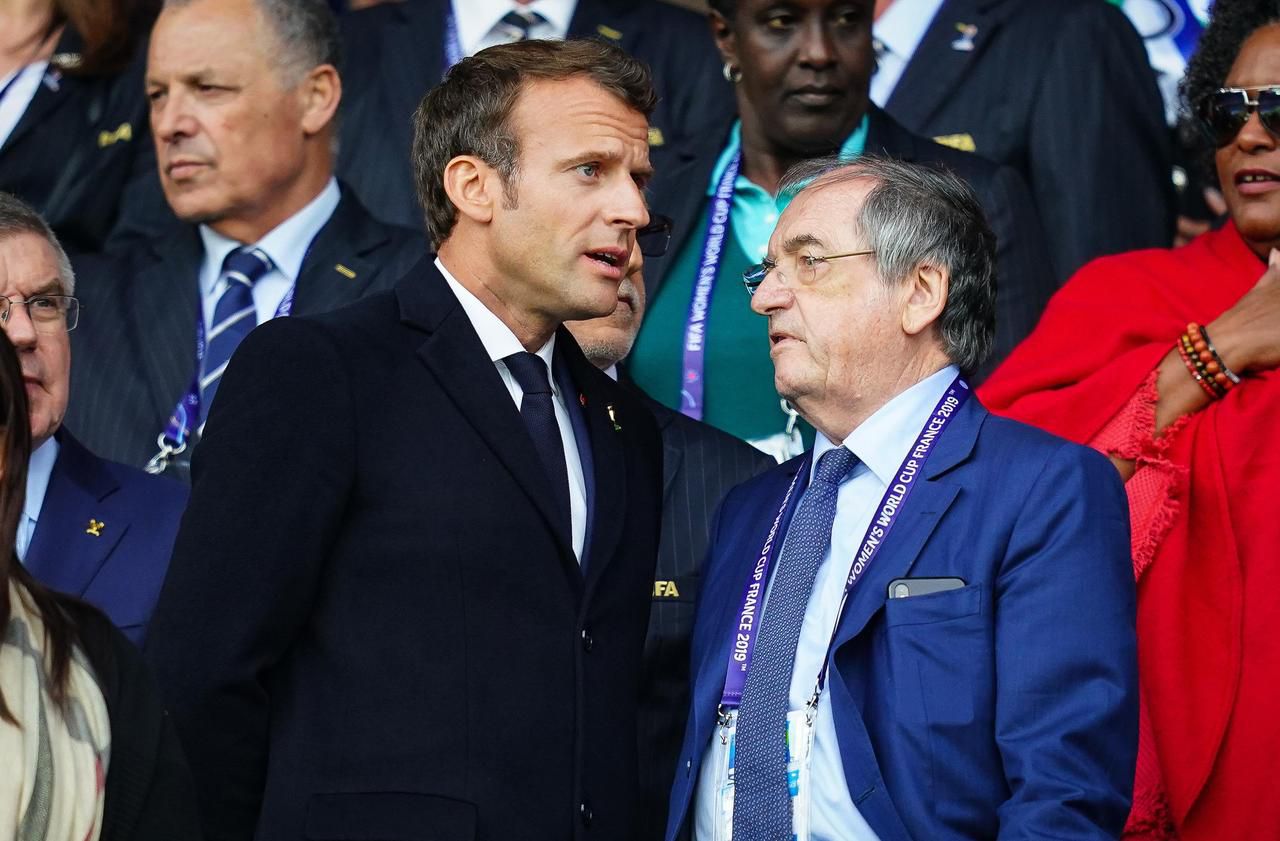 Football: meeting between Noël Le Graët and Emmanuel Macron this Wednesday at the Elysée

Le Graët marks the president of LOSC Lopez, "the acrobat of finance"

Ligue 1 with 18 clubs: "this is not the right time", believes Le Graët

Le Graët au Figaro: "There is no victory or defeat for some and for the others" 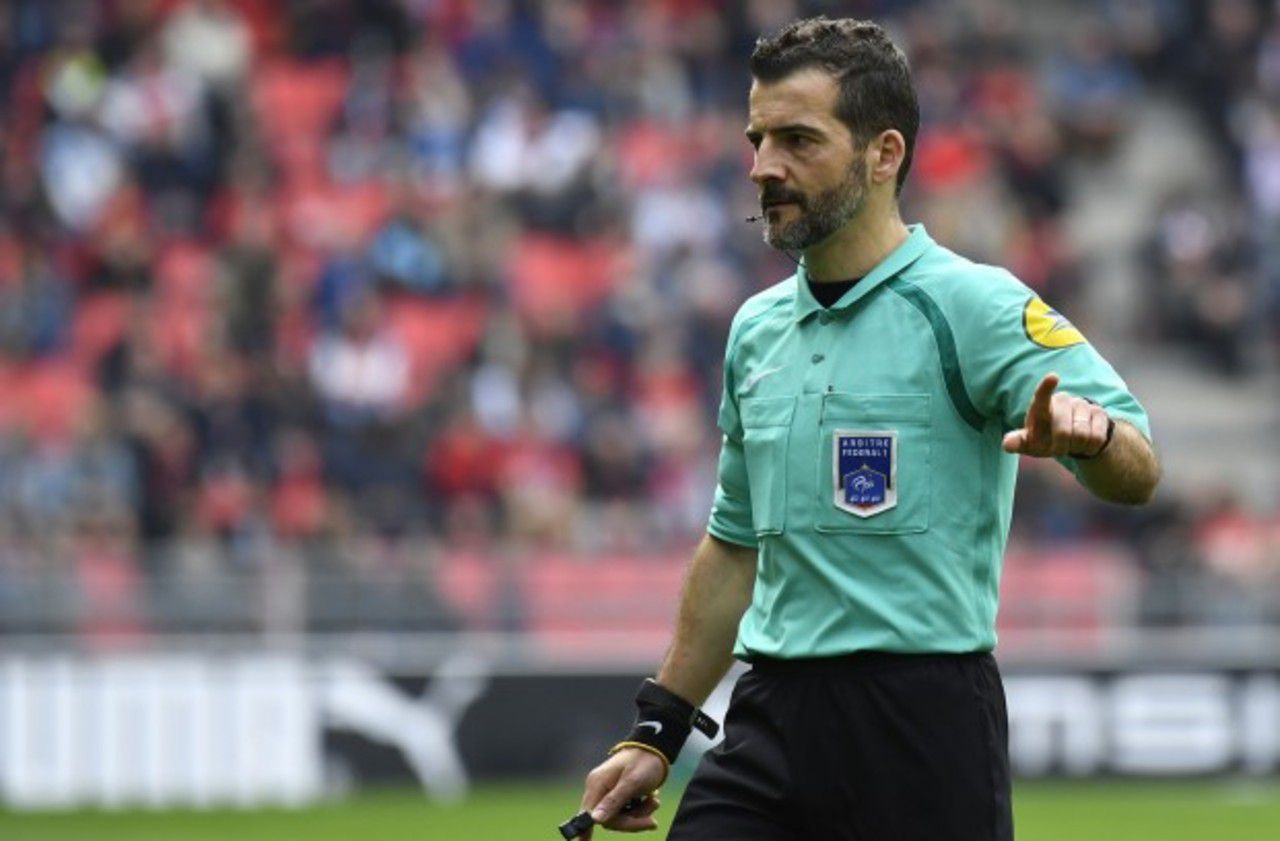 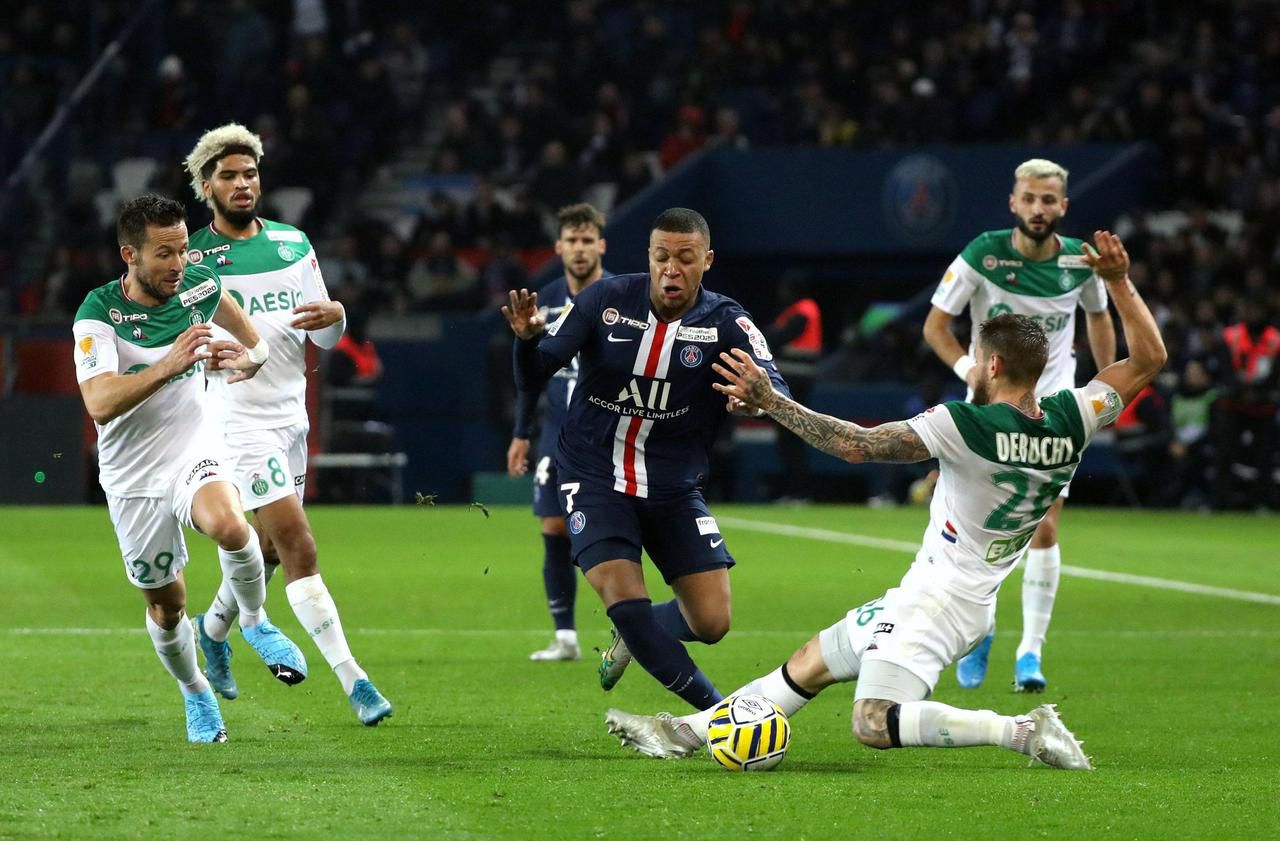 PSG: the final of the Coupe de France advanced to Friday, July 24? 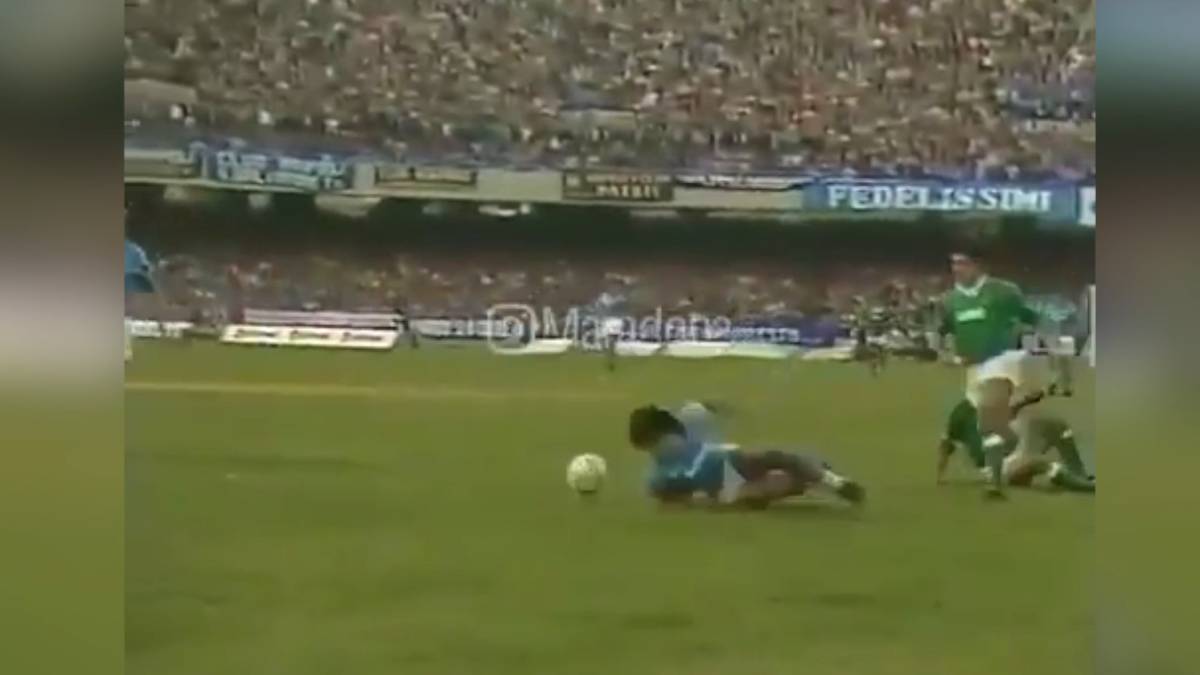