Manager Jack Ross is happy with the ability of the Israeli national team goalkeeper: "He has a big part in our good defense." The Israeli scored in a 2: 1 loss to Sharjah

Manager Jack Ross is happy with the ability of the Israeli national team goalkeeper: "He has a big part in our good defense."

The Israeli scored in a 2: 1 loss to Sharjah

The award for the good ability of Ophir Marciano is expected to be a new contract in the ranks of the Yarbanian, who has already opened talks with his representatives.

The goalkeeper of the Israeli national team, who joined the Scottish league in 2017, established his place in the squad of the fourth ranked in Scotland and greatly excited his coach Jack Ross.

"They played pretty much every game of the season so it would make sense to continue the contract with them," the manager said of Marciano and midfielder Joe Newell.

"Especially Ophir, as a goalkeeper, who is at the peak of his career. He is in excellent shape all season. Our defensive balance is good, we are satisfied with the number of times we kept a clean sheet and the amount of goals we conceded this season, and Ophir played a big part in that."

Marciano, 31, excelled in the last game of the Israeli team against Scotland.

This season he started in all 13 Hibernian league games, conceding just 12 goals and keeping a clean sheet six times.

Tomorrow, a difficult battle awaits him at all, at home against second-ranked Celtic.

The striker got the ball inside the extension in the 58th minute, turned nicely and kicked a corner to equalize the match against Sharjah to 1: 1.

Unfortunately for Seba, the opponent eventually won 1: 2 a pair of penalties by Igor Coronado (20, 79).

Thus, al-Nassar's winning streak came to an end after three such.

Seba and his teammates are still ranked second in the table, but the gap from the leading Sharjah has grown to five points.

The Israeli has so far stood on two goals and five assists in six games. 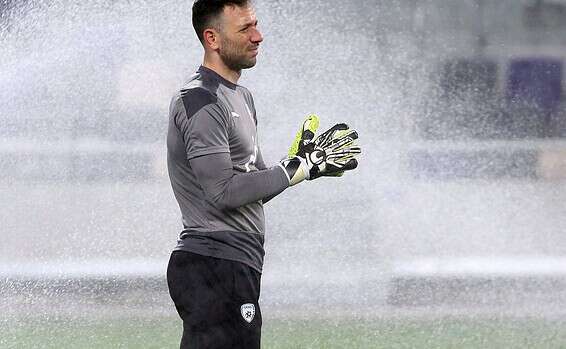 Legionnaires: Ophir Marciano and Hibernian were based in third place in Scotland - Walla! sport