»The death of a god«, an athlete who was »the perfect symbolization of the complex human existence« - The international press pays tribute to the late Maradona, who was loved not only in Argentina. 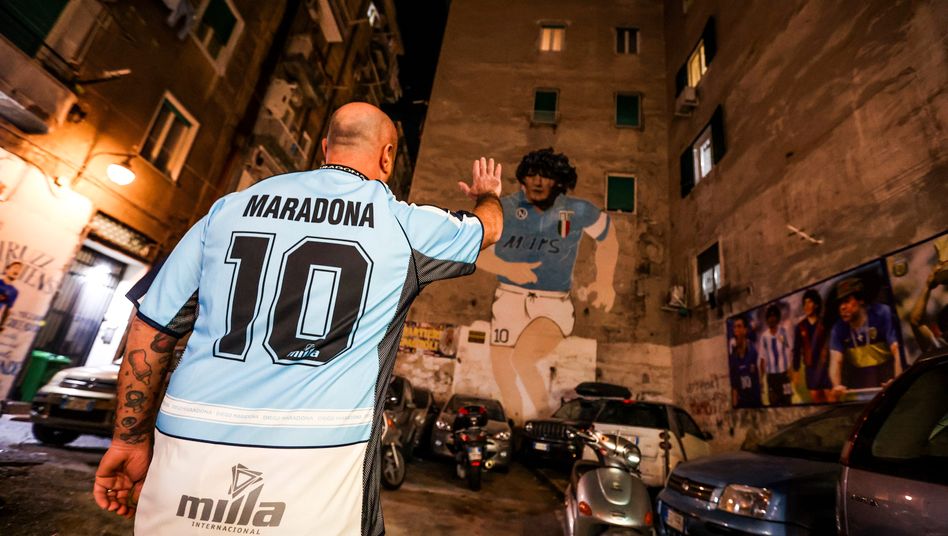 A fan in Naples says goodbye

Diego Maradona is dead. All over the world football fans bow to someone who inspired them on the field and with whom they suffered off the field.

His story never stops being written.

We know that Diego has started a new game. "

"A man who created himself, like a David who got up every morning to throw the saving stone into the eye of the giant again and again."

»Why does the world weep for Diego's death?

Because someone died who played the world's most popular sport like no other and made people, regardless of nationality, happy.

»A genius in football, a life beyond the game.

The star was the perfect symbolization of the complex human existence, an incomparable personality. "

»Forever and ever, Diego.

The whole football planet is in shock. "

»Maradona is dead. The world is touched.

A tragedy for Argentina, where Diego was a mass idol.

Maradona, who for many was the best player of all time, passed away.

The void it leaves behind cannot be measured. "

»Maradona has passed away!

Today even the ball is crying. Diego died at home, he could not overcome his health problems.

The legend leaves its mark due to its inimitable footballing quality.

Maradona was and remains a god in Argentina and Naples. "

The 60-year-old legend dies a few days after he had an operation.

The world is in shock at the passing of Maradona.

Despite all the wrongdoings he may have had, many admired and liked him. "

Shortly after 5 p.m., the worst news came out.

Cardiac arrest has killed the idol of millions of people.

Unfortunately, it's a reality: the world of football is in grief. "

»Maradona is dead. The eternal number 10, world champion in Mexico 1986, died this Wednesday at the age of 60 due to a heart attack.

It was always a pleasure to see him play.

His legend will live on. "

"Football mourns the greatest of all time."

The world weeps for the god of football. "

»The world mourns the genius of football.

»Ciao Diego, you are football!

He didn't succeed in the last dribble: A heart attack defeated the "Pibe de Oro", who turned 60 25 days ago. «

»How much life in one life.

How many times had Diego Maradona lost himself?

Once you've been Maradona, what else can you become in life? "

»The death of a god: The world is losing a football king with a Neapolitan heart." 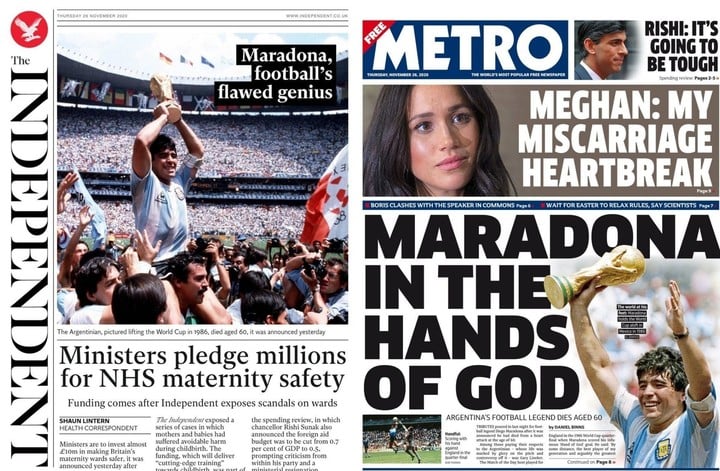 Diego Maradona died: 'God is dead', the front pages of newspapers around the world The Argentine press announces the death of Diego Maradona 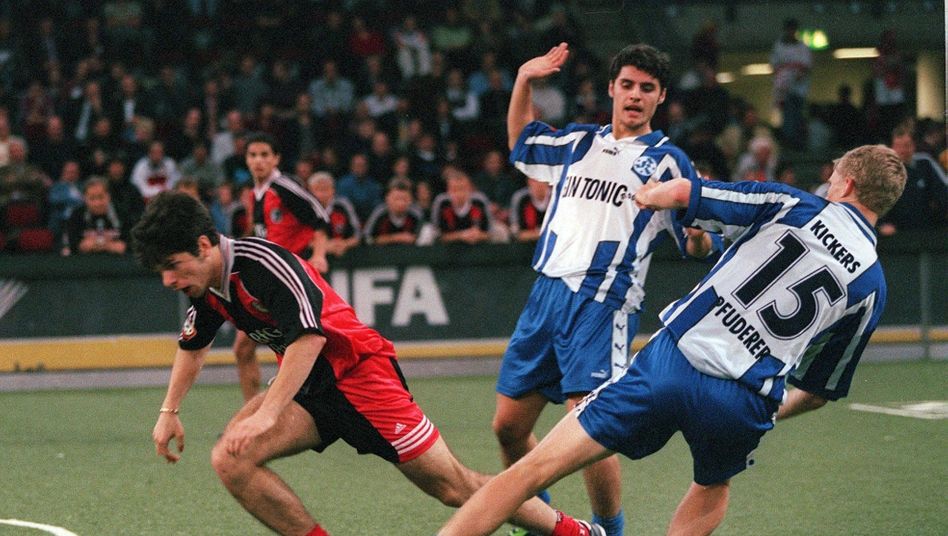