State of mind, Tuchel and (big) bit of success… The keys to PSG's success in Manchester

DECRYPTION - Six elements explain the Parisian victory in Manchester (1-3) on Wednesday. PSG is almost there. Very hypothetical after losing two of their first three Champions League matches, the prospect of seeing Paris play in the round of 16 is more than likely after its success at Old Trafford on Wednesday, against United (1-3). A success, several keys.    This time, Paris stood up In recent weeks, months and even years, PSG have developed a bad habit of collapsing when everythin PSG is almost there.

Very hypothetical after losing two of their first three Champions League matches, the prospect of seeing Paris play in the round of 16 is more than likely after its success at Old Trafford on Wednesday, against United (1-3).

This time, Paris stood up

In recent weeks, months and even years, PSG have developed a bad habit of collapsing when everything was not going their way.

A grain of sand, and it's the stampede!

This time, Paris has taken a stand.

It took guts to start knowing that victory was almost essential.

It was also necessary to raise the head after the highlights of MU, in the first and second half.

Marquinhos highlighted the “courage and personality” of his team.

"The team has shown that it does not accept to lose, meanwhile greeted Thomas Tuchel.

We had phases with a lot of quality, others where we suffered.

But we never stopped being together, playing in solidarity.

We have always regained our confidence and our quality. ”

Moreover, the Rouge et Bleu could also have come out of their match seeing Fred escape a deserved expulsion in the first half (see elsewhere) or when Danilo Pereira scored… for MU.

Tuchel had all good

Those he operated on during the match too.

The choice of men (Bakker, Herrera, Kehrer, Rafinha, Gueye) and the tactical choice, passing in 3-5-2 to curb the Mancunian waves.

And we can say that the players are with him.

"We are together", confirms Tuchel, who is the big winner of this evening, unlike Ole Gunnar Solskjaer, dominated and who could not find the keys to boost his team, answer his German counterpart.

Like many of his teammates, Neymar Jr is not 100% physically, it is eye-popping.

He did not fly over the meeting on Wednesday.

Excellent during the Parisian highlight at the start of the match, it only worked on alternating current thereafter.

But he did what PSG pays him so handsomely: the difference.

A goal in the 6th minute to put his team on the right track, another in the 91st minute to turn this magnificent hold-up into a perfect shot.

We have seen him altruistic too, like the gap for Mitchel Bakker, upset by an extraordinary David De Gea just before his second goal.

Neymar had sounded the alarm after Bordeaux (2-2), last Saturday, he showed the example and the way against MU.

“I did not come to Paris to play in the Europa League,” Neymar said on Brazilian television.

"Marquinhos has a great responsibility for this result and the way"

Like what, Marquinhos does not need to be aligned in the middle to “help the whole team”, as “Herr Tuchel” once indicated.

In defense too, he can also be the “soul” of PSG.

The Parisian captain (still) made a leading part as a defender first of all, but also and above all as a leader.

Add to that the goal of 2-1 (69th), and you get an XXL performance from the former padawan of Thiago Silva.

“I think Marquinhos has a big responsibility in this result and the way.

I really hope he will push with me so that we continue like this, ”says Thomas Tuchel.

The boss of Paris Saint-Germain, it's him.

- Tuchel:" I do not want to let a single guy think that we are already qualified "

- The bomb of Neymar: "I want to play again with Messi"

If they did not steal their victory and that they can legitimately be proud of themselves, of the result and of the performance, the champions of France must not however forget that the outcome of this meeting could (should?) have been any other.

In fact, Manchester gave the stick to get beaten by allowing the Parisians to stay alive, and the said Parisians did not pass up their chance.

Granted, Solskjaer's players didn't have a lot of chances, but they were huge.

We think of this lob from Edinson Cavani on the bar or the failures of Anthony Martial against the goal in the second half, at the height of their team's domination, and this excess of altruism from Bruno Fernandes just before the break .

"We were very lucky not to concede the second goal," blows Thomas Tuchel.

“They were surgical,” says Solskjaer.

In addition to lacking realism, the Mancuniens paid the indiscipline of Fred, expelled in the 70th minute for all of his work, he who should have already returned to the locker room in the first period.

At 10 against 11, the challenge obviously became more complicated for MU, already led 2-1 at that time.

Against Leipzig (1-0), we could speak of a lucky victory.

On Wednesday, Paris showed realism and opportunism, the opposite of Manchester United.

Note that Solskjaer could regret not having released the Brazilian at the break. 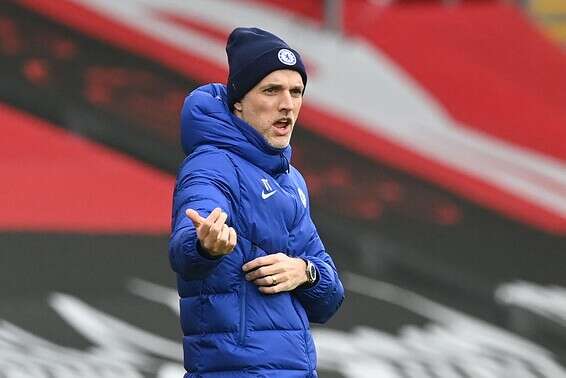 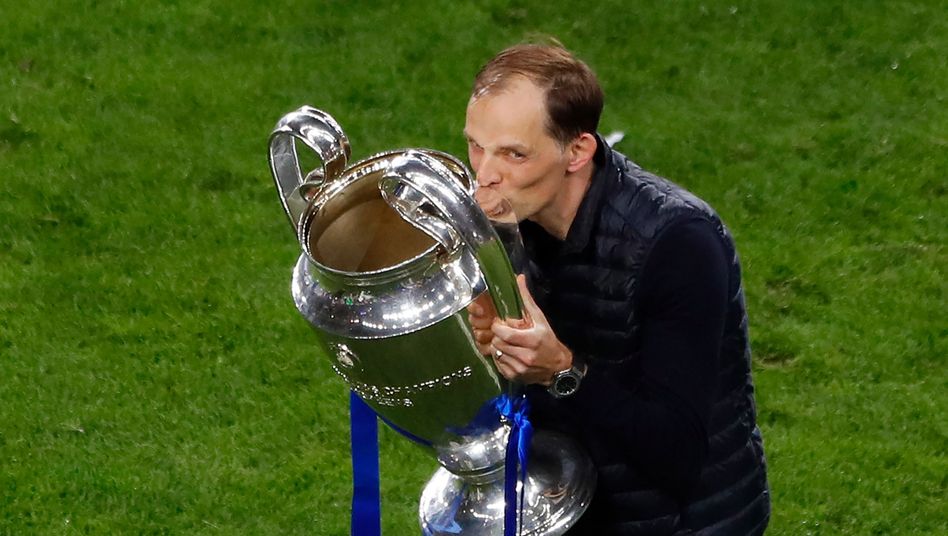 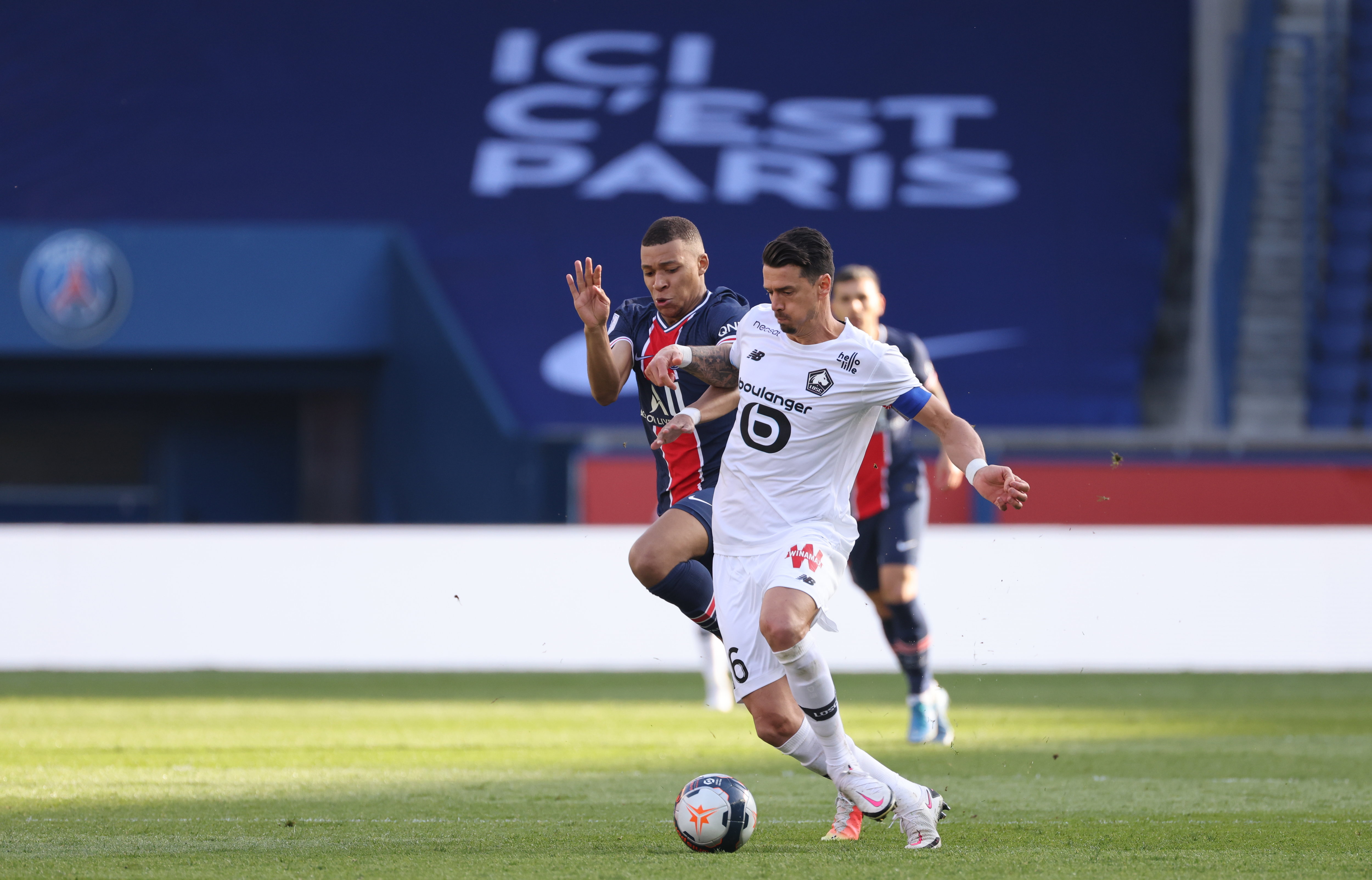 "Paris is irresistible at the foot of the wall": why PSG are at the top of the polls to win Ligue 1