The words of Mr. Coltescu, report, investigation ... Everything you need to know about the postponed match PSG-Basaksehir. This meeting of the sixth day of the Champions League group stage was indeed postponed Tuesday evening following racist remarks by the fourth referee, Sebastian Coltescu, against a member of the staff of the Turkish club, Cameroonian Pierre Webo.

Social networks ignited, and we were moved to the highest peaks of the Turkish state.

What did the fourth referee say?

“The black over there.

Go see who it is.

The black over there, it's not possible to act like that. "

This is what Sebastian Coltescu, the fourth referee of the Champions League meeting which pitted PSG in Istanbul Basaksehir against Tuesday evening at the Parc des Princes, told his colleague and Romanian compatriot Ovidiu Hategan, the central referee, in order to appoint Pierre Webo, former Cameroonian international and assistant to Turkish coach Okan Buruk.

And this because said Pierre Webo, angered by a mistake, was too vehement to his liking from his bench.

Speaking in his native language, he used the word “negru”, “black” in Romanian.

This is what set fire to the powder ... And even after understanding that the term did not have, in Romanian, the connotation that it can have "nigga" in French or in English, the Senegalese international - born in Sèvres - Demba Ba was not mad.

Because the root of the problem lies elsewhere.

So why when you nominate a black guy, do you say “that black guy”? ”He got angry during his conversation with the referees.

BREAKING: THE diallogue between the refs in full: 'The black one over there.

Go and check who he is.

Why was the match ultimately postponed?

It was believed that the meeting would resume at 10 p.m.

Lost time… UEFA had imagined sending Sebastian Coltescu to take care of the VAR, so that he was no longer at the edge of the field and therefore in contact with the players.

Not enough for the Turkish club and its players.

As the minutes passed, we understood that the meeting would not resume.

However, it was not until 11:35 p.m. to see the UEFA press release announcing the postponement of the match (see elsewhere).

By then, the Turkish players had already taken their seats on their bus and left the Parc des Princes for a while.

-" Why did he say nigga? ": The sequence that caused chaos during PSG-Basaksehir

- "The black over there ...": what the 4th said referee during PSG-Basaksehir

When will the match take place?

The two teams will meet again this Wednesday at 6:55 pm, still at the Parc des Princes.

However, we will not play 90 minutes on the meadow of the Porte de Saint-Cloud.

The discussions will resume when the game is interrupted on Tuesday evening, that is to say at the 13th minute of play. Same players, same teams, same stadium… but not same referees.

UEFA has indeed decided to completely change the refereeing body.

Finally, the Italian Marco Di Bello will be in charge of the video, assisted by his compatriot Maurizio Mariani.

Here is the sequence of what happened tonight, from the red card to Pierre Webo to the referees' explanations, fully captioned # PSGIBFK # RMCChampions # UCLpic.twitter.com / 4ZiOdvpPcz

Why are PSG qualified when the match was not over?

Even if his match has not (yet) been completed, Paris-SG is officially qualified for the knockout stages of the Champions League.

And this thanks to the victory of Leipzig over Manchester United (3-2) Tuesday night, in the other match of group H. In the standings, the Germans are (provisionally?) In the lead with 12 points, ahead of PSG and Manchester United, nine points for both teams.

Beaten 1-2 at the Parc des Princes by the same Red Devils on the first day, the Parisians took their revenge by winning 3-1 at Old Trafford last week.

Victory which gives them the advantage with the particular goal difference.

In the event of victory on Wednesday, Paris, which also has the advantage over RB Leipzig with the particular goal difference (1-2, 1-0), would be first in the group.

In the event of a draw or defeat, Leipzig would take pole.

- PSG-Basaksehir: the match will be refereed by the Dutchman Danny Makkelie

As some Romanian sources have reported, Mr Coltescu, 43, was due to play his final season as an international referee.

We can imagine that his mandate will end there ... In any case, the European authorities immediately indicated their intention to shed light.

"A thorough investigation into the incident which took place will be opened immediately", we learned Tuesday evening in the press release from UEFA.

To see if the behavior of the central referee, Mr. Hategan, will also be penalized.

He did indeed do everything to get the match back, not taking the measure of the incident.

He also attributed a red to Pierre Webo, who was absolutely beside himself after Mr. Coltescu's words.

UEFA is aware of the incident which took place this evening in the Champions League during the match between Paris and Istanbul Basaksehir.

She is conducting a thorough investigation.

Racism and discrimination, in all their forms, have no place in football. PSG-Basaksehir - The offending referee defends himself: "I am not racist"

The offending referee defends himself: "All those who know me know that I am not a racist" PSG-Basaksehir: the match will be refereed by Dutchman Danny Makkelie PSG-Basaksehir: Demba Ba points out the attitude of Thomas Tuchel Doubts about the identity of the referee pointed out and another controversy in sight? 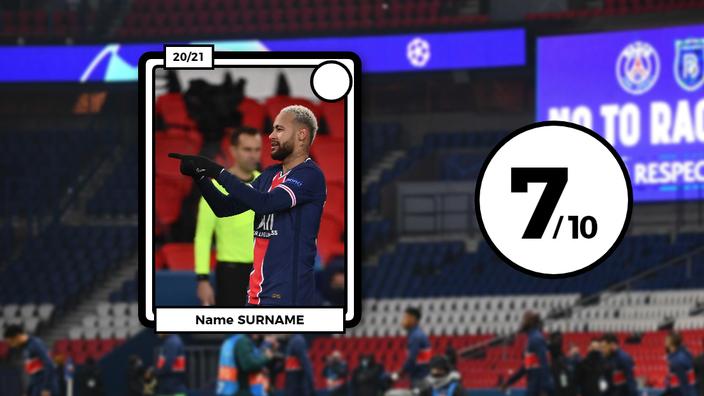