Five of the eleven English players who won the 1966 World Cup final are suffering from dementia. The designated culprit? The head game. Out

Bobby Charlton is a monument in football history.

World champion with England in 1966, elected Golden Ball the same year, ennobled by the Queen, the 83-year-old octogenarian is a reference across the Channel and in particular in Manchester where he performed most of his immense career.

But the Red Devils have now forgotten: he suffers from dementia.

English football, in shock, began to take the issue into consideration.

Premier League clubs have just voted in favor of introducing two more substitutions per game and per team in the event of a concussion.

And this from the month of January.

The choice of a permanent replacement was preferred to a temporary replacement in order to protect the player from a second shock, to avoid any pressure to resume the match and to give more time to assess his health.

Because there is an emergency in the country which invented football.

Some very sad news to report.

Sir Bobby Charlton has been diagnosed with dementia.

I spoke with Lady Norma y'day and she hopes that wider knowledge of Sir Bobby's diagnosis will help others.

But this insidious evil did not attack only Sir Bobby Charlton.

Six players of the sacred selection 54 years ago are suffering from this decline in mental capacity.

Before him, Peter Bonetti, Ray Wilson, Martin Peters and Nobby Stiles and his own brother Jack Charlton suffered from the same syndrome.

All died: Jack Charlton in July and Nobby Stiles on October 30, at 78.

On July 30, 1966, five of these men (Bonetti was replacing goalkeeper Gordon Banks) were in the starting 11 of the World Cup final against Germany (4-2 ap).

They had offered the subjects of Her gracious Majesty their only world title.

40% of the titular "Three Lions" have gone insane.

It is too much to be a coincidence.

There is a statistical anomaly.

Should we ban the head to young footballers?

WHO estimates that after age 60, 5 to 8% of the population is at risk of developing symptoms of dementia.

In France, 1.3 million people are victims.

Insanity is a psychiatric illness of brain function.

Dementia is a structural anomaly that results in impaired memory, behavior and loss of autonomy.

"No direct scientific evidence between head-butt and dementia"

Would a curse hang over the Wembley finalists in 1966?

In contrast, a named culprit comes up in all conversations even if the scientific evidence is lacking: head play and repetitive strain injuries to the brain.

"The human brain floats like a balloon in the cranial box," explains American forensic scientist Bennet Omalu, who denounced the concussion effects in American football.

When you hit a bullet in the head, you create shock and head trauma.

These trigger an accumulation of the tau protein in the brain that causes Alzheimer's disease.

During his career, a footballer makes thousands of heads, mainly in training.

The danger comes from the quantity: "It is considered that beyond 1500 heads per year, there would be neurological abnormalities detected on an MRI.

This damages deep parts of the brain, ”said Jean-François Chermann, neurologist specializing in concussions in athletes.

As in the United States, and in Scotland for a year, head games are prohibited for children under 12 years old.

France has not yet taken such a measure: "There is no proof yet of a direct relationship between head game and dementia, notes Jérémie Pariente.

To be sure, you can only do a post-mortem examination.

The certainty is that there is a relationship between cognitive impairment and repeated concussions.

I believe in this link even if we cannot exclude problems of doping or of the players' lifestyle.

It just lacks the definitive diagnosis of science, still impossible to establish in 2020. "

The triple scorer wants to offer his brain to science

In question: an excessively high tau protein level triggered by a head trauma, even a mild one.

This protein is toxic to nerve cells.

Sir Geoffrey Hurst is ready to offer his brain to science for examination.

We were playing head tennis.

If after my death, giving my brain to science can help explain the reasons for these dementia syndromes, I will, ”said the British Lord, spared from the evil that is eating away his teammates.

In France, no former player suffers from dementia.

In any case, none have made it known.

Unlike Germany, where the case of Gerd Müller moved.

World champion also in 1974 with the FRG, the 75-year-old striker suffers from the same scourge.

The huge Mannschaft scorer has only rare moments of lucidity and dies slowly, according to his relatives.

In 2020, the new balloons do not change anything

In the 1960s, the balloons used were made of thick leather and weighed 450g.

This mass could increase by 25% with humidity.

In 2020, balloons are lighter (around 410g), go faster and have the capacity to cause shocks similar to those recorded 50 years ago.

The risks of dementia therefore do not only concern players in the 1960s and 1970s.

There again, it was the Anglo-Saxons who rose to the front.

He published a long open letter in mid-November in the Times: "I have dementia, and I want to know why."

Former players Wayne Rooney and Frank Lampard are demanding the issue be taken seriously with a disturbing prediction.

“Clearly, something has to change to prevent the next generation of players from dying of dementia,” Rooney calls out.

“The only way to achieve this in the event of a concussion is prevention, rest and stopping activities for a while,” warns Jérémie Pariente.

Football is not the only discipline dealing with concussion cases.

In addition to the case of American football mentioned above, rugby has also implemented a protocol to prevent a player from staying on the field and suffering a new shock.

There again, England is stunned after revelations of its world champions.

Crowned in 2003, the pillar of the XV of the Rose Steve Thompson, confided in a moving and painful testimony to also suffer from precocious dementia. 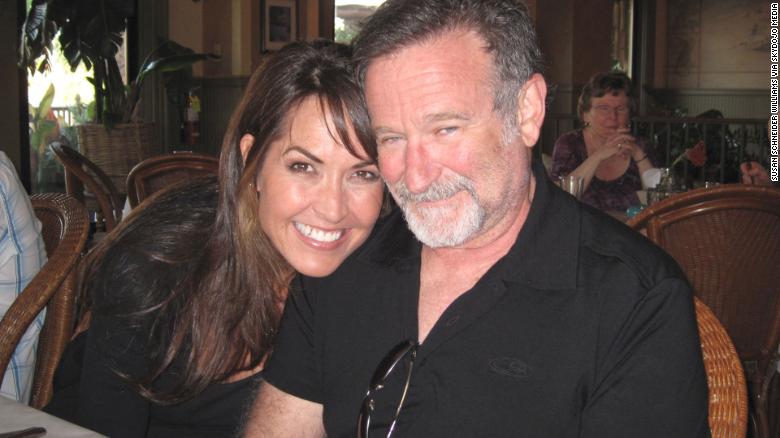 Dementia: Around 3000 people in the district 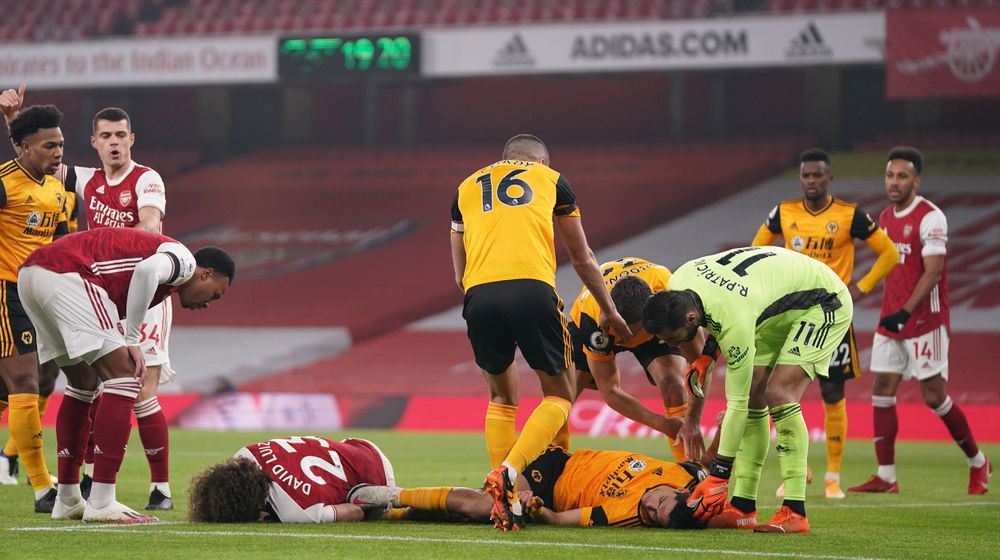 FIFA authorizes additional substitutions of players with blows to the head End of the head game in training in England ... The start of a revolution?

The disturbing factor of dementia in ex-footballers 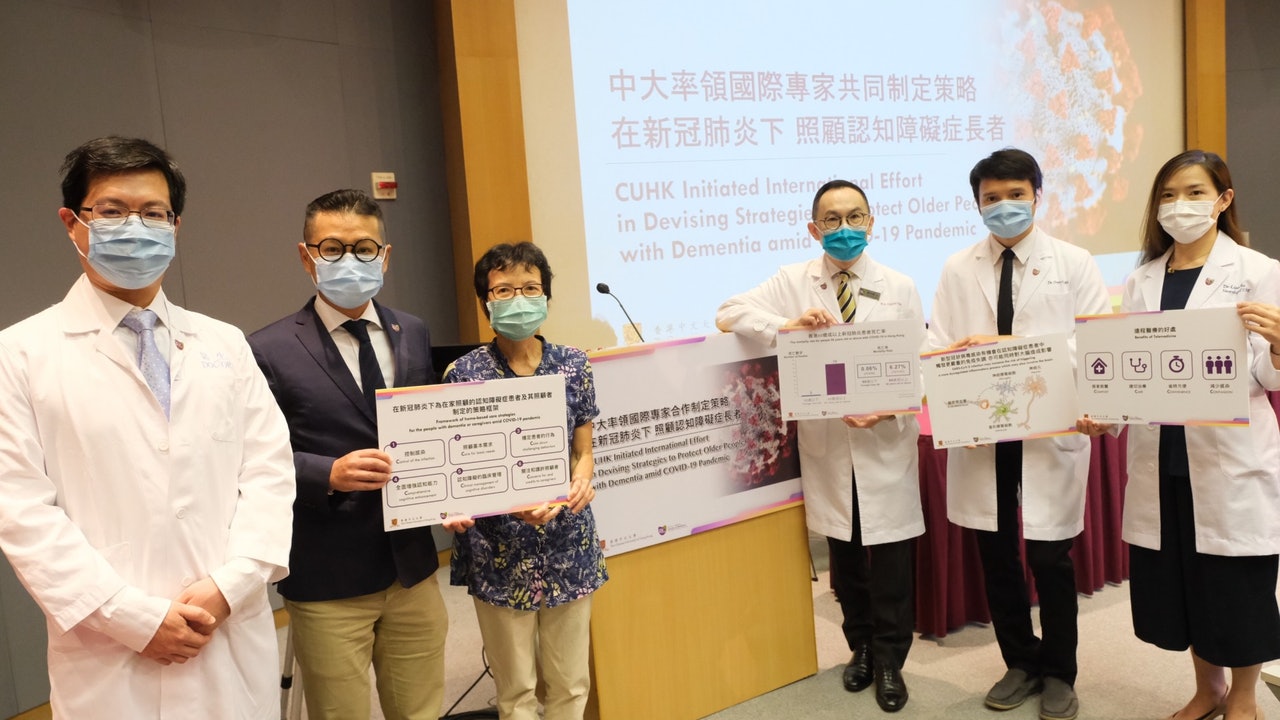 New Coronary Pneumonia | The Faculty of Medicine of CUHK says the mortality rate over 60 years old is 6.27%, 105 times that of under 60 years old