In 2014 Gerwyn Price ended his rugby career to "pull the money out of the pockets" of professional darts, as he said. Seven years later, the Welshman is the best player in the world. 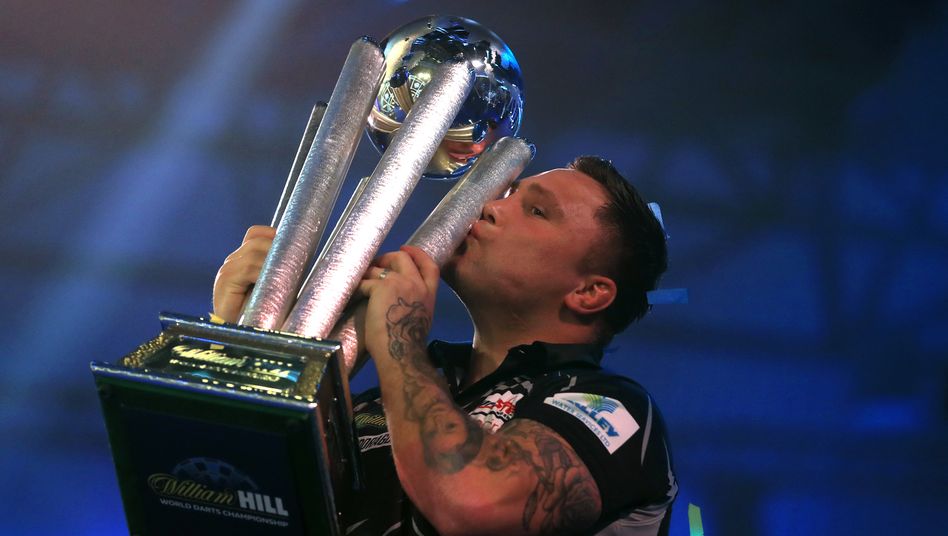 In the end, "The Iceman" showed some nerves.

Gerwyn Price skipped eleven attempts, eleven match darts over two sets, before the twelfth arrow was finally in the double 5 and the 7-3 success against Gary Anderson in London's Alexandra Palace was certain.

The Sid Waddell Trophy, 500,000 British pounds in prize money and the position as the new number one in the world rankings earned him this double field, with which you have to end every leg from 501 to zero.

"I've never felt such a pressure in my life," said the Welshman in a TV interview after the game.

"Even before the game, I was more nervous than ever."

Until the comfortable 5: 1 lead, Price didn’t let it show.

In his first World Cup final he dominated the game from the third set onwards, after six sets he had a hit rate of 73 percent on the doubles;

anything around 50 percent is considered world class.

He hit his favorite double »Tops« (double-20) in the first 13 attempts every time.

In the sixth set, Price just barely missed the perfect game, a nine-darter.

With an average of 136.64 points per three darts, it was nevertheless the best set in the history of the World Cup.

Anderson, on the other hand, played well, but could not build on his previous performances.

In particular, the outer rings did not run for the 2015 and 2016 world champions in his fifth World Cup final.

In the end, barely every fourth dart was in doubles.

Chances in darts better than in rugby

For Price, the world title is the culmination of his second career as a professional athlete.

"I think every day that I can become number one in the world as a world champion," Price had said after his round of 16 victory over Mervyn King.

Seven years ago, Welsh darts player Barrie Bates advised his compatriot Price to give it a try as a professional.

He believed in the 35-year-old's potential.

Price earned the tour card from the Professional Darts Corporation (PDC) in January 2014 and gave up his career as a rugby professional to "pull the money out of the pocket" of darts professionals, as Price likes to say.

Back then, in January 2014, Michael van Gerwen had just become the new number one in the world after his first world championship title - and remained so until Price's title.

The Dutchman was number one for seven years, with at least six of them undisputed as the best player in the world.

An important factor in success: no more scandal

Price won more tournaments on the professional tour than anyone else in the 2020 season.

And at the last World Cup, too, he was the best player for a long time.

But in an emotionally charged semi-final against eventual world champion Peter Wright - which ended without a handshake - Price was unable to maintain the level of previous games.

A year later it was mainly the tight situations in which Price showed his whole class.

Apart from the wobbles towards the end of his first World Cup final, Price had shown impressive nerves.

“The way I've played all year, I think I deserve to have that trophy and be number one,” Price said after his win.

An important factor of success: Price has now got a grip on himself.

Two years ago there was an uproar at the final of the World Grand Prix between Price and Anderson.

Price repeatedly celebrated good throws in the direction of his opponent instead of - as usual - getting the darts off the board immediately after the throw.

Anderson even let himself be carried away with a little nudge at Price.

Price won the game, but received a record fine from the PDC plus a three-month suspended game as a sanction for his behavior.

"I'll be quiet, he loud," Anderson had replied before the World Cup final when asked what kind of game he expected against Price.

But that didn't happen.

Price appeared calm and highly concentrated for long stretches of the game, only rarely did he get cheers.

In the past, his outbursts might also have had the purpose of influencing the opponent, but now he only seems to scream out excess energy in order to have the necessary calmness on the board again.

In his seven years in the PDC, the results got better every year.

If Price can maintain this constant development, he could dominate the darts world just as van Gerwen or Phil Taylor did before him.

However, he doesn't want to play for as long as Taylor.

At the latest when he is 50, it should be over for him, as he kept saying.

Then he wants to enjoy his life somewhere in the sun.

And maybe his time as a darts professional will be much shorter.

In an interview with Die Welt, Price said he believed he could play snooker well enough to make it there as a professional.

It would then be his third career in professional sport. Darts World Cup final in the live ticker: Anderson wants revenge against Price after the biggest scandal in history 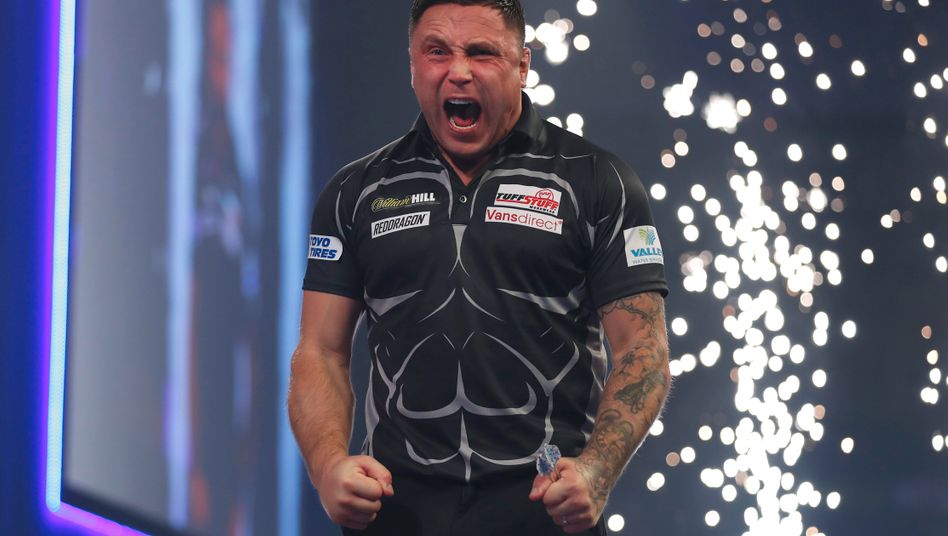 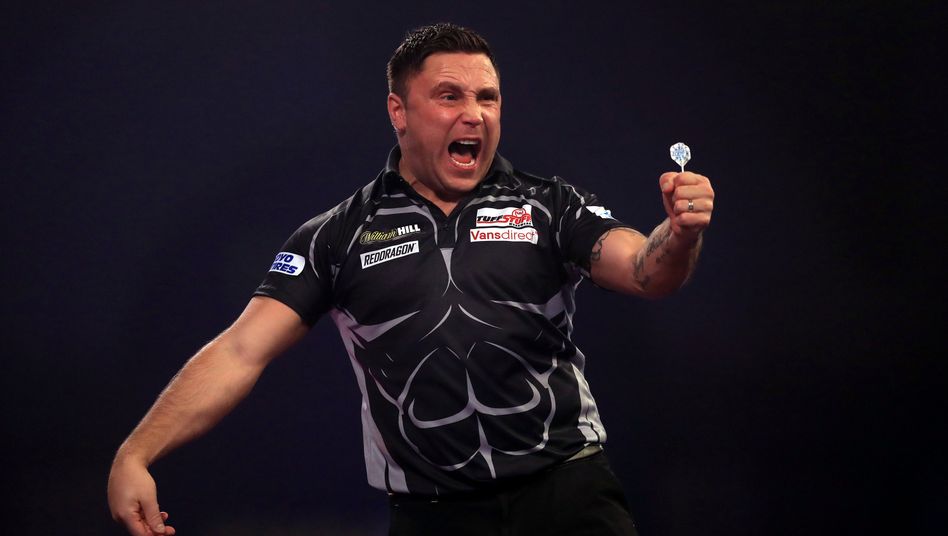