Derby time on Monday evening - but only for FC Ingolstadt? Stefan Lex from TSV 1860 talks about the third division duel with the northern rival - and whether he is part of the game. Derby time on Monday evening - but only for FC Ingolstadt?

Stefan Lex from TSV 1860 talks about the third division duel with the northern rival - and whether he is part of the game.

Munich / Ingolstadt - Derby or no Derby?

, 31, the former Ingolstadt native, the question does not arise - the answer from the recovered TSV-1860 striker is clear.

“From our point of view, Ingolstadt is not a real derby.

We already have three games in Munich if you include Haching (see Bayern II, Türkgücü).

These three games have more of a derby character

for us. "However, things will be seen differently with the opponents next Monday, reports Lex from personal experience:" From that direction I would say that it is a derby.

In the third division we are definitely more attractive for Ingolstadt than other clubs.

I also know from earlier that there was a

It is fed less from memorable duels in joint second division years, but from the fact that you have a different view of your own club in Audi City than in the state capital 80 kilometers south.

promotion hero of the FCI

, remembers: “Ingolstadt played some of the Bundesliga

, so it didn't go down well when the newspaper reports from 1860 were bigger from the second division

- or even from the regional division.

That was a thorn in the side of many people. "Looking at the duel on Monday, Lex, who lives halfway in Eitting *, suspects:" That's why they definitely want to look good against us. "

since been out of action with an annoying thigh injury

But now things are looking up.

“I started team training again on Wednesday, but only did part of it,” says Lex. “It was important that I didn't start too early with my muscular history.

Now I hope that it will continue step by step and that I will be eligible for Monday. ”Whether from the beginning or as a joker, we'll see.

1860 Munich in Ingolstadt: duel between two “losers” in the hot 2020 battle for promotion

Regardless of the promising Biankadi debut, the lions would like to fall back on the

dynamics of their second best scorer

Especially since not only the

lions are on the rise

(last ten of twelve possible points), but also Ingolstadt, which is one place better and

in the new year

“It's going to be an interesting game,” says Lex: “We still have something to make up for from last summer.

on the last day of the match

Now we want to show that we are one step further. "

That Ingolstadt put up with the

They only had one finish that hurts them a bit, the Thali (Maximilian Thalhammer / Ed.).

Overall, it's a dangerous team

where a lot of people can score.

Therefore: difficult task for us, but we will throw everything into the balance - and preferably keep the three points in Munich. "

TSV 1860 is one of the big surprises in this third division season.

z.de and FuPa.net are offers from the Ippen Digital Network About Eitting to TSV 1860 Munich: Stefan Lex lives the dream of being a professional Sascha Mölders complains after the derby draw against Bayern amateurs - "You are going to the Regionalliga, Spa ***"

"You are going to the Regionalliga, Spa ***" - Sascha Mölders is mobbing after a derby draw against Bayern amateurs Cool northern lights, nervous Saxons - and at Ingolstadt and 1860 a showdown is approaching ... 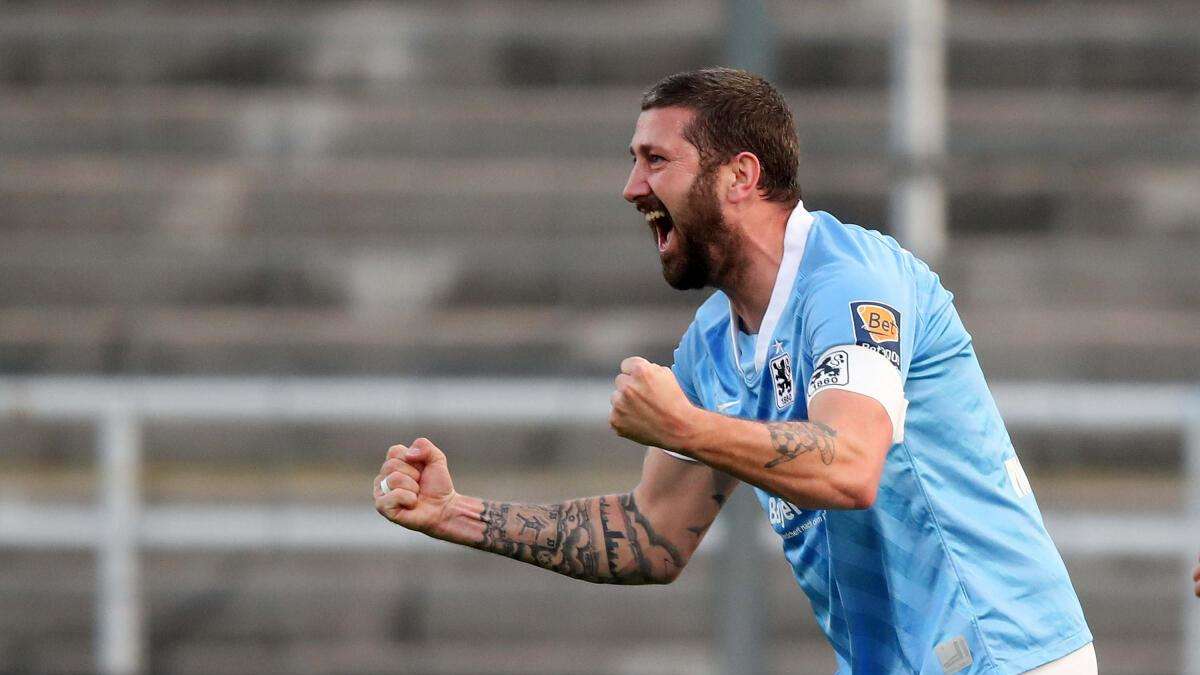 1860 coach Köllner blows to the final sprint: "We're going on the way!"