Oded Katash: "A very bad loss, but we must not lower our heads" - Walla! sport

Coach Panathinaikos snatched from Fenerbahce 100: 74 in the premiere: "Feels bad I could not help the team, must remain united." Next week: Himki

Oded Katash: "Very bad loss, but we must not lower our heads"

Coach Panathinaikos snatched from Fenerbahce 100: 74 in the premiere: "Feels bad I could not help the team, must remain united."

This is not how Oded Katash hoped to open his way in Panathinaikos.

The Israeli coach who returned to the Euroleague tonight (Friday) after a 13-year break suffered a 100:74 defeat by Fenerbahce, and the dreams of a surprise in Turkey that might resurrect his dreams of a top 8 were soon cut short.

Katsch will be looking for a debut victory in a role against Larissa in the Greek league, and next Thursday he will meet the weak Moscow Khimki, who closes the table in the Euroleague.

"It was a very difficult game, as the result shows," the Israeli coach admitted at the end.

"It's a very bad loss for us. In the last few days I have been trying to find the team and I feel very bad that I could not help. We need some time, training, and we will be fine."

Katsch was asked what he said to his new team after the loss and replied: "I told my players not to lower their heads, to keep fighting regardless of the circumstances. We must stay united. Let Fener play as she wants and they made a lot of easy points. We need to improve, raise our heads and hope to be good More in the future. "

On the winning side, Fenerbahce celebrated a fifth consecutive victory.

"It was a great team game and all the credit goes to my players," concluded coach Igor Kokushkov.

"We start sacrificing for each other and that's the way it should be."

Marko Godoric added: "On defense we did a very good job on Nemanja Nedovic, who is their first option. On offense we gave each other, we played as a team and it's great."

Oded Katash: "A very bad loss, but we must not lower our heads" - Walla! sport

After the nightmarish premiere: Greece understands that "Oded Katash is not a magician" - Walla! sport

Oded Katash: "It was a special game, winning a derby is always exciting" - Walla! sport 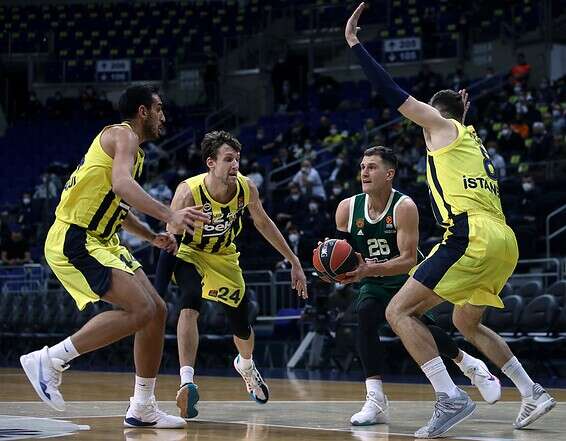