The currency when changing players? There are many. One club even offered a dowry. Just for fun, we suppose.&nbsp; The currency when changing players?

One club even offered a dowry.

Just for fun, we suppose.

Incidentally, the Altenerdingen football boss remarked in the context of the squad planning (see report above): "We were also on a few Bayern players: Costa, Roca, Sarr." Since the bankruptcy in Kiel, the SpVgg have refrained from doing so.

That surprises us a little, because after all, Andi Heilmaier has excellent contacts with the Reds and would certainly have got the trio for an apple and an egg.

And we mean that literally.

Transfer fees in kind - that's not uncommon in the football world.

Kenneth Kristensen was outweighed in shrimp when he moved to the Norwegian third division.

His compatriot Bård Erik Olsen got a pizza a week after a transfer.

And Marius Cioara moved from the 1st to the 4th Romanian league for 15 kilograms of pork sausage.

The latter would have been unthinkable at FC Türkgücü Erding.

There was the currency: 1 kebab.

With this, the Turks lured Mayls Majurani into their newly founded B-youth.

It was clear to the courted: he could not refuse this offer.

“The TG people obviously didn't know what a bad kicker I was,” he says today.

Sorry, dear readers, but the man is a volunteer at the local newspaper.

You can believe that.

Such deals are not unusual in our district either, as Kirchasch's sporting director Maxi Bals confirms: "Daniel Brenninger moved to us from Walpertskirchen because coach Andi Hackl promised him a meat loaf for every game." And Wast Held is himself sure that his wife's cake was decisive when he convinced Michael Hastreiter and Florian Rupprecht to move to SV Wörth.

But it also works the other way around.

FC Moosinning offered a dowry, as Martin Grasser told us with a laugh.

It was about his former striker colleague Sebastian Maier, who had switched from SC Kirchasch to FCM.

"If you take it back, I'll drive you over a Fuada Potatoes," said Moosinnings soccer legend Joe Schmid.

The change came about later - without potatoes, by the way, but much to the delight of the KSC.

Anyone who thinks that footballers are only interested in food is mistaken - beer works too.

For Ernie Blekinsop, Hull City rolled a barrel of beer to Cudworth Village, where the thirsty ex-colleagues were already waiting.

It's nice when the round leather rolls, not the ruble.

Leather as a commodity - that was also quite common in our district.

In the 1970s and 80s, Himolla Taufkirchen is said to have given hand money for a change of chairs, TV armchairs or even entire leather furniture.

We think that's okay, after all, the kickers also provided a certain cushion of points.

On the other hand, there was help for self-help in 1952 for Josef Röhrl, who lived with his wife and daughter in one room until the mayor of Langengeislingen found him an apartment.

Of course, Röhrl had to pay the rent himself - and he had to storm for the FCL in the future.

The deal that was once proposed to Werner Lauer, who was the coach of the Frankfurt women's handball team and wanted to sign a player, was not possible.

“But she only said yes if we also sign her partner.” Well, you might buy Frankfurter Würstl in pairs, usually shoes or gloves, but women athletes don't actually come in pairs.

Sometimes just nice words are enough as a transfer fee.

Patrick Tischer actually wanted to end his career in 2009 and not stand in the way of the upheaval at TSV Wartenberg.

Then he played with a fun tournament in the Gerlspeck hall.

“I must have had a very good day,” he recalls.

In any case, Flo Müller and Olli Kurowski were so enthusiastic that they absolutely wanted to bring the goalkeeper to Rot-Weiß Klettham.

At some point they had him ready.

During the first training session, Tischer was amazed: “Where are Olli and Flo actually?” He asked the then RWK boss Pedro Locke.

By the way, the two returned to Klettham after six months, and Pedro Locke is now a coach at SpVgg Altenerding.

Which brings us back to the Bayern question: Should Costa, Roca and Sarr go to SpVgg?

You could take Danijel Pranjic as an example.

In 2009 he even paid part of the transfer fee to play for Bayern. 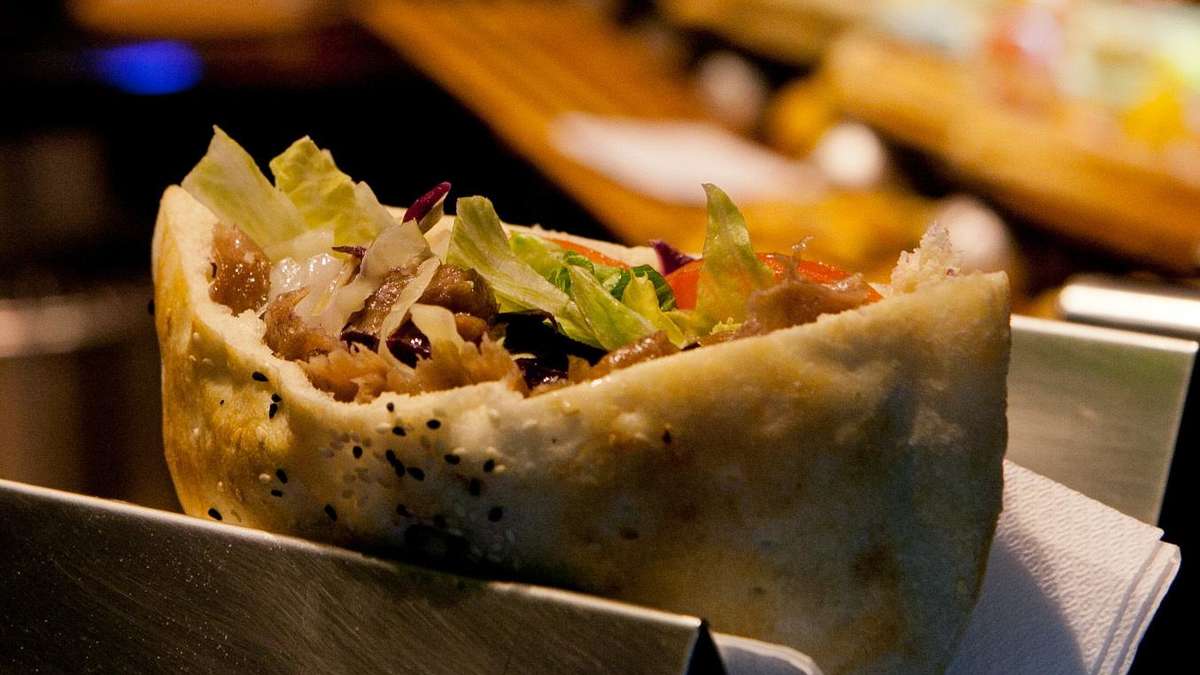 Our readers recommend: Here you can find the best doner kebabs in Munich 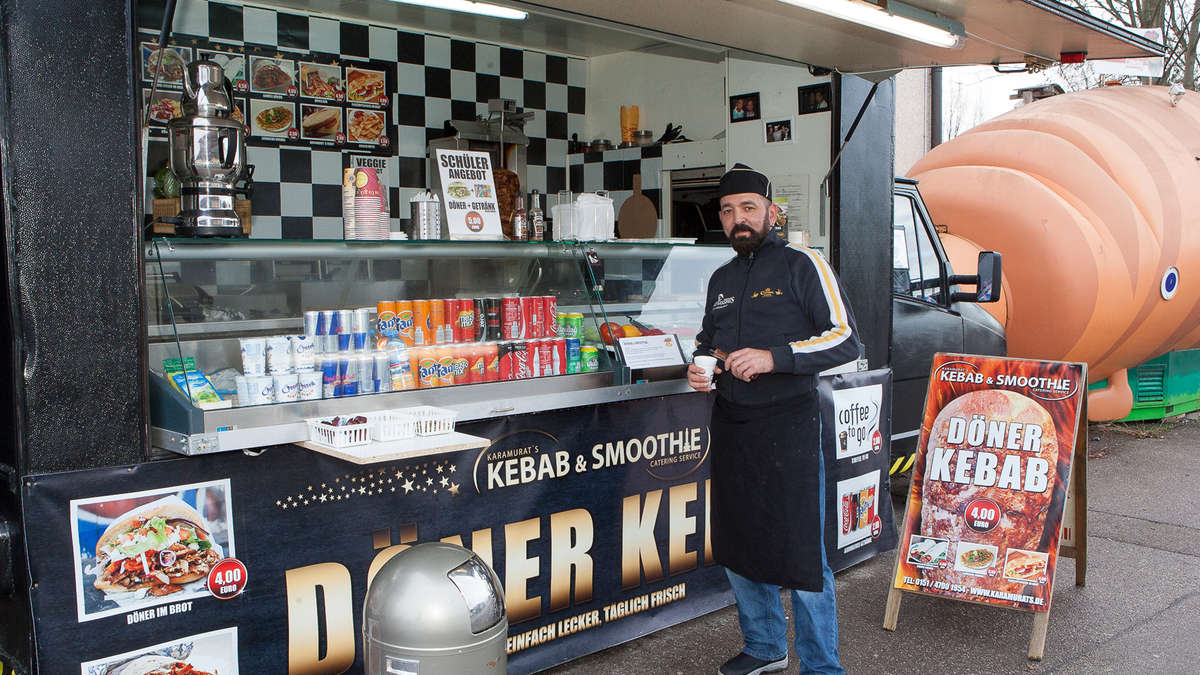 The secret of the kebab stalls revealed - this is how the street food classic succeeds at home&nbsp;

The secret of the kebab stalls revealed - this is how the classic also works at home&nbsp;

The secret of the kebab stalls revealed - this is how the street food classic succeeds at home&nbsp; 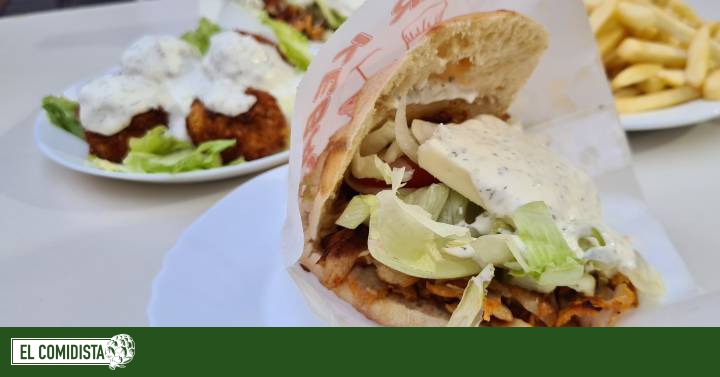 Yawning emptiness in the office