Jürgen Klopp has an excellent record after more than five years in Liverpool. But the current form of his team worries. Manchester United struggles with a counterattack. 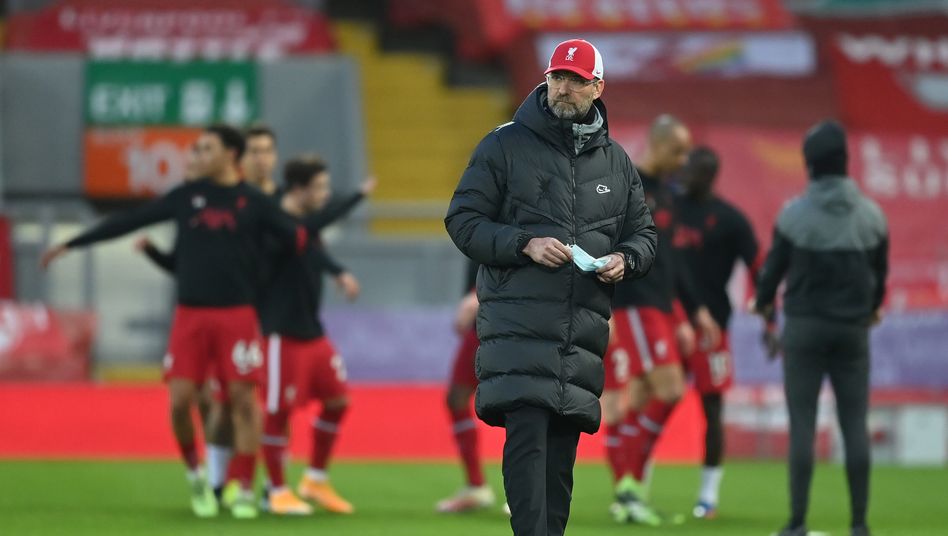 Scene of the match:

Marcus Rashford dribbled the ball close to his foot towards the Liverpool penalty area.

Striker Edinson Cavani crossed the path and waited for the pass.

Three against three: That could be the decisive counterattack in the 82nd minute.

But Rashford ran and ran and he didn't play.

The chance was gone, Cavani and Paul Pogba were upset.

In the end, this attack stood for the game: promising, but goalless.

Liverpool FC and Manchester United separated 0-0 on matchday 19 of the Premier League.

The singer who turned the song “You'll never walk alone” into an anthem with its cover version.

Of course, his song echoed through Anfield Stadium, a particularly sad moment given the empty stands.

Both teams applauded Marsden for a minute.

Liverpool had not won the Premier League three times in a row, and most recently lost 1-0 to Soutampton.

Coach Jürgen Klopp said that after the defeat there was a discussion with the team.

“We know what to do.

We know what went wrong.

We know what we want to change, ”said Klopp.

That meant after only one goal in three league games: more goals!

You should see that on the pitch against United - Klopp hoped.

It was Bruno Fernandes who put a free kick just wide of the goal (34th minute) - the greatest chance of the first half.

Liverpool had bad luck shortly before the break: Thiago hit a ball in the tip and sent Sadio Mané towards the goal.

Mané took the ball well in distress, but referee Paul Tierney whistled at the break - much to Thiagos annoyance.

The playmaker clapped his hands over his face in disbelief.

Manchester's coach Ole Gunnar Solskjær put a back four in defense on paper.

United often defended so deep that six players lined up in the back row in front of goalkeeper David de Gea.

That was also necessary, as Liverpool's full-backs moved up more often.

And pressure also came from midfield: Xherdan Shaqiri played behind the line of attack with Roberto Firmino, Mohamed Salah and Mané - an offensive promise that was not kept.

United withstood the pressure and relied on the fast Marcus Rashford.

He was caught again and again on his counterattacks.

Liverpool's Thiago in a duel with United's Marcus Rashford

A game-changing reaction was not seen immediately after the break.

It went as usual: Liverpool with the ball, Manchester with counterattacks.

After 61 minutes, at least United coach Solskjær had enough and brought Edinson Cavani into play.

Bruno Fernandes then had the chance to take the lead (75th): After a pass from Luke Shaw into the back of the defense, Fernandes completed from a few meters, but goalkeeper Alisson parried.

The goalkeeper defended the point with which United should be happier.

Maybe that's because of the latest success: the championship in England.

In fact, Klopp has been active at Anfield Road for more than five years, the match against United being his 200th Premier League game as a Liverpool coach.

Only José Mourinho (137) celebrated more victories in his first 200 games in league history.

Three out of four:

Klopp's overall balance looks good, but the average of the last games does not.

Three points from four league games are not enough for the current champions, especially since the team has not scored a single goal in the past three league games.

Liverpool's weakness allows Manchester United to continue to lead unexpectedly ahead of the season.

Liverpool can't take any more time to get back on track.

Against relegation candidate Burnley (January 21st) a victory should come, then the duel against table neighbors Tottenham is on (January 28th). 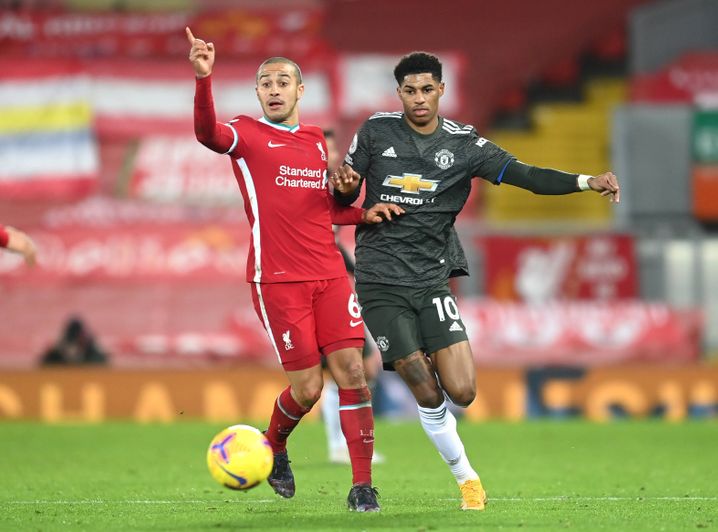 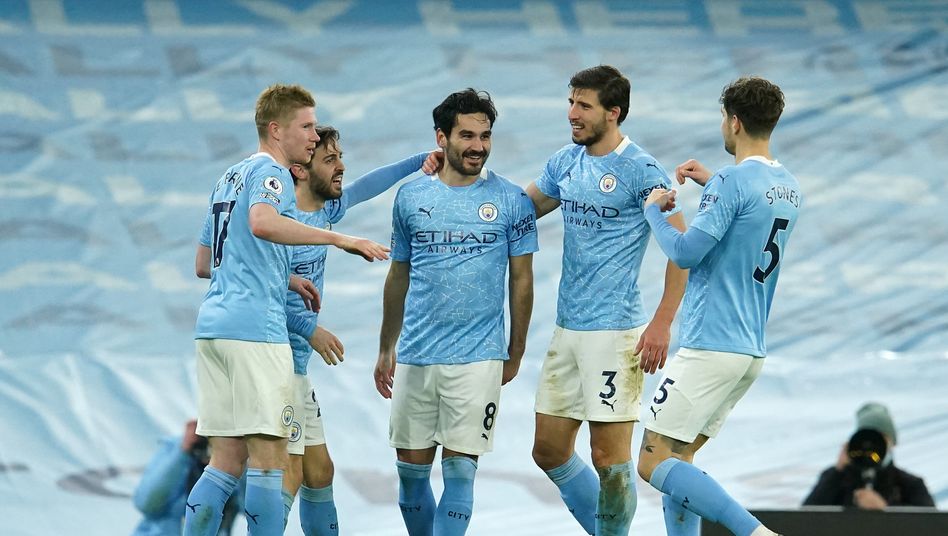 Liverpool and Manchester United tied in the Premier League 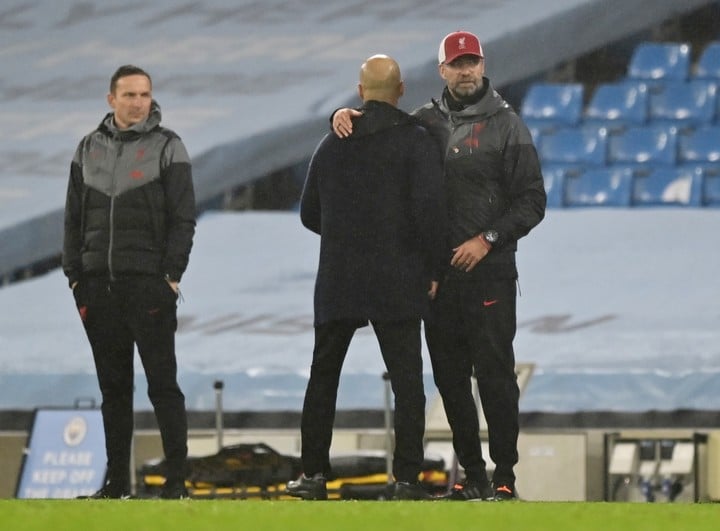 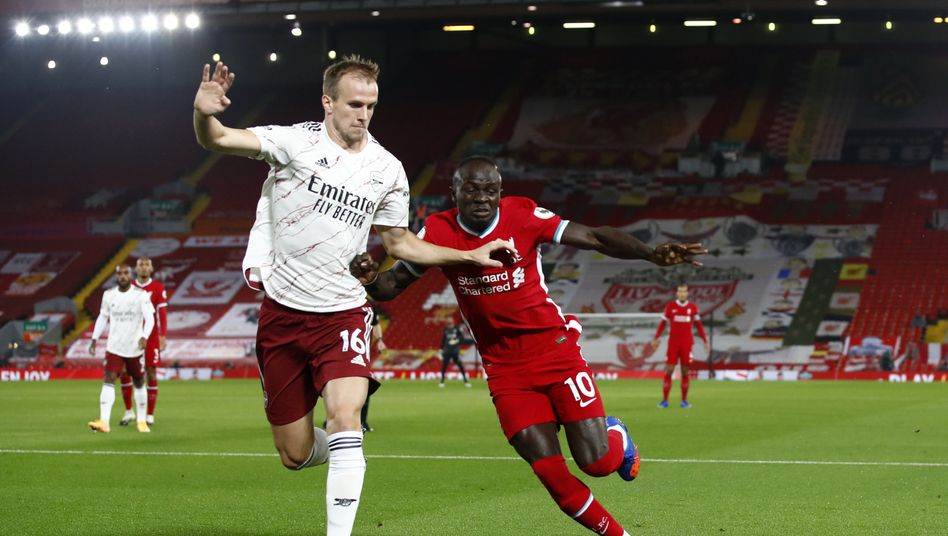 Premier League: at home against Arsenal? A sure-fire success for top English clubs 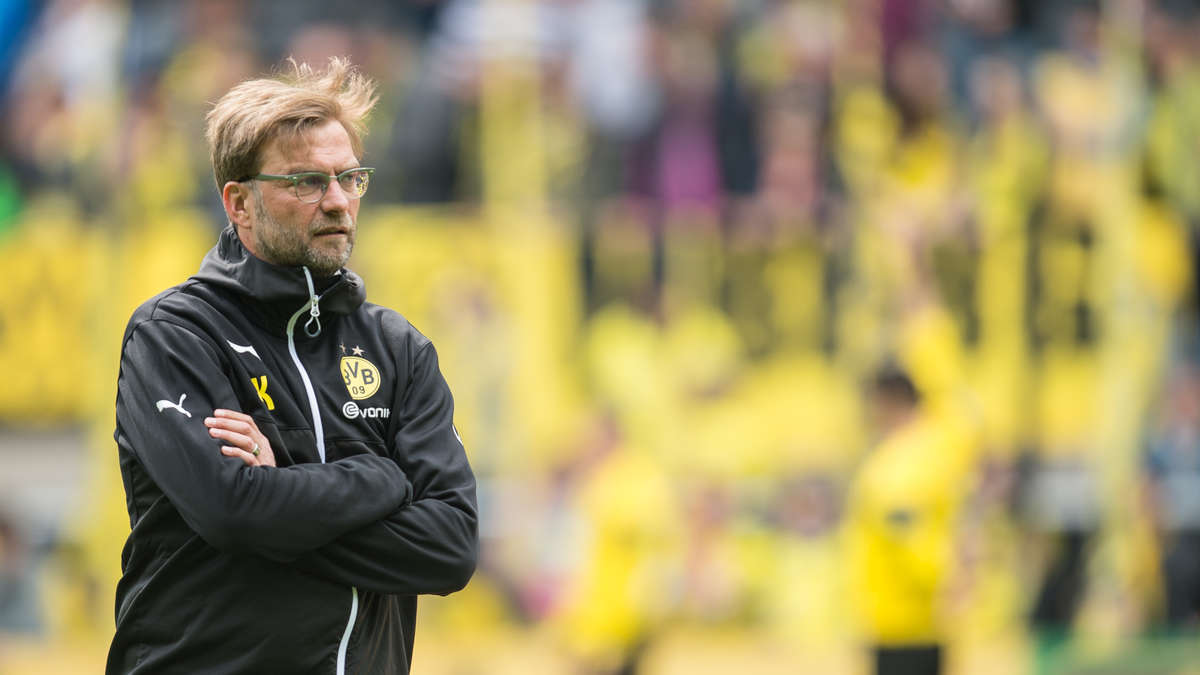 BVB: Jürgen Klopp returns! But only for one game - strange Champions League appearance 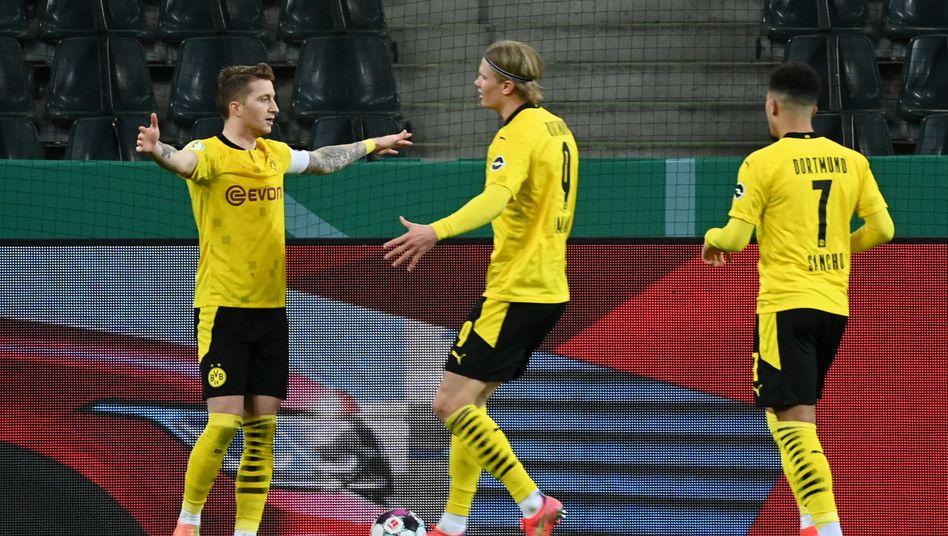