The penalty problem is exacerbated, Coman is troubled: "We are Barcelona, ​​it's not serious" - Walla! sport

The Catalans barely passed Corner, although they missed two penalties and continued the alarming trend. The coach understands: "Must show more character. Other than Messi, I can't trust anyone else to kick." The point of light? The young people who "proved that they are the future of Barcelona"

The penalty problem is exacerbated, Coman is troubled: "We are Barcelona, ​​it is not serious"

The Catalans barely passed Corner, although they missed two penalties and continued the alarming trend.

The coach understands: "Must show more character. Other than Messi, I can't trust anyone else to kick."

The point of light?

Barcelona almost also fell victim to the new phenomenon in Spain, of senior teams being relegated from the cup by rivals from the third division.

What has already happened to a number of teams from the senior league, including Real and Atletico Madrid, almost happened last night (Thursday) to Barça, who were caught up in overtime against the modest Cornia, but eventually managed to win 0: 2 and advanced to the quarterfinals.

Osman Dembele (92) and Martin Breitweit (120) relieved pressure from Koman in extra time, but Barça once again took care of Koman and her fans with unnecessary heartbeats, with Miralem Pjanic and Dembele missing penalties.

It was a direct continuation of Barça's alarming trend this season, after missing its last five penalties.

No less than five different Barça kickers have already missed from the penalty spot this season (Leo Messi, Braithwitt, Griezmann, Pjanic and Dembele), and Koeman understands that this is a warning light.

"We are Barcelona. To miss two penalties in one game, it's not serious," the coach said at the end.

"Except for Messi, we don't have anyone who can kick penalties in a stable way. We have to work on that and improve our efficiency, we have to show more character."

Spanish Cup: Barcelona sweated on the way to the next stage with a narrow 0: 2 over Cornia

Subsequent training will be devoted to kicks from the penalty spot.

Koeman admits he does not understand what causes the misses.

"Maybe it's fear, I do not know. But in any case it is incomprehensible. There is no crowd that adds pressure, no noise from the stands, everything is quiet and calm, so why do not we conquer? The players have to relax and conquer on subsequent penalties. Missing is sometimes part of the game, but not like this".

There were also bright spots in Barça's game.

In the absence of the suspended Messi and against the background of the rest given to other senior players, some young players received the reins from Koman.

One of them is 18-year-old Ilaish Moriva, who is considered a big promise and showed sparks.

"I think the young players who got a chance today, have proven that they are the future of the club," said Koeman.

Moriba said "it's an amazing feeling. Koeman told me before the game I would open, and I felt good. But when I got home, I couldn't sleep. I'm really happy about the win, and happy for the opportunity."

The one who almost became the hero of the game was Cornelia goalkeeper Ramon Juan, who made history and became the first to stop two Barcelona penalties in one game.

"All the Barcelona players greeted me at the end," Juan boasted at the end, showing the shirt he received from Marc-Andre Ter Stegen who complimented him on the good ability he showed between the posts.

"You dream of moments like this. I never thought I would stop two penalties against Barcelona. I would be happy if Messi also played, and I would face the greatest player in history. What is certain is that I will never forget the evening."

The penalty problem is exacerbated, Coman is troubled: "We are Barcelona, ​​it's not serious" - Walla! sport

Ronald Koeman is pleased with the young Barcelona, ​​but is troubled by the blow of the "crazy" injuries - Walla! sport

Barcelona stormed after the penalty, a board member tweeted: "This is a lousy scandal" - Walla! sport

"Barcelona is much inferior to PSG, Coman understands that he is far from winning any title" - Walla! sport 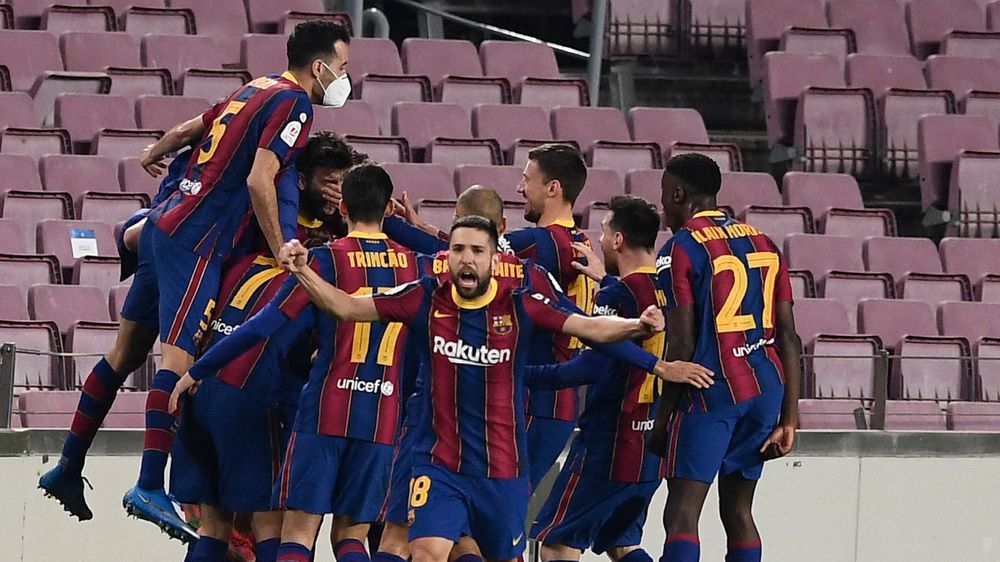