Atalanta's young Argentine central defender disallows Ibrahimovic, scores the first goal and assists in the second during Gasperini's team's overwhelming victory over the Serie A leaders

On the fly, already put, he also engulfed Zlatan Ibrahimovic.

, predictable fate of all the balls of the Serie A leader, defeated at San Siro by the most collectivist of his great rivals.

Atalanta de Gasperini, Madrid's next client in the Champions League, gave him no truce in an exhibition of choral creativity, dynamism, sacrifice and rigor.

In all the sections, Romero stood out, scoring the first goal and passing the last in one of those demonstrations that point to the great defenders.

Romero is Argentine, a historical mark of quality in the backs of

He is 22 years old and Juventus, which owns his federative rights, has loaned him two seasons to Atalanta so that he can continue to tan.

This Saturday Milan was measured in a particularly tense match.

Milan defended their leadership in the match that determined the halfway point of the championship.

If he lost and Inter won, Inter relieved him at the top of the standings.

The luck of the duel, therefore, was based on the result of the duel of all the duels: Ibrahimovic against Romero.

With a shower of balls for him to tame, turn, organize and finish.

It must have multiplied because Theo looked for it outside;

Kjaer enabled it from the center line;

Tonalli launched it in depth;

and Kessié tracked it down with a lateral center.

They always found it.

Always with your back.

Always covered by Romero, who was a head shorter than his counterpart but maneuvered with the coordination of a gymnast and the cunning of the wisest markers.

If it was necessary to anticipate, he read the play a second before his opponents, if he had to crash, he was imposed by his physique.

They did not whistle a foul.

The match turned sour for Milan when in the 26th minute, just off a corner, the Argentine stretched out in a feline jump on Kalulu's back to head between Donnarumma's legs.

The 0-1 reaffirmed Atalanta in its daring proposal in the same way that it loaded Milan's back with a bag of uncertainty.

The Atalanta conveys an idea of ​​radical unpredictability.

Any player, at any time, seems ready to operate in any box on the court.

Almost always to move forward, to press up, or to deliver the ball to a teammate who moves on a higher step of the progression towards the rival goal.

Gianpiero Gasperini seems to have found the key to overcome the crisis of his divorce with Papu Gómez.

After two consecutive draws, the team got back together.

A reckless excess of Kessié led to the 0-2.

The Ivorian midfielder dropped his elbow as Ilicic was about to collect a rebound in the Milan area.

Consequence: broken lip by Ilicic, indisputable penalty, and goal from under Donnarumma's armpit.

The goal verified the general sense of the game.

The game was played on the Milan field.

Pioli's attempted reaction, bringing in Brahim Díaz through Meité, not only did not take effect but ended up giving the adversary command of operations, commanded by an omnipresent Ilicic to help the defenders in the exit, collaborate in the pressure with the interiors and throwing walls with everyone.

The physical display of the 32-year-old Slovenian must have reminded Ibrahimovic that the calendar pages do not fall in vain.

The match was closed when Milan desperately turned to the attack for subversion.

Instead of keeping back, the Atalanta went out to defend itself in the central circle in outbursts that seem like adventures but that Gasperini has been exercising for years.

This is how Toloi and Romero advanced ahead of the line of their own means, stole a ball and charged with Zapata on the terrified defense that Kjaer led.

The Argentine center-back led the ball to the exact point, and measuring the unchecking of his own and the hesitation of others he sent the pass to Zapata.

Like almost all Atalanta goals, it was a great group work and the confirmation of a dance.

Seven times the visiting team threw between the three sticks without finding more response than two shots on Gollini's goal.

Inter's draw in Udine (0-0) deprived Antonio Conte's team of sneaking through the gap.

The leadership continues to be Milan.

But the team that plays the best in Italy is Atalanta. 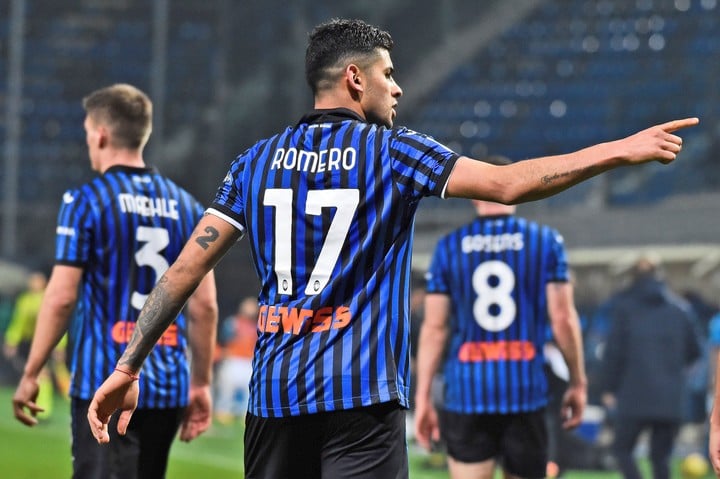 Cristian Romero, the Argentine promise included among the best Sub 23 in the world 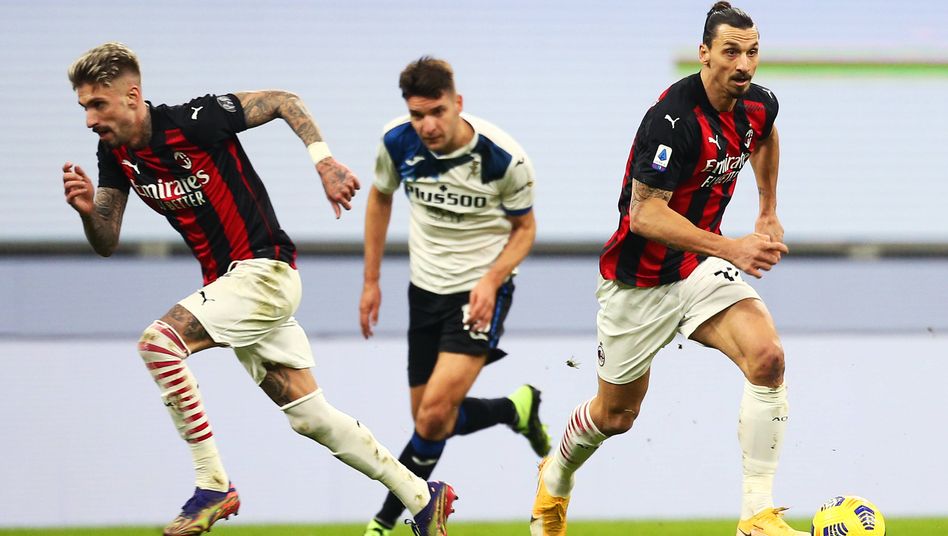 Serie A: AC Milan lose to Atalanta, but are first round champions 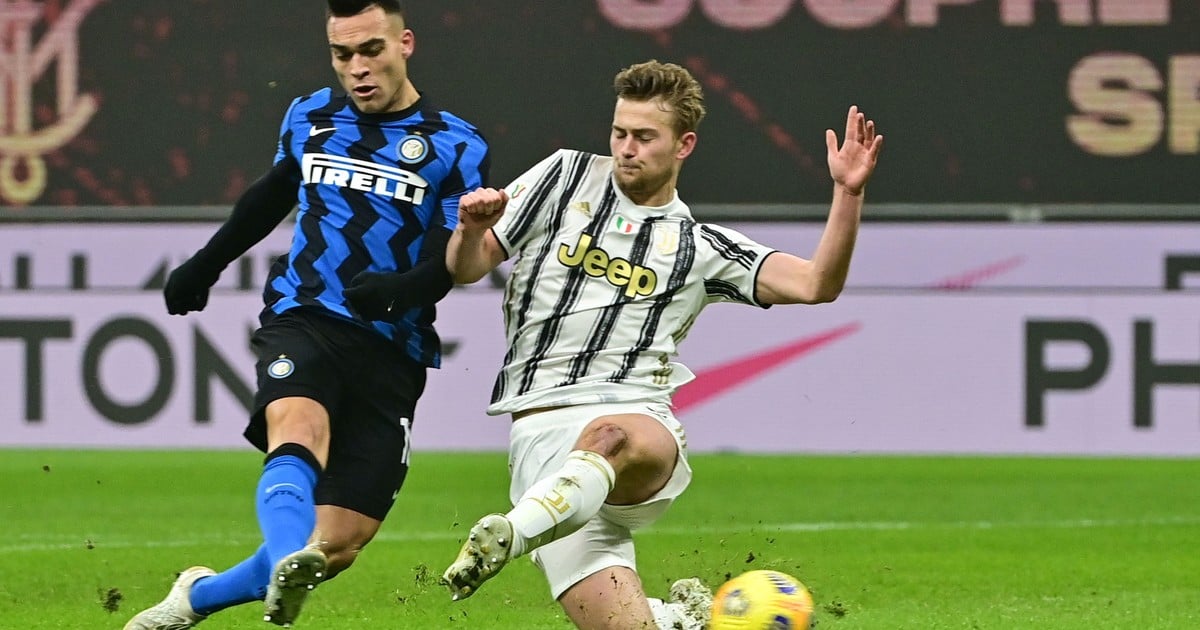 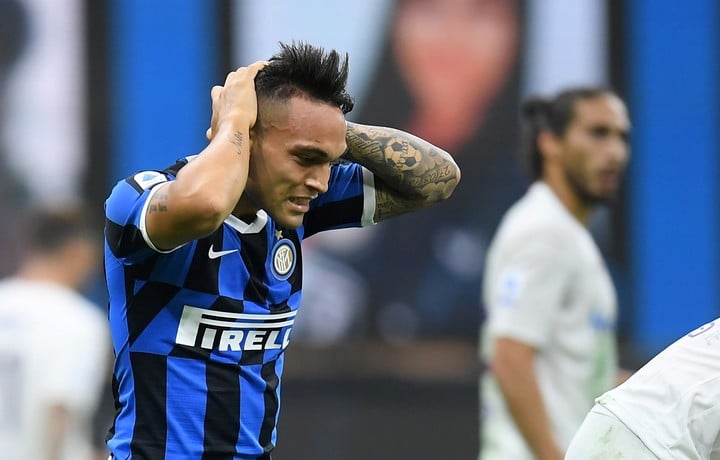 Genoa - Inter, minute by minute: Lautaro Martínez from the start 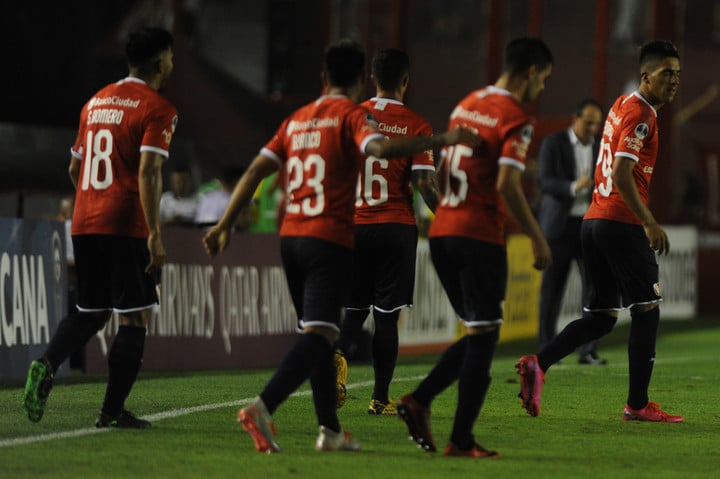 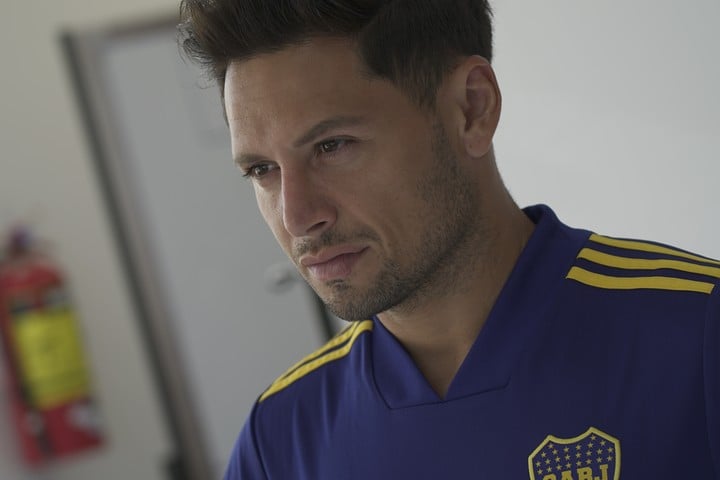 Pass market: club by club, how are the Argentine soccer teams in a pandemic 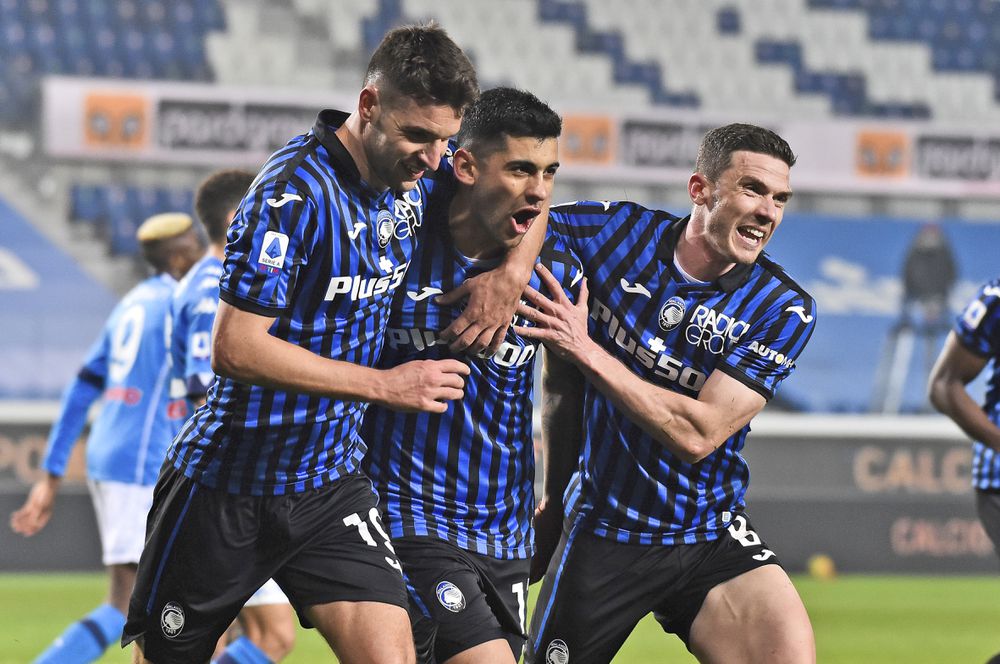 Cristian Romero: "Our system is to make the rival play badly" 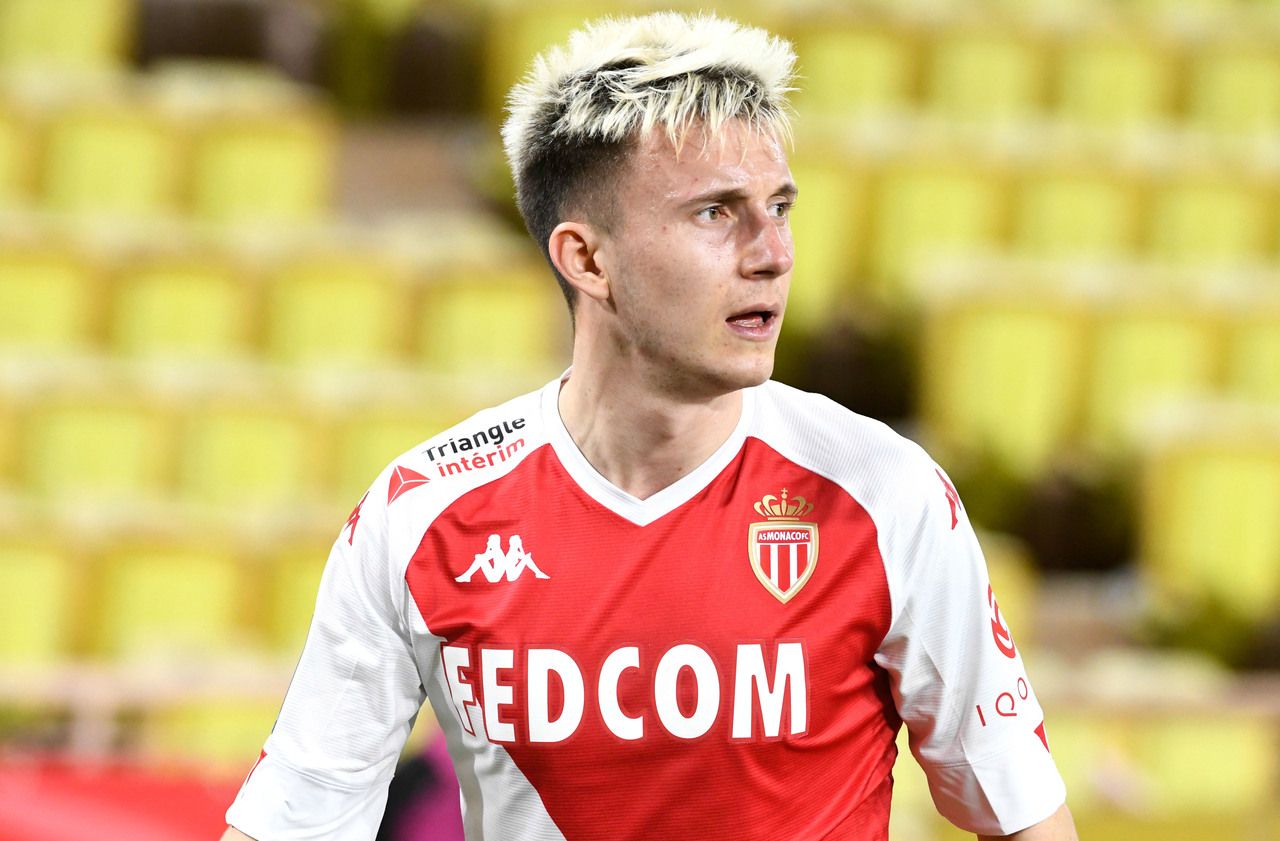 Monaco-Brest: Golovin, so strong, so fragile Horror falls in the Super-G: the driver hits the safety fence headfirst - helicopter in action twice 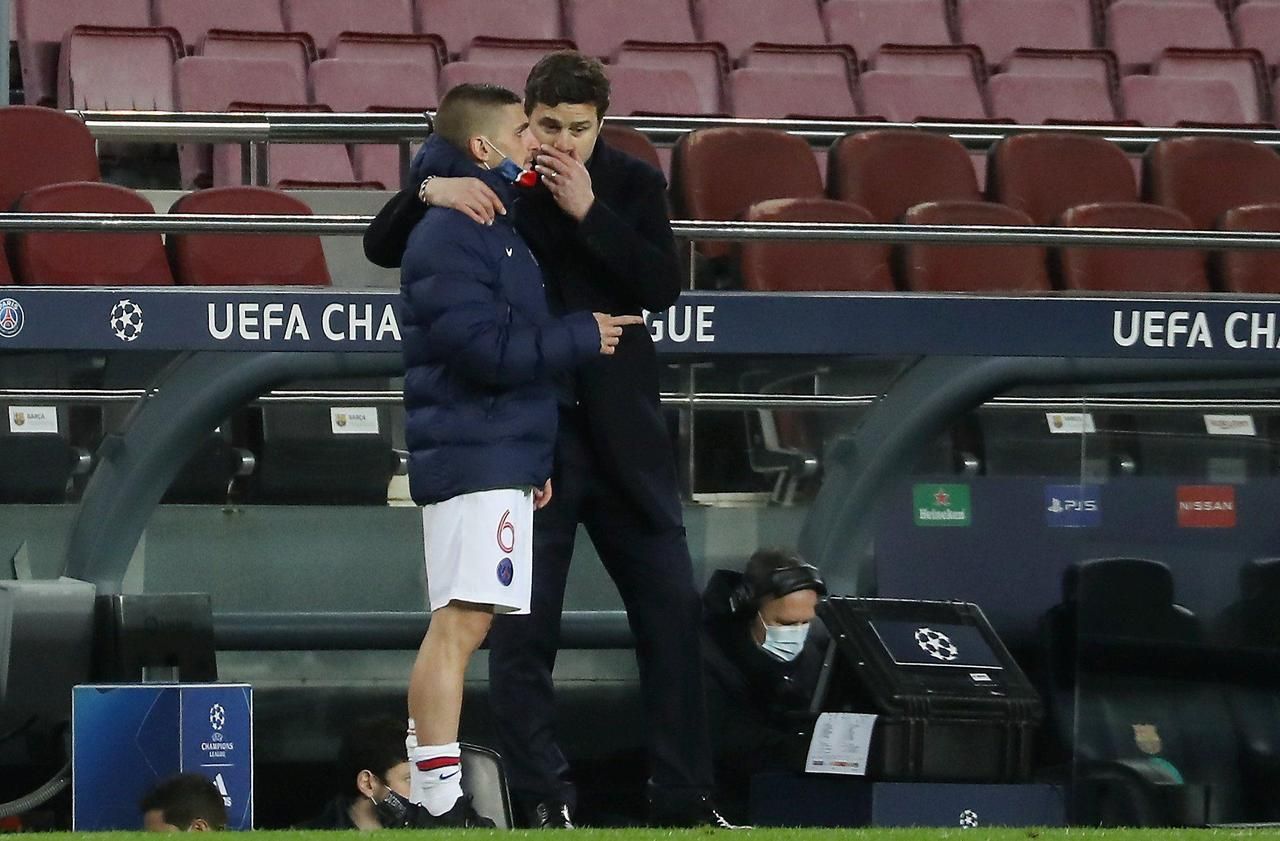 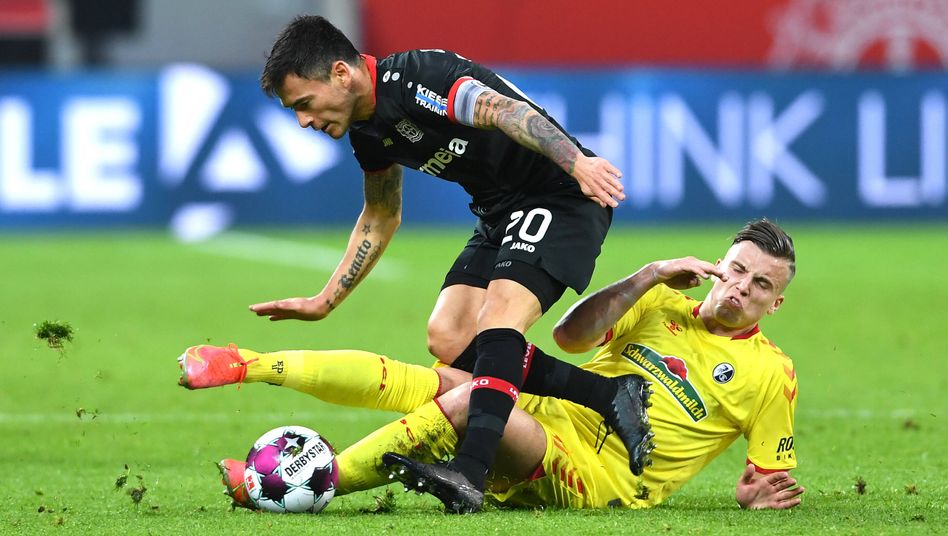 Bundesliga: Leverkusen's crisis worsens due to the bankruptcy against Freiburg 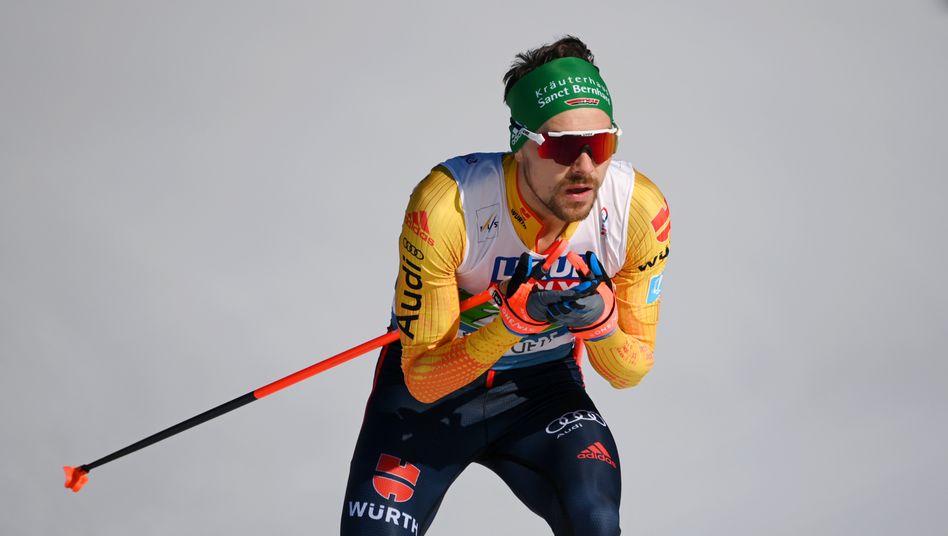