The Greek tennis player is ready for the Australian Championship semi-final against his opponent with whom he has almost quarreled on the court in the past. Medvedev: "He has improved greatly physically"

Stefanos Tsitsipas: "I may have said before that Danil Medvedev plays boring"

The Greek tennis player is ready for the Australian Championship semi-final against his opponent with whom he has almost quarreled on the court in the past.

Medvedev: "He has improved greatly physically"

Ready for a serious battle.

Greek Stefanos Tsitsipas recorded one of the greatest achievements of his career, if not the greatest of them, when he managed to come back from a two-set deficit to win against Rafael Nadal on the way to the semi-finals.

Now it continues to be very difficult and in the big four stage expects the Greek Daniel Medvedev, who defeated 5: 7, 3: 6, 2: 6 over Andrei Rublev and is again in excellent shape.

The prize for the winner is a date with Novak Djokovic on Sunday.

Will he recover the success from the victory against Nadal?

The Russian, who is ranked fourth in the tournament, loves to play against Tsitsipas (5) and has beaten him in five of the six meetings held between the two so far, except for the last match, which was held in the home stage of the 2019 Round of the Championship final.

Although the Russian has a very good balance against Tsitsipas, all the games between them were quite close and especially remember the first meeting between the two in the Masters tournament in Miami 2018 which almost degenerated into a physical confrontation.

Medvedev claimed that Tsitsipas told him at the time "shitty Russian."

For Medvedev this will be his third appearance in the Grand Slam semi-final after in 2019 he managed to reach the United States Championship final and last year was stopped in New York just at that point.

Also for Tsitsipas this will be their third appearance in the semi-finals of the Grand Slam after reaching this stage at the Australian Championships in 2019 and last year at Roland Garros.

"I think he has improved a lot physically compared to what he was in the past," Medvedev said of Tsitsipas. "I think it's very difficult to play five sets against him."

Tsitsipas said: "It will be a difficult task, he is in good shape, playing good tennis. I may have said before that he plays boring, but I do not think he plays boring, he plays very smart. I have to be very careful against him."

Tsitsipas was excited: "I flew like a bird on the field. I have no words" - Walla! sport 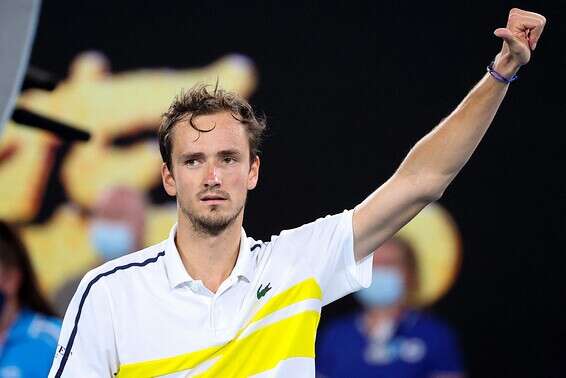 Medvedev-Tsitsipas, the chess player and the fire-eater, explosive duel in Melbourne

After a mad upheaval: Rafael Nadal eliminated from the Australian Championship Israel today 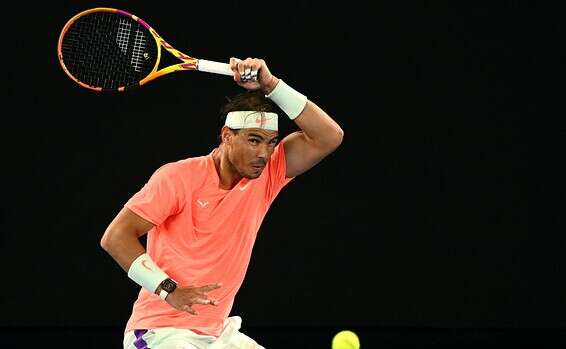 Australia: Nadal in the Round of 16 Israel today