The fan teams of Hapoel Jerusalem and Nordia can meet Betar Jerusalem for the first time. A game in the cup as well? A draw in the quarterfinals at 16:05

Third in the State Cup raffle: a historic Jerusalem derby?

The fan teams of Hapoel Jerusalem and Nordia can meet Betar Jerusalem for the first time. A game in the cup as well? A draw in the quarterfinals at 16:05

After only one surprise in the eighth round, the eighth finals of the State Cup will be held tomorrow (Tuesday, 16:05) at the offices of the Football Association.

The next stage games are scheduled for March 16-17, the quarterfinals on April 20-22, the semi-finals in Bloomfield on May 11-13 and the finals are scheduled to take place at the Haifa Stadium on May 26-30.

For Hapoel Jerusalem (in its incarnation as a fan group), Betar Nordia and Hapoel Kfar Shalem, this is a historic performance in the quarterfinals.

Maccabi Tel Aviv advanced to the quarterfinals of the cup with a hard 0: 1 over Hapoel Beer Sheva

Signed the only surprise in the eighth round.

Participants in the lottery

Maccabi Tel Aviv vs. Maccabi Haifa on Saturday: The dates of the first round have been announced - Walla! sport

Maccabi Tel Aviv vs. Hapoel Jerusalem in the third round: The game schedule has been published - Walla! Sport

Premier League: All the changes of the transfer window, summer 2021, until it closes - Walla! sport 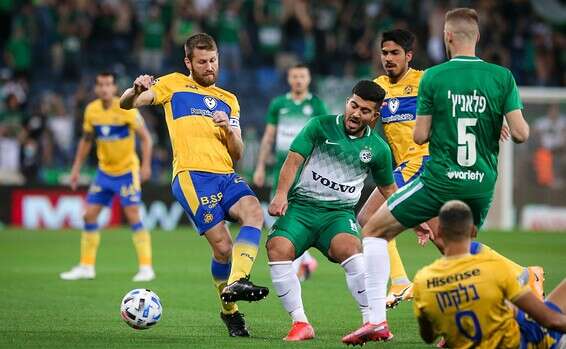