Luis Suárez from Atlético Madrid: No player draws more strength from the feeling of being treated unfairly

Luis Suárez was sorted out as a pawn sacrifice in Barcelona. At Atlético Madrid, the 34-year-old shows that he is still a world-class striker. Injured pride drives him against Chelsea in the Champions League. 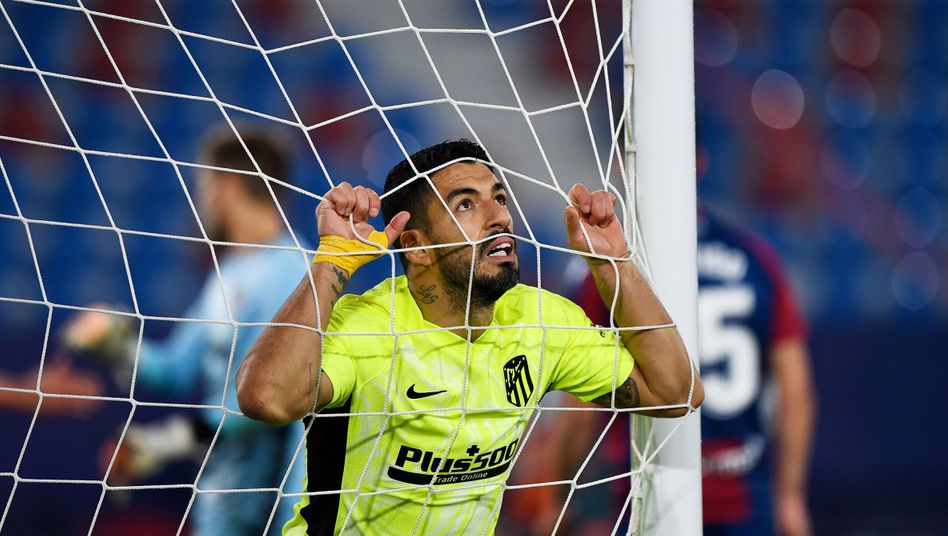 He finds the net: Luis Suárez has already scored 16 times for Atlético this season

This is the life of a striker: sometimes everyone goes in, then suddenly nobody else.

Luis Suárez has known this from 16 years of experience, and so the recent change can probably shock him the least.

After seven goals in four games, he has missed the last three games of his club Atlético Madrid.

The only problem is: If he doesn't score, then too often no one else at Atlético does either.

Before today's Champions League home game against Thomas Tuchels FC Chelsea (kick-off at 9 p.m., live on DAZN) in, of course, Bucharest, Atlético is in the first earnings crisis of the season.

The Spanish league leaders dropped eight points in two weeks - as many as in four months before.

For the first time in the nine-year tenure of coach Diego Simeone, the defensive artists conceded at least one goal in seven league games in a row;

meanwhile, 28 shots on goal were unsuccessful in the 2-0 draw against the Levante mid-range team on Saturday.

The bottom line is that there are suddenly only three points ahead of the top of the table instead of eleven points.

Tuchel expects "fight, experience and a strong mentality" from an opponent who eliminated the highly favored Liverpool in the previous season in the last round of the European Cup according to the classic pattern - spectators in the return leg.

And since then he has just strengthened with Suárez, 442 goals in 671 club games, top scorer with Ajax in Holland, Liverpool in England, Barcelona in Spain.

“What a player,” said Tuchel, “what a mentality”.

A promise in every ball

In a way, what belongs together has come together: the ultra-competitive Simeone from the Argentine side of the Río de la Plata and the equally tireless Suarez from the eastern bank of the Uruguay.

At 34, Suárez saw a promise in every ball and a provocation in every duel.

He is a perfect agitator who, despite occasional gross motor skills, is also a rarely complete attacker.

His liaison with Atlético was not predetermined, because he played for league rivals Barcelona and actually never wanted to leave.

After all, it was the city he had adored since his childhood friend - and today's wife - Sofía and her parents moved there;

the club that had bet on him after his 2014 World Cup bite with 80 million transfer fees;

the club in which he found his friend Lionel Messi and became the world's best strike partner.

Luis Suárez on his departure from FC Barcelona

But this club wanted him to leave: as a sacrifice that was visible on all sides after the disastrous 8-2 win against FC Bayern.

Before he could really believe it, Suárez was in the market.

He almost landed at Juventus, through naturalization through a fake language test at the University of Perugia, which the authorities are investigating further.

Tuchel's club at the time, Paris St. Germain, also offered itself, as the coach said on Monday: “Who would not be interested in one of the world's best strikers, past and present?

We tried our luck, but he decided to stay in Spain. "

First place in the top scorer list - with Messi

There are various representations of the exchange conditions, but the sums involved are comparatively symbolic, and so it can justifiably be said that gates have rarely been so cheap.

He has already scored 16 this season, number one in the Spanish goalscorer list on par with his buddy Messi - with much greater efficiency.

Almost every third Suarez shot lands in the goal.

"With all my pride, I said to myself that I would show what I was worth," Suárez told "France Football" these days.

No player draws so much strength from the feeling of having been treated unfairly: That was already the case in the post-bite season, which he began as a pariah who was banned for months and ended as a triumphant triple winner.

Lately - life beyond Messi also has its advantages - he has even shone as a free-kick taker.

On Saturday against Levante, for example, he showed a wonderful attempt from almost 30 meters, but the goalkeeper steered the ball with his fingertips against the post.

Atlético ran up to it without luck, but at least it ran: Compared to before, it can generate more pressure offensively because the team is higher overall.

That too is a consequence of Suarez, as Simeone pointed out early in the season.

This is, especially at his age, not a counter-attacker in the room: "He needs teammates close to him," said Simeone.

Atlético got involved with Suárez like no other player before.

Because of his sensitive knee, he was freed from the notorious drills of the fitness trainer Óscar "El Profe" Ortega.

He also doesn't have to plow back as unconditionally as Antoine Griezmann or Diego Costa once did.

He pays back with the most precious currency in football - especially at Atlético.

Only in the Champions League has he not yet scored for his new club.

In this respect, Suárez continues his story from Barcelona: There he only scored eight goals in his last 35 Champions League games, a rate well below the usual level, which only encouraged internal and external critics to cast off.

“What bothered me most was that they said I was too old for the top level,” says Suárez.

Atlético are still clearly ahead of Barcelona in the championship.

But European exploits would really sweeten the revenge.

In his contract he had a clause incorporated, according to which he can terminate in the summer.

Luis Suárez never wants to let others decide when it's over for him again.

Luis Suárez from Atlético Madrid: No player draws more strength from the feeling of being treated unfairly

Llorente and Suárez avoid the collapse of Atlético 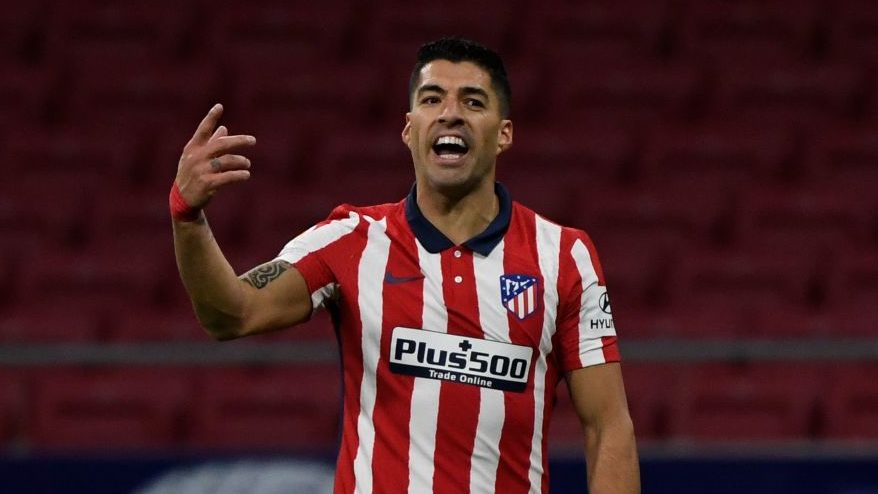 Luis Suárez returned to the field and hugged his family João Félix, once again the scourge of Simeone 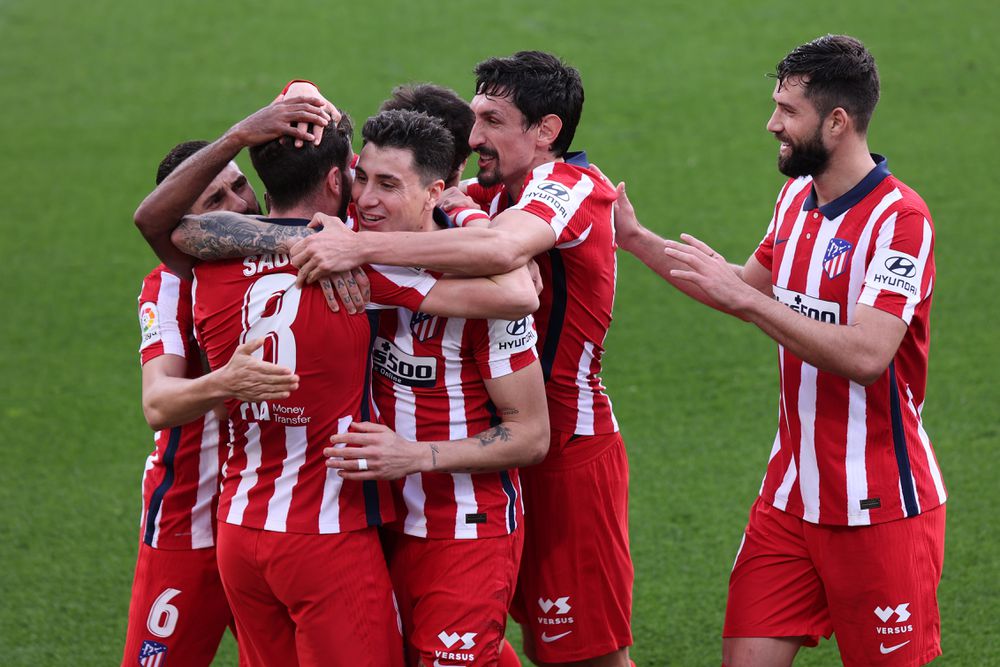 Atlético: 50 points so equal and so different 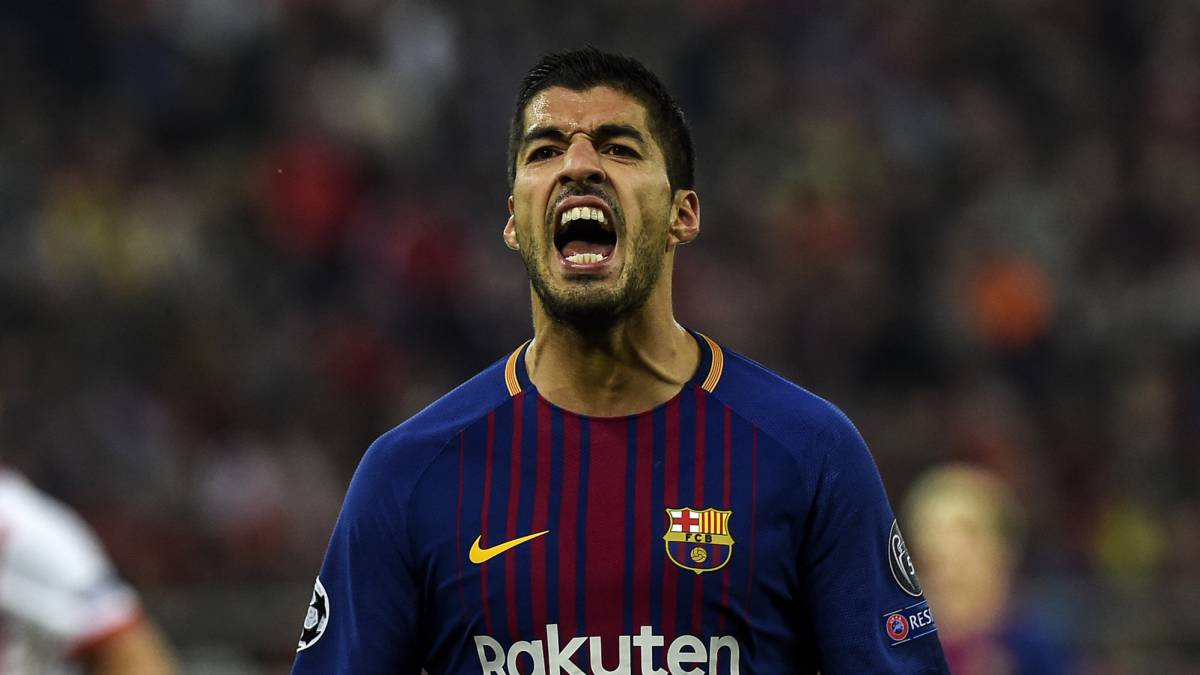 The economic keys to the signing of Luis Suárez 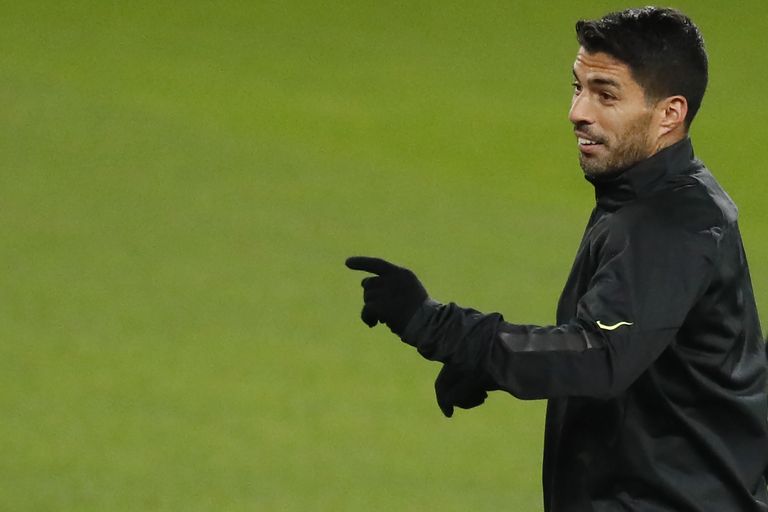 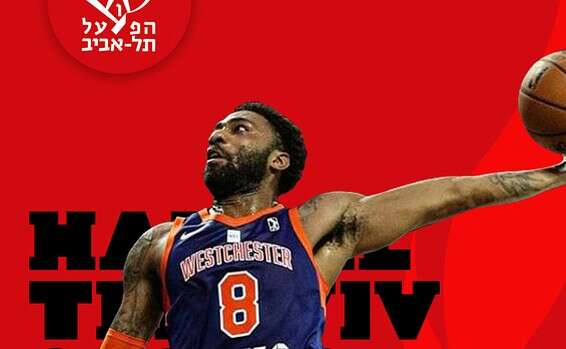 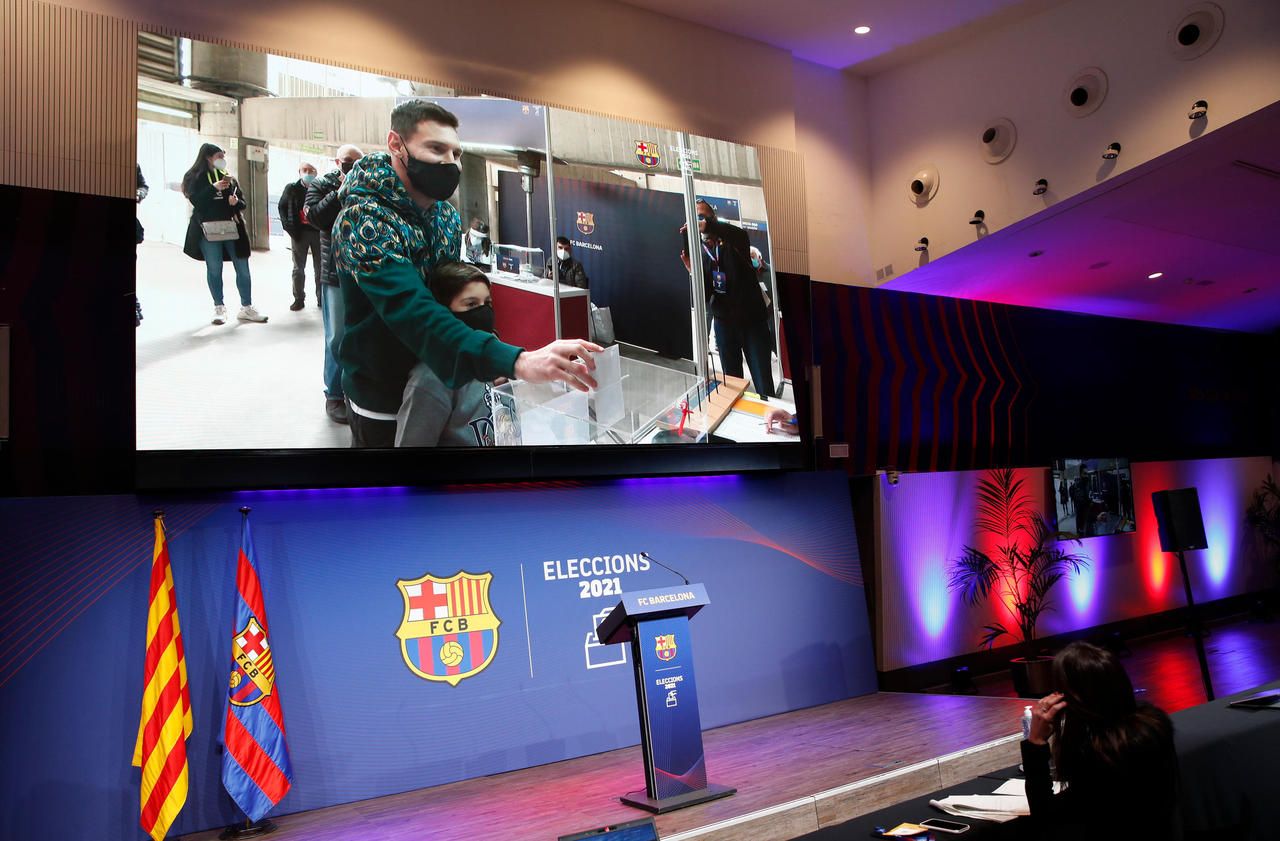 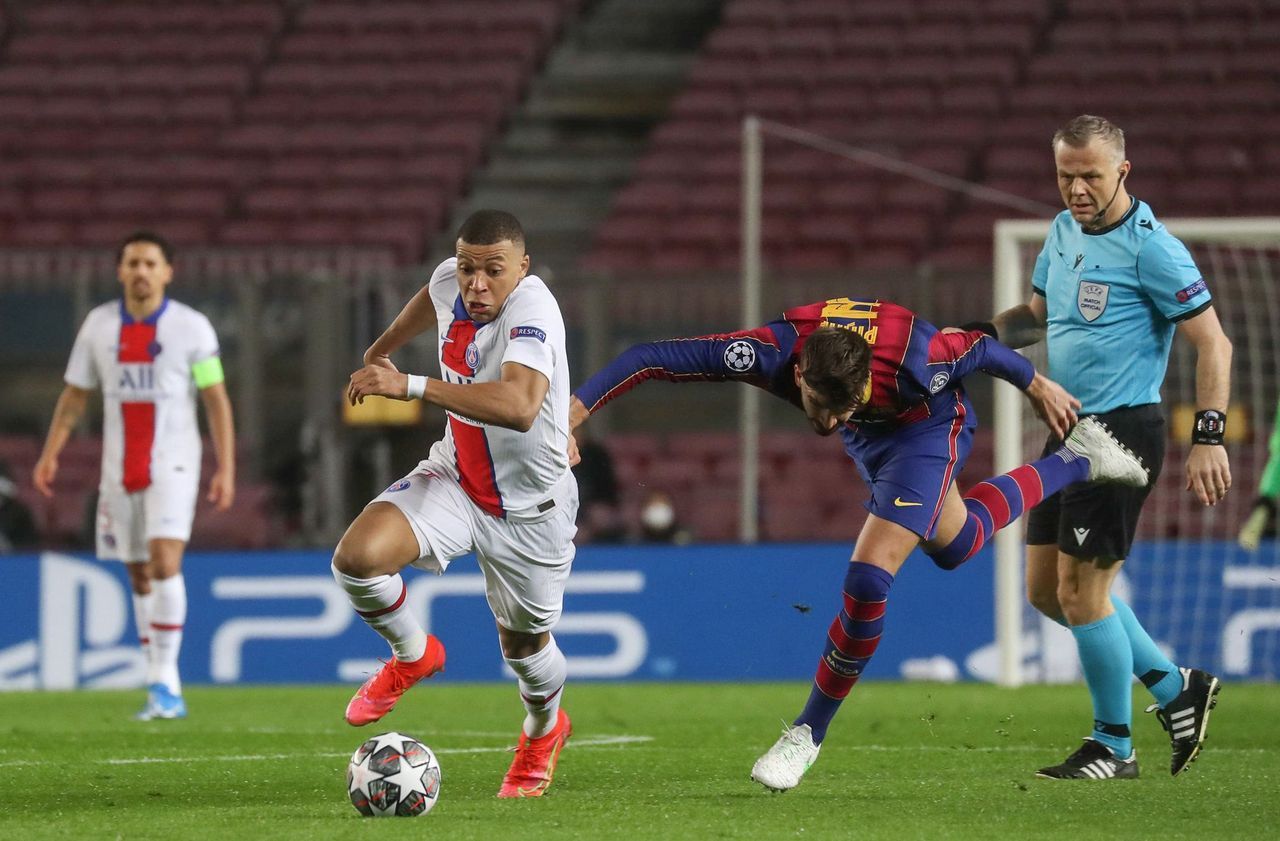