Women: The leader defeated the champion, a rare show by Jenny Sims in Ramat Hasharon

The postponed 8th round of the Women's Premier League was held tonight (Thursday) and in the main game, Hapoel Petah Tikva defeated the Herzliya girls 62:64 away.

The leader Elitzur Ramla returned to the winning track with 63:69 over the champion Ramat Gan, Maccabi Raanana broke the losing streak with 89:96 over Hapoel Rishon Lezion, Ramat Hasharon stopped Maccabi Ashdod with 73:80 and Elitzur Holon defeated Maccabi Haifa 66:76 away. .

The simplest, most worthwhile: an excellent comic costume in 5 easy steps

overcame her debut loss and returned to the winning track thanks to a good run in the third quarter, during which she also gained a double-digit advantage.

Eden Rotberg shrank to just three points with a minute and a half left, but Alex Cohen and Tiffany Mitchell who were the leading scorer (19) made sure to close the deal.

Kayla Hillsman was the standout in Ramat Gan with 17 points and 14 rebounds.

hosts managed to come back in the last quarter with 8:19, but that was not enough to turn the score around and important baskets by Daniel Hadad and Jocelyn Willobi arranged a victory for Petah Tikva in the battle for the playoffs.

Willoughby led the winner with 20 points and Kristin Simon assisted her with 13 and 18 rebounds, while on the other hand Pollard Naja stood out with 20 and 10 and also Victoria McCauley with 16 and 16.

Picked up 18 rebounds in the victory of Hapoel Petah Tikva.

winning streak of Ashdod was interrupted by the host, even though it appeared with only two foreigners.

Ramat Hasharon won mainly thanks to a rare performance by Jenny Sims, who provided 29 points, 18 rebounds, 9 assists and 50 index points.

Shelly Sirkis and Miriam Hanun assisted her with 13 each.

Alexis Peterson led Ashdod with 25 and Daniel Adams starred under the baskets as usual with 22 and 15 rebounds. 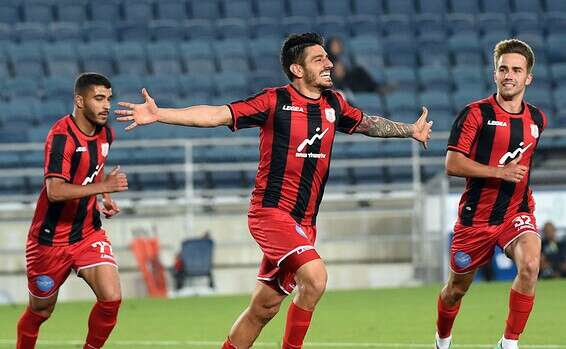 Watch the live broadcast: Vicky Peretz is brought to rest at this time - Walla! sport

Bypass the airplane: Eran Zehavi has become the Israeli goal scorer of all time - Walla! sport