Borussia Mönchengladbach did well in the Champions League against the outstanding Manchester City. The performance cannot distract from the team's problems. 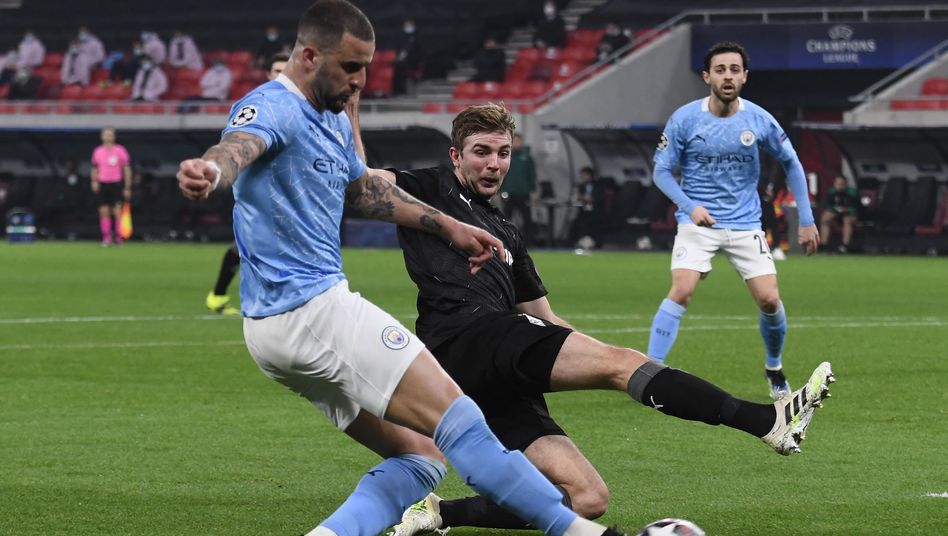 Christoph Kramer was unlucky before the 0-1

Once, it was the 26th minute, Marco Rose could be heard clearly over the outside microphones.

"Bravo, guys," said the coach of Borussia Mönchengladbach and again: "Bravo, guys." The opposing goalkeeper had shot the ball out of the sideline shortly before, two Gladbachers had started the City-Keeper early and thus they had failed at Edersons Pass helped a little.

However, it was also one of the very few actions in which Gladbach appeared in the Manchester City penalty area.

The Bundesliga had to enjoy the smaller things in the first leg of the Champions League that evening.

A bad pass from Ederson, a single really dangerous shot on goal that Hannes Wolf fired in the third minute of stoppage time.

City coach Pep Guardiola said later that Gladbach was always able to score, but that sounded a bit exaggerated after the 90 minutes.

Gladbach didn't play badly, only the opponent was a size too big that evening.

Games against Manchester City are currently one of the toughest tests, and how tough it is, Borussia now also felt it at 0: 2 (0: 1).

"We chalked up a lot," said Gladbach's Florian Neuhaus later on the TV stream on Dazn, and City's Bernardo Silva concluded: "We controlled the pace."

One team fought as best they could, the other dominated the game.

One team last lost in the Bundesliga against Mainz 05 and 1. FC Köln, the other is currently overtaking its opponents and is perhaps

City's success against the Bundesliga club was the 19th competitive game win in a row, Guardiola's team has been unbeaten in 26 games, only conceding seven goals during this time.

In the English league, the leaders are ten points ahead.

The second leg against Gladbach is still pending (March 16), but the chances are good that City will advance and make it far in the premier class.

How good this Manchester City is, that was clear from the two goals alone.

Both emerged from the half-field after flanks.

The omnipresent João Cancelo prepared the headball goal to make it 1-0 by the smallest man on the field, Bernardo Silva, he measures 1.73 meters, with a perfect cross.

A cross from Cancelo also played a part in the 2-0 win through Gabriel Jesus.

Neuhaus and Lars Stindl said after the game that they had discussed this pattern and had been prepared for the flanks.

The fact that City was able to strike twice like this also illustrates the difference in quality between the two teams.

"Sometimes you can't defend everything for more than 90 minutes," said Neuhaus.

For Gladbach, this duel was the first knockout round match in the most important European club competition in 43 years.

You can well imagine what would have been going on in the Lower Rhine these days without a pandemic - instead, the Gladbach home game took place in front of empty ranks in Budapest, which has now been established as a Corona alternative location.

In addition, there was anger about coach Rose, who will leave Borussia for Dortmund in the summer.

His move became known last week, and then it was said that the outgoing coach and team had piqued a lot about it.

“It's extremely annoying when such lies are spread.

Without a single line being correct, ”said Jonas Hofmann in the podcast“ kicker meets Dazn ”.

In any case, the duel against City offered no reason to doubt Hofmann's statements.

Gladbach made it as difficult for the opponent as possible, there were hardly any real chances to score, only the smallest dropouts are sometimes enough at this level, seconds before the 0: 1 Christoph Kramer had made a bad pass in the game structure.

In the end, the defeat was neither a broken neck nor a break in the air for Borussia, which was last in crisis.

Is only available with three goals this season in the Bundesliga: Marcus Thuram, here in a duel against Ilkay Gündogan

The benchmark for Borussia Mönchengladbach is not Manchester City either.

On good days, Borussia is more at eye level with RB Leipzig or Borussia Dortmund, Gladbach has already won against both teams this season - and they are the next opponents.

Leipzig is waiting in the Bundesliga on Saturday, after which Rose will meet his future employer in the DFB Cup quarter-finals.

These games decide whether this season can still be a successful season.

Gladbach has picked up five points from five second round games and slipped to eighth place.

That also has to do with the strikers' weak phase.

In the previous season, Alassane Pléa, Marcus Thuram and Breel Embolo together scored 28 Bundesliga goals for Borussia, this season there are only nine.

All three recently had to struggle with their own problems: Pléa became infected with the corona virus in November, Thuram was banned for weeks after a spitting attack and Embolo is said to have violated corona rules at the end of January, he had to be temporarily in isolation.

Gladbach needs your goals to attack the international places in the Bundesliga.

Thuram was allowed to play against City from the 63rd minute.

Coach Rose tried to increase the pressure with him, but only two minutes later the English extended their lead.

Thuram couldn't help the 2-0, but conceding a goal like this shortly after being substituted on doesn't boost self-confidence either. 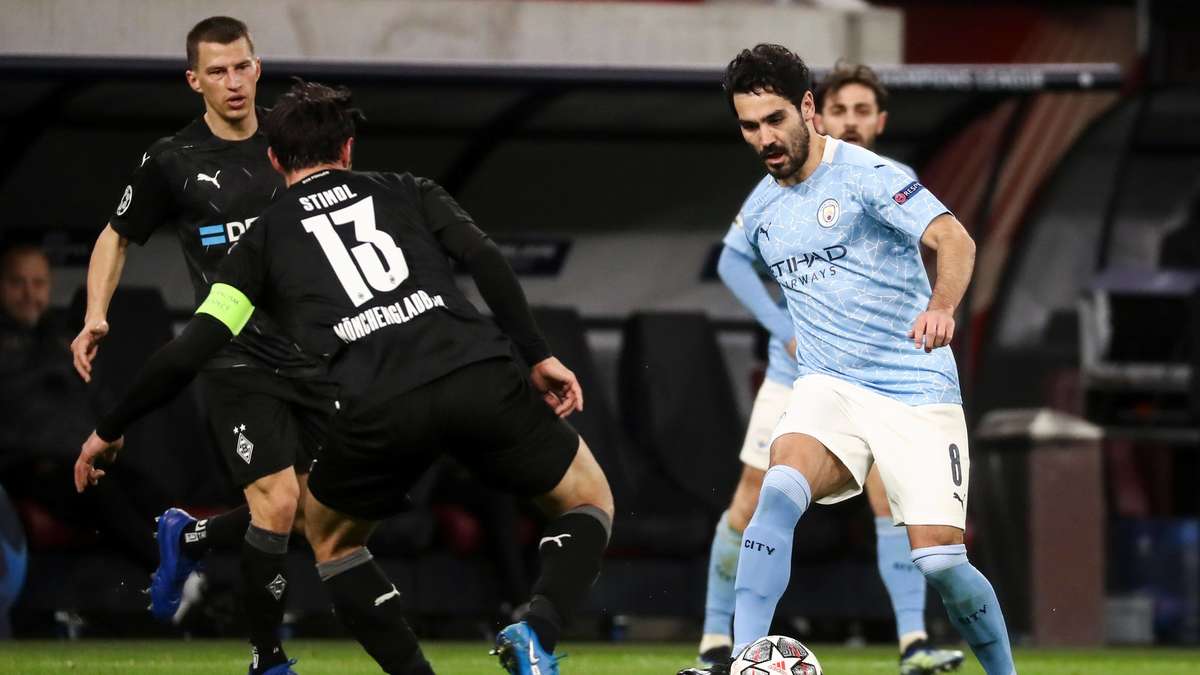 Gladbach against Manchester City in the live ticker: Foals need a miracle against Guardiola's star troop

Gladbach against Manchester City in the live ticker: venue relocated due to Corona - Borussia needs a little miracle 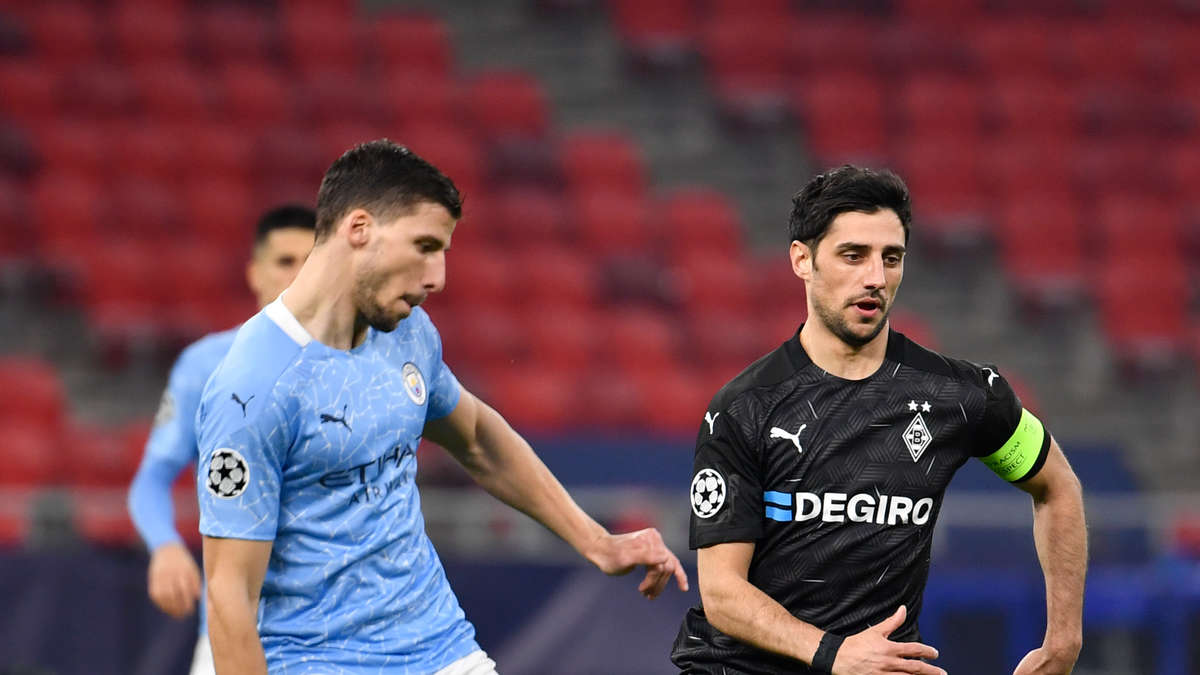 With the help of Benfica's 1994 yearbook: Manchester City is approaching a European record - Walla! sport