FC Bayern can no longer afford to slip up in the Bundesliga. 1. FC Köln will be visiting on Saturday. The live ticker.

FC Bayern can no longer afford to slip up in the Bundesliga.

1. FC Köln will be visiting on Saturday.

Munich - After the gala in the Champions League, Bayern * is back to gray Bundesliga * everyday life.

FC Bayern presented themselves from their best side again in the 4-1 at Lazio Rome in the premier class.

When the anthem of the Champions League sounds, the six-pack winners * are regularly in top form.

In the Bundesliga, Bayern often show a different face.

First there was only one draw in the snowstorm against newly promoted Bielefeld and most recently a bitter defeat in Frankfurt.

Against relegation candidate Cologne, the record champions must now manage the balancing act between running shows on a large international stage and bread-and-butter business in the league.

It is high time, because the aspiring Leipzigers are revolting.

FC Bayern are only two points ahead of Saxony.

FC Bayern against Cologne in the live ticker: can the record champions only beat themselves?

Hansi Flick * does not want to make any apologies before the game against Cologne.

“We go from game to game.

We stuck to the plan with discipline against Lazio.

We want to build on that against Cologne, I can feel the will, ”said the Bayern coach at the matchday press conference * on Friday.

After the slip-ups in the league, you might think Bayern can only beat themselves on the way to the ninth championship in a row.

The 55-year-old sees it differently and praises it: “I have to give the team a huge compliment.

The mentality is outstanding.

I don't see us as opponents.

The team has exactly the attitude that you need to play a good season. ”Against Cologne, Flick can also fall back on Thomas Müller, who has ended the corona quarantine, and Serge Gnabry.

FC Bayern against Cologne in the live ticker: Lewandowski is better than Cologne

With the Cologne team, a clear favorite opponent comes to Munich.

From the last 13 Bundesliga games against FCB, the Domstadt team could only take one point.

There is no other Bundesliga club that the Rhinelanders are currently waiting for a win as long as they did against Bayern.

It is the 100th competitive duel between the two clubs.

Cologne is currently not bursting with self-confidence and is only three points ahead of relegation relegation place.

After the derby win in Mönchengladbach, the Effzeh lost in Frankfurt and against Stuttgart without scoring a goal.

The offensive is the billy goats big problem, so far only 20 goals have been scored. 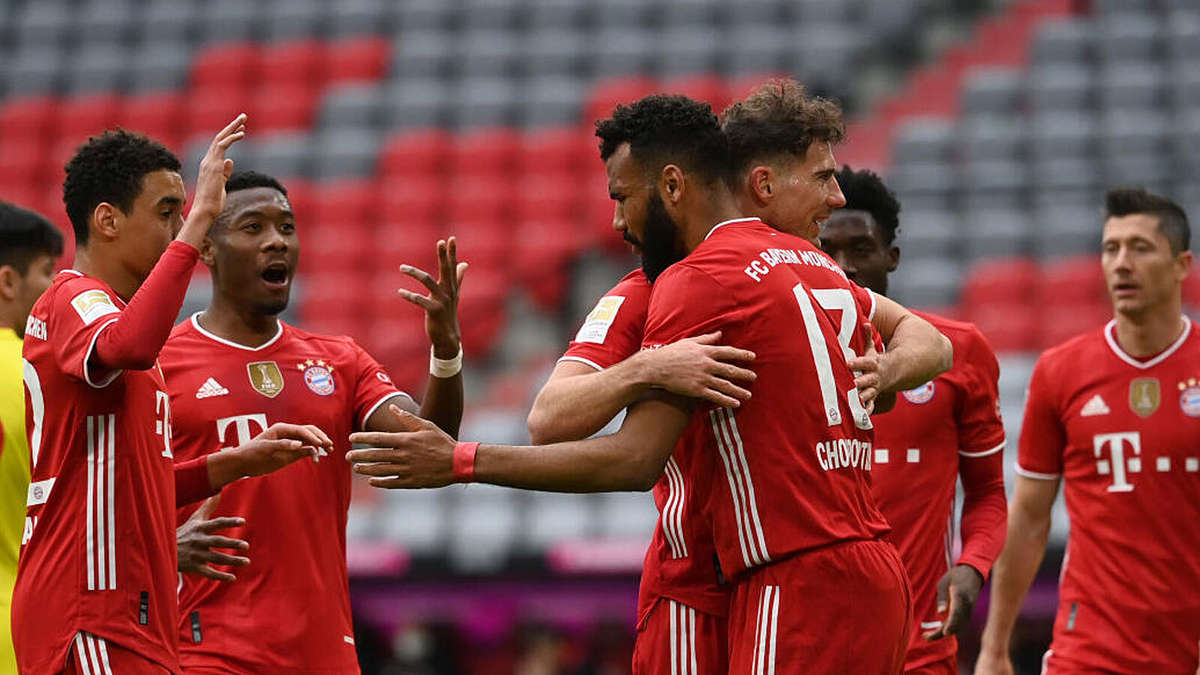 Bayern-PK with Hansi Flick in the live ticker - Big job sites! But there is also good news

Crisis? Are you kidding me? Are you serious when you say that! FC Bayern with gala halftime at Lazio - Youngster towers above

FC Bayern in Rome today in the live ticker: Flick-Elf is threatened - and it's not just Lazio