From defender to national goalkeeper

Erding / Providence - Born in Freising, she started out as a field player at TSV Erding.

When there was no goalkeeper available in the school team, she simply stood between the posts, and the “temporary job” became a calling.

The 22-year-old is now in the United States at Team Providence College and is part of the expanded German Olympic squad for 2022 in Beijing.

Sandra Abstreiter grew up with her family in Hallbergmoos before they soon moved to Erding.

Sandra and her two years older brother Andreas discovered their love for ice hockey at an early age, completed running school with Franz Steer and coached the Erdinger ice hockey legend Hans Huber for the youngest and younger students.

Sandra Abstreiter played in defense at the time and felt comfortable in this position.

The pupils were initially coached by Robert Steinmann, then Markus Knallinger, who suddenly had to complain about a goalkeeping emergency after a few players left.

Only Jonas Steinmann was still available, but from time to time he had to play up to the youth because there weren't enough goalkeepers available.

One year below, Moritz Schubert stood between the posts.

The beginning: Sandra Abstreiter as Bambini in the TSV Erding jersey.

At that time she was a field player.

“Matthias Kreuzer, who was the youth leader at the time, then asked me if I wanted to go in,” says Sandra Abstreiter.

The question didn't come on a whim.

"We girls always waited for our brothers to finish training, and in the meantime we played street hockey behind the hall and nobody wanted to go in, so I always went in," she remembers.

And apparently made an impression.

Together with Robert Steinmann, the decision was then made that she would now also go into goal in ice hockey.

As a “first gift” she got the old equipment from Viona Harrer, who was a first-class support in the goal of the Gladiators at the time, “and which also trained a lot with us goalkeepers - that was really good,” remembers Sandra Abstreiter.

Every now and then she played as an outfield player for the rest of the season, depending on where she was needed.

“But goalkeeper was just more fun, so when I was 16 I decided to only be a goalkeeper.” Despite the advice of the young national coach, who told her during a Bayern selection course that the competition in goal was simply too great.

“But at some point I was actually in the goal of the U18 national team,” recalls the Erdinger laughing.

A big turning point in Sandra Abstreiter's life followed in the summer of 2016.

She graduated from the Korbinian-Aigner-Gymnasium and flew to a training camp in Canada that same summer.

Her two years younger TSV teammate Tabea Botthof (she now plays in the NCAA for Yale University) had persuaded her to do so.

Among the audience was one of the Providence College coaches who said she had potential and offered her a scholarship.

“Then within two weeks I decided that I would go to America,” says the 22-year-old.

First the way led to Canada, to the HTI-Stars, a hockey academy only for girls.

Curious story by the way: The President of the Academy is Evgeni "Janya" Feldman.

The 45-year-old, who has Israeli and Russian citizenship, played eight games for ESC Dorfen in the Bavarian League in the 1998/99 season, scoring five goals.

“He once told us that he had already played for Dorfen,” recalls Abstreiter.

Two months later, the trainer from Providence got in touch and invited Erdinger to an "official visit".

Ice hockey players are flown in at college expense and they are shown everything about college and ice hockey.

Sandra Abstreiter was offered a full scholarship from 2018.

But she should come in 2017 and complete a so-called “Red Shirt Year”.

“You're there everywhere, but you're not on the official squad list,” she explains.

The reason why it was "parked" for a year: "You can only officially play at college for four years, and the age was just better a year later." Providence College, about an hour's drive from Boston, Sandra Abstreiter, the only German on the ice hockey team, knows, along with numerous Americans and a Swede, has a very good reputation and is around tenth place in the women's ice hockey rankings nationwide.

Confident: Sandra Abstreiter today at the age of 22.

2018/19 was the first official season for Erdinger in the goal of Providence College in the NCAA, "but I was only allowed to play twice," she says.

In the following year she made 21 appearances, "and in the 2020/21 season I have played all the games so far," she proudly reports.

And she also received a special award, as she was voted “Goalkeeper of the Month” in the NCAA for November and December.

The laudation said, among other things, that Sandra Abstreiter has saved a total of 207 shots (saves) in the season so far, 87 out of 90 in the four December encounters alone.

In addition, this season at the time of the award she had the most wins of all NCAA goalkeepers so far, with an average of 1.24 per game.

She is also nominated as goalkeeper of the year.

Your current catch quota (save percentage) in the current season is 92.8 percent.

There is hardly any free time at college.

"We only have one time off a week, so we're mostly on the beach, which is only around 20 minutes away." Otherwise, it means daily ice training and weight room, plus goalkeeper training, plus video analyzes with the team and individually.

There are holidays or semester breaks twice a year, "two weeks in winter and around three months in summer, so I'm mostly at home," says Sandra Abstreiter.

Because of Corona, this was not possible in the end.

Incidentally, although she lives near Boston, she has never seen an NHL game live there, "just one in Montreal".

In goal for Germany: Sandra Abstreiter is part of the national team's senior squad.

This year, the 22-year-old is taking her bachelor's degree, and next year - the last at college - the master's in management will follow.

“I actually didn't have any of that on my screen,” says the 22-year-old with a laugh.

"But I like finances and economics, and I think, because I graduated in English, that I should be able to find a job there - preferably in Germany, of course."

And as far as her ice hockey career is concerned, Sandra Abstreiter hopes “that I will continue to be part of the senior squad”.

If that is the case, she has two specific goals in her sights: "This year, the World Cup in Canada in May and next year the Olympics in Beijing, although we still have to qualify." Team Germany will be there, then there should be no doubt that they - at least when it comes to ice hockey - did everything right. 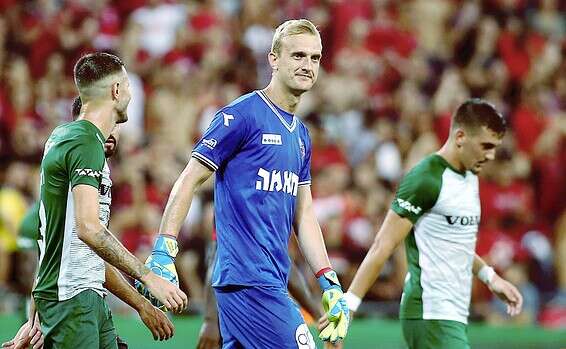 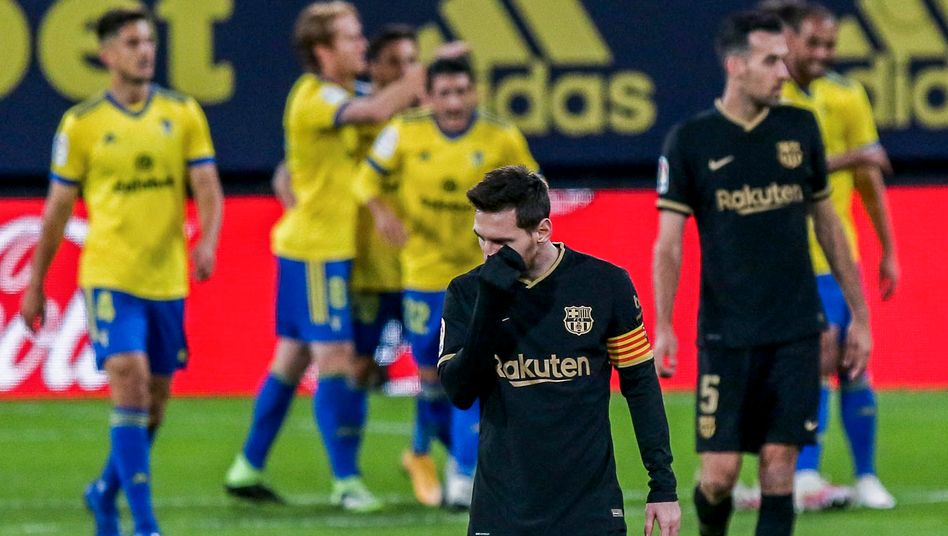 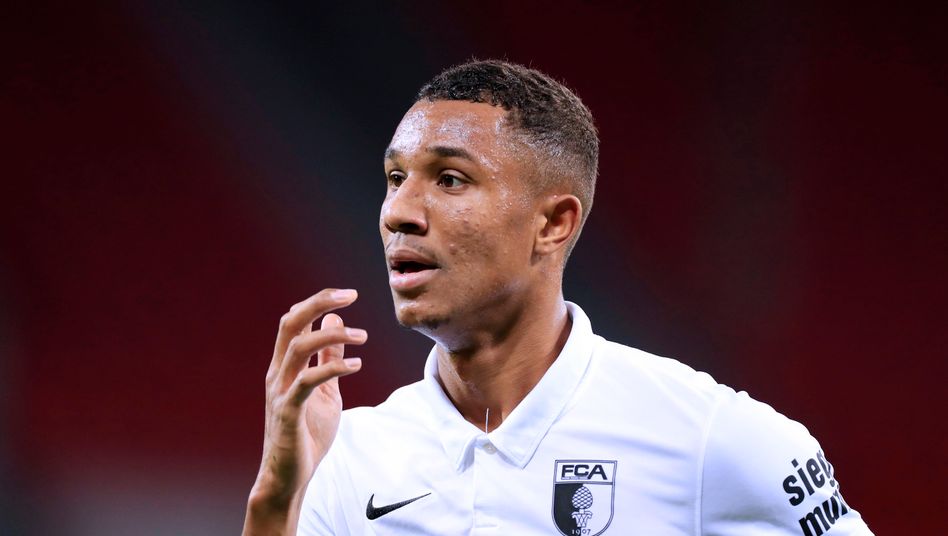 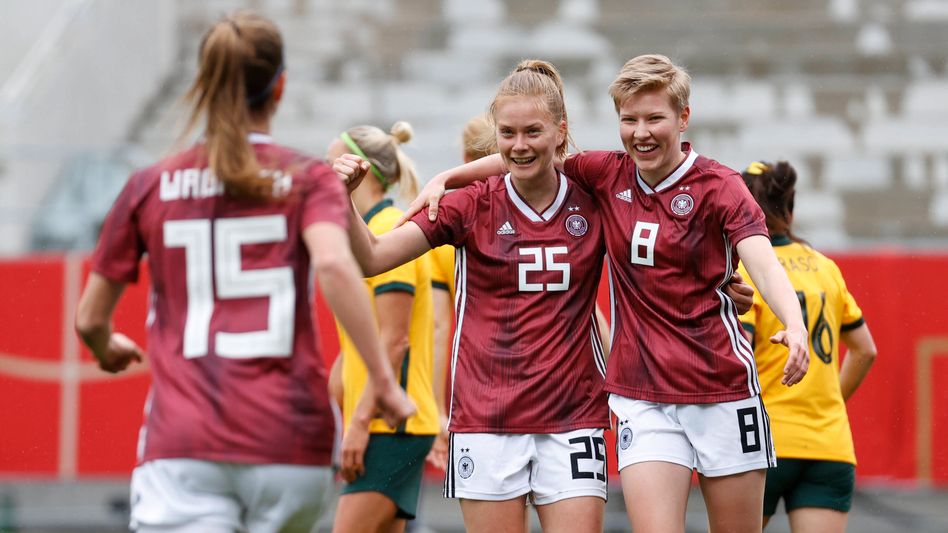