Willy Rotensteiner selected a crew member from his country of origin. Hazan is expected to be appointed to the new position within a month. Eran Sado will continue as fitness coach

Israel: Assistant Austrian coach will replace Alon Hazan, who will coach the Olympics

Willy Rotensteiner selected a crew member from his country of origin.

Hazan is expected to be appointed to the new position within a month.

Willy Rotensteiner will be joined by an Austrian assistant coach who is expected to replace Alon Hazan.

Hazan, who served as assistant coach to Andy Herzog and later also to Rotensteiner, is expected to be appointed coach of the Olympic team within a month.

23 days before the first match of the Israeli team against Denmark in the World Cup qualifiers, it was learned that national coach Rotensteiner has recently put together his team and as an assistant coach he selected an Austrian team member who has already started working from home in Austria to help Rotensteiner prepare for the intense week With the game in Bloomfield against Denmark, through the home game against Scotland three days later and until the game on the 31st of the month against Moldova away.

Will move to coach the Olympic team.

This week the team needs to arrive at peak readiness to take points at the start of the campaign.

Rotensteiner is already sitting on plans for the three games and as mentioned he is getting help.

Eran Sado will continue as the fitness coach of the Israeli team.

Hazan's appointments to the young coach and approval of the technical director of the young teams - Walla! sport

A matter of time: The questions facing the Israeli team and the Football Association - Walla! sport

Israel: Natcho will launch another campaign as captain. Raphaelov in the picture - Walla! sport

The salary remains, the time is short, the bonus is fat: all the details of Willi Rotensteiner's contract with the Israeli team - Walla! sport

As expected: Willy Rotensteiner will continue in his role as national coach - Walla! sport 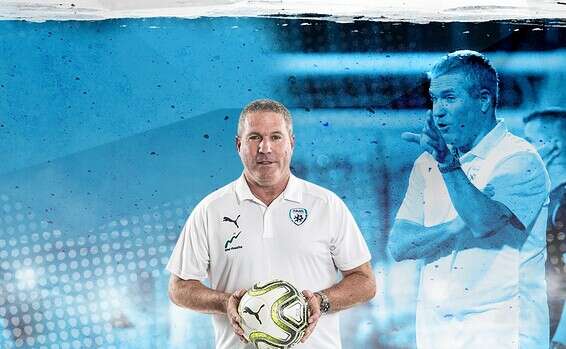