Tennis ace Maxi Homberg (18) from Freising celebrated the greatest success of his young career on the South American tour. 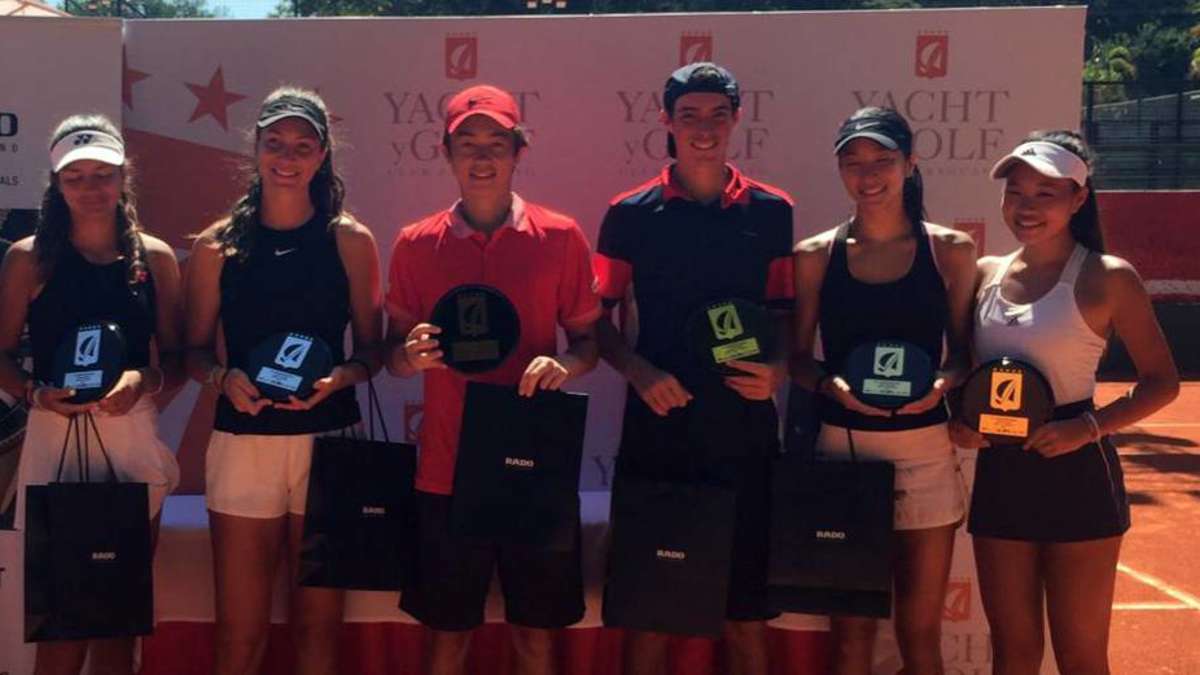 Tennis ace Maxi Homberg (18) from Freising celebrated the greatest success of his young career on the South American tour.

- Maxi Homberg celebrated his 18th birthday at the end of January.

In a small circle with the family, as is only possible in Corona times.

A month later, the future tennis professional has given himself a great gift: The Freisinger won the doubles competition at the high-ranking ITF junior tournament in Paraguay together with Neo Niedner from Frankfurt.

It was his first title that year - and the culmination of a grueling tour through South America.

Maxi Homberg reached important milestones early on on the long and arduous journey into the professional circus.

The prospective high school graduate is a member of the junior squad 1 of the German Tennis Association (DTB), can train as such at the Oberhaching tennis base despite Corona and collect points for the ITF junior ranking, i.e. the youth world ranking, at international tournaments.

And so the 18-year-old Freisinger got on the plane to South America on February 1st.

Also in the entourage of the DTB: national coach Gerald Marzenell, coach Benjamin Benedikter and the U18 players Max Rehberg, Philip Florig, Neo Niedner and Mika Lipp, all from the junior squad 1.

Difficult journey to the Salinas embers

The hardships of the trip were a foretaste of the life of a frequent tennis professional: From Munich, Homberg first went to Madrid and then across the pond to the Ecuadorian capital Quito.

"We spent the night there before we took the plane to Guayaquil at 4 o'clock in the morning," explains the 18-year-old.

From there it was another three hours by bus to Salinas, a city that lies directly on the Pacific coast.

“All in all, we were only on the road for a whole day, if not more.” Advantage: The tournament didn't start until a few days later, “we had enough time to acclimatise and get used to the time change”.

And then there were the temperatures: up to 35 degrees in the shade, bull heat on the hard courts of the tennis facility, plus the high humidity - a real climate shock for Maxi Homberg and the German delegation.

“But I got along well with it.

It is important to drink a lot before and during the match - mineral water with salt helps me a lot, ”he explains.

"It could have been worse."

And in terms of sport, everything went smoothly at first: In the qualification, the Freising first won 6: 0, 6: 0 against local hero Sebastian Reich Espinel and then with 6: 4, 6: 3 against the Czech Vojtech Petr.

"Petr is in front of me in the youth rankings - that was an important victory," says Homberg.

And the next one followed immediately: In the first round of the main draw he prevailed 7: 5, 6: 1 against Martin Antonio Vergara del Puerto from Paraguay - that earned him 60 points for the ITF Junior Ranking.

"It was a close and even game," says Homberg looking back.

Ultimately, the decisive factor was the break he received in the third set when the score was 4: 4.

"Too bad that it did not work out.

But overall it was a successful tournament for me - in view of the strong opponents it could have been worse, ”was his balance sheet.

It was so positive, especially because of his performance in doubles: Together with Neo Niedner, he beat his DTB colleague Mika Lipp and Leo Borg, son of the Swedish tennis legend Björn Borg, 6: 4, 7 in the first round : 6 off.

After a 6-1, 6-1 win against Faria / Pereira from Portugal, Homberg and Niedner were in the semi-finals.

There were only three points missing in the 3: 6, 7: 6, 7: 10 thriller against Alexander Bernard / Dali Blanch from the USA to make it into the final.

Nevertheless: This match made you want more.

The fact that the two young German cracks had come so far turned out to be a disadvantage for Maxi: The DFB entourage had to stay in Salinas for a long time - and after a no less strenuous flight checked in shortly before the start of the second tournament in Lambaré.

“We arrived at 7 o'clock - and at ten I had my first individual in the qualification,” says Homberg.

The problem: In Paraguay the humidity was even more oppressive, plus the tiredness and exhaustion.

In the main round of the clay court tournament, nothing worked anymore: The 18-year-old had no chance against the Serbian Marko Topo - with whom he had played doubles at the Orange Bowl International Championships in December.

“That was quite a kill.

The positive: The Freisinger was able to focus on the doubles from now on.

In the first round Homberg / Niedner had an easy game with Blanco / Yakusik from Paraguay at 6: 0, 6: 1.

The semifinals were literally a walk in the park because the opponents from the USA did not play.

It was up against DTB colleagues Max Rehberg and Philip Florig, of all places.

"There were long rallies because Neo Niedner and I both like to play from the baseline," says Homberg.

For Maxi Homberg, winning a category J1 tournament was the greatest success of his young career so far.

"A great thing, the trip was worth it," said Homberg happily.

What else did he take with him from South America?

"I've seen that a lot depends on how well you are on the day and that in principle I can keep up with almost everyone."

Homberg is in 73rd place in the junior ranking

Now Maxi Homberg is back in Germany.

At school - the 18-year-old attends the private high school in Schwetzingen near Mannheim - there are a number of exams, especially in his main subjects Latin, mathematics and sport.

When it came to tennis, it was time to take a break.

“Thanks to a special permit, we didn't have to go into quarantine after our return.

But as a precaution we shouldn't come to the Oberhaching tennis base for a week, ”says Homberg, who is now 73rd in the youth world rankings.

And even with the jump into the top 50 it could soon work: From March 23rd he wants to start at the J1 tournament in Villena, Spain.

Let's see if there is the next reason to celebrate for the young Freisinger.

Stick shooting: Felix Karpfinger experienced a rollercoaster of emotions at the EM 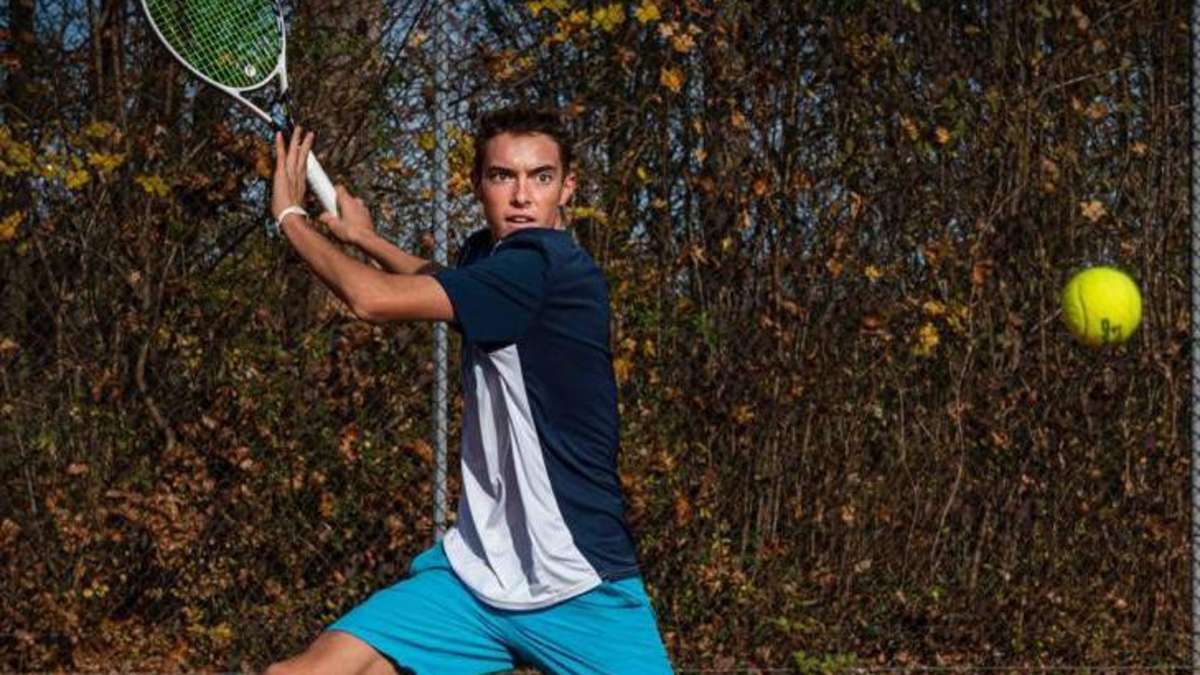 Maxi Homberg climbs the next step on the career ladder 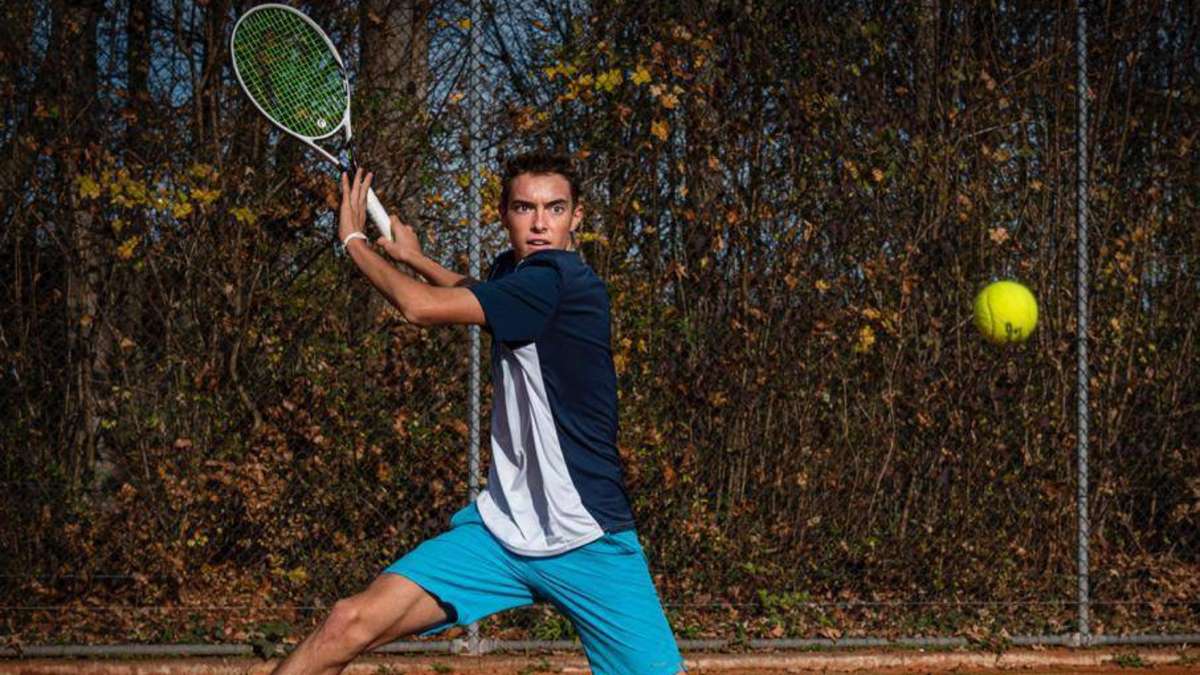 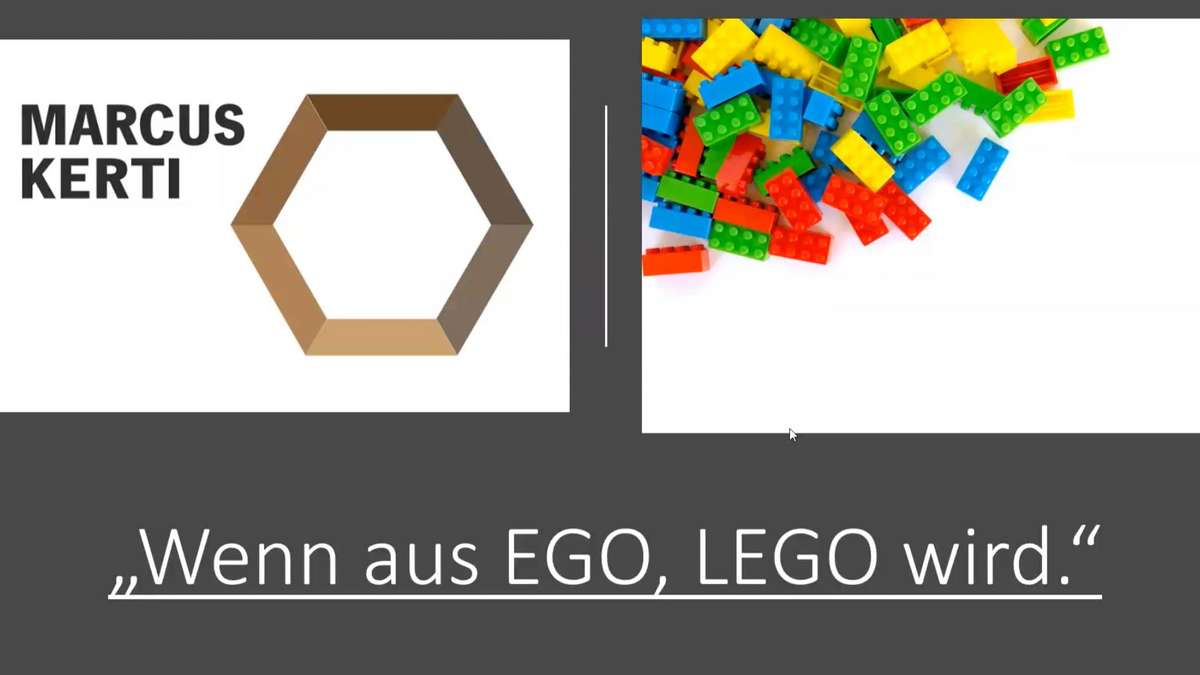 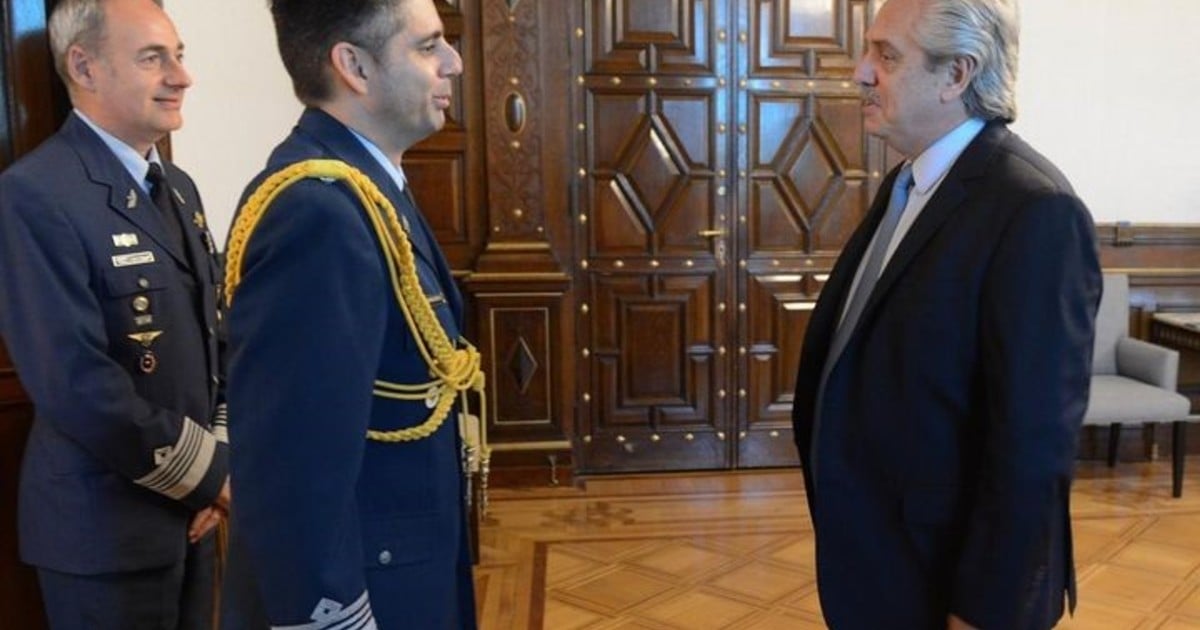 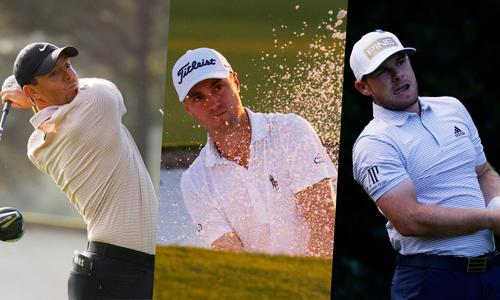 Climbing and Corona: A dark chapter - and no end in sight 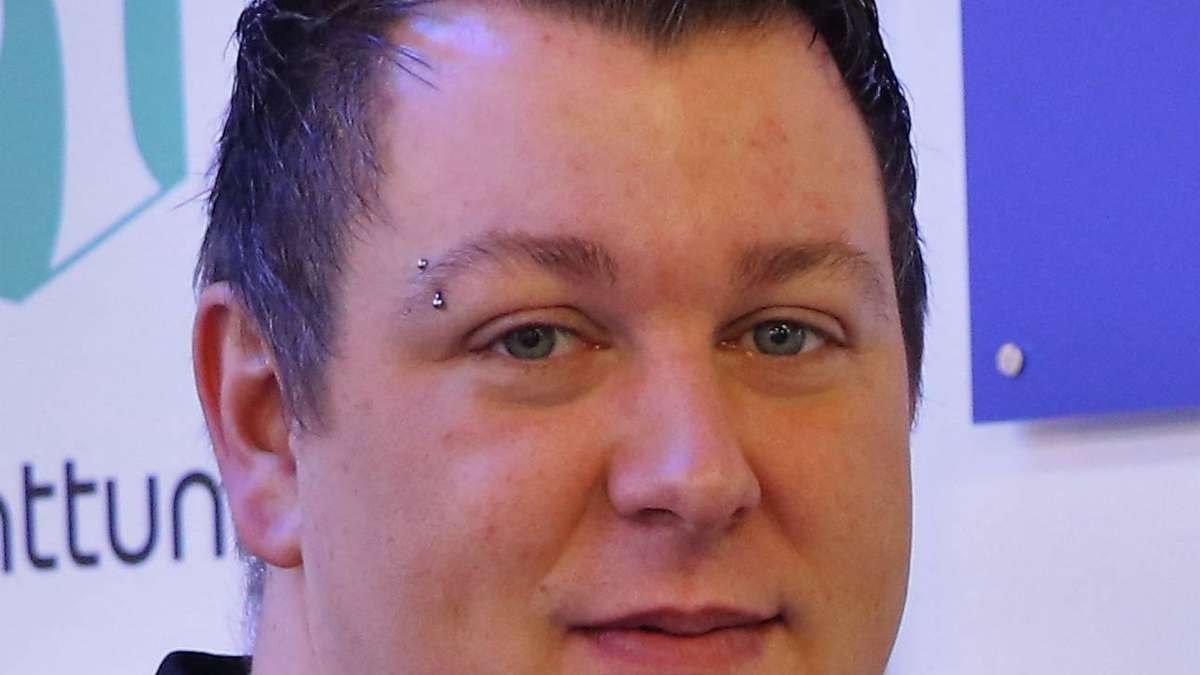