Open game until almost the 60th minute: Tölz breaks the negative series with 6: 3 in Nauheim, but has to wait a long time for the decision.

Open game until almost the 60th minute: Tölz breaks the negative series with 6: 3 in Nauheim, but has to wait a long time for the decision.

Bad Nauheim / Bad Tölz - It was a bit like a basement duel: Both teams with a series of defeats in a row.

Both with the absolute will to break the series.

A correspondingly competitive, quite appealing game on Tuesday evening.

And again it got tight: Nauheim lost almost all of the previous games by just one goal difference - including the home game in Tölz 3: 4.

This time the lions prevailed 6: 3.

But the result just sounds clear.

Until a minute before the end it was 3: 3, everything was open.

Reid Gardiner took the decisive lead before Lubor Dibelka and Max French put the lid on the empty goal.

It was a long way to go, however.

More emphasis was placed on attack on both sides.

The lions with the better start.

The Tölz top scorer Max French made it clear straight away that he didn't like his goalless doldrums.

After just 46 seconds, he ended his personal negative series and made it 1-0.

He has now taken the lead among the DEL 2 scorers with 30 goals.

Because it was only the first of three hits by the Canadian.

But first came the bottom of the league.

The Hessians could not be brought out of the deficit, got better and better into the game, the equalization only seemed a matter of time.

“Nauheim was the better team in the first third,” admits Gaudet.

And it was only logical that Kelsey Tessier got it, one of the best Nauheimers that evening.

The lions traveled with 13 field players, but did not show any great wear and tear in terms of speed despite the intense game.

They had slightly better chances after equalizing.

Only the concentration on the part of the guests decreased a little over time.

But the Tölz goalkeeper Maximilian Franzreb was in good shape again and prevented Frédérik Cabana and the ex-Tölz Stefan Reiter from having great chances.

A bit of luck was also there, because three times the gate rod saved Tölz from falling behind.

Somewhat surprisingly, Bayern took the lead in this urgent phase of the Hessians.

It was Reid Gardiner after a nice one-two with Philipp Schlager, who also broke the knot after three games without a goal, 2: 1.

But it remained tight, only two minutes later the ex-lion Christoph Körner outnumbered to equalize again.

The lions with the greater will to win

In the final section, both were a bit cautious, neither wanted to fall behind.

It wasn't until the Tölzer Powerplay shortly before the end that something stirred again - and really.

After the penalty time was over, it got strange: French took the third Tölzer lead, but immediately after the pass Tessier managed to equalize the home side again.

But now the lions showed the greater will to win, Gardiner somehow poked the disc over the line in the crowd, and after the next face-off Dibelka increased to 5: 3, and seconds before the end while driving on the orphaned gate on French, he made his own Three pack could lace. Barcelona make the Remontada and qualify for the King's Cup final Hattin, Al-Ittihad and Al-Karama complete the semi-finals of the Republic Cup for Football 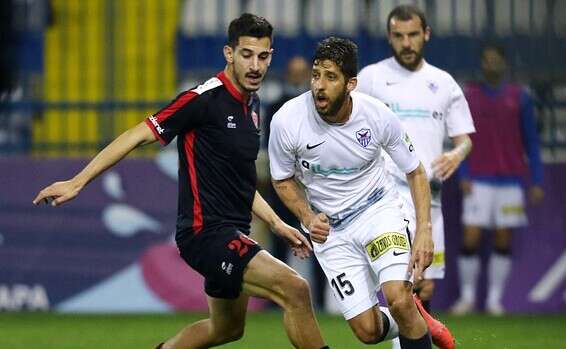 The "Galtier Time": The impressive success of Lille in the last minutes