The Nordic World Ski Championships are in the second week. The men's 15-kilometer freestyle is about to begin - we are accompanying the race in the live ticker.

The Nordic World Ski Championships are in the second week.

The men's 15-kilometer freestyle is about to begin - we are accompanying the race in the live ticker.

At the skiathlon on Saturday, the German cross-country skiers could not do anything against the mighty Norwegians, the Russian gold medal winner Alexander Bolschunov also hurried the DSV athletes.

In the freestyle race over 15 kilometers, the runners now want to do better, from 1:15 p.m. Friedrich Moch will be Jonas Dobler, Florian Notz and Lucas Bögl.

The decisions have probably been made here: Gold for Johaug (Norway), silver for Karlsson (Sweden), bronze for Andersson (Sweden).

The German hopes are far from the medals - Victoria Carl is currently fourteenth, Pia Fink is in 20th place. The race is still running, but the strongest runners have already crossed the finish line.

At this point we end the live ticker and thank you for reading.

place is becoming increasingly clear: it will be Frida Karlsson.

The Norwegian takes more than a minute from Andersson, which is expected to land in third place.

A show of strength!

Charlotte Kalla is ten seconds faster than Haga and takes the lead.

Alone on the heavy Burgstall, she takes 20 seconds from pursuer Ebba Andersson!

Nobody even comes close to that.

Ragnhild Haga takes the lead, Victoria Carl is also in the finish - currently third for her.

hold a candle to

The Swede Frida Karlsson is the closest, she is eight seconds behind after five kilometers.

The first athletes are at the finish.

After five kilometers, the result is the following intermediate result: Kalla before Haga and Carl.

But there will soon be a new leader.

Johaug shows who is the boss here.

In the first split, she took the lead with a six-second lead.

Half of the athletes are now on the track.

Therese Johaug has also started - she is the top favorite.

The Swede Frida Karlsson takes up the chase.

The Czech Katerina Janatova takes the lead in the first intermediate time.

Ebba Andersson is in the race, she took bronze in the skiathlon.

Good start for the German.

With Tiris Udnes Weng and Charlotte Kalla, the first co-favorites are on the route.

What can you do today?

Carl is in the running.

In the first split, the Canadian Cendrine Browne is ahead - Pia Fink follows in second place.

The last German starter Victoria Carl is still waiting for her starting shot.

The time will come soon.

Pia Fink and Lisa Lohmann are now on the trail.

For the DSV runners, everything under the top 20 is a success.

The start action will drag on for the 88 athletes for a long time.

The German starters are all early, now Antonia Fräbel is in the race.

The athletes start one after the other, similar to the biathlon sprint.

The athletes are ready, it's about to start!

Who will win the 10 kilometer freestyle?

Yesterday was the day off - today it's back to business.

So far, German cross-country skiers have missed out on the Nordic World Ski Championships.

If no miracle happens, it will stay that way today.

Nevertheless, the battle for the podium promises to be very exciting.

In just over an hour, the starting gun will be fired in Oberstdorf!

The 10 kilometers in free style are characterized by one name: Therese Johaug.

Is she getting her next gold medal today?

Perhaps the German athletes will also succeed in a surprise.

We are there live.

Oberstdorf - At the Nordic World Ski Championships *, the German athletes have so far shown a changeable face: top in ski jumping, flop in the cross-country ski run.

Some decisions are still pending, for example the 10 kilometer freestyle for women.

Katharina Hennig is not in the squad for the ten-kilometer race in free technology.

Nordic World Ski Championships: women's freestyle in the live ticker - Hennig is missing in the line-up

The 24-year-old Hennig from Oberstdorf by choice has her strengths in the classic technique, but this winter also achieved decent results in free style.

At the home World Cup in Allgäu, things have so far been more than mixed for the German hopeful.

At the skiathlon over 15 kilometers last Saturday, Hennig, who had already achieved an individual podium at the Tour de Ski this season, did not get past 29th place.

For the cross-country skiing division, Pleiten (Lucas Bögl as the best man in the 29th skiathlon), Pech (Janosch Brugger lost his skis in the team sprint) and Pannen (overgrown skis with skiathlon hope Katharina Hennig) are all about success.

"Because if we are honest: At our level of performance, we simply do not fight for medals here," says national coach Peter Schlickenrieder.

Also in the two seasons on Thursday and Friday it would take a miracle for the first cross-country ski run precious metal since 2011. (epp / dpa) 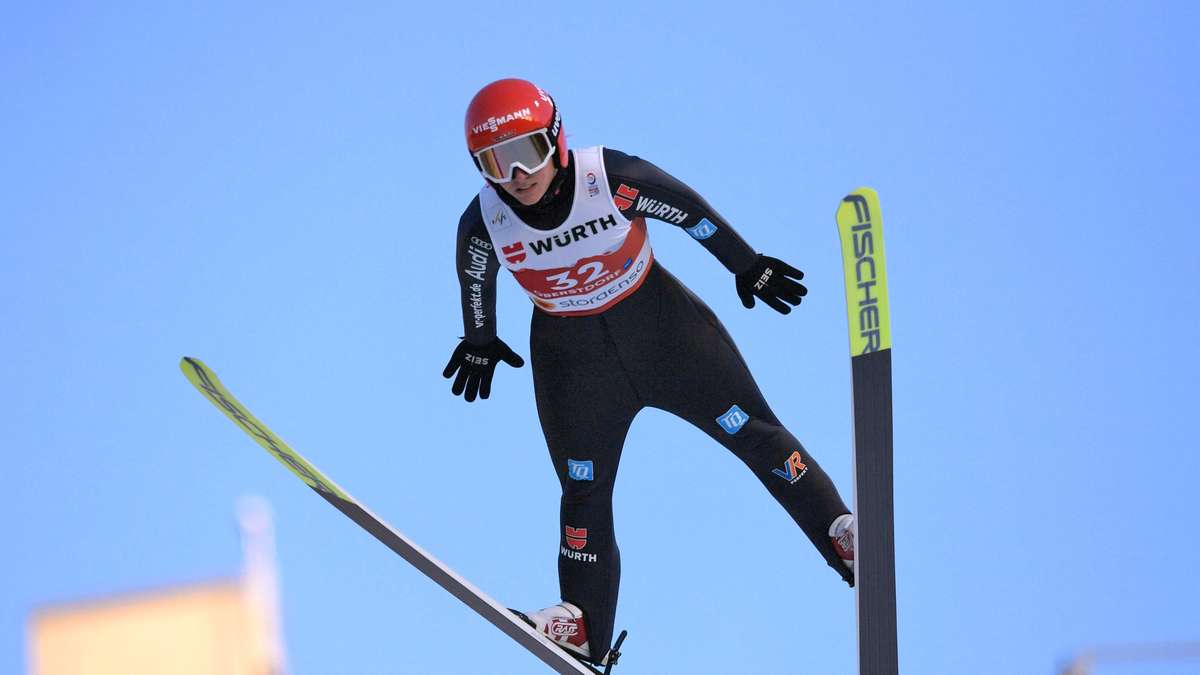